Pellet Guns in Kashmir: The Lethal Use of "Non-Lethal" Weapons

The use of pellet guns in Kashmir is a clear violation of human rights and humanitarian law – and needs to be banned immediately. 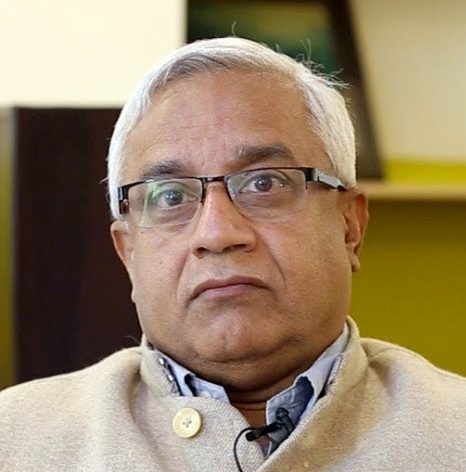 The government of India and the state government of Kashmir must immediately order their police forces to immediately stop using pellet guns and the lethal cartridges that they use. Any further usage of such weapons, which have caused extensive, arbitrary deaths and grievous wounds, would be not just callous, but a criminal act.

Since July 9, 2016, in the aftermath of the killing of Hizbul Mujahideen leader Burhan Wani, large scale protests and funeral gatherings have been taking place across the Kashmir Valley. The apparently indiscriminate use of allegedly “non-lethal” weapons like pellet guns to control crowds has resulted in 43 civilians having lost their lives so far. Hundreds have been blinded and a few thousand injured.

A curfew remains in effect in several parts across the Kashmir Valley. Additionally, mobile telephone networks and internet services remain dismantled, reportedly to prevent further agitation. Newspapers failed to publish for five consecutive days due to raids on their offices and printing presses, till they started again on July 21.

Protests in Kashmir have primarily involved stone throwing from demonstrators, with police and security force personnel responding with gunfire from firearms or pellet guns. The indiscriminate and excessive force used by state forces in Kashmir has no parallel anywhere in India.

Stone throwing does not give police the right to shoot at protestors indiscriminately. Deadly force should only be used when it is unavoidable and proportionate to the crowd’s actions. Proportionality, necessity and calibration are key principles governing the use of force within national and international law.

The introduction of pellet guns

Pellet guns were first introduced in Kashmir in 2010 for crowd control as a “non-lethal” alternative to other deadlier weapons. Nevertheless, in 2010, 14-year-old Irshad Ahmad Parray and 20-year-old Mudasir Nazir lost their lives to pellet gun injuries. These boys are two of ten victims who have been killed by pellet guns since 2010, yet these guns are considered the better option, a “non-lethal” choice to control crowds. It is reported that at least 92 people have lost their eyesight and at least 1,500 people have sustained serious injuries from pellet guns since 2010.

Domestic procedures on crowd control should reflect international expectations of proportionality and necessity. In an unnamed official document, provided by a confidential source, it is dictated that crowd control tactics must aim to minimise collateral damage and avoid the loss of human life, and that during training, an emphasis should be placed on respecting human rights. On paper, these procedures should protect Kashmiris, but in reality they are not followed.

During a crowd control operation, only two to five officers should have non-lethal weapons and banners should be used to warn the unlawful assembly prior to the deployment of any force. Additionally, the document states that when firing becomes necessary, which is only after efforts are made to disperse a crowd without force, every attempt should be made to fire below the waist. With the number of eye injuries Kashmiri citizens are facing, it is hard to believe that any attempt was made to fire below the waist.

Moreover, if shooting is resorted to, firing must be in single shot mode. Yet pellet guns fire hundreds of tiny shots with each cartridge. This goes hand in hand with the requirement that fire only be directed towards the most violent sections of a stone-pelting mob, not the mob in its entirety. Pellet guns do not offer effective aim to target the crowd accordingly and many peaceful protestors and bystanders have been injured during their use.

Furthermore, this document orders that women and children demonstrators only be dealt with by female officers and that water cannons, tear gas smoke, and if necessary stun grenades be used to disperse these demonstrators. The number of young victims affected by the current crowd control measures in Kashmir, particularly young boys, and the use of pellet guns on women and children refutes that this objective has been upheld.

Regrettably, the current state of law in India grants government officers impunity for even the most serious human rights violations, including the current pellet attacks and breakdowns in crowd control procedure. The Indian Criminal Procedure Code (CrPC) produces de facto immunity for police officers, members of the armed forces and other government officials. Section 197 of the CrPC says that no court has jurisdiction over an alleged criminal offence committed by a government official “while acting or purporting to act within the discharge of his official duty”, without first obtaining authorisation from the requisite central or state government.

In contrast, the case of Shaimaa’ El-Sabbagh, in undemocratic Egypt, illustrates accountability not seen within India’s legal system. El-Sabbagh was a 31-year-old activist who died during a public assembly as a result of birdshot injuries. This case resulted in the sentencing of a police officer to 15 years for her death.

Moreover, following the Koothuparamba incident in 1994, in Kerala, police officers were charged with murder and had to fight the case on appeal for exoneration. The officers were exonerated as a result of the impunity available to them.

Although both of these were rare cases of prosecution, Kashmiri’s are unable to even fathom charges of this nature being levied against a police officer.

Ironically, the same day that Burhan Wani was killed, the Supreme Court of India made a decision in Extra Judicial Execution Victim Families Association v. Union of India discussing fake encounters in Manipur and “the illegality of the use of excessive and retaliatory force by the army, security forces and police”. The Supreme Court noted that the rule of law applied “even when dealing with the enemy”. This commitment, however, is breached everyday in Kashmir. The court went on to hold that an unending state of unrest could not “be a fig leaf for prolonged, permanent or indefinite deployment of the armed forces as it would mock at our democratic process.”

A violation of international standards

The Indian government is violating international standards with its current response to protests in Kashmir. Specifically, the government is violating the UN Basic Principles on the Use of Force and Firearms by Law Enforcement Officials and the UN Code of Conduct for Law Enforcement Officials. The basic principles state that, “Law enforcement officials…(must) apply non-violent means before resorting to the use of force”. Additionally, provision five states, “whenever the lawful use of force and firearms is unavoidable, law enforcement officials shall: (a) exercise restraint in such use and act in proportion to the seriousness of the offence… (b) minimize damage and injury… (c) ensure that assistance and medical aid are rendered to any injured or affected person at the earliest moment…”

In Kashmir, restraint is not being exercised, injury is not being minimised and medical assistance is not ensured. Pellet guns are not a proportional response to the current protests. Far too much harm has been inflicted, particularly involving people’s eyesight, far too many bystanders, including children, have been injured and medical assistance comes only at the risk of being arrested and prosecuted.

When the police are involved in crowd control efforts, they must distinguish between violent protestors, peaceful protestors and bystanders. The pellet gun cartridges in Kashmir fire a large number of small pellets over a wide range, they are not targeted. Even the inspector general of the Jammu and Kashmir police acknowledged that pellets do not have a predictable trajectory.

Basic principles 13 and 14 discuss protests, stating, “in the dispersal of assemblies that are…non-violent, law enforcement officials shall avoid the use of force” and “in the dispersal of violent assemblies, law enforcement officials may use firearms only when less dangerous means are not practicable”. Further, firearms can only be used in the conditions stipulated under principle 9 – “self-defense or defense of others, against the imminent threat of death or serious injury, to prevent serious crime involving grave threat to life…”

All of the conditions stipulated pose a much greater risk than stone throwing. The magnitude of the circumstances is hardly comparable, yet pellet guns are being used on the people of Kashmir and have been since 2010.

Moreover, the basic principles require that, “in cases of death and serious injury or other grave consequences, a detailed report shall be sent promptly to competent authorities.” Hence, authorities should be reporting and investigating every instance of serious injury resulting from the use of pellet guns. However, instead of investigating these injuries, police personnel are attacking ambulances and searching hospitals to make arrests.

Under article 3 of the UN Code of Conduct for Law Enforcement Officials, “law enforcement officials may use force only when strictly necessary”. The code continues, “in general, firearms should not be used except when a suspected offender offers armed resistance or otherwise jeopardizes the lives of others”. Furthermore, the introduction to the code states, “every law enforcement agency should be representative of and responsive and accountable to the community as a whole”. However, the current state of conflict in Kashmir illustrates a clear divide along religious and cultural lines.

In 2013, the Jammu and Kashmir State Human Rights Commission (SHRC) stated that, “the use of pellet guns by government forces was a serious threat to life”. The SHRC declared that the petitions submitted regarding ten people who received serious bodily injury from pellet guns made out a prima facie case of a human rights violation. The commission also reminded law enforcement agencies that they must follow standard operating procedure and use minimum force.

That same year, the Jammu and Kashmir high court rejected a petition filed seeking a ban on the use of pepper gas and pellet guns for crowd control.

The use of pellet guns as a crowd control tactic must be banned. Since 2010, these “non-lethal” weapons have caused serious injury and severe harm to thousands of Kashmiris. The use of pellet guns in Kashmir in reaction to the current protests is a clear violation of human rights and humanitarian law. These weapons have neither been used proportionally nor in compliance with international standards on the use of force or domestic standards on crowd control.

Ravi Nair is director of the South Asia Human Rights Documentation Centre. He can be reached on ravinairsahrdc@gmail.com