J&K should have come under the purview of the Act since October 31. Yet there is no clarity as to by when it will be brought in the UTs. 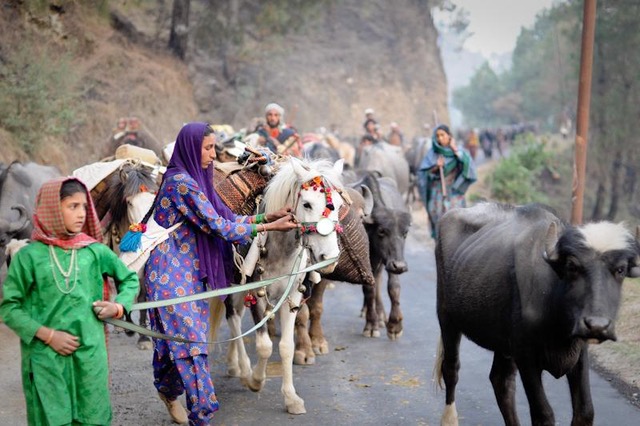 Srinagar: For decades, the tribal communities of Gujjars and Bakerwals have faced marginalisation in Jammu and Kashmir. In recent years, these nomadic people have even been driven out of the forest areas of Jammu.

When the Centre extended the Scheduled Tribes and Other Traditional Forest Dwellers (Recognition of Forest Rights) Act, 2007 to J&K last October, the landless tribals had assumed they would finally get the rights they have been fighting for decades.

But that seems far from reality. The implementation of the law, also known as the Forest Rights Act (FRA), has not taken place, even after the passage of nearly three months.

Under the FRA, tribals get legal protection against eviction from forests. They are also entitled to other rights including cattle grazing, access to water resources, forest-based livelihood rights and minor forest produce rights.

The J&K law secretary Anchal Sethi said there has been no progress made on the implementation of the Act. “It has to be implemented by the forest department. But they are not clear on how to go about it,” he said.

According to Sethi, the law department will come in only when the forest department sends proposals for changes, if needed, in the rules envisaged in the Act. “We haven’t got anything from them so far. There is thus no progress on its implementation,” he said.

The commissioner and secretary of the J&K forest department, Sarita Chauhan, told The Wire on Monday that the law “stands implemented” in J&K since October 31. Asked if the department has completed the required procedures for rolling out the FRA and if tribals could apply for the rights guaranteed under it, Chauhan dropped the call she was on with this correspondent.

Also read: FRA Can Now Be Implemented in J&K – so Why Hasn’t It Been Implemented?

She did not respond to subsequent repeated calls from The Wire till Tuesday evening for comments.

“The tribal department should push for it. But, nothing concrete has been done so far,” the official said, insisting that he does not wish to be named.

The secretary, tribal affairs, Abdul Majid Bhat said the law will be implemented. But he did not specify the timeframe for its implementation. “When a Central Act becomes applicable it automatically stands implemented,” he answered when asked.

Asked if the department has ensured completion of the procedures for its implementation, he said, “That will be done. When I will get (the direction) from the government of India that the law is applicable (to J&K), we will start it,” he said and dropped the line.

The FRA was implemented across the country in 2006, granting tribal communities the right of settlement in forest areas. Till then, they were described as “encroachers”.

The law became applicable to J&K on October 31, 2019, when J&K Re-Organisation Act, 2019, was implemented in the erstwhile state after the Centre scrapped the region’s special status on August 5 last year. The Act was one of the 106 central laws extended to J&K.

No clarity over cut off date

Another official in the office of J&K chief secretary said forest, tribal and revenue departments would be involved in the implementation of the FRA on the ground. He said the FRA gives “title rights” to land farmed by tribals or forest dwellers as on December 13, 2005, up to a maximum of four hectares. He, however, said it was not clear which date J&K would set as the cut-off date.

“The implementation of the law is a long drawn process. If at all the government shows seriousness, it would take a few months,” the official said, insisting not to be named, adding the Union tribal ministry had also proposed the constitution of chief secretary-head panel for J&K and Ladakh Union Territories to finalise the rollout of the FRA.

At the district level, the committees headed by the deputy commissioners concerned would see its implementation, the official said, and added the government would be needed to run massive campaigns to educate tribals, classified as Scheduled Tribes, to apply for the rights.

These nomadic people spend summers in high altitude pastures of Kashmir and Ladakh. In winter, they return along with their livestock to the plains of Jammu and different areas of Rajouri and Poonch. While Bakerwals primarily rear goats and sheep, Gujjars rear cattle.

Since 2015, when the BJP first rose to the power in J&K, the media has been reporting about harassment of these nomadic tribes in Jammu forest areas. The creation of the J&K tribal affairs department was seen as an attempt to address their concern. But the BJP, which was PDP’s ally in the previous government, continued with their opposition to settlement of the nomadic groups in the forests.

In February 2016, a young boy, Yaqub Gujjar, was killed in Samba district during the eviction of Gujjars. This prompted then Mehbooba Mufti-led government to issue an order, banning eviction of nomads without prior approval of the tribal affairs department.

But that did not go well with her ally. In fact, senior BJP leader Ram Madhav, during a press conference in Jammu, highlighted this issue and asked the J&K government to withdraw the order.

As these tribals continue to struggle to get the rights, last week, the former Union Secretary, E.A.S. Sarma flagged the issue of implementation of the FRA in J&K in a communication to the Union home secretary, A.K. Bhalla.

“Now that FRA has become applicable to J&K, there should be no problem whatsoever for the authorities in the UT to invoke the powers under that Act and grant both individual and community occupation rights to the Bakerwals and the other STs,” Sarma writes in the letter, a copy of which is in possession of The Wire.

Sarma, who served as secretary to the Union government in the ministries of power and finance before resigning from then Vajpayee government had raised the issue with President Ramnath Kovind and then J&K governor, N.N. Vohra, in separate communication in April 2018 and May 2018 respectively.

Talking to The Wire, Saram confirmed he wrote to the home secretary last Saturday. “The Modi government had promised to implement all good legislation in J&K. What happened to the promise now? Why aren’t they implementing this law (FRA) in J&K?” he asked.

Senior PDP leader and former tribal affairs minister, Zulfikar Choudhary said the nomadic groups were living in a “constant state of pain.” “They are not welcomed in plains by people in Jammu and are harassed by the forest department inside the forests. Where shall they go,” he said.