The changes are an erasure of Kashmir’s history and a project in creating homogeneity – so that there is no legal difference between a Kashmiri and someone from any part of India who has lived in Kashmir for a specified period. 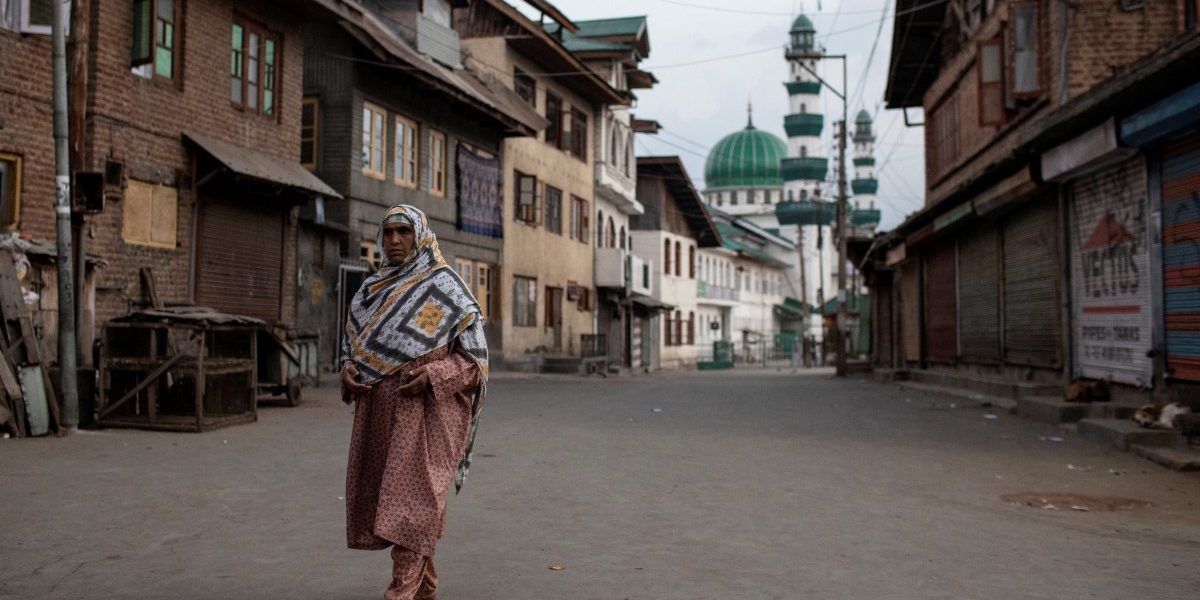 In the absence of any representative government in Jammu and Kashmir, the Centre has exercised undiluted and direct control in the region through a bureaucratic administration since June 2018.

Last week, the Jammu and Kashmir administration notified the Jammu and Kashmir Grant of Domicile Certificate (procedure) rules, 2020. These rules provide a fast-track procedure for issuance of Kashmiri domicile certificates, within 15 days, to people from any part of India. The sense of urgency to legalise the region’s new status is further underscored in the new rules since non-compliance with the time frame provided therein attracts a penalty of Rs. 50,000 from the salary of an errant officer.

The domicile certificate has been made mandatory for employment in Kashmir following amendments to the Jammu and Kashmir Civil Services rules. Eligible individuals from any part of India will also be granted the right to purchase immovable property in J&K, something that has not been possible till now in J&K and is still not possible in those parts of India governed by special laws and provisions.

Over the past one year, we have observed a grotesque, euphoric celebration by a broad cross-section of people across India on the disenfranchisement and dispossession of Kashmiris through these legislative changes. In response, Kashmiris have realised that we cannot indulge in the luxury of despair and despondency. We need to, and will continue to, engage in the persistent labour of resistance and hope, despite the reckless violation of our rights, and of democracy, by the Indian state.

The new ‘domicile’ rules are a major departure from an established body of historical precedent, law and jurisprudence. This position was guaranteed to Kashmiris under the Delhi Agreement of 1952, the Presidential Order of 1954, Article 35A of the constitution of India and Part III Section 6 of the constitution of Jammu and Kashmir.

These instruments and articles recognised the right of Jammu and Kashmir to define its citizens, known as “permanent residents” or popularly called “state-subjects” based on a 1927 notification by the erstwhile king of Jammu and Kashmir. Through the new rules, with retrospective effect, a “permanent resident” has now been replaced with “domicile” even though no instrument has ever granted such power to the Indian government.

The rules grant eligibility of domicile to new classes of people, including migrants, Central government employees, Indian armed forces personnel and their children who meet the eligibility criteria.

It is pertinent to add that in this new arrangement, there is no space for a diaspora Kashmiri whose parents do not have an existing certificate of permanent residence, to obtain domicile without living in the region for 15 years or serving the Indian government for 10 years. Effectively, the child of an Indian citizen from any part of the country is eligible, even if the child has never lived in Kashmir, but the child of a diasporic Kashmiri may not be eligible if the parent does not possess an existing certificate of residence.

Despite the Indian state being overwhelmed with the economic collapse, migrant labour crisis and  COVID-19 pandemic, the desire to subdue the Kashmiris has been funnelled with astringent and virulent zeal. It drives home the message to the people of Kashmir that nothing, not even a medical emergency, can prevent the Indian state from doing what it wants to do in J&K.

The rules do not merely grant people from all parts of India a right of residence in Kashmir. They also engineer a situation where Kashmiris must submit a certificate of permanent residence for verification of domicile if Kashmiris want the jobs where a domicile certificate is now required.

The certificate of permanent residence was a constitutionally valid document and has been held by numerous judgments to be a “conclusive proof of residence”. Under the new rules, it merely carries evidentiary value for residence. Therefore, if a Kashmiri fails to meet the new criteria, whether by malice, manipulation or by design of the new rules, the revocation of residency rights will inevitably lead to their involuntary transfer from Kashmir in search of shelter and employment. All these initiatives have sparked fears of demographic change, militarised settlements, dispossession and alienation of land in Kashmir.

It is relevant to mention that since 1995, Israel has been escalating the use of residency revocation as a punitive measure when the Israeli interior ministry started reinterpreting the 1952 Law of Entry. In 1952 Israel enacted its own Nationality law and repealed the Palestine Citizenship Order of 1925.

The revocation of residency forms part of a widespread and systematic policy to transfer the protected Palestinian population, and may amount to a crime against humanity under Article 7 of the Rome Statute, to which Palestine is a party.

For Kashmir, the new domicile rules are just another reminder that the Indian government can alter its position at any point to suit the circumstances. Earlier, Prime Minister Modi had given an assurance to a delegation of members of a pro-India political group that the interests of J&K residents would be protected in government jobs and land laws. However, by these changes, all eligible Indians can compete against J&K residents for jobs and benefits, indicating how much respect the prime minister has even for pro-India politicians, as well as how much he values his own words. While earlier, a total of 480,000 government jobs were only for permanent residents, the new law opens the field for any Indian citizen who has been living in the state for a certain period.

This is especially disconcerting at a time when the 2016 Economic Survey Report had pegged a quarter of J&K’s population between 18 and 29 as unemployed. The diminution of our rights is set to increase the levels of unemployment as well as hasten the disenfranchisement of Kashmiris while setting the stage for demographic changes. With the dilution of their ‘domicile’ status, Kashmiris will find it difficult to obtain work in most sectors of employment. While the rules are silent on this aspect, there are fears that through incremental displacement of rights, Kashmiris could also lose benefits from welfare schemes for food, health care, children, the elderly and people with disabilities.

These changes are an erasure of Kashmir’s history as a princely state that was not under direct British rule, and a project in creating homogeneity – so that there is no legal difference between a Kashmiri and someone from any part of India who has lived in Kashmir for a specified period.

Kashmiris were once state-subjects of a princely state. We were then made permanent residents of an autonomous state within the Indian Union. Today we are being made ‘domiciles’ of a Union territory, that too, without our consent. Extrapolating from the developments taking place, it is not hard to imagine the Kashmiri landscape seeded with predatory militarised settlements similar to Palestine. The implications can only be calamitous.

The threat of demographic change, loss of livelihood and increased competition for scarce resources is bound to electrify an already incensed population. In any sensible democracy, this situation would be alarming but authoritarian and xenophobic actions seen over the last year suggest that Modi’s government is neither sensible nor democratic.

Mirza Saaib Bég is a Kashmiri lawyer and an alumnus of NALSAR University of Law. He is a candidate for Master’s in Public Policy at the Blavatnik School of Government, University of Oxford as a Weidenfeld-Hoffman scholar.