Kashmir: After 19 Years, Victory for Mother of Man Who Disappeared in Army Custody

But 70-year-old Bhatki Begum is determined that the army major who is the main accused in the case will also be punished. 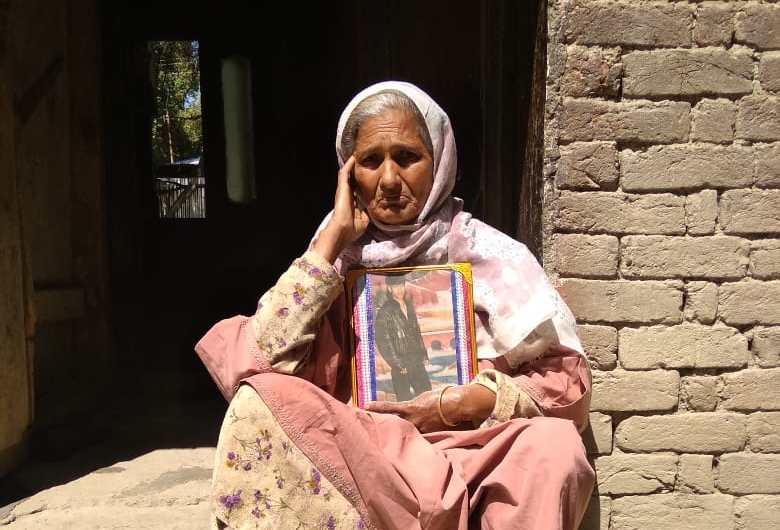 Srinagar: Seventy-year-old Bhakti Begum of Tragpora, Rafiabad, is as inconsolable today as she was in 2001, the day her son was picked up by the army and government gunmen.

Her then 28-year-old son, Manzoor Ahmad Wani, a driver by profession, disappeared while in custody of the army. But in the 19 years since that happened, Bhakti Begum has never given up her search for him. Nor has she ever stopped her fight for justice.

Late in August, Bhakti Begum’s relentless efforts helped convict an Ikhwani (government gunman) involved in the abduction of her son. This is a rare situation. Members of the armed forces and former government gunmen who have violated human rights in Kashmir tend not to face repercussions. But as big as this victory might be, Bhakti Begum’s fight has not yet ended. She is determined to ensure that the army major who is the main accused in the case is also punished.

Bhakti Begum’s son’s custodial disappearance was the first case from Jammu and Kashmir taken up by the United Nations Working Group on Enforced or Involuntary Disappearances. 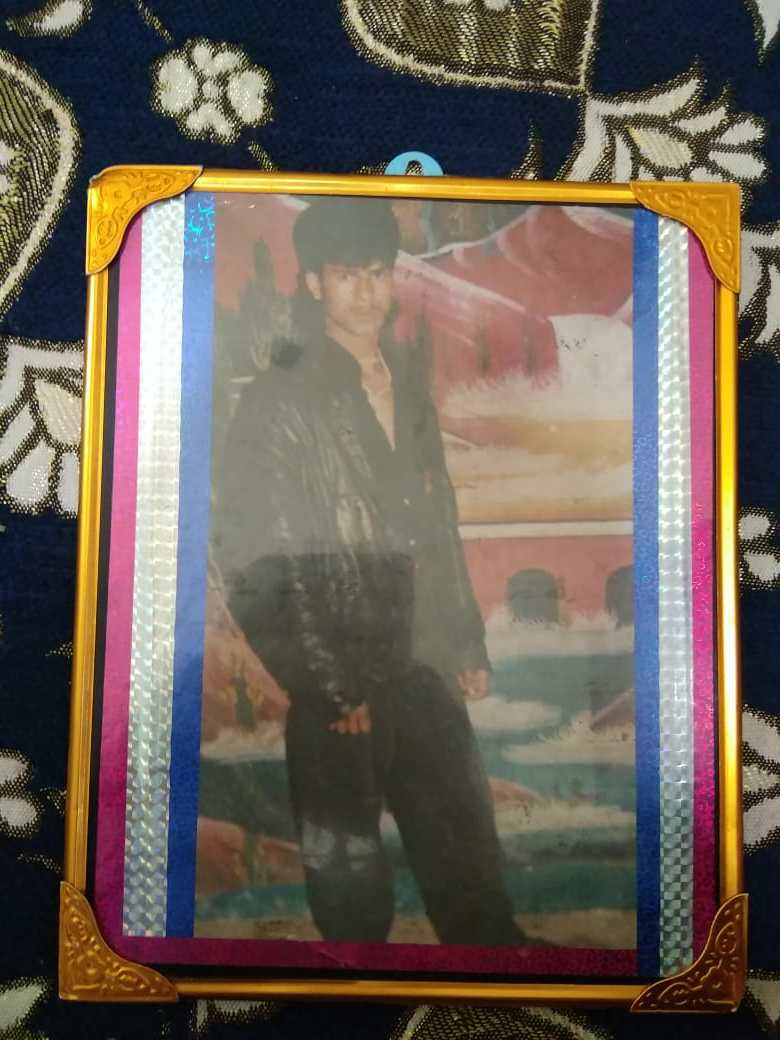 The result was a verdict from a local court in Baramulla which on August 21 convicted Abdul Qayoom Tantrey, an Ikhwani, for the abduction of Manzoor Wani and on August 28 sentenced him to 10 years’ imprisonment.

“…The prosecution has been able to prove the charges of abduction against the accused No.1 Abdul Qayoom Tantray S/o Abdul Satar Tantray R/o Rohama, Rafiaabad. I, accordingly, found accused No. 1 guilty and convicted him for the commission of offence punishable u/s 364 RPC. However, he is acquitted from other charges/offences U/S 302,201 RPC and U/S 7/25 Arms Act leveled against him (sic),” reads the judgment.

The judgment also directed the police to apprise the court of the steps it has taken for the prosecution of Major S. Bhattacharya, who is the main accused in the case.

“Major S. Bhattacharya who belonged to 28 RR Army appears to be the main accused in the case FIR No.126/2002 but till date neither the Prosecution/Investigating Officer have been able to produce supplementary charge sheet against the said person before this court nor they have obtained the requisite sanction for his prosecution from the concerned authorities till date. Hence a direction shall go to the prosecution /investigating officer of the case (sic),” reads the judgment.

In the judgment, Naseer Ahmad Dar, the 1st Additional Sessions Judge, Baramulla, said that it is established that Wani was last seen in the army camp of 28 RR at Tragpora.

“In the instant case, it is established and proved through the witnesses produced by the prosecution that Major Bhattacharya of 28 RR was in immediate control of Army Camp, 28 RR situated at Tragpora and it is also established that the Manzoor Ahmad Wani, son of PW-1 was last seen in the camp by the witnesses (sic),” reads the judgment.

Two witnesses submitted before the police and the court that Manzoor was killed in custody by the army and gunmen.

In his statement, Shabir Ahmad Parrey, who had also been detained by 28 RR in 2001 on the day Manzoor was picked up, submitted that he had been detained inside a bunker which was 20-25 steps away from the room in the camp where Manzoor was lodged.

Parrey deposed that he saw Major Bhattacharya, Qayoom Tantray and Ghulam Ahmad Malik alias Jahangir (the other government gunman, who was killed in 2003) going inside the room at 8 pm.

He said that he had heard Manzoor crying and begging for his release after being beaten up.

He said there was a complete silence in the camp after a loud scream was heard. Then he heard that Manzoor was no longer alive.

Later, Parrey said, he heard the sound of a vehicle starting, but it was dark and he could not see where the vehicle was heading because the sentry of the bunker did not permit him to look through the window and asked him to sit silently.

Tariq Ahmad Rather, who resides near the camp, submitted to the court that he had been forced to rent a room to the Ikhwanis by Major S. Bhattacharya.

According to Rather, Ghulam Ahmad Malik alias Jahangir had told him that Manzoor had died in custody when he was beaten up by Malik, Major Bhattacharya and Qayoom. At the same time, the gunman had warned Rather of dire consequences if he revealed this information to anyone.

Bhakti Begum’s quest for justice for her son was far from an easy task at a time when the Ikhwanis’ writ was large in Kashmir. She was threatened and beaten up by government gunmen for lodging a police complaint against them.

Her struggle started on December 22, 2001, when her son was picked up by government gunmen and the army near Tragpora.

“My son was on his way to Baramulla with his ailing wife. As he boarded a private bus at Tragpora on the Baramulla-Handwara road, these gunmen signalled the driver to stop. They forcibly pulled him off the bus and took him inside the army camp,” said Bhakti. “I went to the camp with the elders of the village and pleaded with Bhattacharya and the Ikhwanis to release Manzoor, but they hurled abuses at me and threatened me.” 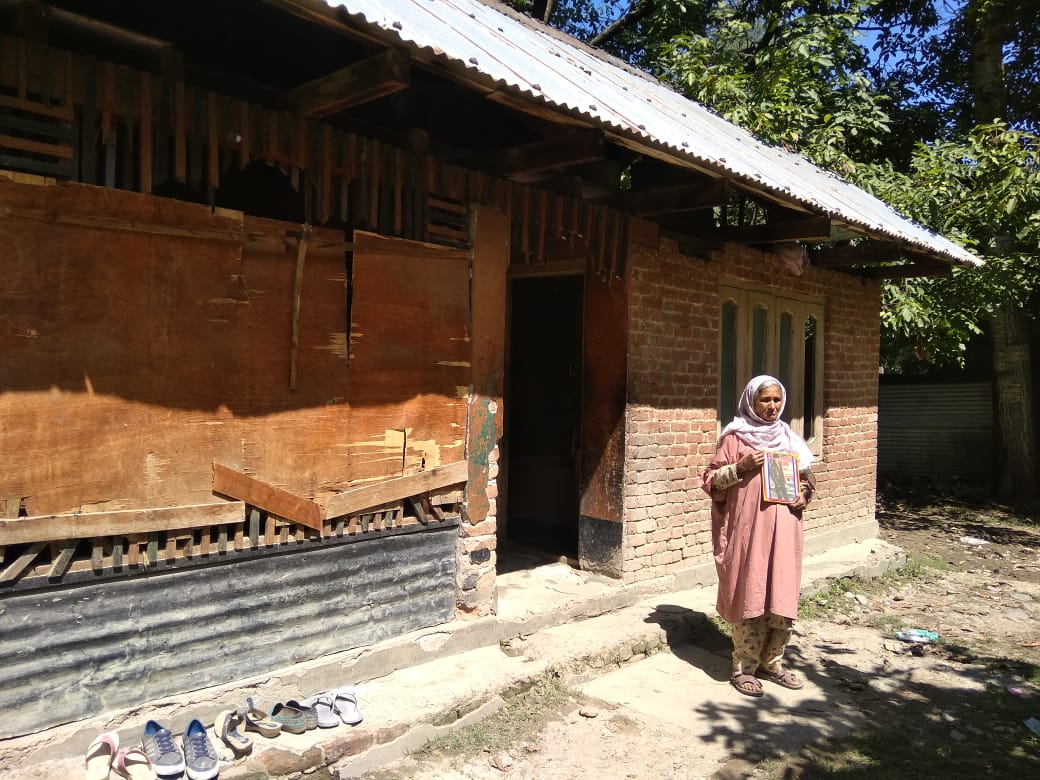 “The Ikhwanis raided my house after I lodged this complaint against them. They beat up my son, Ghulam Hassan, mercilessly. Nobody in the village could dare to accompany me to the police station or court in those days due to their fear of the Ikhwanis,” said Bhakti Begun.

Now she says the court verdict has achieved only part of the justice she still seeks. “I will not rest till Major Bhattacharya is punished. They should tell me where they have concealed my son’s body. I want to touch his lifeless bones. I want to hold his dead body in a long embrace,” she said.

Has justice been served?

The disappearance of Manzoor Ahmed was the UN Working Group on Enforced or Involuntary Disappearances’ first case from Jammu & Kashmir.

When it took up the case and wrote to the Government of India about it, this was the government’s response: “The aforementioned case is presently sub-judice at the High Court of Jammu & Kashmir. The security forces involved – 28 Rashtriya Rifles – has been redeployed since February 2005 to another area and the allegations of harassment of family members of the victims are unfounded.”

Also read: This Kashmiri Woman Lost Her Son, Brother to Militancy – and Now Her Husband Has Joined, Too

“This judgment is clearly evidence of how Ikhwan members were used by the army to do their dirty jobs,” Khurram Parvez, well-known human rights activist, told The Wire. “By pronouncing a judgment only regarding the expendable Ikhwani and not Major Bhattacharya who had terroised the people of Sopore and is even identified as the main accused in this judgment, it is clear how the army subverts the processes of justice. The army in this case has not cooperated with the judiciary and it seems clear that there have been no costs for this non-cooperation,” he said.

Parvez said that the judgment also indicates how existing laws in India are not sufficient to punish those accused of enforced disappearances.

“The accused Ikhwani has only been charged for wrongful confinement of the victim Manzoor Ahmed Wani. The fact is that Manzoor was perhaps killed while in custody and his body continues to be disappeared. Therefore this judgment actually has neither held accountable all the accused involved in the crime, nor has it held the convict appropriately accountable for the total extent of the crime,” he said.

Parvez added that this case illustrates why India must ratify the International Convention for Protection of All Persons from Enforced Disappearances, which will ensure a law in the Indian Penal Code that criminalises enforced disappearances.

Umer Maqbool is Srinagar-based freelance journalist. He can be contacted at maqbool.umer@gmail.com.