While basic freedoms in Kashmir are being curbed, protestors in Hong Kong continue to be allowed to gather and raise their voice on behalf of what they perceive to be their democratic prerogative. 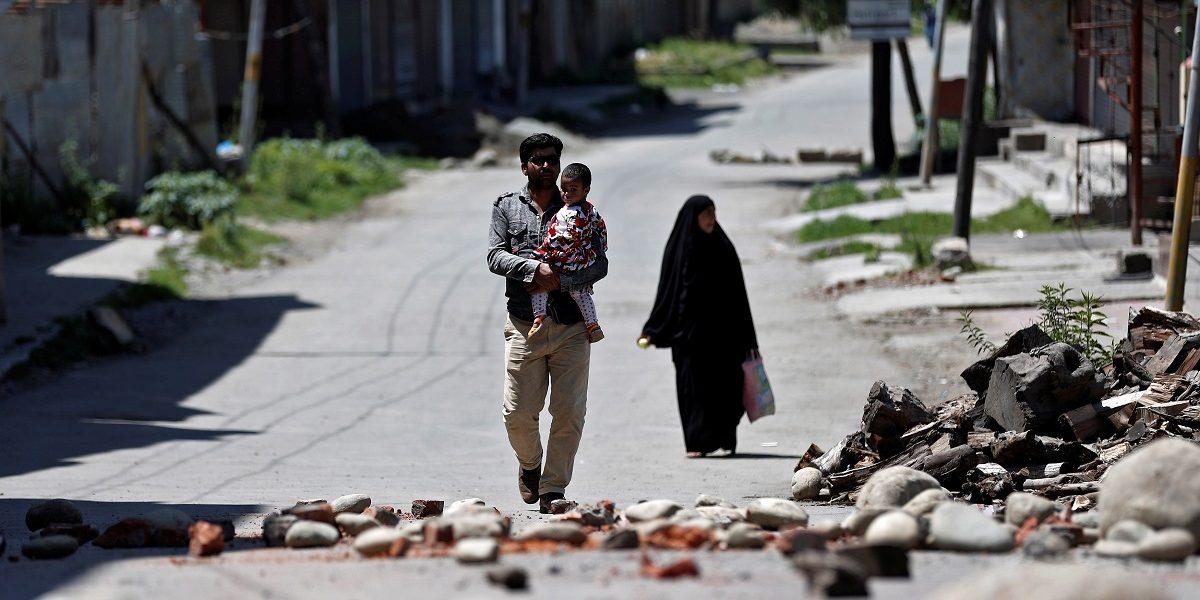 A Kashmiri family walks past a blockade put up by residents to prevent Indian security force personnel from entering their neighborhood during restrictions, after the scrapping of the special constitutional status for Kashmir by the Indian government, in Srinagar, August 20, 2019. Photo: Reuters/Adnan Abidi

Addressing the National Urban Development Summit in Gurgaon recently, minister of state Rao Inderjit Singh lamented that China has been able to grow faster than India, which is “handicapped” being a “democracy.”

If the recent events in Hong Kong and Kashmir are anything to go by, the minister’s claims are patently not true.

Just as the erstwhile state of Jammu and Kashmir enjoyed a “special status” in India, Hong Kong has formally been a part of China, but with special provisions to its political life.

Both regions have been struggling to retain these special provisions that were duly granted to them. In the Chinese case, the arrangement has been called ‘one country, two systems.’

Chinese authorities have been facing massive public protests in Hong Kong against their sly attempts to dislodge the status-quo by seeking to pass a bill that would give authorities the right to extradite undertrials to mainland China.

Protests have now continued for months and show no signs of abating. Yet, the Chinese dictatorship has refrained from issuing shoot-at-sight orders to end the imbroglio. Instead, the Molotov cocktails thrown at the police are countered by tear gas and rubber bullets – and not pellet guns. 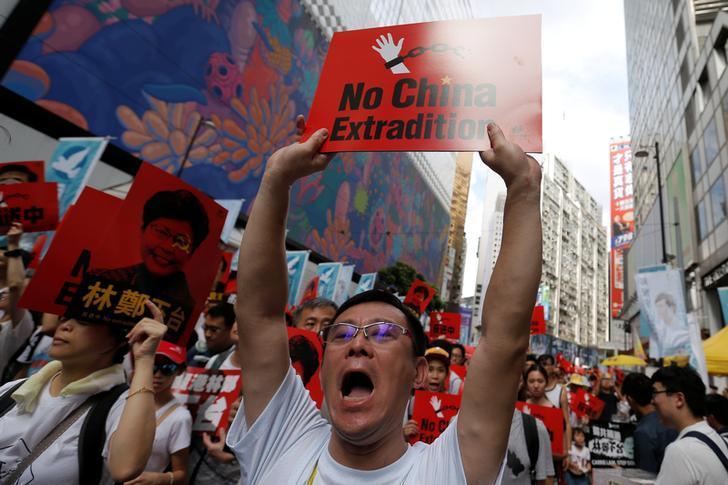 According to the terms of the distribution of powers between the mainland and Hong Kong, the authorities of the former may rightfully send in units of the People’s Liberation Army into Hong Kong – yet, they have not done so.

And the contention continues.

But contrast the efficiency with which the Indian “democratic system” has dealt with Kashmiris.

This writer was in the Valley till the last day of June 2019, a witness to a flourishing tourist season. No “unrest” of any kind was either visible or in the offing.

Yet, without even the “mainstream” political leadership of the state knowing why, humongous measures began to be taken on one pretext or the other. A sniper gun mysteriously appeared en route to the Amarnath shrine that involved, as always, millions of visiting devotees. Overnight, government agencies, led by the honourable governor, began to suspect unprecedented  “security” concerns. Before long, the yatra was cancelled and devotees and tourists turned back.

Several thousands of paramilitary forces were soon airlifted to the Valley to take over every nook and cranny. All communication outlets and modes were rescinded, and schools and colleges closed. Moreover, hundreds upon hundreds of political leaders and workers, from the very top of “mainstream” parties, were ‘detained’ and then ‘arrested.’ Media outlets wishing to carry out their constitutional obligation to report on events were stymied by the complete lack of communication channels and debarred from moving freely through the Valley.

To this day, since the momentous date of August 5, Kashmiris within the Valley and outside have no way of making contact with fellow Kashmiris, including immediate family members. Prohibitory orders restricting the gathering of citizens turned to effective curfews, with even genuine curfew passes being issued to some media people honoured in the breach.

Moreover, the decision to revoke the “special status” of the state was taken and implemented without one single citizen or political leader either being consulted or allowed to mount the right to peaceful assembly and democratic protest.

Indian security personnel stop Kashmiri residents as they stand guard on a deserted road in Srinagar, on the 19th day of restrictions on August 23, 2019. Photo: Reuters/Danish Ismail

Surely, Singh would agree that India’s “democracy” did not “handicap” the government of the day from carrying out a whole gamut of draconian measures that no democracy ought to.

If anything, India’s “democratic” system has found it easily possible to turn away concerned political leaders from the mainland from exercising their democratic duty to visit there and acquaint themselves with the conditions in which Kashmiris subsist in a province-wide lockdown.

As a consequence, India, like China, now has its own ‘Forbidden City’ – Srinagar. If the Chinese ‘Forbidden City’ was forbidden for the unseemly monarchical goings-on there during the days of decrepit dynasty rule, Srinagar is forbidden to protect people from a population that thinks too much and refuses to be bashed or coddled into compliance.

At the time of writing, a pall of invisibility had appeared to have fallen over the unfortunate state. Indeed, you may well say that if one effective way of solving people’s grouses is to make them invisible, then the Kashmir imbroglio has been solved.

Not only have many media outlets been persuaded of the grave “security” imperatives requiring the virtual incarceration of an entire people, but even the chairman of the Press Council of India, a retired Supreme Court judge, has found it necessary in the name of national interest to intervene all on his own in the apex court, where a petition demanding the lifting of the communication shutdown is due to be heard.

It is some consolation that other members of the Press Council have now objected to this suo motu initiative of the chairman and called it a “dangerous” thing.

Singh now might agree that given these circumstances, the totalitarian Chinese state could draw a lesson or two in good governance from Indian democracy.

Ominously, there is no telling when – and if, and in what manner – the citizens of India in Kashmir will be handed back their fundamental right to life with dignity and to liberty, as stipulated in the all-important provisions of Article 21 of the Indian constitution. After all, the honourable prime minister is due in the United Nations General Assembly around September 27, and, presumably, all must remain trouble-free till that event passes.

Meanwhile, as Kashmiris quiver in invisible cubby holes in order to ensure that Indian democracy is safe from millions of its citizens wishing to be heard about their own fate, millions of protesters in Hong Kong under communist rule continue to be allowed to gather and raise their voice on behalf of what they perceive to be their democratic prerogative.