Amid Communication Blackout, How One Kashmiri Connected Distressed Families

August 12 marks day eight of the complete ban on communication links in the Valley. 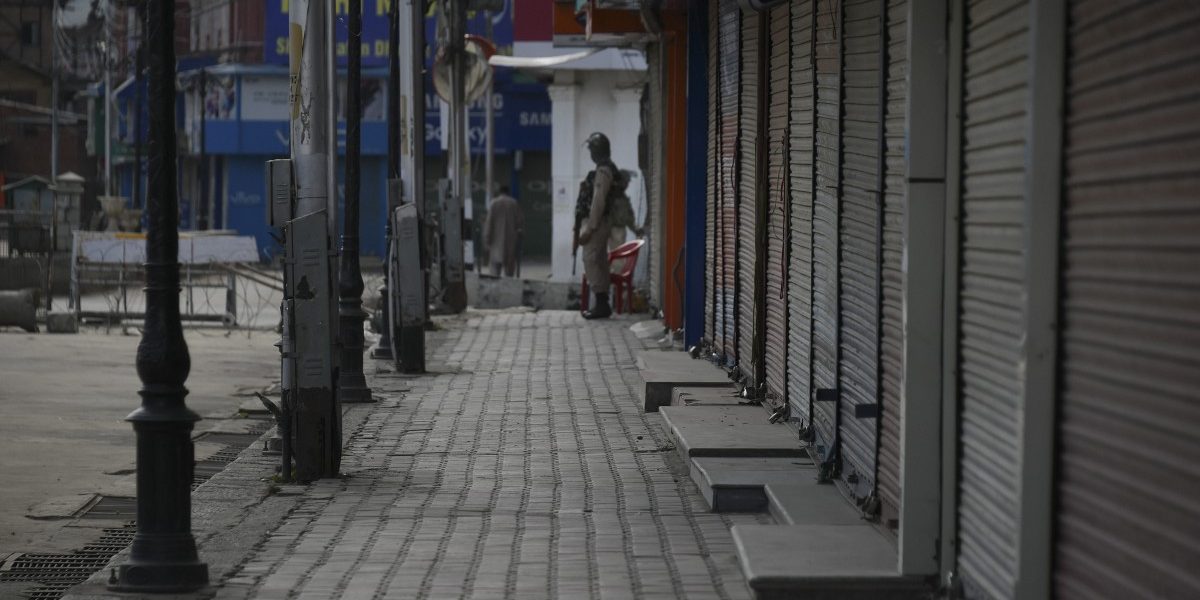 Srinagar: With the inhabitants of restive Kashmir Valley reeling under a complete communication blackout for the eighth straight day on August 12, Kashmiris studying or employed outside the region are finding it difficult to contact their relatives, and remain worried about their well-being.

Although the administration says it has established telephone booths in several localities, those who tried contacting their relatives outside India said ISD facility is not available.

This is perhaps the first time since the inception of armed insurgency in Kashmir, in the late ’80s, that all communication lines have been gagged across the region.

Although state authorities have previously snapped internet and mobile services, this time they have ensured a complete blackout fearing massive public upheaval.

On Saturday, Ubaid-ur-Rehman* – a Srinagar resident – drove to the airport to see off his brother, who was taking a flight to New Delhi.

As he dropped him off, Rehman overheard two airport officials talking about a working internet connection in a residential colony just outside the airport security gate.

Without wasting any time, Rehman says he rushed to the colony, knocked on several doors and finally landed in the house where a broadband connection was available.

The residents, he says, let him in to access the internet after an exchange of apprehensions and slew of enquiries.

As soon as he got connected, Rehman received a WhatsApp message from a south Kashmir friend, Syed Muzammil*, who is studying in Europe.

After exchanging pleasantries, Muzammil sent a voice note for his family living around 20 kilometres south of Srinagar.

“He was very worried about his parents, who are both diabetic,” Rehman told The Wire. “After spending some 15 minutes at the house exchanging messages with friends and other relatives living in mainland India, I drove to the residence of the friend.”

When Rehman asked the family if he could return with a message for Muzammil, he says he got an affirmative reply with a “pleasing smile”.

“I manoeuvred through the Kashmir highway, taking different lanes and by-lanes, avoiding the police and paramilitary barricades and finally reached the house. I was lucky that the authorities had relaxed the restrictions for some time on Saturday,” he says.

After listening to the voice note, Muzammil’s mother became quite emotional and began kissing the phone. “She was overwhelmed and sought blessings for me,” Rehman says.

“She then recorded a voice note full of prayers and blessings for her son, ending with: Yetti chukh tatti chukh, khudah thaewnaey salamat (Wherever you are, may Allah keep you well)”.

Once again, Rehman drove to the house with the internet connection to send Muzammil his mother’s message.

By the time he reached to deliver Muzammil his mother’s message, Muzammil had spoken to another friend, Zubair Khan*, working in a Western European country.

As Rehman sent across the voice note, and was readying to leave, he received another one addressed to the sender’s mother. “It was from Zubair Khan.”

Khan’s family lives in Zakura area, on the outskirts of Srinagar

After promising Khan that his message would be delivered to his parents, Rehman left for home.

“The whole family was ecstatic. Brothers and sisters of Zubair assembled around me to know what the message was,” Rehman says.

Khan’s family – like Muzammil’s – became emotional and recorded a voice note for their son. This one, Rehman says, he is yet to deliver.

Rehman says that by the time he was able to drive to the house near the airport to access the internet, authorities had put restrictions – which had briefly been lifted – back in place.

“I will surely and obviously try to reach the airport and access the internet to deliver the message,” he told The Wire.

Police vehicles mounted with public address systems directed people to return to their houses. The reason behind the sudden announcement from the authorities is yet to be determined.

On Thursday, Mubeena*, whose daughter is studying in Bangladesh, spent three hours in Srinagar deputy commissioner’s office to try to contact her daughter. The phone, however, did not have an ISD facility, she says.

“I had to contact one of the cousins of my daughter in Mumbai to ask her to make a call to my daughter and apprise her that her family was doing well.”

A minuscule percentage of journalists who are able to access the internet – momentarily – receive tons of messages from people living outside the Valley, asking them to let their families know of their well-being.

This reporter also received several texts from many living in and outside India, asking him to convey their messages. However, almost all of these families live either deep down south or north of Kashmir – regions that are completely inaccessible.

On August 5, the Narendra Modi-led BJP government scrapped the special status guaranteed to Jammu and Kashmir under Article 370 of the Indian constitution and bifurcated the state into two union territories.

On the same day, just before dawn, the government imposed a de facto ‘curfew’ and detained most of the top pro-India leaders. Almost all separatist leaders are already behind bars. By the end of the week, the detention orders – many of them informal – had been extended to cover about 500 mid-level leaders and workers of mainstream parties across Kashmir.