Even in her last days, she was doing whatever she could to help migrant workers on the road. 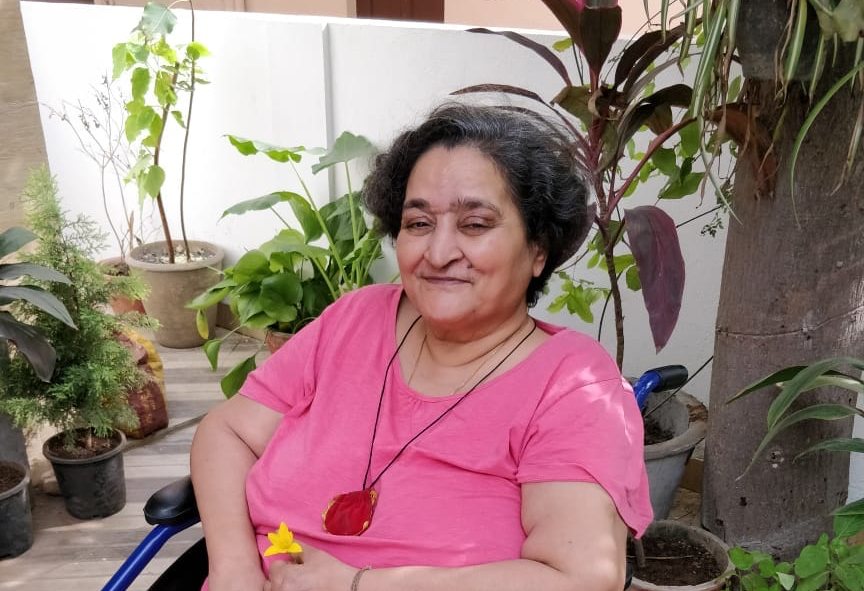 In these turbulent times, death is stalking us.

The phone rang. It was Vineet Tiwari from Indore. ‘I have bad news Apa.’ My instinct was to say, ‘Stop please. I can’t hear it.’ The truth was staring me in the face. It was Kalpana. My dear friend Kalpana Mehta, the founder of Saheli, dropped off from my tree of life to sprout on another branch in a better place. In the words of the poet and our common friend Kamla Bhasin:

I met her in 1998 in Indore. Kalpana was there to greet us, an inquiry team of the National Commission for Women who had come to investigate the violence, arrest and use of force by police against women demonstrators at the Maheshwar Hydel Project site. At the Indore Circuit House, then NCW chairperson Mohini Giri directed that a team consisting of me, as member NCW, Kalpana as the expert, and Sandhya, district women and child officer, visit the sites where the atrocities of the police were perpetrated. Narmada Bachao Andolan was becoming an issue on the national stage. Medha Patkar was becoming a national emblem of people’s struggles and movements.

Our small team headed for Jalud, a village near Mandaleshwar in the Khargone district of Madhya Pradesh. Throughout, it was Kalpana who was the moving spirit behind this expedition. It ultimately brought the chief minister of Madhya Pradesh before the Commission to depose and explain the misconduct of his law enforcement machinery. Professor Krishna Kumar, India’s foremost educationist, who had also visited the site, was to write in Times of India on July 24, 1998, “To have a National Commission empowered to enquire into police brutality suffered by village women was no small achievement for a fifty year old Republic.” This validation was due in large measure to the inspiration and hard work of the indomitable Kalpana Mehta.

The story is long with several outcomes, some good some bad, but it was Kalpana who shone in my eyes through this entire tour. I was a novice member who could at best write down the story of Narmada outrage. Kalpana took me by the hand, literally explaining every detail of the issue from her engineer’s lens. She taught me to look and imbibe the experience of the women we met on the site, in the village and in the hospital. After a traumatic day she sat down late into the night with her portable typewriter and wrote most of the report. It was among the best reports at NCW, and all the credit goes to Kalpana.

That was the start of a friendship that ran for 22 years, with long gaps but unabated affection. There were many aspects of her person which enriched me whenever I met her. She took me to the Sarafa Bazaar in the old city to taste bhutte ki khees and many other delicacies. It was a joy for my palate and my eyes, all thanks to her. She treated me with her pranic healing practice. I practised her prescription for many years, which helped me bear life’s harder knocks. Over the years our paths kept crossing in Delhi and Indore; that was where I met her two years ago – and I had a feeling it may be for the last time.

I had gone on an invitation from the Progressive Writers’ Association to speak about one of its founders, a man called Khwaja Ahmed Abbas. My colleague Ruth and I, representing KA Abbas Memorial Trust, were guests of Professor Jaya Mehta and Comrade Vineet Tiwari. It was an exhilarating evening with a hall filled with people from the media and the arts. But for me, the most important part came later that evening when I went to see Kalpana. The vibrant, ebullient Kalpana in a wheelchair was hard to see, though my friends had prepared me for that. The smile was there, words were also there but difficult to speak and understand. I saw two young people, her daughter and son-in-law, as two beacons of light in her darkening life. I tried to understand and write down the debilitating disease that had afflicted her. When I returned, I wrote to my oncologist friend in New York to ask her opinion. There was no real cure.

Today Vineet told me that it was the plight of the immigrants which ultimately and finally broke her heart. And yet, until her last days she did what she could from her wheelchair, then from her bed, to alleviate their suffering. But those scenes had taken away her will to live.

So you are gone, dear friend, leaving many broken hearted. There are no moulds left which can create more Kalpanas. Your spirit will live to inspire us, although in the words of Mirza Ghalib: Aisa kahan se laayein ke tujhsa kahien jise!