His proposal for an amnesty on child labour prosecutions for the next three months provides the errant state as well as employers an easy way out, without doing anything to ensure the children in need of help actually receive it, 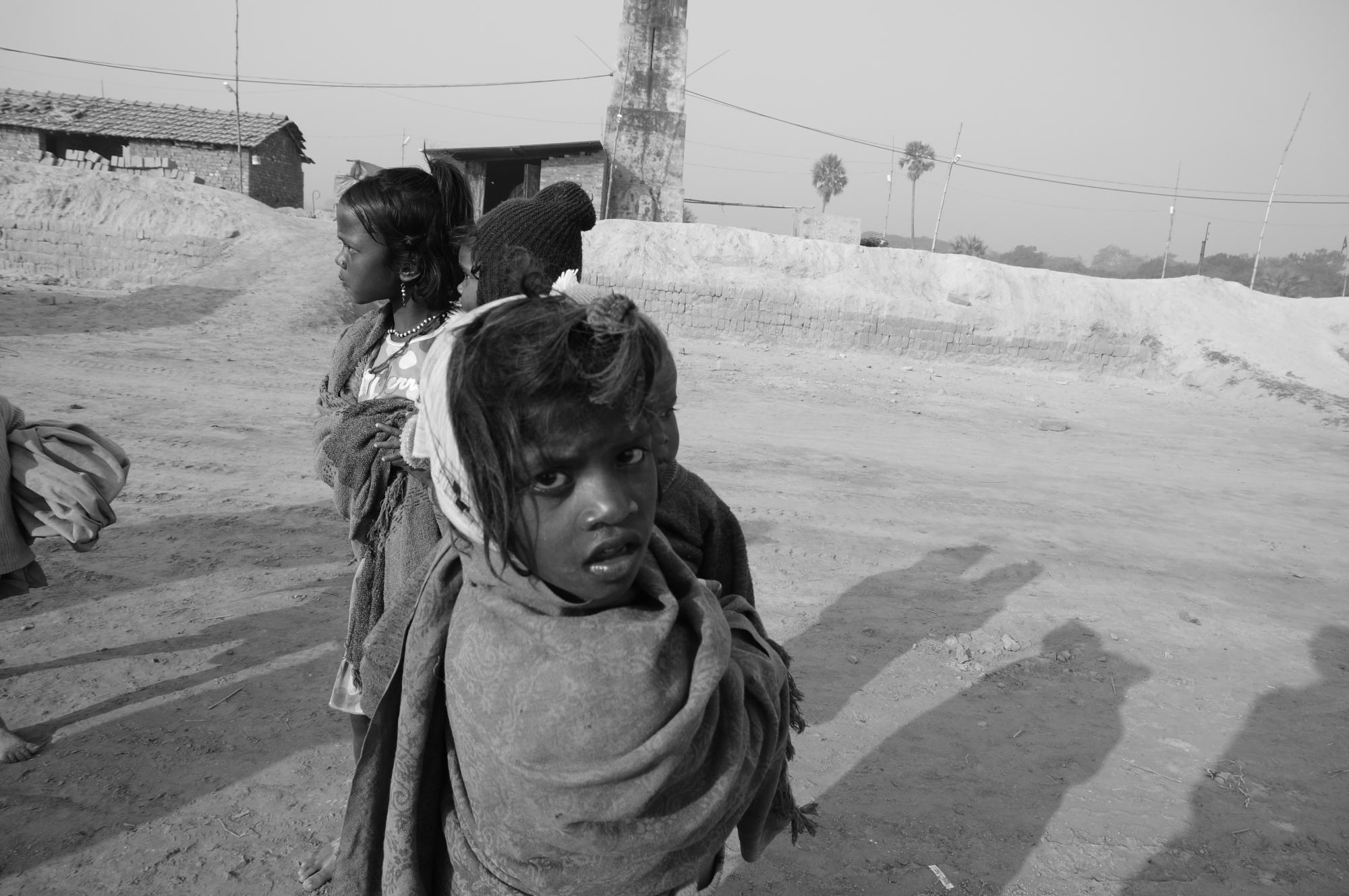 On Saturday night, Kailash Satyarthi, Nobel laureate and a most authoritative voice on children in India and globally said, “We have failed our children as society”. He was referring to the situation of child labour in an interview to NDTV, where he was responding to a question on what was to be done for all those working children who had been abandoned by their employers at the work sites.

Describing the death of Jamalo Madkam, a 12 year old girl from Chhattisgarh, who died walking back home from a chili farm in Telangana where she worked, Satyarthi said that thousands of children across the country were in a similar situation. With the lockdown extending into a month and news  coming that it was to be extended, Madkam decided to take a 100 kilometre trail of tears, hoping to reach her parents. Unfortunately, her tender age could not withstand the strain of walking and the weather. She died a few miles outside of her village. Satyarthi said this was a situation that needed to be addressed with utmost  urgency and compassion. We fully agree with him.

However, it was his extraordinary solution – which he proposed to send to the prime minister – that has left child rights activists completely bewildered.

What he proposed was an amnesty to be declared for all child labour prosecutions for the next three months! This is because, according to him reaching out to trafficked children stuck in factories across states is difficult on account of the stringent lockdown conditions. He believes this makes it next to impossible to reach them and rescue them. The amnesty, according to him, should prompt employers to ‘release’ these children so that the state can then take on the responsibility of caring for them. Satyarthi said that he was proposing this ‘solution’ despite being  in a state of ‘ideological paradox’.

Prosecution amnesties are not a novel concept. They have been used in a variety of contexts such as tax, environment, and antitrust laws, especially in the United States, with varying degrees of success. The Voluntary Disclosure of Income Scheme was floated by the government of India with hopes of improving detection of violations and recovery of taxes. Prosecution amnesties have also been used as a tool in the context of  transitional justice. When countries ridden by civil wars  or internal strife try and attempt to restore normalcy, amnesties are declared in an attempt to end violence. This process, however, is supported by measures to achieve ‘truth and reconciliation’. These are strategies pursued when governments and civil society have failed at large and violence is endemic – an extraordinary response to an extraordinary situation.

Although the language of war is being used to describe the COVID pandemic, this is no war. It is a health crisis resulting in  a huge humanitarian crisis. Nor can it be described as any of the other situations listed above that normally call for an amnesty.

Satyarthi’s suggestion is thus a truly novel one, at least for Indians, because he advocates the use of a tool  that one has so far never applied to crimes against persons – which the use of child labour is. He has, of course, made it clear that the times are extraordinary and hence the response has to be extraordinary.

There can be no doubt that those employing under-age labour, many of whom are trafficked, have broken the law. They have compounded their offence by abandoning children in  factories, even locking them up. Should they not be held accountable and forced to at least take responsibility for  the children in their charge at this time?

It is true that small scale industries, under lockdown, and those who own them, are in deep financial trouble. They simply may not have the necessary resources. Under such circumstances, should they not be assisted by the government?

Should labour inspectors not be visiting these factories, mines, brick kilns and workshops and ensuring that the children there are safe and that the employers are taking responsibility for their welfare?

It is being predicted that COVID 19 will lead to an increase in vulnerability and child labour.  With the closure of schools and prohibitions on the movement of labour, children are already at a greater risk of moving to labour and being trafficked.

The law on child labour has always been implemented more in the breach. The current situation is testimony to that. An amnesty, as proposed by Satyarthi, provides a perfect getaway for offenders who traffic and employ children with impunity. As experts such as Shantha Sinha and Venkat Reddy point out, this kind of immunity will increase child trafficking, bonded labour and child labour, which neither he nor the state will be able control or regulate.

Letting government off the hook

As Satyarthi has so eloquently pointed out, society has failed its children. But so has the state. How else could a 12-year-old walk more than a hundred miles, with limited or no food or water, without any government agency noticing her plight and providing her assistance? Hers is a case we know, because she dropped dead. We will never know how many more have barely escaped death.

It is only because of  the failure of the state to implement the law that employers continue to employ children. Despite all the laws ‘protecting’ them such from a fate, they are now being be abandoned to hunger, destitution and disease. When the Supreme Court was approached by petitioners seeking directions to facilitate the return of the migrant labourers, the government responded by claiming that community kitchens and cash transfers were being organised to ensure their safety wherever they are.

It may not be in the best interests of all children to be sent back home at this stage. For their own safety, it may be better for them to stay where they are, and for the state to reach basic amenities to them. But how come little Madkam did not receive three cooked meals a day?  Or all those other children Satyarthi describes?

What is happening with the juvenile justice system that has created an elaborate infrastructure at the district level to ensure the care and protection of children? The district magistrate, supported by the labour department, the district’s child protection office and child welfare committee, was supposed to identify, rescue and rehabilitate child labourers. Did the whole of that system fail? The police have been deployed to ensure the observance of the lockdown and effect a ban on any interstate travel. Did no one notice a 12-year-old walk across the border? Did no one notice employers abandoning the children?

Instead of wielding the moral authority that he has as the worlds’ most well-known child rights activist, Kailash Satyarthi is providing both the errant state as well as the employers an easy way out. And this is a tragedy.

The truth is, child labour is one of the worst forms of violation of human rights and it involves the abuse of children – an issue which is also a moral one. A call for an amnesty on the use of child labour, justified by hopes of efficiency, immediately invites a greater number of moral hazards. One could extend the same logic to many other contexts too. For instance the lockdown has caused an increase in instances of domestic violence and child sexual abuse. Shall we then extend an amnesty to these situations as well,  because it may prompt perpetrators to disclose themselves and we can save the victims? Not all means can be justified by the promised ends, especially when it comes to  violation of  core human rights.

From this standpoint, the story of Jamalo Madkam (and several others whom we do not know of) cannot present us with any ‘ideological paradox’ or moral dilemma. It only presents us with the need for a stronger resolve to address violations of rights, activating and strengthening the civil society partnerships that enable the detection, prosecution, rescue and rehabilitation of the child labourers. If anything, this is a time to ensure stronger implementation of the  Child and Adolescent Labour (Prohibition and Regulation) Act, 1986 as well as the Juvenile Justice Act, 2015 – to ensure that our children are kept safe from the hands of preying employers.

Of course, Sathyarthi is right about one thing. The COVID lockdown has made it hard to reach out to these children. However, an increasing number of exemptions are being carved out to enable essential services and activities to continue. We do know that CHILDLINE has been given an exemption, but they require more support to reach the last mile. They need transport, PPE kits etc., which are yet to reach them. An increasing number of activities (including manufacturing and agriculture) has been exempted from the lockdown. Perhaps it is time to allow other child protection services too, including those being provided by civil society organisations. Governments have displayed the capacity to transport tourists and students who were stuck in different places, surely the same could be done for child labourers too.

We are in the midst of  a humanitarian crisis and emergency, no doubt, but  our sense of justice and laws must not to be muted. Definitely not for children, when we have to speak on their behalf.