The media headlined the arrest of ten human rights activists and lawyers in 2018. They soon faded from the national consciousness, allowing the state to swoop on JNU students. 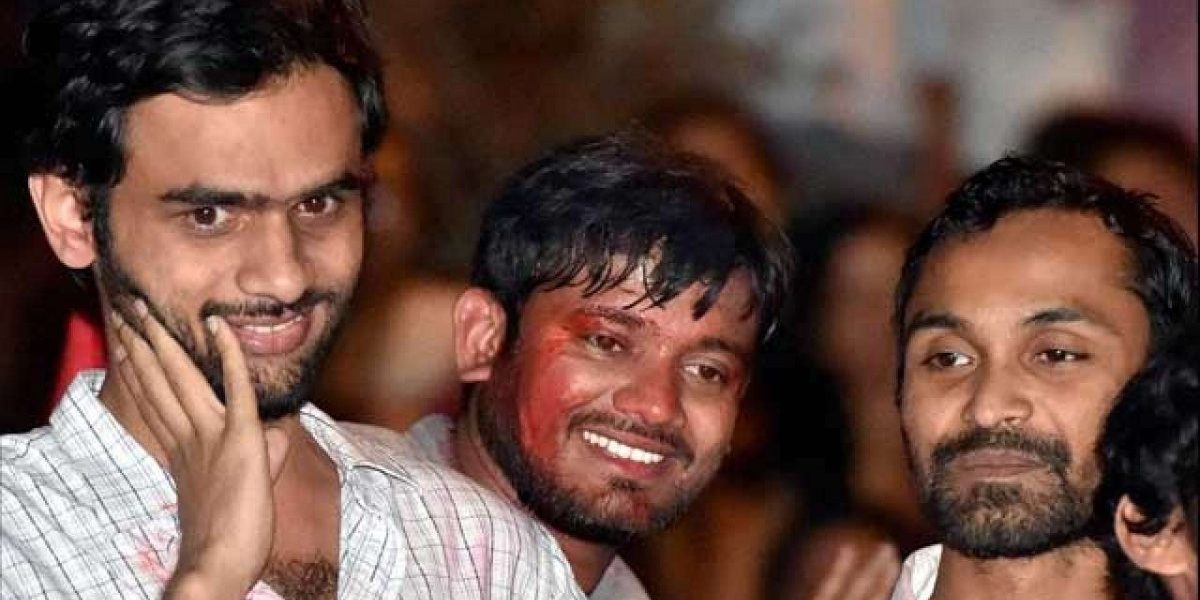 The inability of citizens to imagine the plight of undertrials subjected to prolonged incarceration and trial normalises the Indian state’s excesses. It presumably knows that even its most unconscionable action might shock people, but they will gradually lose interest in it.

This logic of forgetfulness is why the Delhi police and their political masters have chosen to chargesheet Jawaharlal Nehru University students for sedition three years after they allegedly shouted anti-India slogans. There can’t be a bigger farce than that.

Unfortunately, the hue and cry over the chargesheet will peter out as it did over the arrest of ten human rights activists and lawyers last year. Then too, as now, media headlined the state swooping down on the activists to pluck them out of their nests. Stories tracked the twists and turns of court proceedings involving them. Their educational and work profiles were etched out to underscore the implausibility of the group being engaged in a plot to fan violence for destabilising the government.

Also Read: Activists’ Arrests: The Exceptional Has Been Made the New Normal

The ten activists have now more or less disappeared from the media – and, therefore, from the national consciousness as well. Only one of them continues to be free, but only just, getting interim protection from arrest every passing month. The other nine languish in prison, condemned to fight the battle of freedom on their own. The nation has, quite literally, moved on to other things, such as the formation of electoral alliances before the 2019 general elections.

It has to be a strange democracy where people who wage battles for the rights of the marginalised are forgotten in the heat and dust of an impending election. The forgetting has normalised their incarceration – and what might still follow.

The consequences of the arrest of nine activists

That is why the chargesheeting of JNU students is an appropriate backdrop for imagining the consequences that the arrest of nine activists has had on them and their families.

Indeed, it is easy to gather evidence from the internet on how the Indian state callously disrupts lives and crafts absences in families. Visit lawyer-activist Sudha Bharadwaj’s twitter handle to see her posts of August 27, 2018. The last of these was a BBC blog detailing the problems arising from the proximity between the judiciary and the executive.

Thereafter, Bharadwaj’s life on social media freezes, the way humans do in real life with death. It was because she was arrested on August 28, along with four human rights activists – Gautam Navlakha, Arun Ferreira, Vernon Gonsalves and Varavara Rao – all of whom were accused of fomenting violence in Bhima Koregaon in January 2018 and for having links with the Maoists.

Watch: Activist Arrests: Where Is the Evidence?

Incarceration marks not only the death of social life, but also squashes the right to transmit meanings we read in our social existence. To understand how, visit the Facebook page of Rona Wilson, who was arrested along with four others – Shoma Sen, Surendra Gadling, Mahesh Raut and Sudhir Dhawale – on June 6, 2018 for fomenting the Bhima Koregaon violence of 2018.

In an April 16, 2018 Facebook post, the last on Wilson’s timeline, there is a cartoon of parents bidding goodbye to their child, who is going to school. The child is dressed in a cow costume. The caption says, “Not a fancy dress competition, she feels much safer in this.” It is a telling swipe at cow vigilante groups.

Nine of the ten activists who were arrested – only Navlakha is still free – continue to languish in jail. Their absence from their families is poignantly captured in social media; at times, though, there are hints to their rage. On November 22, 2018, Sagar Abraham-Gonsalves, son of Vernon Gonsalves, wished his mother on her birthday on his Facebook page.

The strength, courage and positivity which you have shown during these very trying past few months has taken my admiration to a whole new level altogether.

Sagar was, obviously, alluding to his mother having to endure the burden of sorrow at Vernon’s absence from the family. On January 4, Sagar’s cat, Cleopatra, died. In an obit to the cat, Sagar wrote, “You lived life on your own terms without being dependent on the people around you.” Just like the Gonsalves family.

Film-maker Koel Sen is the daughter of Shoma Sen, the Nagpur-based English professor who was among the five arrested on June 6. On January 8, Koel posted the photo of the Nobel laureate Amartya Sen with his plea: Stand by those jailed for activism. Questions arise: Does the circle of support of jailed activists stretch beyond their friends? Is it possible to demonstrate support through silence? In what other ways can citizens support those imprisoned for their activism?

At least Koel seems to tide over her travails by taking humourous potshots at the state’s lack of proportion. On December 11, 2018, she posted photos with the caption:

At the Supreme Court with Senior Supreme Court Advocate Indira Jaising as a part of the team of lawyers defending Maa and the other arrested activists June 6 onwards. The 5000 page chargesheet’s translation is now 8000 pages long, and this here is a trolley carrying only one part of the three sets!! There was a car full of chargesheets only!!

Others, however, have tears as their only solace. Take Maaysha, daughter of Bharadwaj, who wrote an open letter after she met her mother in the court in November. She said:

I met her outside when she was in a police bus. I cried then. I saw that two family members of another person who had been arrested were crying! That time my mom told me that they had treated her good which means they didn’t beat her or anything like that but she told me that one of the persons called Arun [Ferreira] got beaten up by police! I got shocked, scared and upset because I thought maybe they treated her badly and she is not telling me.

Ferreira was repeatedly slapped during the interrogation and had to be admitted to hospital for treatment. This is not the first time he had been through such travails. In 2007, he was arrested on the charge that he was the communications chief of the Communist Party of India (Maoist) and was planning to bomb Deeksha Bhoomi in Nagpur, where Dr B.R. Ambedkar converted to Buddhism. He was acquitted in 2012. Likewise, Gonsalves was arrested in 2007 by the Maharashtra anti-terror squad for being a top “Naxalite” and possessing explosives. He, too, was acquitted in 2013.

Ferreira wrote Colours of the Cage to detail the torture he underwent in jail. He wrote in the book:

To make me more amenable to their demands, they stretched out my body completely… My arms were tied to a window grille high above the ground while two policemen stood on my outstretched thighs to keep me pinned to the floor.”

In 2007, it was not the Bharatiya Janata Party-led National Democratic Alliance in power, but the United Progressive Alliance, which the Congress headed. Between the prime ministership of Manmohan Singh and that of Narendra Modi, the state’s brutality seems a constant. It is only, perhaps, that the ironies have now become grimmer.

Here are two examples of grim ironies. When five human rights activists were arrested on June 6, 2018,  Ferreira and Gonsalves teamed up to write a piece against the state, accusing it of engaging in “sinister sensationalism.” Three months later, both were summarily tossed into jail.

In March 2018, Bhardwaj and Gadling wrote a letter, published in the Economic and Political Weekly, demanding the release of Upendra Nayak, an Odisha-based lawyer-activist who had been arrested under the Unlawful Activities (Prevention) Act. Nayak, their letter said, is known to fight for innocent Adivasis accused of being Maoists. Bharadwaj and Gadling, obviously, did not know that months later they too would be arrested under the same law. Between the prime ministership of Manmohan Singh and that of Narendra Modi, the state’s brutality seems a constant. Credit: PTI

It is almost a certainty that such grim ironies will continue to stalk the nation until the media and people devise a mechanism to ensure that the fog of forgetfulness does not shroud the state’s brutality.

So how do we, to quote Amartya Sen, stand by those who ensure democracy is not reduced to psephocracy, a term which has people voting every five years without challenging the state against subverting their rights? Without an answer to this question, we are headed for a certain social death.