The Jharkhand Janadhikar Mahasabha has listed a wide-ranging set of demands seeking the protection of natural resources, rights of Adivasis, Dalits and backward communities and the implementation of policies for basic services and social security. 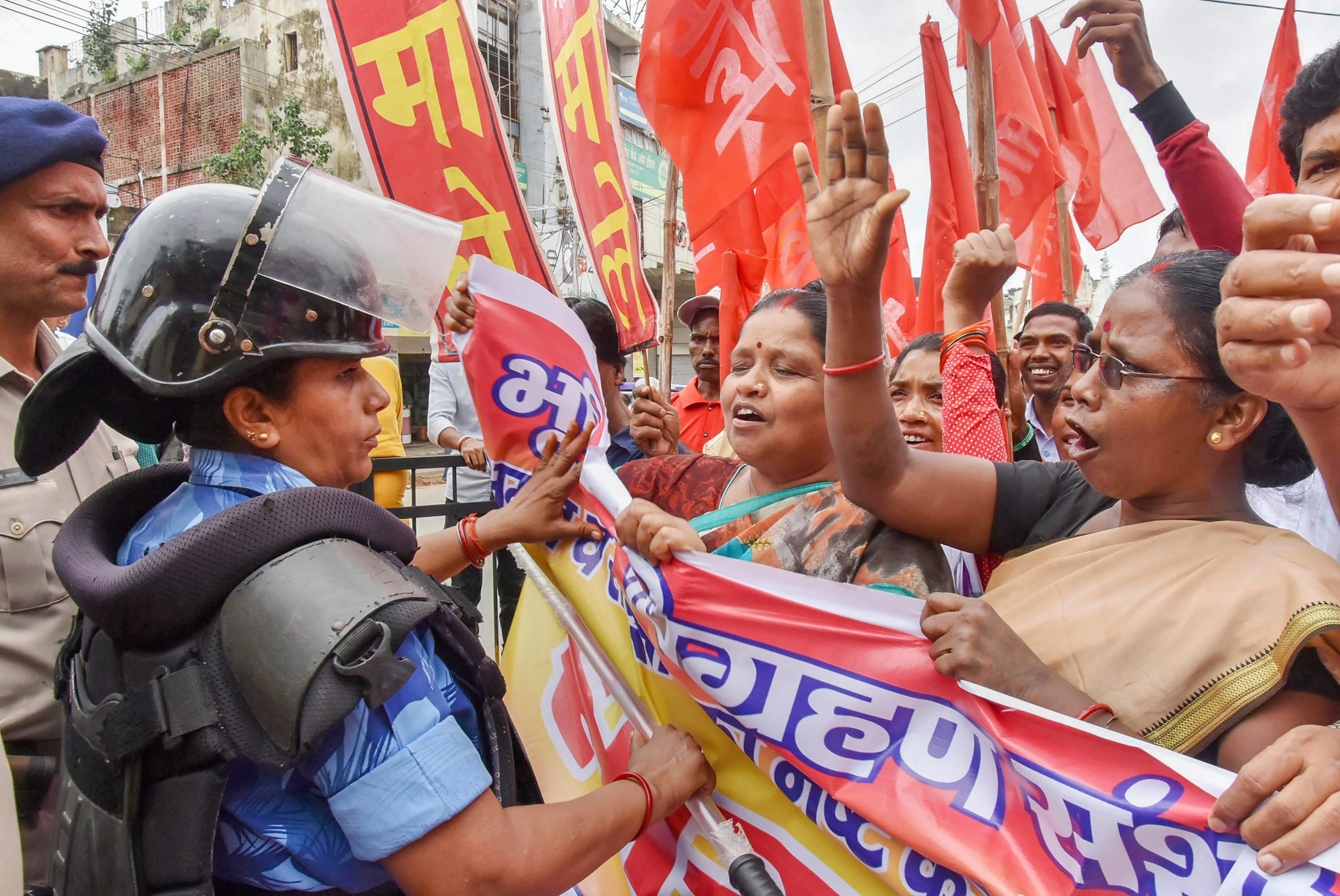 New Delhi: A coalition of over 30 progressive organisations, activists and intellectuals of Jharkhand have expressed the hope that the government formed after the upcoming Lok Sabha elections, will be committed to protecting people’s rights, upholding secular and democratic values, and preserving the constitution and democratic institutions.

The group, Jharkhand Janadhikar Mahasabha, has also called upon all the political parties contesting the elections to exhibit explicit commitment towards people’s issues in their election manifestoes.

The Mahasabha, which works in different parts of Jharkhand for the rights of poor, Adivasis, Dalits, women and minorities, said that it believes that, India in general and the state, in particular, are passing through a phase of an undeclared emergency. “Peoples’ rights and basic tenets of democracy are under attack,” it said.

The coalition claimed that the attacks on the rights of the citizens manifested in various forms. A few of these, it said, included the amendment to the Land Acquisition Act, starvation deaths, lynching incidents, increasing atrocities on Adivasis, Dalits, minorities and women, state-sponsored communalism, attacks on freedom of expression, harassment of activists and attacks on the traditional self-governance systems of Adivasis.

The Lok Sabha polls, the Mahasabha said, were presenting an “important opportunity to protect democracy and the Constitution.”

The group said that while the ruling dispensation was sparing no effort to weaken democratic institutions, the principal opposition parties too, have not taken a firm stand on people’s issues.

The Mahasabha has listed demands covering various facets of livelihood to improve the rights of the citizens. It has urged all the parties to commit themselves to these issues. The group also stated that these issued would be taken up by it with the people across the state.

The Mahasabha has urged a repeal of the Land Acquisition Amendment Act, 2018 (Jharkhand) and the Land Bank Policy. It has demanded that “no amendment, against the interest of the Gram Sabha and people at large, should be made in land laws” and that “land taken over or identified under these policies should be immediately returned to the owners or the Gram Sabha.”

Further, the group has sought the scrapping of all those projects that have been undertaken without the consent of the Gram Sabha and in violation of the land laws. These, it said, include the “Icha-Kharkai embankment, Godda Adani Power project, Palamu elephant corridor and Mandal dam”. Villagers from Ghagra in Khunti on their way to attend a Pathalgadi movement event. Credit: PTI/Files

The Mahasabha also demanded that the Forest Rights Act be enforced comprehensively and all community and individual claims be accepted.

The concerned citizens of Jharkhand also insisted that “laws that are blatantly and repeatedly used for suppression of freedom of expression and harassment of activists should be immediately repealed.” In this regard, the Mahasabha cited the examples of Sections 124A (Sedition) and 499 (criminal defamation) of the Indian Penal Code; Unlawful Activities (Prevention) Act and National Security Act.

The activists said all fabricated cases filed under these laws in Jharkhand should be withdrawn and undertrial prisoners languishing in jails should be released immediately. The Mahasabha also maintained that over 3,000 Adivasis had been falsely branded as Naxals and were behind bars.

The groups also insisted that there was “repression by administration and security forces in Khunti district by claiming Pathalgarhi to be unconstitutional.” This, it said, should immediately stop and all cases should be withdrawn, police camps should be wound up, victims should be provided compensation and the perpetrators of repression should be punished.

The Mahasabha also demanded the repealing of the present domicile policy in Jharkhand. It also said that “rules should be framed to ensure maximum participation of local residents in decision-making positions at all levels of all government and private jobs.”

The group also appealed for a quota in job promotions and asked for “at least 50% reservation” for Adivasis, Dalits and backwards for promotion in government jobs.

It also called for having at least 33% reservation for women in all fields.

On the other hand, the Mahasabha said that the provision of 10% reservation for financially weak candidates – announced recently by the Centre – was aimed at benefiting the “savarnas” (forward castes) and should be scrapped. It insisted that this quota was “against the basic principles of reservation and social justice.”

Basic services and social security sought for all

Among other things, the Mahasabha also sought “universal basic services and social security for all citizens”. It said this should cover food, nutrition, universal common education till secondary level, and maternity benefits.

It also demanded that Aadhaar-based biometric authentication should be removed from all welfare programmes and public services.

For food security, it called for universal PDS with at least 7 kg foodgrain per person along with the delivery of pulses and edible oil and the expansion of Dal-Bhat Kendras with improved services.

The Mahasabha has also asked for social security pension of at least Rs 3,000 per month for all elderly, specially-abled, single women and members of particularly vulnerable tribal groups. It has also demanded maternity benefits of at least Rs 6,000 per child to all pregnant women. Finally, to improve nutrition, it has sought cooked nourishing meals, with six eggs per week, for all children in Anganwadis and midday meal programmes in schools.

The group has also called for expansion of the employment guarantee programme to urban areas and the inclusion of skilled labour. It has sought a minimum of 200 days per annum work under NREGA for every rural family with Rs 300 per day as the minimum wage.

In the field of agriculture, implementation of the Swaminathan Committee recommendations has been sought to ensure that farmers get at least 150% of their cost of cultivation through the minimum support price.

The group has also demanded that the Freedom of Religion Act, Jharkhand should be scrapped and Adivasi religion, by the name of Sarna, or any other name should be officially recognised. Likewise, it has asked for the Adivasi and regional languages of Jharkhand to be used in all official communications and these should be made an additional medium for education in schools.