Many schools have been taken over by the security forces to establish camps that are meant to keep a check on 'extremist groups'. 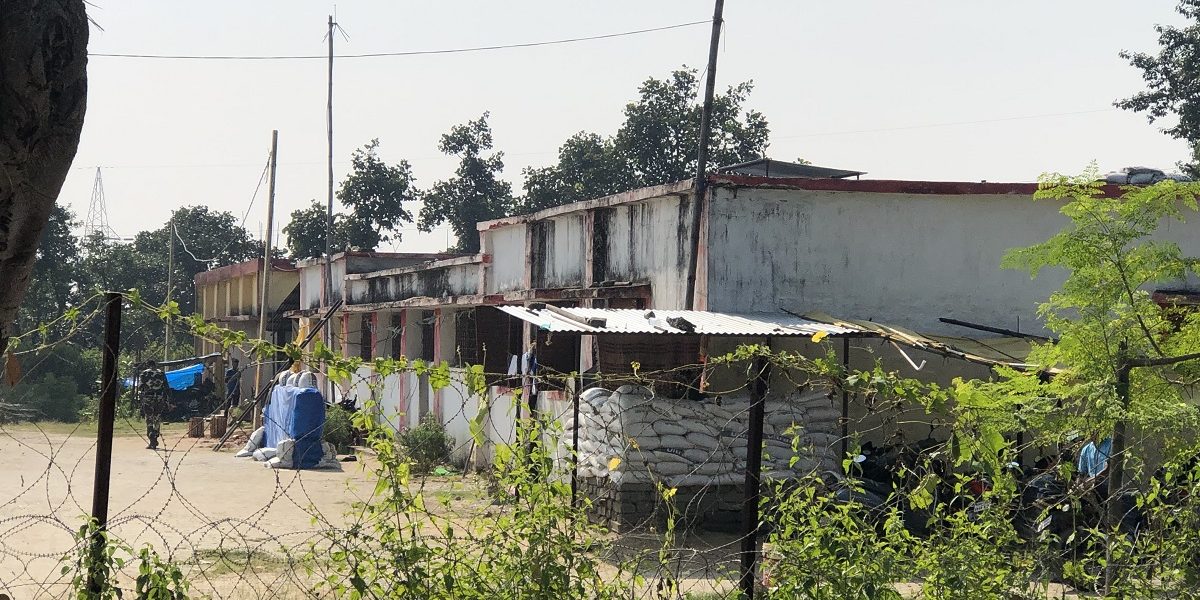 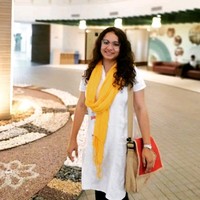 The victory of the Hemant Soren-led gathbandhan in the Jharkhand 2019 assembly elections is backed by immense expectations from the Adivasis who have been disappointed by the BJP government under Raghubar Das. The newly formed government has shown some commitment to pre-election promises. Among its first decisions was the dropping of all charges related to the Pathalgadi agitation of 2017-18. This marks a huge victory for the Adivasis, particularly in the Khunti district of Jharkhand, where over 10,000 Adivasis – named and unnamed – slapped with several charges including sedition lived under the constant fear of being harassed by the police and administration.

Pathalgadi is a Munda tradition of erecting stone slabs in honour of ancestors or loved ones, to announce important decisions or to simply mark the boundaries of a village. According to sociologist Virginius Xaxa, the practice was in fact started by former IAS and IPS officers B.D. Sharma and Bandi Oraon respectively, to educate the Adivasis about the provisions of the Panchayat Extension to Scheduled Areas (PESA) Act.

The practise took the form of a movement in 2017 when several villages started to erect stone slabs painted in green and with provisions of the Fifth Schedule of the Constitution, the PESA Act and judicial orders. Using the Pathalgadi movement, tribal villagers asserted their right to self-rule and autonomy to follow traditional means of governance. The state reacted with severe repression and violence, using armed forces for raids and arrests of the people. 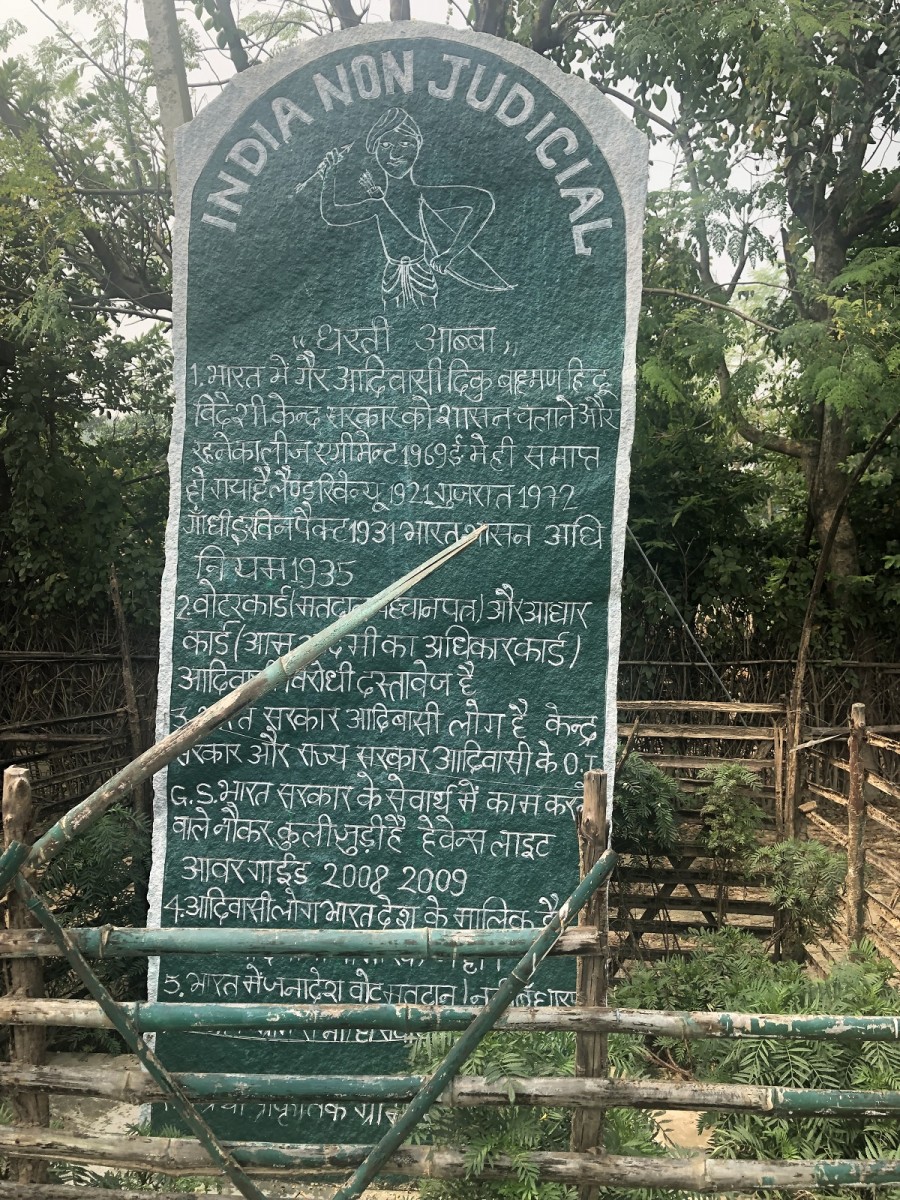 A Pathal erected outside a village in Arki, Khunti. Photo: Varsha Poddar

The Jharkhand government’s website says that Khunti is an educationally backward district, adding that the Munda tribe, its major inhabitants, have long been excluded from the education system. The literacy rate is 63.86% and female literacy is lower, at 53.69%.

Despite this, security camps have been stationed in several schools of Khunti due to which education has taken a different shape. Despite being a 5th schedule area, none of these camps were set up with the prior consent or even in consultation with the Gram Sabha. On the other hand, some Gram Sabhas opposed the setting up of police camps, and in Kochang, villagers were coerced to permit it to be set up. In these places, either the security camps have been constructed alongside a running school, or a school has been shut to make space for the camp.

Some of these camps, according to the security forces, were established to keep a check on the presence of extremist groups. The problem of stationing security camps in school goes beyond Pathalgadi and is used by the governments in various states. Para 18 of the Supreme Court judgment in Nandani Sundar and others vs. State of Chhattisgarh (2011) reads:

“….it is necessary to note here that this court has to intercede and order the State of Chhattisgarh to get the security forces to vacate the schools and hostel they have occupied; and even after such order many schools and hostels still remain in the possession and occupancy of the security forces. Such is the degree of degradation of life and society. Fact speaks for themselves. [emphasis added]”

According to a letter written to the National Commission for the Protection of Child Rights (NCPCR) by two organisations, there are eight such schools in Khunti and one in West Sigbhum where security forces have been stationed – some as a reaction to Pathalgadi, while others to check extremism.

One of these, is the erstwhile Birsa School (near Kitahatu village of Arki block) which was given to a ‘swami’ by the Gram Panchayat for an English medium school. He took over the place in 2011 but as years passed, the school’s performance declined. After being closed for six months, since May 2018 it hosts security installations like police vehicles, armed officers at the gate and a police station inside the school. The classrooms have been converted to dormitories and the stench of alcohol fills the place. Ironically, the thana came up when the villagers demanded a high school. According to the police, the thana was established due to high crime rate, to which a villager responded, “Crime is high because of illiteracy. If you close down schools, how will crime reduce?”

In Arki block, an SSB camp was established in 2011, to allegedly check extremist movement, alongside a residential school in Hunth. The police regularly interact with the school and often conduct security drills on the playground. Most primary school children said they were scared because of the presence of police. One is left to question what impact this will have on the child’s psychology, especially in a residential school. In another village, Birbanki, where the literacy rate is only 31% (23% for women), the only high school was closed to establish a CRPF camp, after an IED blast was carried out by extremist groups. 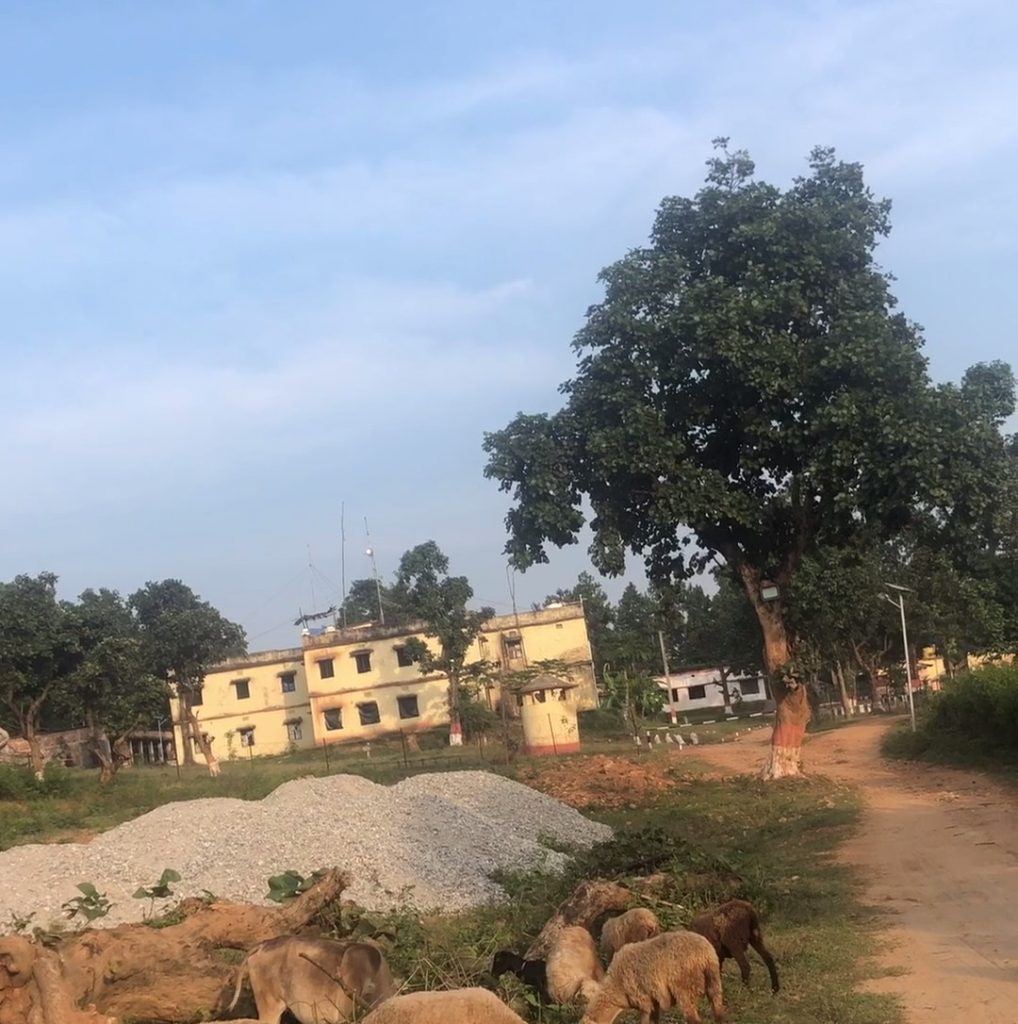 In yet another instance, a functioning school in Kochang, Arki was closed in 2018 to set up a CRPF camp in response to the Pathalgadi movement. The administration claimed that this school was merged with another school. However, according to the fact-finding report of Jharkhand Janadhikar Mahasabha – a civil society network, there was no consultation process with the Gram Sabha or the SMC before the establishment of the police camp or the merger of the school. The report says the merger happened only after the camp was established.

Also Read: In This Jharkhand Village, No One Can Come or Go Without the Army’s Permission

Similar situations persist in other villages, where security camps have been established in schools. During the Pathalgadi Movement, a boycott of government schools was announced because of the poor quality of education and their negligence of Adivasi history and culture. Instead of trying to improve them, the government used it as an opportunity to establish more security camps. In another shocking instance, two schools were merged into a school in Korwa, Arki. The campus now functions alongside a CRPF camp. Under the school merger project, the government hired a multinational private consultancy firm to recommend the merger of neighbourhood schools. After this merger, only about 15 students from one of the two merged schools enrolled here while none from the other school. However, when asked if one could meet the children who came from the closed school, the teacher said it was not possible.

On the day of the visit, the gram sabha was held where villagers said that they had protested against the establishment of a police camp. They also said that the security personnel are present everywhere in the jungles because of which women cannot go to the forest. The villagers reported that there were over 300 students in the school earlier, but it has been reduced to no more than 120 (a claim corroborated with the U-DISE data on enrolment).

It is important to ask, how a school alongside a CRPF camp and showing a continuous fall in enrolment rate was chosen for the merger of two other schools. The promise of social and economic mobility that entails education is repudiated by legitimising repressive government actions which fundamentally disregards objectives of traditional Adivasi autonomy, freedom and justice. In Khunti, signs of exclusion are overtly visible – there was a near absence of women and children in public spaces – a problem that exists because of the presence of hundreds of armed men. It is accentuated by the increasing distance between children and their schools. This exclusion was also reflected in the Lok Sabha elections, where it was reported that due to the fear of security camps and repression by the administration, several villages had declared that they would not vote. In the assembly elections, no political party took cognizance of the establishment of security camps in the schools.

Even as the new government addresses the issue Pathalgadi, there is complete silence on the issue of schools.

Education must be viewed in the context of years of dispossession that the Adivasis have undergone and its importance to the question of Adivasi identity. The presence of armed men, stationed indefinitely, in school campuses violates a child’s Right to Education and creates an atmosphere of fear and intimidation. The security camps must be removed from the schools, immediately. This can mark an important beginning not only for the children of these schools, but also for the people of Khunti.

Varsha Poddar is pursuing M.Phil in studies in Sociology of Education at TISS, Mumbai. The author would like to convey her gratitude to Aloka Kujur and Vivek for helping her with fieldwork. She would also like to thank Siraj Dutta for his comments.