Activist held that the Jharkhand police FIR obscures many facts even though the victims clearly told the police at the hospital that they were brutally beaten by CRPF personnel. 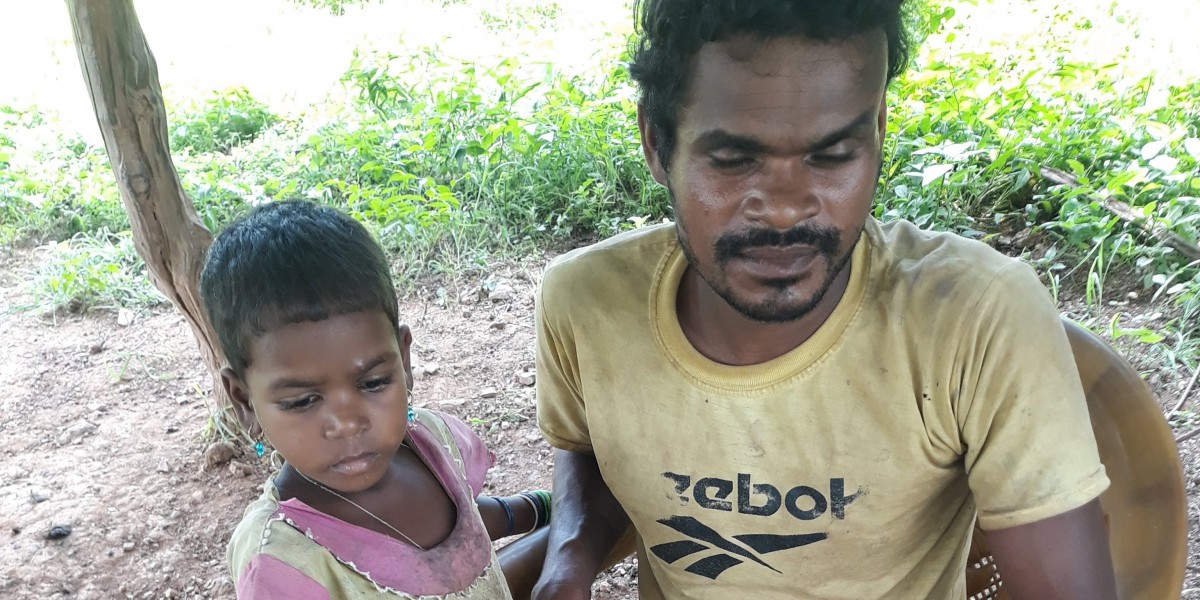 Guna Gope, who was injured in the violence. Photo: Twitter/@JharkhandJanad1

New Delhi: Over a month after Adivasis in Jharkhand were beaten allegedly by Central Reserve Police Force (CRPF) personnel, local activists say that so far, no concrete action has been taken against the perpetrators.

According to a fact-finding report released on Wednesday by several activists, “even though the victims clearly told the police at the hospital that they were brutally beaten by CRPF personnel, the FIR filed by the police obscures many facts of the incident and makes no mention of the role of the CRPF in the violence.”

The incident took place last month in Chiriabera village (Anjerbeda revenue village) in the West Singhbhum district of the state. The Wire had reported that as per the letter written by the local gram sabha, over a dozen of CRPF personnel arrived at Bonj Surin’s house on June 15 while Surin was working and started asking him where “the Naxals” were.

Anjedbeda Gram Sabha has written to SP Chaibasa with details of the incident & demanded compensation and action against perpetrators. They clearly say that CRPF personnel mercilessly beat the villagers and looted land documents, Aadhaar and money from one of the victims. 1/n https://t.co/Jr96gkWtXa pic.twitter.com/NACAgf2wS2

According to the gram sabha’s letter, when Surin was unable to answer the question – he did not know the language the CRPF was speaking in – he was brutally beaten by the para-military, using sticks and the butt of guns. When other villagers tried to run away, they were mercilessly beaten as well.

4/n Physically handicapped Guna suffered serious injuries. He could not speak in Hindi when asked by CRPF. They said that his deformed hand must be a bullet injury & accused him of being a naxal. When an elderly lady came to save him from beating, she was kicked too. @samzsays pic.twitter.com/6EDjbU3Thy

Also read: Unable to Speak in Hindi, Jharkhand Villagers Beaten up by CRPF on Suspicion of Supporting Maoists

Moreover, as per a video released at that time by the Jharkhand Janadhikar Mahasabha, one of the victims, a handicapped man named Guna Gope was also injured in the beating. “He could not speak in Hindi when questioned by CRPF. They said that his deformed hand must be the result of a bullet injury and accused him of being a Naxal [Maoist]. When an elderly lady came to save him from the beating, she was kicked too,” the Mahasabha said in a tweet.

However, Chaibasa (West Singhbhum) SP Indrajeet Mahatha, in conversation with The Wire, maintained that not all of them had been injured by the CRPF’s actions. He had also claimed that this was a highly sensitive area (with huge Maoist presence) and the police had been receiving information about Maoists’ movement in the region and were compelled to carry out routine activities.

According to the SP, “(c)onfusion occurred when two villagers tried to flee and one got into an argument when the CRPF personnel tried to question him and whosoever is the culprit will be punished.” He informed The Wire that a case had been registered against unnamed CRPF personnel under sections 323 (voluntarily causing hurt), 324 (voluntarily causing hurt by dangerous weapons or means) and 341 (wrongfully restraint) of the Indian Penal Code.

But contrary to the SP’s claim, the copy of the FIR (20/2020 dated June 17, 2020, Goilkera P.S.), seen by The Wire, does not mention the CRPF. Rather, it says that the villagers were beaten by unknown criminals (agyat apradh karmi). The activists have also alleged that the police tried to pressurise the victims in the hospital into not pressing charges against the CRPF.

“It is worrying that despite direct instructions of the chief minister to take appropriate action in this case, the local police has filed an FIR that is an attempt to misdirect the investigation and absolves the perpetrators of the violence, the CRPF, of their role in the violence,” said Siraj Dutta, a member of the Mahasabha, while speaking to The Wire over the phone from Ranchi.

“The administrative approach in this case once again indicates why human rights violations are faced by Adivasis of Jharkhand in cases pertaining to paramilitary forces and police action,” added Dutta. The Mahasabha has demanded that the police should immediately rectify the FIR by naming CRPF personnel as perpetrators in it, record the testimonies of the victims accurately without any change and add relevant sections of the IPC and the SC-ST Act.

“The government should also take action against the local police for not registering the testimony of victims as told to them and registering incorrect testimony. Immediately identify and arrest the CRPF personnel responsible for the violence,” they added. Demanding a time-bound judicial inquiry into the matter, members of the fact-finding committee said, “all the victims should be adequately compensated for the physical violence, mental harassment and loss of property.”

Members of the team also demanded that the state government clearly instruct the local administration and security forces to not exploit people, especially Adivasis, in any way. “All incidents of human rights violations by the state apparatus should be strictly dealt with. People should not be harassed by security forces under the garb of anti-Naxal operations,” read one of the demands of the report.