January 6th and Pegasus: Not All Democracies Are Quite the Same

You see, in India, the shoring up of the image of the government is of paramount importance, and no truths or institutional mechanisms can be permitted to be indifferent to this supervening consideration. 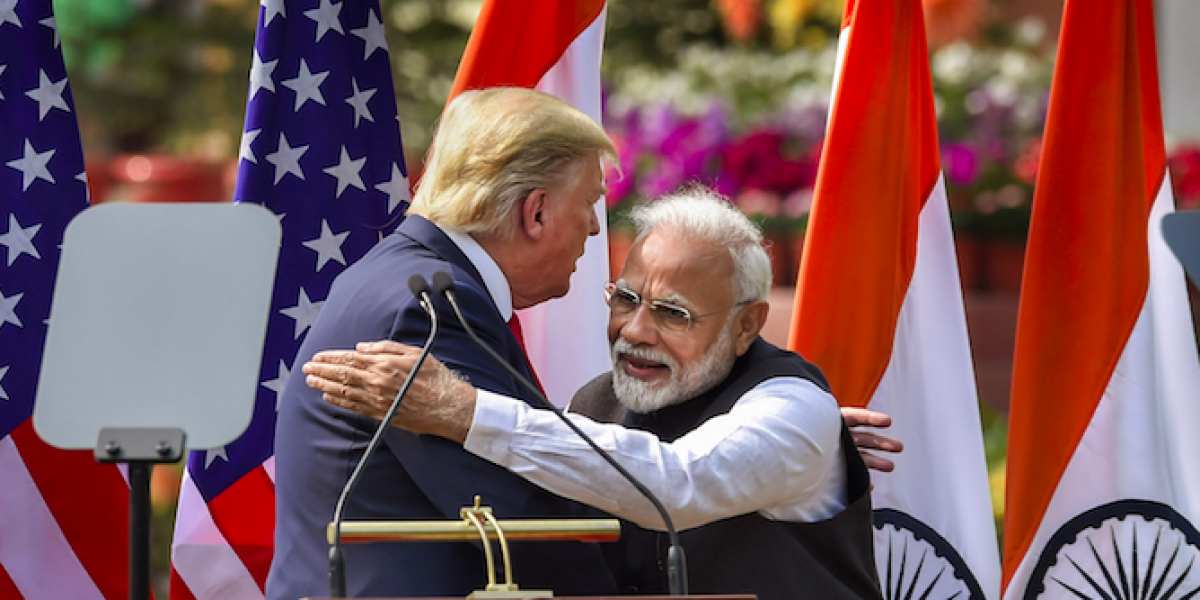 India and the United States of America are habitually called democracies – one ‘largest,’ and the other the ‘oldest.’

Consider the current Congressional hearings into the rebellious insurrection of January 6, 2021, when the whole institutional edifice of American democracy seemed perilously close to extinction.

One after the other, the various officers, civil and legal, who had any involvement or responsibility, or indeed, any knowledge of how and why that insurrection took place, or was allowed to take place, came dutifully before the Congressional Committee to depose under oath, many of them having served the Trump presidency.

And, notice how the proceedings of the committee are televised to the wide world as well.

There was an individual who refused to appear before the Congressional committee, name of Steve Bannon, thought to be one of the chief brains of Trumpian populism – which thinks itself above the law.

So, as per powers of Congress, the committee, largely composed of Democrats, but with the exemplary participation of two Republicans as well – one of them, Dick Cheney’s daughter Liz, who has stood upto to Trump and his machinations like a rock of principle – issued a sub-poena (in our parlance, a summon) to Bannon, asking him to appear and depose.

He refused the summons as well.

So, once again, in accordance with the institutional provisions of law, Bannon was hauled up before a grand jury, tantamount to a people’s court.

The grand jury found him guilty of obstructing the law, and sentenced him to two years in the slammer. 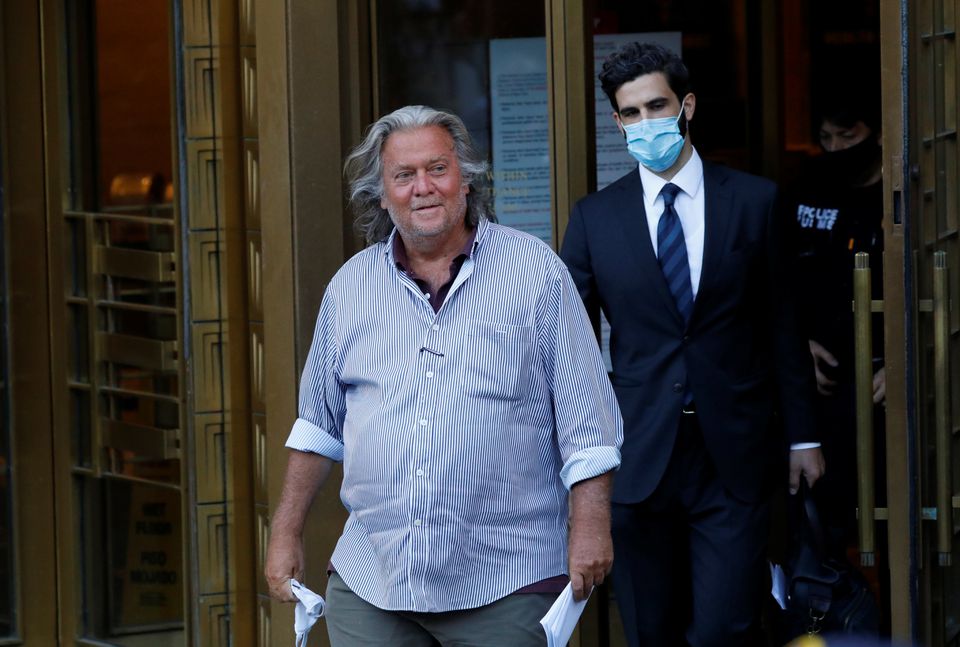 In the ‘largest democracy’, however, a committee (headed by Justice R.V. Raveendran) set up by the highest court in the land to enquire into complaints that the executive had not only bought the nefarious spyware, Pegasus, from its Israeli vendor, NSO Group, but used it unlawfully and indiscriminately to raid phones belonging to critics of the government – journalists, politicians, civil rights workers, even officers of the court – asked the government to say what it had to say about the charge.

Well, we now know, based on what the Chief Justice of India said in open court last week, that the government refused to cooperate with the committee. One presumes the government stuck to its position that grave questions of ‘national security’ were involved and thus did not bother to submit an affidavit to the committee – not even in the proverbial ‘sealed cover’ which has in recent years become a sort of accepted practice that excludes the citizen from her right to know and seek accountability.

The Chief Justice of India had last year explicitly opined that the ‘national security’ argument could not be used ad nauseum as an omnibus tactic, especially where the matter concerned the fundamental rights of the citizen.

So, there the matter rests; and this democracy here seems to have no institutional mechanisms to ensure that this executive refusal is overridden, and compliance effected.

As to charging the executive with contempt, well, we wait and watch.

Nor does any committee of the Indian parliament have the statutory clout to haul up offenders of this sort and seek answers, not to speak of televising the proceedings of its hearings.

You see, in our democracy, the shoring up of the image of the government is of paramount importance, and no truths or institutional mechanisms can be permitted to be indifferent to this supervening consideration.

You may recall how, when Trump visited India and Gujarat, a slum area in Ahmedabad was walled off in double quick time so that his cavalcade could be prevented from seeing that part of our reality. 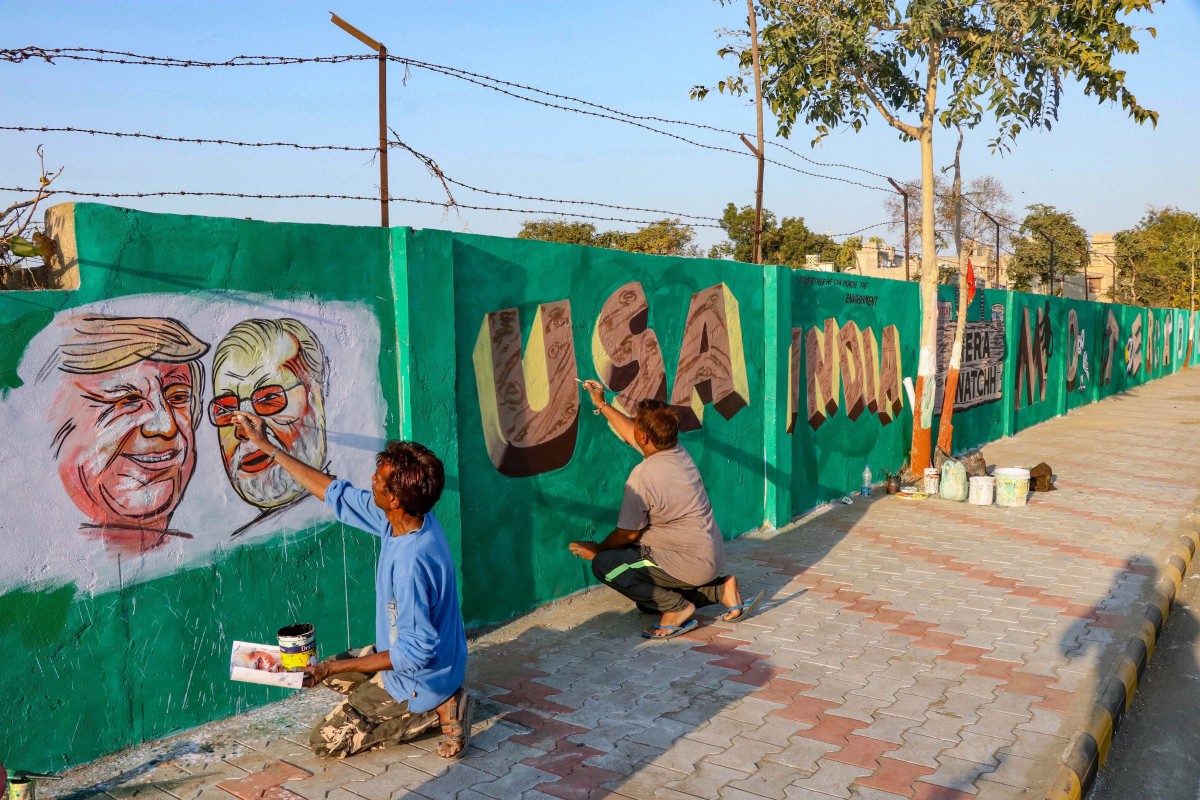 Murals being painted on a new wall in Ahmedabad ahead of ‘Namaste Trump’. Photo: PTI

Having determined at the time of the making of the American constitution that all men, however noble or endowed, are prone to sin, and therefore to have a government not of men but of laws, nary an American, no matter how high, seems ever immune from the rigours of the justice system.

Example: the Watergate hearings of the mid-Seventies which brought down President Richard Nixon, and now the investigation into how Trump may have committed crimes that qualify for setting out of formal charges by the Department of Justice.

As part of those investigations, notice how Trump’s monarchical residence in Florida’s Palm Beach has been raided.

Contrast how offences allegedly committed by the high and mighty in the ‘largest democracy’ are either simply ignored, or cases against them withdrawn, or simply buried under the law’s contumely. 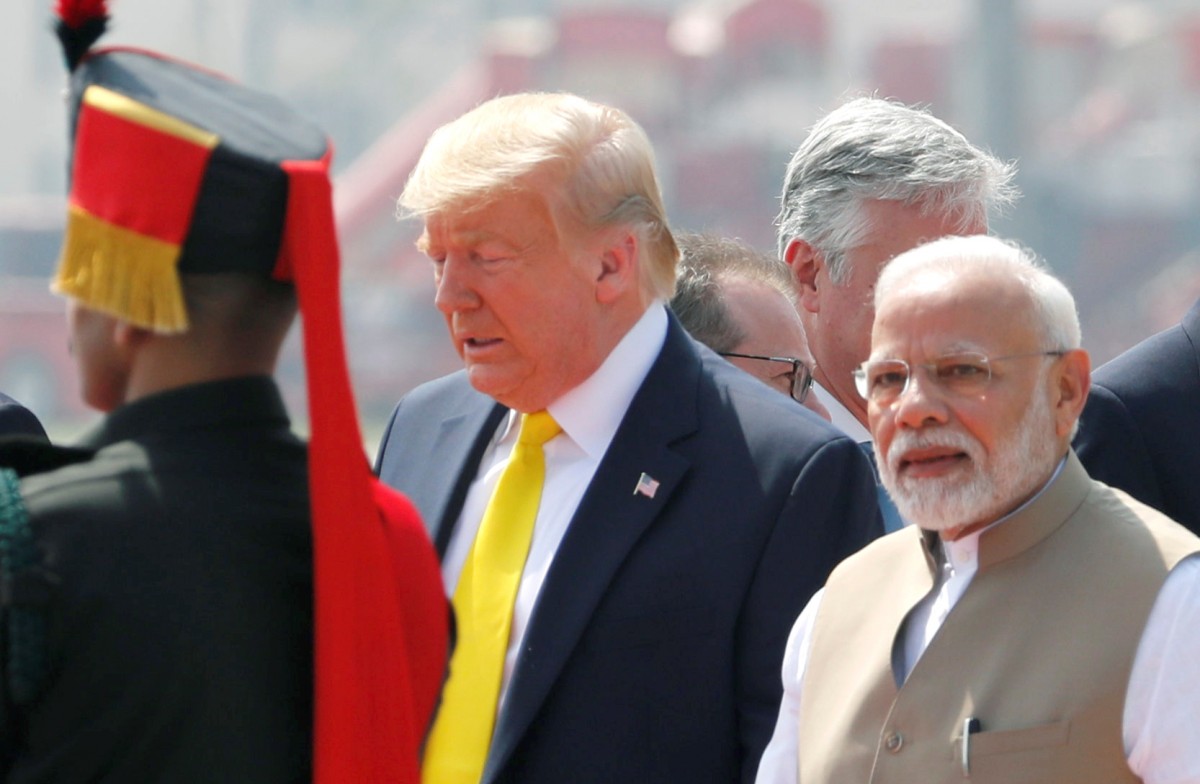 The bedrock and corner-stone of American political democracy in my view remains also the First Amendment Right of the citizen.

This provision allows the citizen a freedom of expression literally absolute in content, barring the one proviso that nothing that is said either incites or leads to actual violence.

The citizen in America may hurt as many ‘sentiments’ as she wishes, without fear of indictment just so long as the constraint noted above is observed.

This leaves American courts free to deal with matters of actual substance rather than be forever embroiled in adjudicating the matter of ‘hurt sentiments.’

Thus, all told, the two democracies are not the same kettle of fish; the ‘oldest’ continues to be salvaged from its brigands by the integrity and powers of institutions, the ‘largest’ seems fast descending into one conglomerate worship of a cult that includes, among the worshippers those whose constitutional job it is to preserve the republic from such worship.

That said, in the sphere of macro-economic policies and social discrimination, the two democracies have common features of grave import for the idea of democracy itself.

But, of that, later.