'They Have Destroyed My Family': J&K Cop, Wife and Daughter Gunned Down by Militants in Pulwama

In recent times, many SPOs have resigned from service after facing threats from the militants while some have even joined the ranks of the militancy.

Villagers carry the coffin of the daughter of a policeman during funeral procession, who was killed along with her father and mother by suspected militants at Hariparigam area of Awantipora in Pulwama district, Monday, June 28, 2021. Photo: PTI/S. Irfan

Hariparigam Tral, Pulwama: The Hariparigam village of Tral in Kashmir’s Pulwama district has been engulfed with a veil of silence, interrupted only by the wails of the women mourning the deaths of three members of a single family.

“O my daughter they just buried your flower-like body under the carpet of soil,” laments a woman, sitting inside a makeshift tent, put up to shield the mourners from the searing afternoon heat. Not to break the chorus of the elegy, another woman in the tent joins in, grieving the loss of three lives as she cries, “Who smoldered your young life to the ashes?”

Two militants on Sunday night barged into the house of 46-year-old Fayaz Ahmad Bhat, who had been a Special Police Officer (SPO) with the Jammu and Kashmir Police. The gunmen fired at Fayaz and, when his 42-year old wife Raja Begum and 24-year-old daughter Rafiya Jan tried to plead with the assailants and shield Fayaz from the bullets, they too were fired upon. 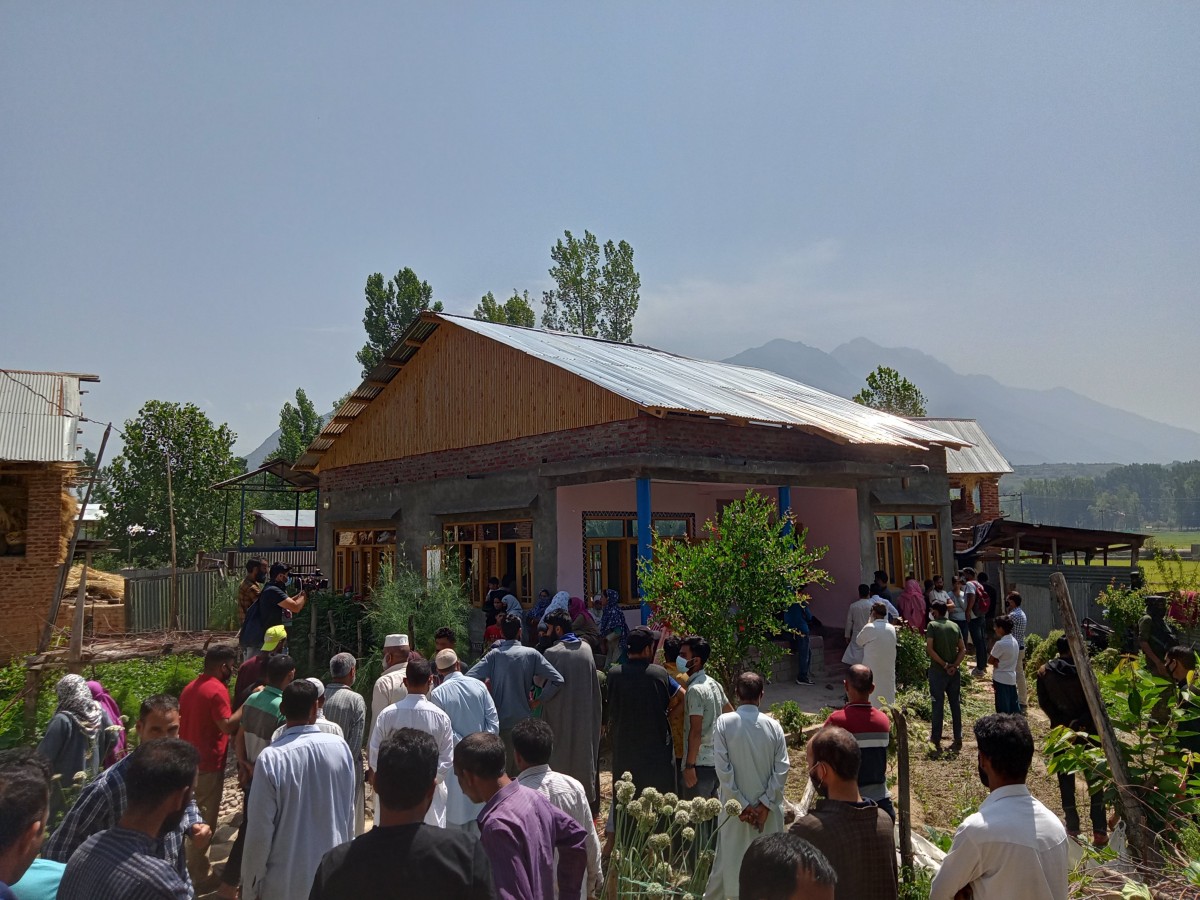 For the last 14 years, Bhat had been an SPO with the J&K police and was posted at the District Police Lines in Pulwama and worked as a carpenter there. SPOs are contractual employees of the Jammu and Kashmir police who are paid a meager incomes even though they form the backbone of the police in Kashmir. In recent times, many SPOs have resigned from service after facing threats from the militants while some have even joined the ranks of the militancy.

‘Threatened to kill me as well’ 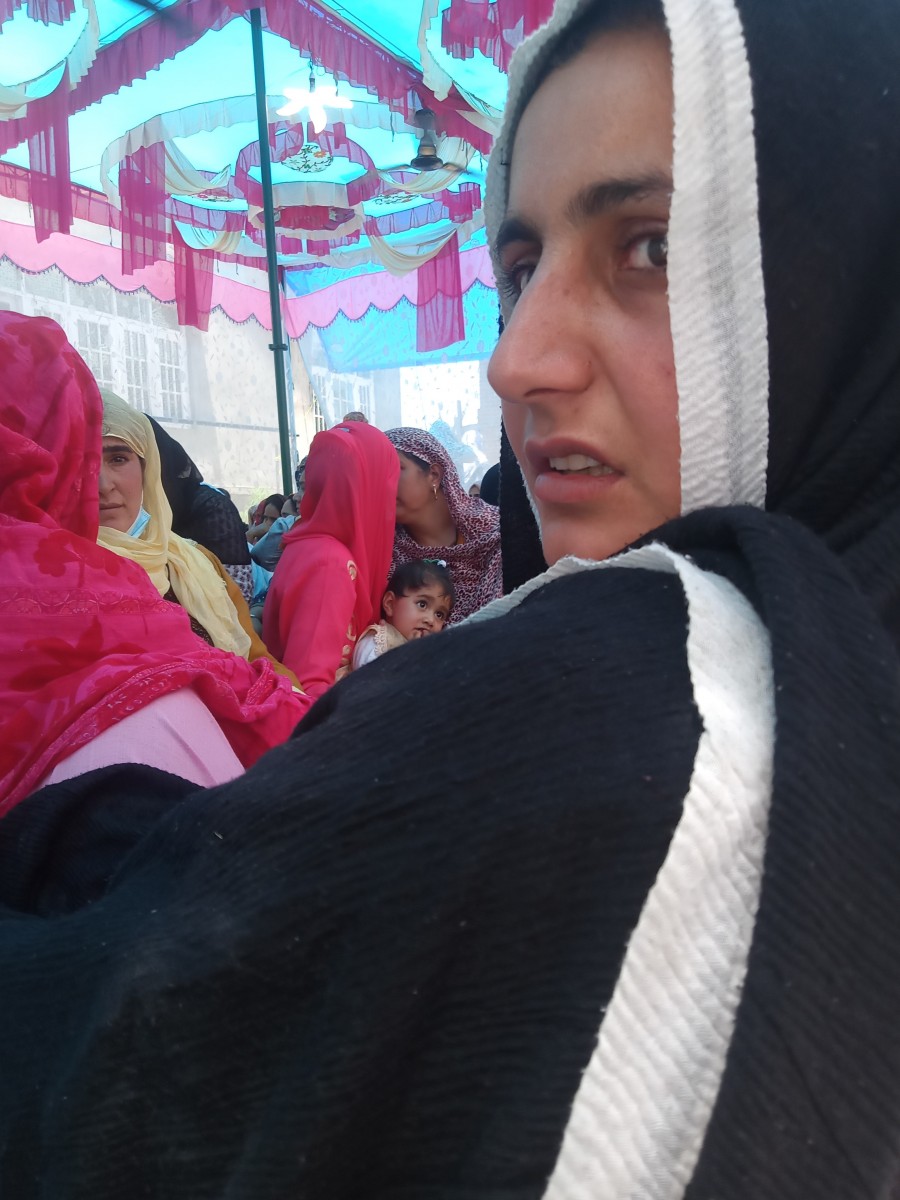 Ruqaya, the lone eyewitness to the incident, sits among mourners in a makeshift tent. Photo: Zubair Amin

Fayaz’s daughter-in-law, 22-year-old Ruqiya Jan, who is the lone eyewitness of the killings, told The Wire that the family members were arranging their bed and mattresses when they heard a loud thud at the main door of the house.

“Abuji [Fyaz] went to inquire about the noise. As soon as he opened the door, two armed men entered the house. One of them was in civilian clothes and the other one, who waited at the door, was wearing an army uniform,” Ruqiya said.

As soon as the masked men entered the house, the family members feared the worst as many SPOs in the last few years had been victims to attacks by militants. Their fears came true when the armed men started to fire on Fayaz.

“When they fired on Abuji, Mummy (Raja) and Ruqaya shielded him and were pleading for mercy but they fired on them as well,” Ruqaya said and added that when she tried to intervene, an armed man kicked her and threatened to kill her as well.

“I have had a Caesarean section only about a year ago and they kicked in my abdomen. I am in searing pain. They threatened to kill me as well and yelled at me to leave. My one-year-old daughter has been terrified since yesterday,” she said.

Bashir entered his brother’s house only to see three bodies lying on the floor in a pool of blood. “All three of them were lying there on the floor. Raja and Rafiya had surrounded Fayaz to protect him. I don’t know whether they killed them intentionally or they died while trying to save Fayaz,” Bashir said. 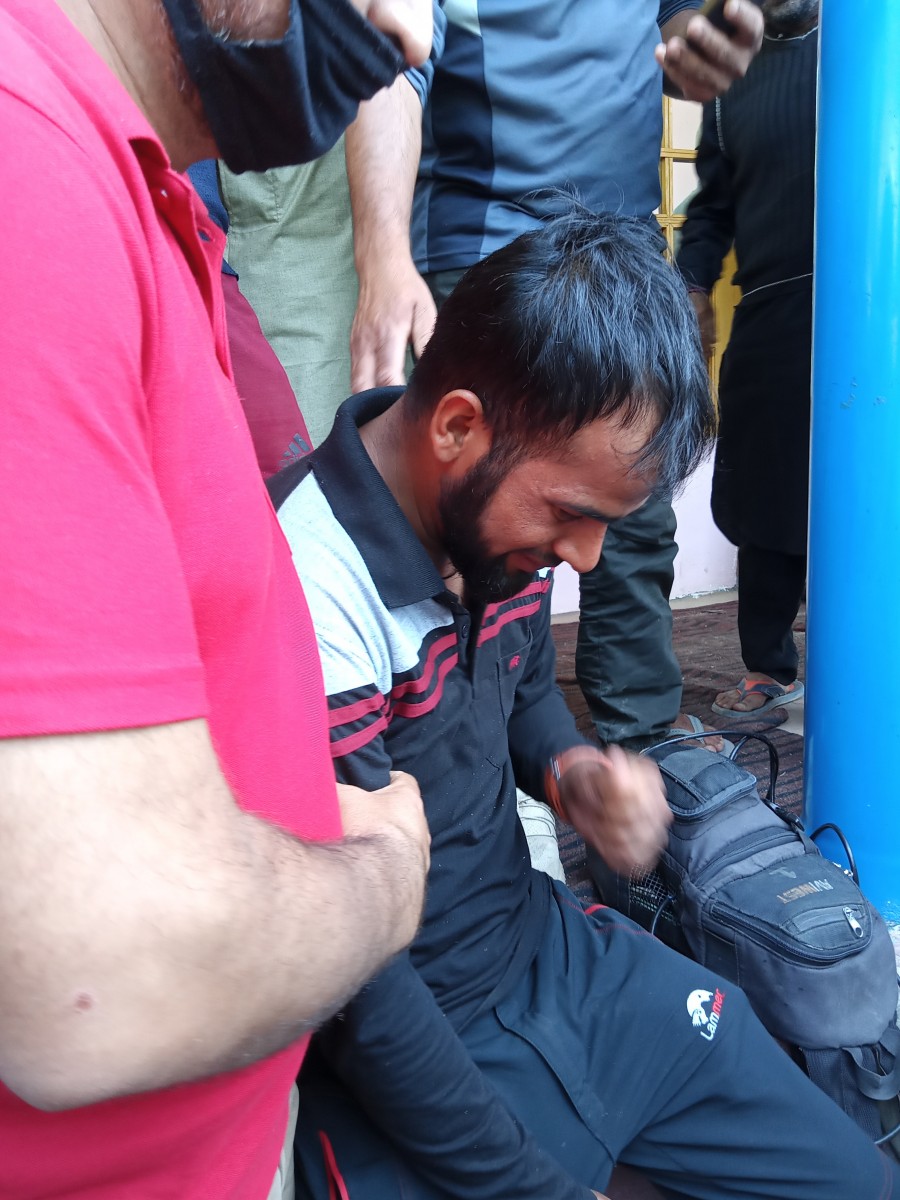 Liyaqat Ahmad is consoled by friends outside his house in Hariparigam village of Tral, Awantipora, Photo: Zubair Amin

‘They have destroyed my family’

While Fayaz died on the spot, his wife and daughter were taken to a nearby sub-district hospital in Bijbehara. Doctors at SDH Bijbehara shifted them to GMC Anantnag, where Raja Begum breathed her last.

Twenty-five-year-old Liyaqat Ahmad, a territorial army soldier posted in Pulwama district’s Khrew area, was on duty when a relative called him and told about the attack on his father.

“I rushed to GMC Anantnag. Doctors there told me that my mother has passed away. Rafiya was still murmuring. We took her to Soura where she too died,” Ahmad told The Wire while attending to the mourners at his house.

As Liyaqat breaks into tears, mourners who have gathered in the room try to console him.  “Leave it to Allah now. He is the judge of judges. Keep your pain inside. Do not shed tears,” a visitor tells Liyaqat.

In a sudden outburst of emotion, Liyaqat says, “Why did not they warn us even once? At least they should have given us one chance. Is this Jihad? They have destroyed my family.”

Liyaqat contacted officials of the Army hospital located at Badamibagh in Srinagar but they denied admission citing the non-availability of doctors.

Ruqaya also questioned that if Fayaz had been in the same job for nearly about two decades, then why was he targeted now. Ruqaya said at least one chance should have been given to her father-in-law.

“They warn people in the army or police to resign. They give a chance to everyone. Why didn’t they give Abuji a single chance?”  Ruqaya asked.

Ruqaya said all of the three dead had bullet injuries. “Abuji was shot in the head. Ruqaya had sustained two bullet injuried, one in the chest and the other in the abdomen. The bullet had pierced her abdomen and came out from the other side, Ruqiya said. 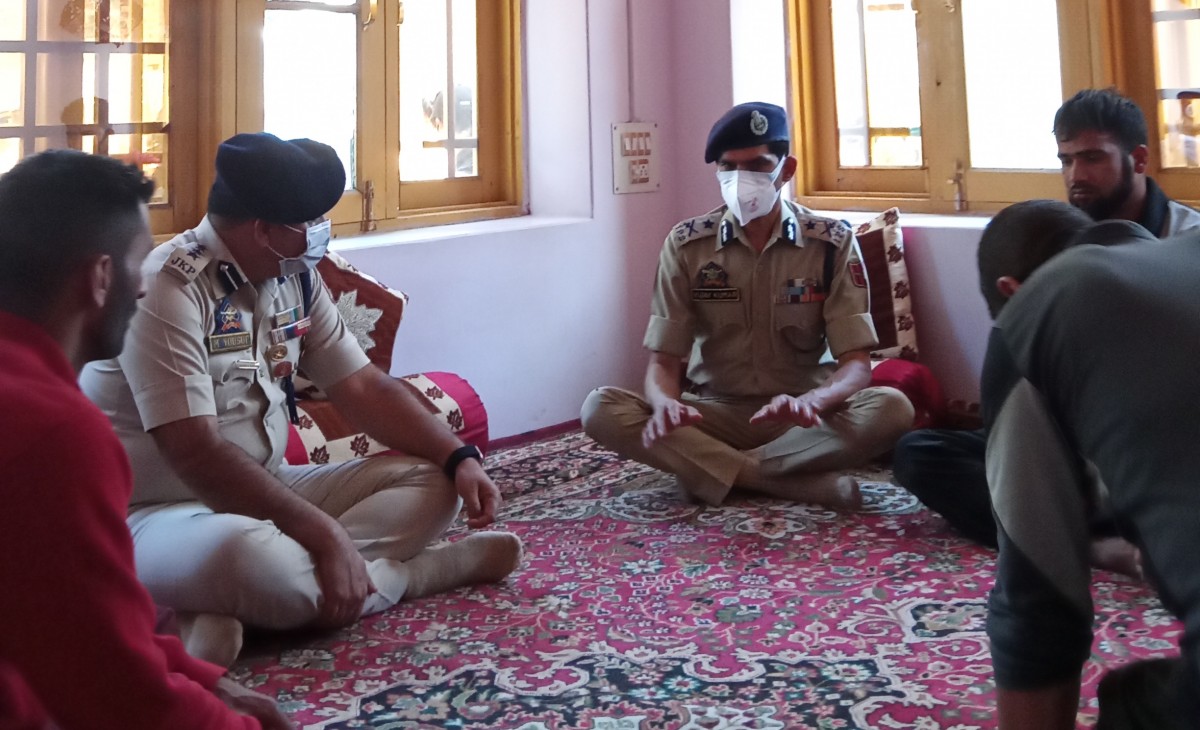 Inspector-General of Police (IGP) Kashmir Vijay Kumar on Monday visited the slain cop’s house and said that while the SPO’s family members had tried to save him, the militants fired upon them too. He said that two foreign militants from the Jaish-e-Mohammed outfit had carried out the attack and the process of identification of two attackers was ongoing.

“There is a movement of Jaish militants in the area and it seems that two foreign militants have carried out the attack,” IGP Kashmir told reporters at the slain cop’s house.

Zubair Amin is a Srinagar-based independent journalist. He tweets at @zubaiyramin