In a press conference, the government's spokesperson claimed that an overwhelming majority of land remains protected but glossed over the vast powers that the authorities now have. 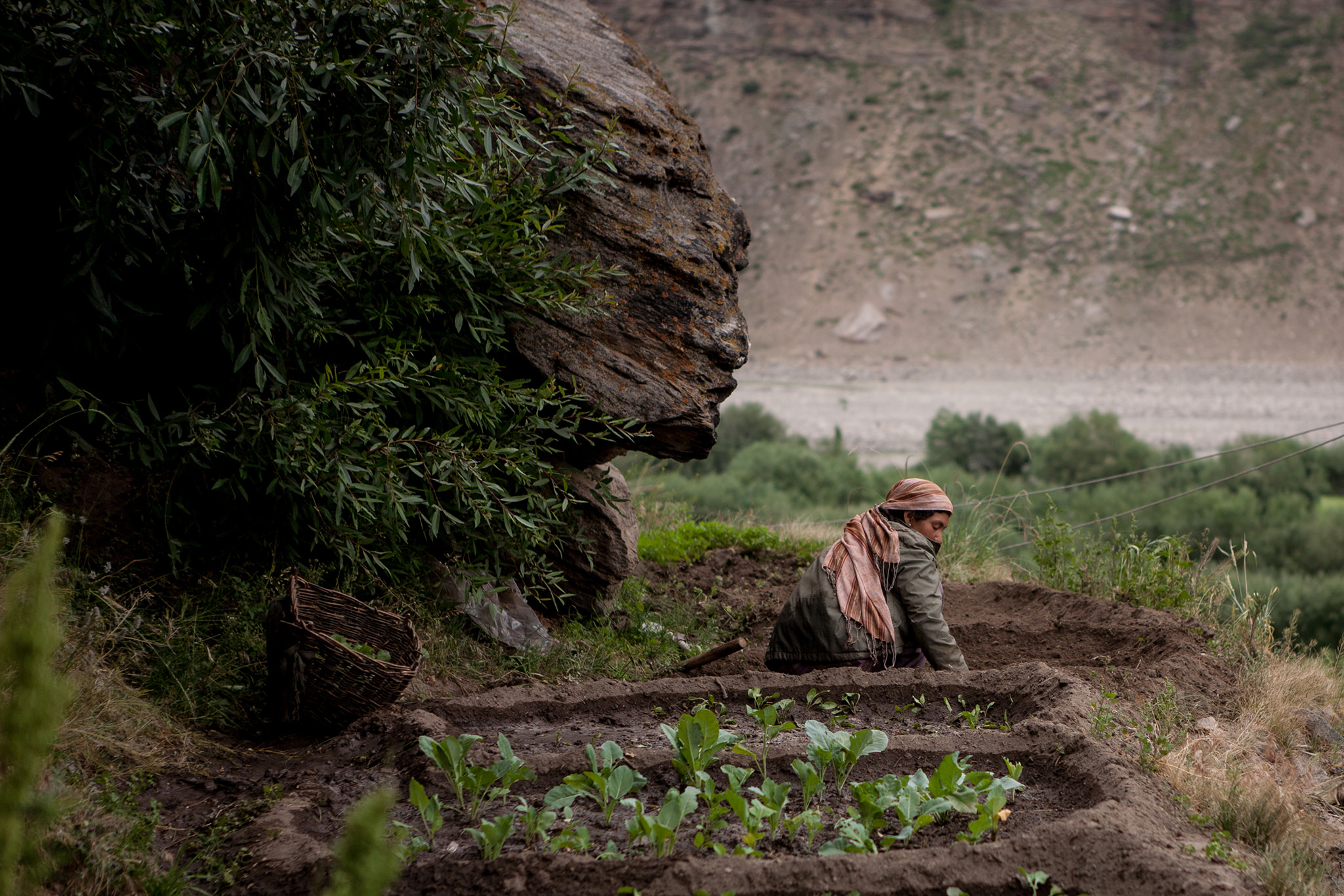 Woman working in the farm at Zanskar in Jammu and Kashmir. Photo: sandeepachetan/Flickr CC 2.0

Srinagar: With opposition to the new land laws in Jammu and Kashmir mounting, the government finally broke its silence, describing the concerns raised by political parties and other groups as “uncharitable”.

During a press conference in Jammu, government spokesperson Rohit Kansal talked about the “need” which led to several laws being amended or repealed. In one specific instance, he referred to the now amended J&K Land Revenue Act, claiming that no agricultural land can be used for any non-agricultural purpose or bought by “outsiders.”

“No agricultural land can be transferred to any person from outside J&K but can only be sold to an agriculturist from within J&K… the safeguard on agricultural land alone would ensure that more than 90% of land in the UT … remains protected and with the people of J&K,” Kansal repeatedly insisted.

The claims are, however, factually incorrect and contradict the amendments made to the Act. A district collector is now empowered to approve the conversion of agriculture land for non-agricultural purposes.

This sweeping change made in the J&K land laws is one fact that the spokesperson conveniently choose not to talk about. It has not only cleared the decks for non-residents to buy land in the Union Territory but also handed over unbridled powers to the government to take over any land.

Besides approving land conversion, the government can now declare any area as “strategic” for use by the armed forces, take over any land for “industrial use” or “public use” or “any other use.”

Also Read: The New Land Ownership Laws May Unite Kashmiris Across All Territories

‘The protection is gone’

The changes in the land laws were cleared by the Centre on October 26, under the Union Territory of Jammu and Kashmir Reorganisation (Adaptation of Central Laws) Third Order, less than a week before its powers to independently amend the J&K Re-Organisation Act, 2019 would cease to exist.

Through the order, the government repealed 12 J&K laws, including the historic land reform laws, and amending 14 others, some of which dealt exclusively with the sale and purchase of land.

Under Article 35A of the constitution, which was read down along with Article 370 in August last year to end J&K’s special status, the erstwhile state assembly had powers to define J&K’s permanent residents. And it was these permanent residents who enjoyed exclusive rights to buy immovable property, including land in J&K.

Former J&K advocate general M.I. Qadri told The Wire that while the protection cover in the form of Article 35A had already been done away with, the government has now, as a follow up, either altogether repealed or amended the land laws “to do away with the residency clause” which vested the land rights exclusively with the permanent residents. 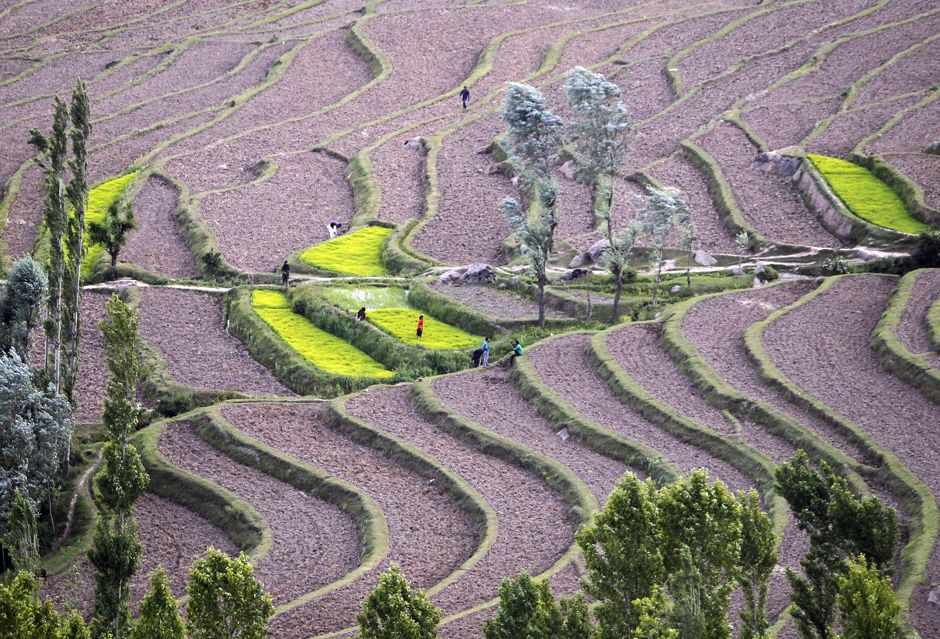 To put it in simpler words, Qadri said anyone from outside J&K can buy agricultural land with the government’s permission for commercial and other non-agricultural purposes.

Under the Act, the government has also cleared the setting up of a Revenue Board for preparation of “regional plans,” taking into account the government’s “development objectives”, requirement of land for developmental purposes – including residential and “any other objectives” – as conveyed by the government to the board or deemed fit by the board.

The board will be headed by the financial commissioner of the revenue department and it shall act as the Chief Controlling Authority for all land-related matters under the Act.

An owner can sell agricultural land for non-agricultural use after the payment of conversion charges to the board, which in turn shall notify the detailed procedure, prescribe forms and fix the fee for the conversion of agriculture land.

The law also empowers a person or the government to transfer the agricultural land to a landless person or a village artisan as per the eligibility, residency conditions and procedures to be notified by the government, to any government, company or a corporation or a board for “public use.”

The amendments now permit the transfer of agricultural land for non-agricultural purposes, to a public trust; a person or an institution for the promotion of healthcare and education; for industrial or commercial or housing purposes or “any other public purpose” notified by the government.

Through an amendment to the Jammu and Kashmir Development Act, the government has allowed the armed forces to take possession of any land in J&K after declaring it as “strategic.”

“The government may on the written request of an army officer not below the rank of Corp Commander, declare an area as strategic within a local area, only for direct operational and training requirements of armed forces, which may be excluded from the operation of this Act…” reads Section 3 of the amended Act.

The amendment comes after the then J&K administrative council, headed by Lt Governor G.C. Murmu, approved a proposal in June this year to amend the J&K Control of Building Operations Act, 1988. This allowed the armed forces to use the ‘strategic areas’ and deregulated construction.

“Once a location is declared ‘strategic’, the decision to allow construction by the forces will no longer rest with the local authorities, as was the case earlier. The approval will now come from the government,” said an official.

Earlier, the official said, the armed forces would acquire the land under the J&K Jammu and Kashmir Requisitioning and Acquisition of Immovable Property Act, 1968. A 1971 circular also required the forces to obtain a “No Objection Certificate” from the J&K home department before acquiring any land.

This circular was, however, withdrawn in June this year after the Centre abrogated the 1968 Act.

The official said prior to August 5 last year, there was “constant friction” between the J&K government and the armed forces over the latter’s requisitions to develop new firing ranges in both Kashmir and Jammu and allowing new constructions on the land under its possession at tourist resorts like Gulmarg and Sonamarg.

In a statement today, the People’s Alliance for Gupkar Declaration reacted sharply to the changes in the Act to allow “creation of security zones by avoiding adherence to the rules and regulations, regarding construction activities.”

“It is bound to put at peril ecosystem in fragile environmental areas like Gulmarg, Pahalgam and Sonamarg, already under pressure beyond their carrying capacity,” said the Alliance. 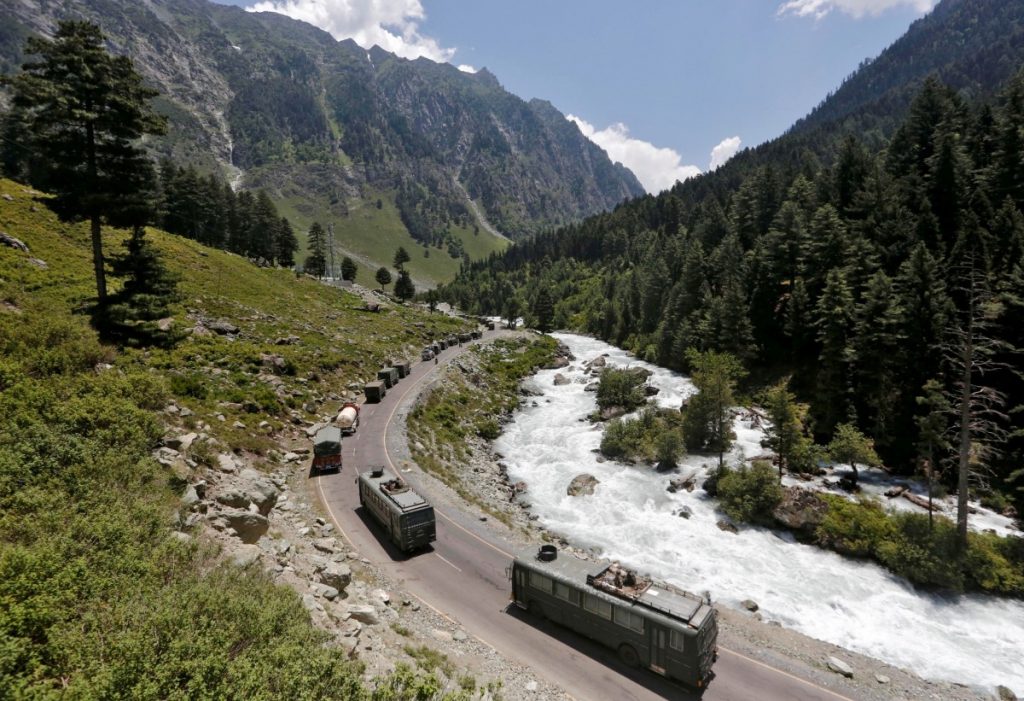 Through an amendment to the J&K Development Act, the Centre has approved the creation of the J&K Industrial Development Corporation. It will have powers to acquire any land and has legal cover against challenges to the property vested in it.

The Corporation will work to promote and assist in the rapid and orderly development of industries, establish and manage industrial estates and develop industrial areas selected by the government.

It will have powers to acquire and hold property, both movable and immovable, for the development of industry, and to lease, sell, exchange or transfer any property held by it. The Corporation can purchase or take on lease any land and raise constructions on it “for purpose of carrying out its duties and functions” and sell or make available on rent the buildings to industrialists or persons intending to start industrial or commercial activity in J&K.

The amended law now also makes it obligatory for the government to keep any land needed by the Corporation at its disposal, under the Right to Fair Compensation and Transparency in Land Acquisition Rehabilitation and Resettlement Act, besides keeping at its disposal any land vested in the government, after an agreement between the two sides.

Importantly, the Act gives immunity to the Corporation against any legal challenge from any aggrieved persons. “Unless otherwise expressly provided, no court shall take cognizance of any offence relating to property belonging or vested by or under this Chapter in the Corporation, except on the complaint of, or upon information received from the Corporation or some person authorized by the Corporation by general or special order in this behalf,” reads Section 22-AS of the Act.

Qadri said the “aim” of the August 5 move for the government of India has been to “change the demography” of the erstwhile Muslim-majority Jammu and Kashmir state. “The latest changes in the land laws are exactly a step in that direction,” he said.

‘A bundle of lies’

In defence of the new laws, the government spokesperson on Monday described them as “major step[s] towards the development and progress of J&K” and “ushering in land reforms.”

“There is a lot of misinformation and lack of clarity on this issue…the entire gamut of land laws were meant to serve an old rural agrarian economy and many of these laws had become outdated and obsolete and as new laws kept getting added, the system of laws suffered from redundancy and obsoleteness and ambiguities and contradictions,” Kansal said. In many cases, he said, the laws were “regressive and anti-people”.

The Gupkar Alliance, however, described the government’s stand on the land laws as “a bundle of lies aimed to hoodwink people.”

“The real object of the repeal of the basic land laws and massive amendments to the other laws are to push in and implement the agenda of effecting demographic change and disempowering the people of Jammu and Kashmir,” said the Alliance, a recently former group of political parties which have vowed to fight for the restoration of J&K’s special status. 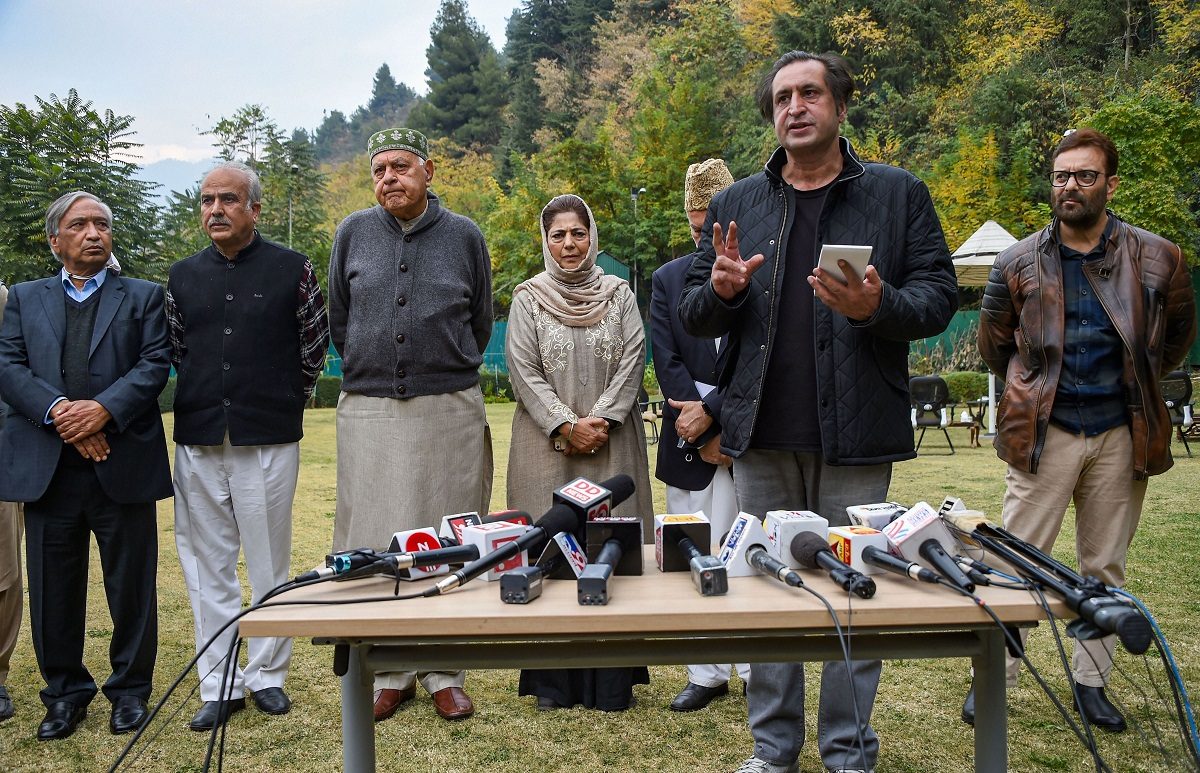 The Alliance said it was because of land reforms that there were no starvation deaths and no farmers’ suicides reported in J&K. Every resident could access the fundamental necessities of food, clothing and shelter, it said.

“This position is now sought to be reversed by making massive assault on the land law regime. The laws now introduced through amendments are not only against people of J&K but undemocratic, unconstitutional and backward looking with only aim to disempower people and change the demography,” said the Alliance.