Chief Justice Pankaj Mithal said that the inclusion of the terms “secular” and “socialist” in the Preamble of the constitution had “narrowed” India’s “spiritual image”. 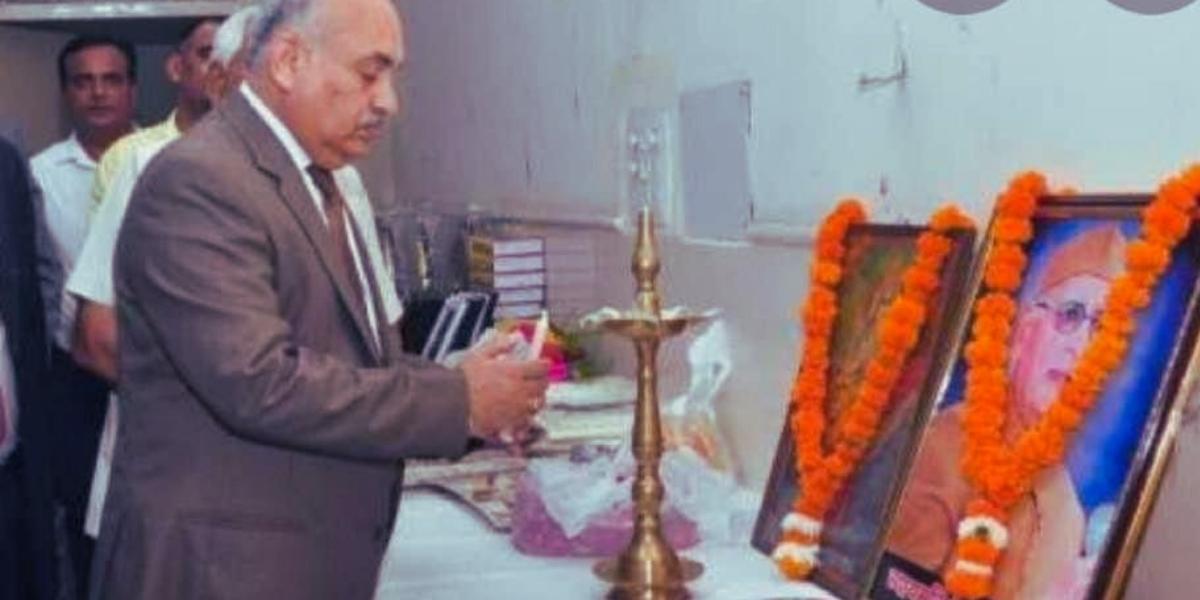 Srinagar: The presence of the Jammu and Kashmir and Ladakh high court Chief Justice Pankaj Mithal at a seminar organised by an outfit linked to the Rashtriya Swayamsevak Sangh (RSS), where he said that the inclusion of the terms “secular” and “socialist” in the Preamble of the constitution had “narrowed” India’s “spiritual image” has triggered controversy.

The controversy erupted after Chief Justice Mithal delivered the keynote lecture on ‘Dharma and the Constitution of India: The Interplay’ at a function organised by the J&K chapter of Adhivakta Parishad on Sunday, December 5, at the Teachers’ Bhawan in Jammu. Curiously, a poster for the event says it is a celebration of Constitution Day – which is observed on November 26.

The Delhi-based outfit was founded in 1992 by the Hindu nationalist activist and RSS pracharak Dattopant Thengad, who is also credited for laying the foundations of the Swadeshi Jagaran Manch, Bharatiya Mazdoor Sangh and Bharatiya Kisan Sangh, the trade, labour and farmers’ unions that are linked to the RSS, the ideological fountainhead of the BJP.

During his speech, the chief justice said the verdicts delivered by the apex court in Ayodhya and Sabarimala among other disputes involving Hindu shrines, he said the constitution has acted as a facilitator for dispute “resolution”.

However, the presence of CJ Mithal at the Adhivakta Parishad function and his remarks on the constitution – which came barely days after the BJP MP K.J. Alphons introduced a private members’ Bill in the Rajya Sabha to amend the Preamble of the constitution – have created an uproar. 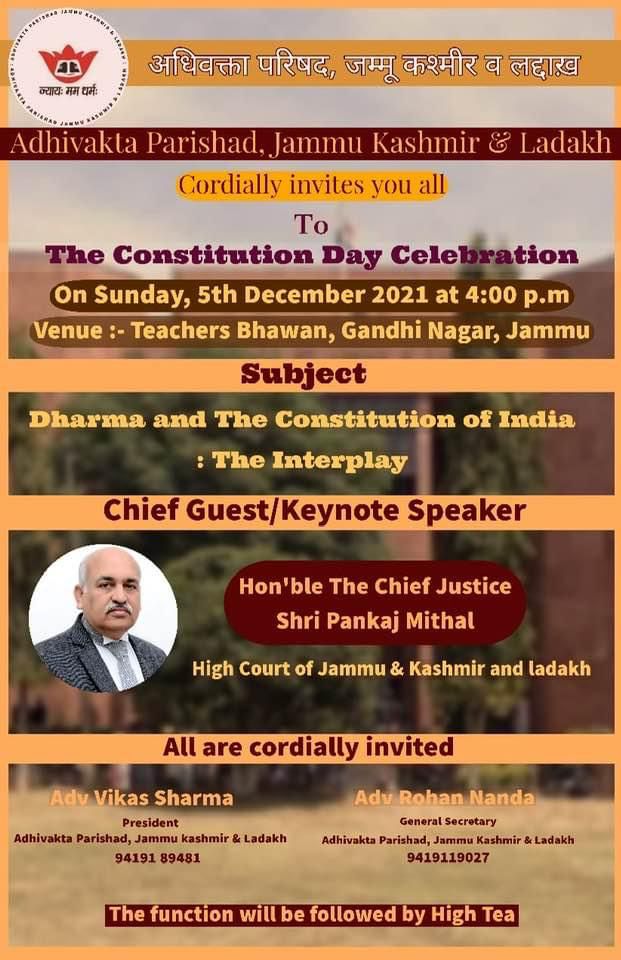 “Are the judges and Chief Justice not responsible for defending [the] country’s constitution?” the Communist Party of India (Marxist) said on Twitter, in response to CJ Mithal’s remarks that questioned the inclusion of the term “secular” in the Preamble. “They take an oath on it to safeguard its basic ethos. Such kind of statements are only going to erode the faith in the judiciary.“

The CPI(M) Central Committee member and senior J&K leader M.Y. Tarigami tweeted that the remarks of CJ Mithal will make those who make their constitutional cases before him feel uncomfortable.

The debate over the blurring of the line between the executive and the judiciary in India is not new. Since the BJP came to power in 2014, there have been allegations that the judicial system, especially the higher judiciary, was acting meekly when it comes to taking on the system.

A crisis was sparked in January 2018, when four senior judges of the Supreme Court held a press conference, alleging that the administration of justice was out of order and that “cases having far-reaching consequences for the nation and judiciary were selectively assigned to benches of preference without any rational basis”.

Earlier this year, The Wire reported that a mobile SIM card registered in the name of a sitting Supreme Court judge was a potential target of surveillance using the Pegasus spyware, which is sold exclusively to “vetted governments”  by the Israeli tech firm NSO Group.

Supreme Court registrars and the staffer who accused Justice Ranjan Gogoi, who was then the CJI, of sexual harassment in 2019 were also potential targets of surveillance using the weapons-grade spyware, raising disturbing questions about the influence of the executive over the judiciary.

Manu Sebastian, the managing editor of LiveLaw, India’s foremost legal website, said secularism has been held to be a basic feature of the Indian constitution but the framers of the Constituent Assembly did not deem it necessary to specially include ‘secularism’ in the Preamble, since they felt that the document was secular in character.

“The later addition to the Preamble recognises and clarifies a pre-existing fact only. This has been clarified by the Supreme Court in many judgments. And this is a constitutional guarantee to the religious minorities that they won’t be discriminated by the state due to their faith,” he told The Wire.

However, Sebastian said that Chief Justice Mithal could have been more discreet while making comments on the constitution in the capacity of a judge. “There should be more circumspection to ensure that the comments do not give fuel to the narratives against the constitutional guarantee of secularism,” he said.

Prominent lawyer and Jammu-based activist Sheikh Shakeel Ahmad said the participation of “head of the judicial family” in the event of “frontal organisation” of the BJP at a time when J&K is “claimed to be limping back to normalcy and is passing through most sensitive phase has put a big question mark over the independence of judiciary and administration of justice.”

“At this juncture, such an event which was attended by [the] chief justice has apparently demoralised the believers in [the] rule of law. A message is [a] writ large of inclination towards a chosen few and far away from the subject on which function was intended to,” Shakeel, a vocal critique of J&K administration, said in a Facebook post.

Sebastian said there are instances to suggest that the executive was interfering in the functioning of the judiciary. “The judiciary has been acting ‘executive minded’ in a majority of instances, barring certain exceptions,” he said.

A senior PDP leader said the events unfolding in the country under the BJP-led Union government “seem to be happening in tandem with the majoritarian interests”. “With Kashmir at the centre of the project to ‘purify’ Bharat, we are seeing an agenda rolling out on a day-to-day basis,” he said, requesting anonymity.

“The open association of the CJ with an RSS wing and his remarks [on the constitution] are part of this project. This is part of the larger reality and therefore doesn’t shock,” the PDP leader, who was a minister in the PDP-BJP coalition government, said.