A fact-finding team's report contrasts the view that people in Jammu have been celebrating the decision to dilute Article 370. 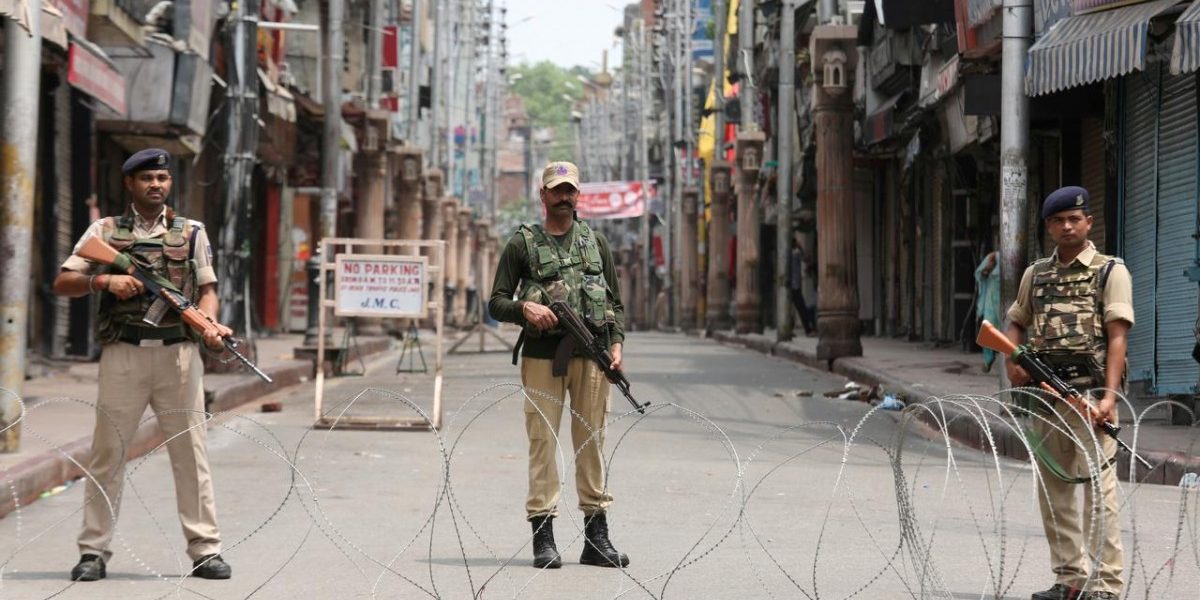 A fact-finding report presents a contrasting view to the claim that people in Jammu, the second biggest city of Jammu and Kashmir after Srinagar, have been “celebrating” the Centre’s August 5 decision to dilute Article 370 and revoke the state’s special status. It found that the town is gripped by “abominably high levels of fear” across all sections.

Psychiatrist Anirudh Kala, academic Brinelle D’Souza, journalist Revati Laul and human rights activist Shabnam Hashmi were in Jammu on October 6 and 7 as part of the fact-finding team. The report says that business in the region has come to a standstill, tourists were almost completely absent and that students and teachers are gripped by fear.

The team says that more than half the people they contacted in Jammu “froze” when a meeting was requested. “They refused outright to meet us or even engage with us on the phone, even when we made it clear we were not going to mention any names”, says the report, titled ‘Kashmir Civil Disobedience: Trauma, Resistance, Resilience Two Months On’.

Jammu’s commerce and business industries have also been affected by the continuing blockade in the Kashmir Valley, the report says. “In the grip of this coma [was] the head of the chamber of commerce, who called for a blockade to be held on the September 16”, but withdrew the announcement on September 14 after the government assured him that business would not be hit. However, the team quotes an insider as saying that the call was withdrawn because the head was “scared of being sent to prison”.

Another businessman told the team that the Centre’s decision has widened the rift between people. “Trade is hampered, work is not happening. Banks are not functioning. 60% of Jammu’s trade is with Kashmir, so that is affected,” he is quoted as saying in the report.

The report says it details the “untold story of Jammu and its trauma”. Jammu, unlike the Kashmir Valley, is not under lockdown. Landlines, mobile networks, shops, restaurants and malls are functioning, along with the internet. However, the report says the internet is “abominably slow” as files that take three minutes to transfer in Delhi were buffering all night in Jammu.

The team also found an absence of tourists, saying, “We were the only occupants at our hotel, the Ashok, which has 45 rooms. [Usually,] most are booked out at this time of the year.”

The authors also reported that while the presence of security forces, “omnipresent in Kashmir”, was not as visible during the day in Jammu. “After dark, the picture changed and cars were stopped and checked regularly,” the report says. Shops shut down in Jammu on August 6. Photo: Reuters/File

Not without reason, they say, distress was writ large on a contingent of transporters and traders whom they met. Those in the business industry stated that the Rs 35,000 crore business in Jammu had come to a standstill. Earlier 500 trucks at the railway station “would have a trip a day” but now it has reduced to “one trip in four days”.

Another businessman pointed out that usually during the Dussehra season, the wholesale market and mandi are “so crowded there’s no place to stand”. “Now it’s desolate,” the man said, according to the report.

Apple trade has also been hit, the report says. Last year, during the apple season, business worth Rs 7,000 crore was conducted, according to the report. “This time the government is saying they will buy fruit worth Rs 8,600 crore from Srinagar. How will this fruit get to the mandi? When individuals aren’t [able to] pluck fruit from their orchards because of the overall climate of fear?” a businessman told the team.

A transporter told the team that Jammu has been worst hit by the Centre’s decision to dilute Article 370. “The taxi business has failed, hotel – failed, transport – failed, tourist – failed. We had 25-30 tourist buses going every day to Kashmir. Now there’s no one to take tours. Not one bus is going out,” the report quotes him as saying.

A garment merchant complained that his business had completely frozen. “I have three months’ worth of payments pending from Kashmir. That’s not happening. 50% of my business is with Kashmir. Then tourists come to the Pir Panjal ranges to buy stuff. That’s also stopped,” the merchant told the team. 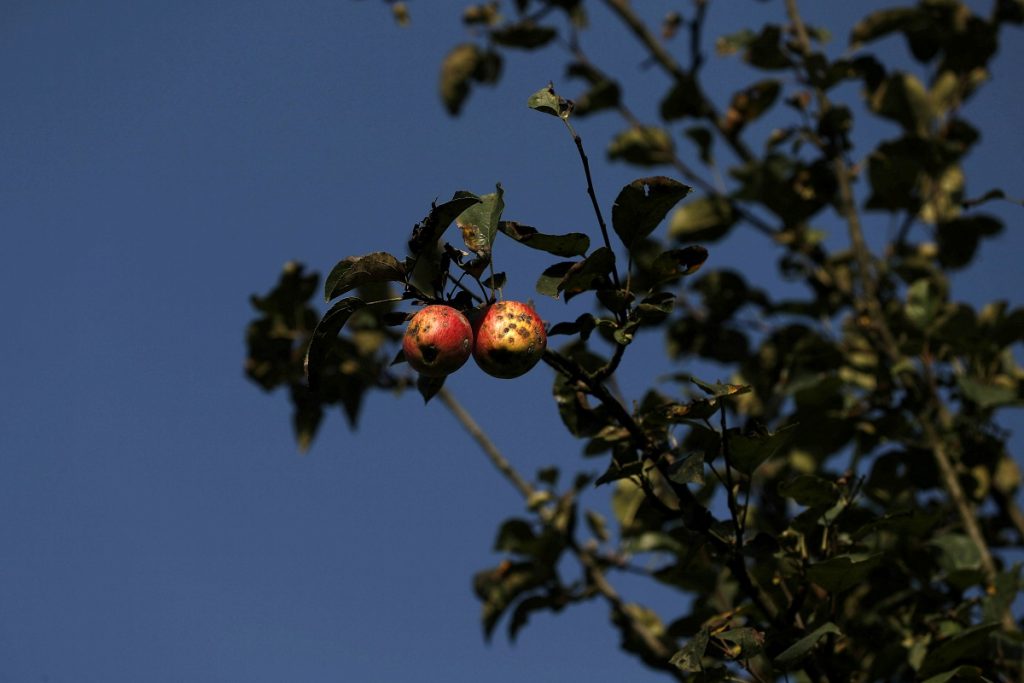 Rotten apples are seen on a tree at an apple orchard in Sopore, J&K September 13, 2019. Photo: REUTERS/Francis Mascarenhas

Stating that while the fear in Kashmir was “obvious, expected and spoken of”, the report – which deliberately avoids naming any individual – says in Jammu it is “hidden, macabre, even mocking”. In the University of Jammu, the fear is particularly stifling the report says. The team was told that people can praise the decision to dilute Article 370 or chant “BJP ki jai“, but if the government’s actions are criticised, people “will be picked up”.

A teacher said, “We are under pressure not to write anything against the government, otherwise we fear being sent to jail somewhere in Agra or some other place. Now, there is no one to back us. We can’t write on Twitter and Facebook. I had stopped posting a year back.” The teacher said that posts on Twitter are under the scanner and people are questioned about them.

Another teacher said, “People call me and tell me — ‘You are speaking like this — you know how unsafe it is. The police are under the control of the forces. They are now using [the] police against us for spreading fear. They can put any charge, even [the] Public Safety Act (PSA)’. Now a lot of people are understanding and the [BJP is] abusing [its power] and [say] we did a mistake by voting for them.”

Watch: To Educate People on Kashmir, a 71-Year-Old Has Taken to the Streets All Alone

Muslim students in the university said they were being called “terrorists” on campus. The team said that the students live in “constant fear of being lynched”. The report quotes a student as saying, “We have our local identities here. We are Gujjar, Bakerwal, Pahadi, Dogra. But we are increasingly being termed only as Kashmiris and looked upon as if we are all terrorists and Pakistan supporters.”

Another said, “I live in [the] fear of lynching. Two-three boys said I am a militant, they told others too pointing at me. They are close to the administration.”

Another student said that the relationship between students and teachers has suddenly been undermined. “Teachers have started looking at us in terms of Hindus and Muslims. We had friends who were both boys and girls. There were many girls in our friends’ circle. Now we are labelled as ‘love jihadis’ if we talk to them,” the student said, according to the report.