'Kashmiris have lost any faith they had in the Indian political leadership and the judiciary.' 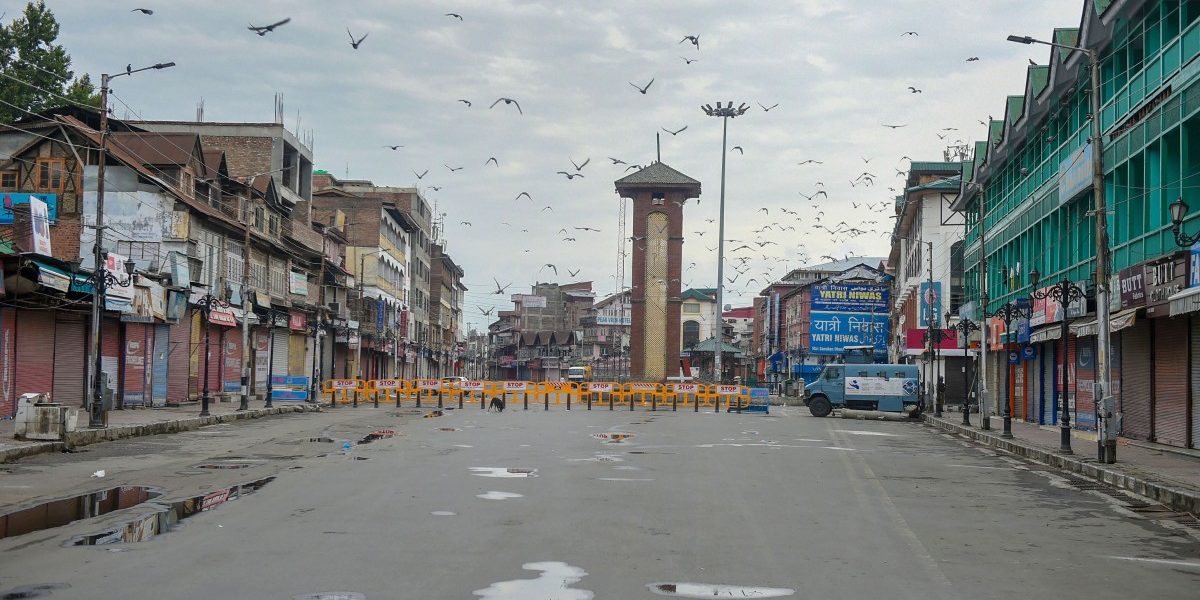 New Delhi: The Concerned Citizens Group, comprising five eminent participants who visited Jammu and Kashmir twice since August 5 last year, has released a statement noting the spiral down which the new Union territory has been forced since the Article 370 decision.

Since the special status of J&K was revoked, notes the statement, “none of the stated goals of the government – of bringing Kashmir closer to India, ending militancy, bringing development to the state – have been achieved.”

“Instead the Kashmiris have lost any faith they had in the Indian political leadership and the judiciary. The Supreme Court has still not found time to take up the petitions challenging the legal and constitutional validity of the J&K Reorganisation Act. While many political, business leaders and lawyers have been released in the recent past, many continue to be in detention, the most prominent among them being former Chief Minister Mehbooba Mufti.”

The Centre’s action, say the signatories, not only received criticism from the world over, but also resulted in human rights violations and stoked Islamophobia. “Security experts point out that the changes in the status of J&K also prompted Chinese incursions in Ladakh,” the statement said.

The Group wrote of meeting journalists, civil rights activists, a Kashmiri Member of Parliament, Members of Kashmir Chamber of Commerce, lawyers, farmers and horticulturalists, sarpanchs and panchs during their visits.

“We found that the Centre’s actions had led to shock, trauma and humiliation amongst the local citizens. Their simmering anger at their helplessness still persists. However, it is significant that the Kashmiris through their display of mature behaviour prevented public violence and chose mass civil disobedience instead to show unhappiness.”

The Kashmiris seem to believe that the Indian government wants to marginalise them, the Group observes, adding that this fear is expressed most vividly in the fear of demographic change by creating new settlements for outsiders.

“That the Union government has used the pandemic-induced lockdown to implement domicile laws for the UT has not helped allay these fears. The media which could have promoted debate on this issue is being harassed and hounded,” it also notes, pointing to the news laws on domicile and media in the Union territory.

Also read: As J&K 4G Ban Is Extended, SC Should Adjudicate and Not Wait For Restoration

The Group also speak of the harmful, consistent and yearlong ban on high-speed internet in the region.

“This has affected students, job seekers, entrepreneurs, businesses and ordinary citizens alike and created havoc in banking, trade, business and healthcare. There are estimated to be 14 lakh children who were learning from online services. The 2G technology cannot sustain online learning, which is a ready option being used in the rest of the country. The school students in the rural areas who do not have either laptops or smart mobile phones are losing out a great deal.”

Noting the palpable harm done to economy, the statement also notes that militancy has not gone down. “Many disaffected youth continue to join its ranks despite security forces having killed 136 militants this year. There are also reports of increased infiltration from across the border.  The violence on the LoC has also increased exponentially,” it says.

Citing the lack of a clear roadmap for Kashmir, the Group makes the following suggestions.