4G Is Back in J&K After 18 Months, But it Can't Compensate for What We Lost

Communication gags are primarily designed to disempower and control a population. The more prolonged they are, the greater destruction they cause. 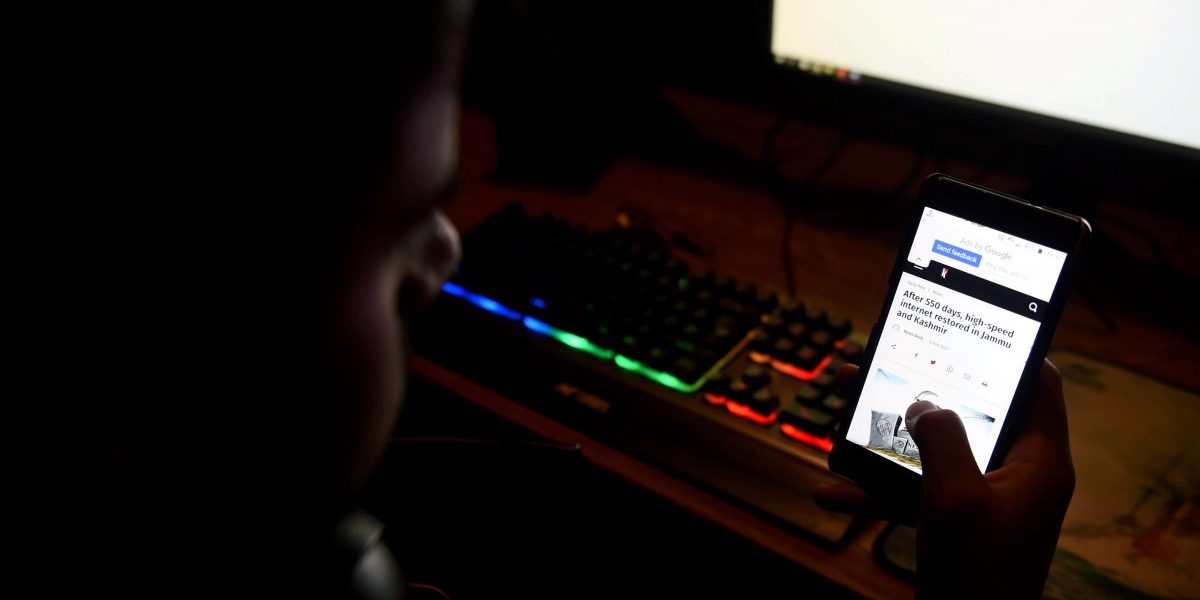 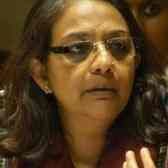 From demonetisation to the Kashmir lockdown, midnight dramas have become the hallmark of the Narendra Modi government which asserts its power the most while the public sleeps. The announcement of the midnight return of 4G internet in Jammu and Kashmir may have stemmed from reasons other than a narcissist obsession with midnight madness. One may wonder whether the new battlefield of internet shutdown around Delhi, to cage the farmers in the real and virtual eco-systems, and the groundswell of national and international outrage the move has triggered, has anything to do with this surprise development. Or, whether the teeming hurry to apply a cosmetic coat of fresh paint was delayed into the dead of the night by the paranoia of an even more cosmetic ‘Kashmir Solidarity Day’?

The central plot, however, is not the restoration of 4G services. Of far greater cardinal significance is the fact that for 18 months, severe to partial communication blockade, more stringent in its form in Kashmir and hill districts of Jammu, disrupted life and livelihoods in the erstwhile state without due redressal. By the morning of August 5, 2019 hours before Jammu and Kashmir lost its special status and was dismembered into two separate Union Territories, its people were to suddenly discover the midnight coup and their lives turned upside down. Among other things, mobile internet was off the radar in the entire region. Four districts of Jammu province and the entire Valley – involving roughly between 9-10 million people – had neither operational mobile phones, internet connectivity or the basic landline phones. By sheer bulk of state power and stealth, large swarths of the population were invisibilised and pushed behind an iron curtain.

The landline phones were resumed a month later in phases and post-paid mobile phones more than two months later, around mid-October. The internet gag was more prolonged and connectivity resumption came in doses like charity after a court verdict.

I had filed a petition in the Supreme Court on August 10, 2019 to seek withdrawal of the communication ban and to question the legality of the orders under which these had been banned. My petition stated that such restrictions were curbing the rights of journalists under the provisions of Articles 14 and 19 of the Constitution of India and the right to know the conditions of residents of Kashmir Valley. It was a question of fundamental rights. Yet, after dragging from one hearing to another, the apex court delivered its verdict on my petition, and several other batch of petitions related to internet and Section 144 restrictions, exactly five months later on January 10, 2020. The verdict was a landmark one and significant, in terms of principles it laid. In terms of real action, it left us empty-handed, at least in that immediate moment.

The court primarily recognised that the freedom of speech and expression includes the right to internet within Article 19 and restrictions on it have to follow principles of proportionality under Article 19(2). While it observed that access to internet and free speech fall within the ambit of fundamental rights, it stopped short of declaring it a fundamental right on grounds that this had not been asked by the petitioner. (Interestingly, in a petition filed by a student, the Kerala high court on September 20, 2019, in a monumental decision had upheld the right to internet as a fundamental right.) The apex court, in my petition, observed that the government cannot impose restrictions on internet or mobility of people for prolonged periods. Besides, it had held that valid reasons would have to be brought in the public domain for temporarily taking away these rights. Despite declaring all this, the court did not order an immediate reversal of the gag. It asked the J&K government to set up a ‘review committee’ within seven days to ease the restrictions.

The action came in bits and pieces – from announcing extra internet kiosks to oppressive conditional bonds for internet resumption, from firewalling the digital eco-system to 2G connectivity. By mid-March 2020, the firewalls were completely removed and mobile internet at slow speed restored. But this widened the already existing digital divide in view of the fact that the majority of online users rely on mobile data internet. Finally, that ordeal is over, though 4G connectivity remains erratic, probably owing to teething troubles as the buttons to reboot are pressed after a long span of time. Prepaid mobile subscribers may, however, have to wait some more. Other than that, internet bans – partial or complete – for smaller durations continue to remain the norm. 2020 saw a total of more than 60 internet bans.

It has been a journey of one and a half years – 213 days of absolutely no internet and 550 days of partial or no connectivity – earning India the notorious distinction of the longest internet ban among democratic countries in the world.

Could the delay in adjudicating a matter related to fundamental rights and even more snail-paced compliance of the verdict be truly deemed as justice? The verdict was significant for the basic fundamentals it laid down which would impact the future course. But when the levers of control are in the hands of a regime inspired by fascist models, lessons are seldom learnt, as is evident from the bid to emulate the Jammu and Kashmir model to quell the nation-wide farmers agitation – alternating complete internet ban with connectivity on 2G.

A familiar bogey of terrorism

Not only is the communication gag on farmers familiar, similar false-flags are being erected in justification of the curbs. In Kashmir, it was terrorism and security threat from Pakistan, in the farmers’ protest – even more bizarrely so – it is yet again terrorism and Khalistan with an added dash of ‘global conspiracy’.

The court verdict made routine fortnightly reviews and orders in J&K mandatory. These are laced with the vague and ambiguous vocabulary of ‘terrorism’, ‘anti-nationals’, ‘rumours’ etc. alternatively used to justify the status-quo, creating a metanarrative of linking terrorism and internet, despite the lack of empirical evidence. In one of the affidavits, the government forwarded in support of its ‘terrorism’ theory during my case, it slipped in oodles of statistics but without application of mind. The official data, itself reveals that militancy related violent incidents were the highest at 5,938 in Jammu and Kashmir in 1995. Thereafter, it was only downhill, reduced to a trickle of 170 in 2013. Militancy related incidents began picking up steam in 2014 with 222 incidents and spiked to 614 in 2018. Internet was introduced in Jammu and Kashmir by early 1998 and mobile phones in 2003. If the official statistics be analysed, any possible co-relation of this technology with terrorism seems to suggest only a reverse narrative. Indian Central Reserve Police Force (CRPF) officers put up a roadblock on an empty street during a lockdown on the first anniversary of the revocation of Kashmir’s autonomy, in Srinagar August 5, 2020. Photo: Reuters/Danish Ismail

Can the state in a democratic republic assume sweeping powers so as to exclude people and make them disappear from the online map simply by whipping up anxieties of ‘national security’ and ‘terrorism’. Internet in today’s world is not a luxury but a vital tool for existence. In light of that, its deprivation simply amounts to the exercise of brute power that is used to shut up democratic voices rather than rein in unlawful activities. It psychological import reduces the invisibilised people to second-rate citizens.

When I went to court, I was inspired by my lack of ability to operate as a senior editor of a newspaper and of my fundamental right as a citizen to exercise that option of challenging an oppressive ban, though I was aware of how it was impeding other spheres of life as well and amounting to collective punishment. The multiple costs of the longest ban and the denial of high-speed internet, continuing even through the pandemic, gradually began to be revealed.

In its report ‘Kashmir’s Internet Siege’, the Jammu Kashmir Coalition of Civil Society JKCCS (August 2020) gives a detailed account of the communication blackout leading to massive business losses, shrunk tourism, shut down start-ups, rendered IT industry meaningless, impeded bank transactions, increased default instalment payments and lead to loss of livelihoods. Education sector and research received a set back and many lost career opportunities with no internet. The Digital India dream of the Modi government .which has connected all major social welfare and health-care schemes with the internet, came crashing while depriving the poor and needy of basic health-care. The doctors complained they had no means to communicate specialists for opinion in complex cases and thus felt handicapped in doing their best.

One of the biggest casualties was the media. They suffered revenue losses, loss of digital access and digital subscribers, and much more. For daring to go to court, I and my organisation, Kashmir Times, had to pay a far bigger price. Our advertisements were completely choked, our electricity supply snapped on and off and our Srinagar office, housed in a government building, sealed along with our assets without following a due process. These were some of the stumbling blocks that came our way – hitting us drastically and virtually putting the publication on the ventilator, though hopes of revival are not yet over. Many among the 13.5 million people of the erstwhile state, perhaps, suffered much more. Resumption of internet and 4G services cannot give us back our lives.

Overall, the lack of communication not only froze everyday activity, the lack of information generated a domain of fear that hit everybody including the media which in turn eclipsed the voices it was supposed to give space to – both due to fear and lack of access to information – and forbade circulation of information about the multiple miseries people suffered to the outside world.

All this was not collateral damage. Communication gags are primarily designed to disempower and control a population. The more prolonged they are, the greater destruction they cause. Internet may have been completely restored in J&K but in its place a completely new and sophisticated system of control is being erected with measures like summoning people to the Cyber Police Station, and the latest one of preparing an army of cyber volunteers to surveil over the larger public.

Learn it from Kashmir, a prolonged communication ban leaves behind devastation that perhaps assumes permanence.