The video also shows many students folding their hands and pleading with the police, while some cover their heads with bags to protect their skulls. 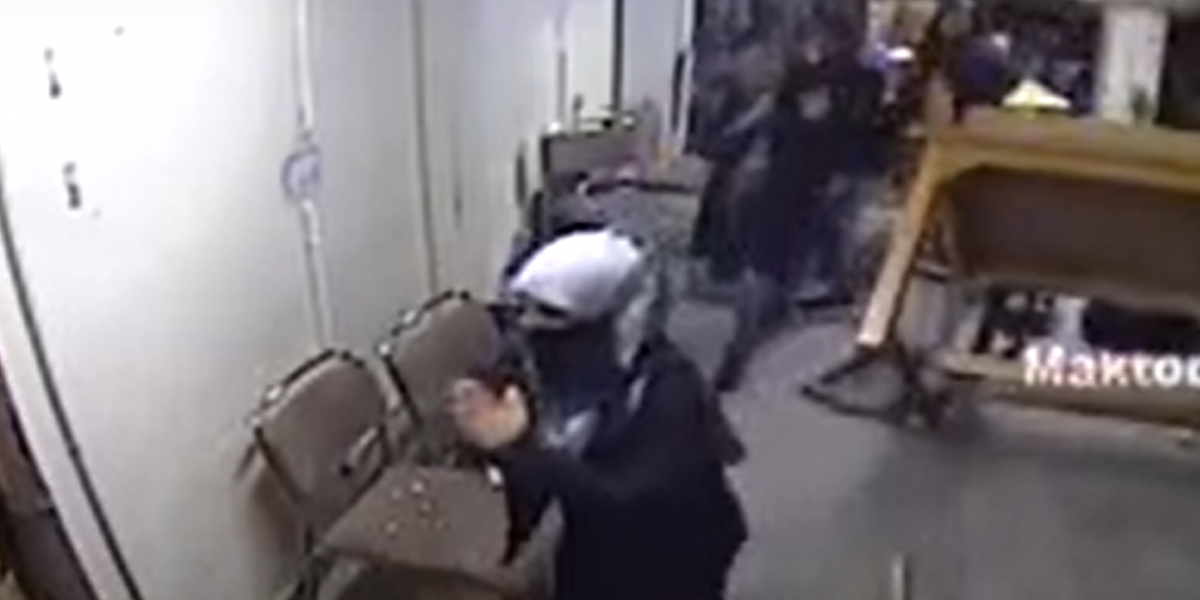 New Delhi: A day after CCTV footage of Delhi Police entering Jamia Milia Islamia’s library and lathi-charging unarmed students emerged, another video has been released showing the police breaking open the library door and thrashing them, even as many plead to exit the room.

The footage, which is over five minutes long, was released by Maktoob Media, which claims to have accessed “the hour-long footage which indicates that there was a massive crackdown inside the room”. The Wire has not been able to independently verify that the footage is from the police crackdown on students of Jamia on December 15, 2019. The students were protesting against the Citizenship (Amendment) Act near the campus, when violence was reported at the site of the protest. The students have said that outsiders were responsible for the violence, a claim that was vindicated by the fact that none of the students arrested by the Delhi police were students of Jamia.

The clip released by Maktoob Media shows students pushing furniture to block the door, which the police tear down to enter. A woman, who appears to be a security guard, is allowed to leave as the police enter the library. Many students, including women, can be seen folding their hands, pleading with the police.

The police can be seen thrashing students, after which some cover their heads with bags to avoid being hit on the skull. Towards the end of the video, there is a burst of violence, as police thrash students waiting at the door to exit. One policeman, making sure to cover his face, approaches the CCTV camera and breaks it. A policeman approaches the CCTV camera to break it. Photo: Screengrab from video released by Maktoob Media.

None of the students appear to have covered their faces, but one student can be seen wearing an anti-air pollution mask.

On Sunday, the CCTV footage which was released contradicted the police’s official version that they had not entered the library to thrash students. After the video sparked outrage among civil society and opposition political parties, the Delhi police released another video, claiming that it showed “rioters” entering the library. Among those who enter the library, just one student has his face covered. Another man can be seen holding an object in his hand, which the police said was a stone.

It is unclear if the people entering the library were “rioters” or just students fleeing police violence. While the sequence of the events that can be seen in the CCTV footage is yet unclear, a fact-finding report has found that the Delhi police had attacked Jamia students with an intent to inflict “maximum damage“. The police were also accused of using Islamophobic slurs against the students.

Civil society groups have criticised the police for using “unauthorised, unjustified and excessive use of force and wanton acts of destruction”. The fact-finding report by the People’s Union for Democratic Rights also accused the police of smashing security cameras or turning them away before lathi charging students. “… the forces began to beat up and lathicharge indiscriminately anyone who they saw on their way, including students both men and women, staff such as guards and workers etc.,” the report says.