Is Democracy Around the World Devouring Itself?

Democratic nations today reek of fear. Fear of the other, fear of diversity, fear of the government, and most of all, fear of tomorrow.

George Bernard Shaw famously posited that “democracy is a device that ensures we shall be governed no better than we deserve”. In light of the recently concluded International Day of Democracy, it is worth taking stock of the state of democracy today. Assuming Shaw was right, it can be extrapolated that the dramatic upheavals in democracies today are merely reflections of altered societal consciousness. After all, there is an increasing chorus of approval for the pandemonium that threatens to upturn the global liberal order.

Just to highlight the most glaring examples, in the name of reform, the institutional and social architecture laboriously built up by nations is being systematically dismantled. At the same time, individual data is being weaponised to exacerbate majoritarian tendencies and further regressive agendas.

Furthermore, by deliberately giving free rein to centrifugal forces that threaten the sovereignty of the nation-state, authoritarian forces are further cementing their stranglehold over the state. This has led to the collapse of the political centre, which has been coupled by an extreme polarisation between the left and the right.

Faced with this toxic situation, individuals are turning insular and focusing on their immediate problems. Democratic nations today reek of fear. Fear of the other, and diversity. Fear of the government. And most of all, fear of tomorrow. Overwhelmed with this and struggling with sub-national battles, progressive forces across the world have been unable to adequately understand this epistemic crisis. Consequently, they do not know how to arrest and reverse the relentless march of madness that has turned us into helpless spectators.

To understand this crisis of democracy, we must begin at the very beginning. At their dawn, many nations were led by a group of conscientious democrats who strived to forge their nations on liberal, secular and republican values, which many enshrined in their respective constitutions.

In attempting to socialise people into accepting these values, these democrats established a plethora of institutions under the broader umbrella of the state. These institutions not only furthered those values but also kept regressive and violent impulses, existing within societies, in check.

These democrats hence vested their faith exclusively in the state, which they felt would remain the penultimate custodian of order and constitutional values. In doing so, they made a grave tactical error, for they grossly underestimated the agency and insidious tactics employed by regressive forces.

Contrary to what they envisioned, the bitter reality is that the state has been captured by those very regressive forces which are antithetical to democracy. They have systematically proselytised xenophobic, racist and authoritarian values leveraging those very institutions that were meant to keep them in check. Consequently, far from being the penultimate moral authority, today the state is seen to be untethered from both constitutional and institutional values.

On closer reflection, what emerges is that there is a method to this madness. There are shocking similarities between the events that have unfolded in at least seven countries, namely Brazil, France, Germany, India, Trinidad & Tobago, the UK, and the US. In all of these, democracy was systematically undermined in multi-pronged ways.

Firstly, establishment parties were attacked in the media and on social media platforms for their inability to transform their respective nations into utopias. Many credible public intellectuals joined in this chorus.

Also read: Democracy as We Know It Is Inherently Flawed and Needs Fixing

Secondly, this cacophony was exacerbated by the mind-boggling claims of corruption by an anti-corruption crusader holding a high post within the state (judge Sergio Moro, CAG Vinod Rai etc.). This was soon followed by a complete policy paralysis with the principal opposition party arbitrarily disrupting legislatures and breaching customary parliamentary norms. 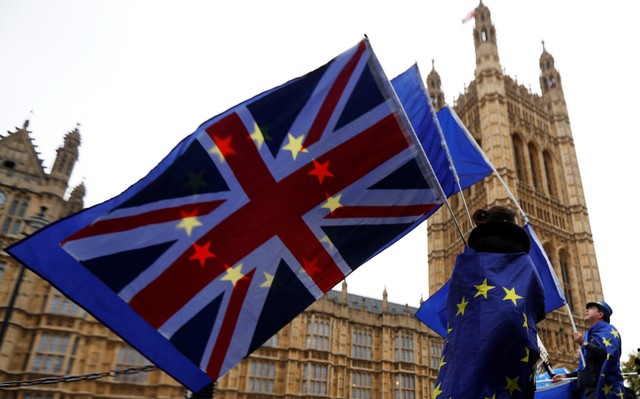 Fourthly, a well funded and massive anti-establishment movement suddenly sprang up (consider the “Alternative Germany Campaign”, Marie Le Pen’s campaign, the “Do So Campaign” in Trinidad & Tobago, “the India Against Corruption Campaign”, “Brexit” or “Leave EU Campaign”, and “Project Alamo” in the US.).

All of this was magnified by the misuse of social media platforms, which mercilessly mocked the senior-most politicians of the establishment parties – for example, President Lula and President Dilma in Brazil, Chancellor Merkel in Germany, Manmohan Singh and Rahul Gandhi in India, Prime Minister David Cameron in the UK, and President Obama in the US were all caricatured and vilified on social and electronic media.

And amidst this chaos emerged a knight in shining armour. Dismissive of democratic niceties and gradualist approaches, he was methodically positioned as a silver bullet to the nation’s problems. Marie Le Pen tried to do so in France, as did Kamla Prasad in Trinidad and Tobago, Jair Bolsonaro in Brazil, Boris Johnson in the UK, Donald Trump in the US, and Narendra Modi in India. The rest, as they say, is history.

Whether the underlying liberal, secular and republican norms that shape democracies, indeed the global order, are being systematically undermined – by organisations like the Movement, in collaboration with companies like Cambridge Analytica – or atrophying, because there are fewer champions to safeguard and further them, these similarities suggest organisation and design.

The key question that therefore poses the world is this – what are we to do? Unless we find an answer to this, the world as we know it will soon vanish into the dustbin of history.

Professor Shawn Rosenberg has recently suggested that “democracy is devouring itself”. It may be more accurate to argue that democracy is being destroyed today, as we silently stand by. As things stand today, democrats over the world are standing on a rocky shore, quibbling about swimming in the ocean.

Also read: Even More Starkly, We See How Liberal Democracies are Unjust

If we are to turn the tide of history, we need to shake off the reverie we find ourselves in, constructively cooperate with each and redraw all social, economic and political action. We need to understand that given the means used to manufacture consent are primarily top-down and elite (media, social media, public intellectuals, key officials etc.), our response has to address both the substantive and the symbolic.

Most of all, we will need tremendous courage to recognise what must be changed – within ourselves, and our ranks as well as in society – and conviction to see it through. Borrowing from Ambedkar, for the sake of our collective futures, “let us resolve not to be tardy in the recognition of the evils that lie across our path…nor to be weak in our initiative to remove them”.

Pushparaj Deshpande is the director of the Samruddha Bharat Foundation.