Academic Maidul Islam speaks about the socio-economic status of Indian Muslims, the specific problems of Bengali Muslims and political accusations of 'Muslim appeasement'. 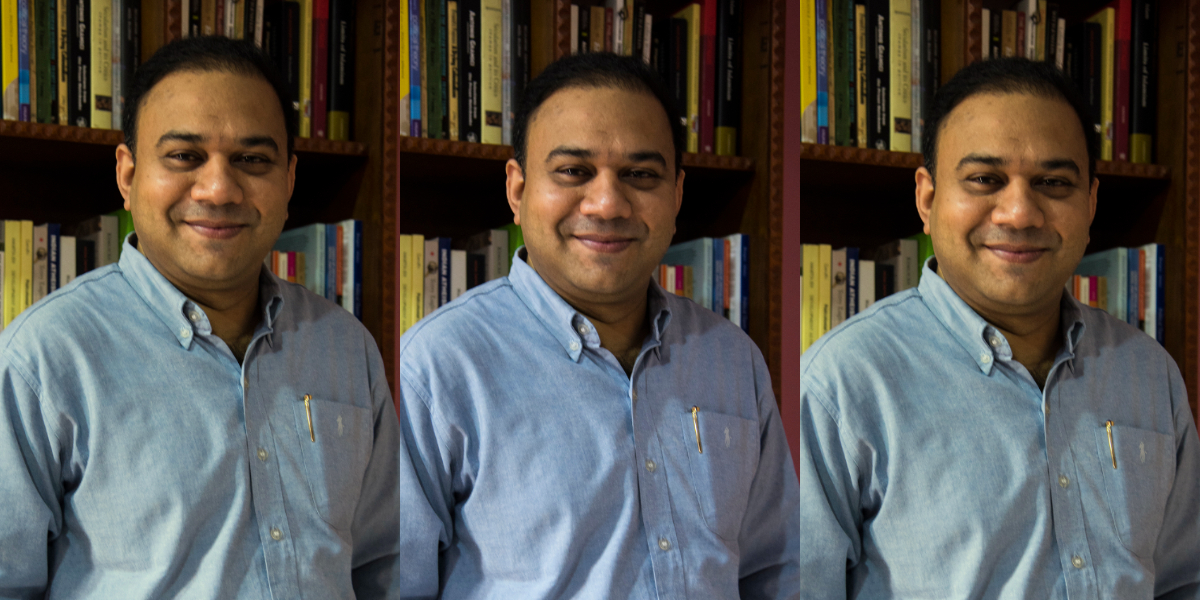 In 2006, the Justice Sachar Committee report on the social, economic and educational status of Muslims in the country placed Bengal in the category of “worst” performing states. A decade later, another report put together by social scientists says the status of Muslims in Bengal has shown little improvement, marking the political class’s indifference to the well-being of the Muslim community.

Despite this reality, political parties, both on the left and the right, continue to charge Bengal’s chief minsiter Mamata Banerjee of “Muslim appeasement“. The rhetoric is growing even louder in the run up to the 2019 general elections.

To understand some of the challenges before the Muslim community, The Wire talks to Maidul Islam, who teaches political science at the Centre for Studies in Social Sciences, Calcutta and is the author of Indian Muslim(s) after Liberalization and Limits of Islamism.

The academic talks about about the stark marginalisation of Muslims at all levels and in all spheres of life. He also expands upon the similarities and differences marking the Muslim communities of Bengal and in the rest of the country.

The interview has been slightly edited for style and clarity.

You have extensively researched the state of Indian Muslims across the country. What are your primary findings?

However, in the recent past, the process of marginalisation and insecurity among Muslims has been a result of a series of mob lynching incidents in the name of cow vigilantism, targeting Muslim youth under the bogey of “love jihad” and low-scale communal riots in various parts of the country. There are also credible studies showing the denial of housing to Muslims in non-Muslim localities, aggravating the process of ghettoisation of the community.

Moreover, the under-representation of Muslim minorities in the Indian parliament after 2014 has now reached an all-time low. On parameters like literacy rates, mean years of schooling, the percentage of graduates, Muslims, Scheduled Castes, and Scheduled Tribes lag behind upper caste Hindus, Hindu OBCs and other religious minorities.

Also Read: A Hindu and a Muslim Started Living Together. What Happened Next Won’t Surprise You.

Moreover, Muslim presence in top corporate boards and Muslim presence among the wealthiest Indians is negligible, along with Dalits and Adivasis. The Muslims are broadly located in the informal sector labour force, small peasantry, artisanal industries, petty production and small trade. The available data on unemployment and monthly per capita consumption expenditures show that Muslims, Dalits and Adivasis are behind other social groups.

In many cases, the socio-economic situation has worsened due to the burden of socio-political marginalisation and increasing prejudices in the context of a growing trend of Islamophobia. At the same time, the tragedy of Indian Muslims is that there is a sustained level of neglect towards the socio-economic issues of the community.

First, the problems of Muslims are inadequately understood by governmental agencies and political leadership. As a result, the state either ignores the real issues of the Muslims or tries to resolve them through a piecemeal approach.

Second, the lack of a progressive leadership among the Muslim community in India has traditionally meant that the problems of Indian Muslims have been restricted to the issues of identity (for example, Muslim personal laws, minority educational institutions, fatwas against controversial authors, and so on) and security (immunity from communal violence).

In effect, the visible conservative leadership among Indian Muslims have not been passionate enough to articulate the demands of equity (modern education, health, income, employment, and so on).

Third, mainstream popular culture such as Hindi cinema has misrepresented the identity of Indian Muslims by using age-old stereotypes and vilification without showing the actual problems of Muslim minorities.

As a result, only the wrong notions, misconceptions, and myths regarding Muslims proliferate and permeate in large sections of non-Muslims. The structural problems of the Muslim minorities hardly get attention for remedy.

Muslims feel discriminated against by the police. Credit: Facebook

As an academic residing in Kolkata, how – if at all – is the Bengali Muslim community different from the rest of the country? What are the markers of differences and similarities?

The discourse of caste among Bengali Muslims is more muted than among the north Indian Muslims. In contrast to the south Indian and Gujarati Muslims, the Muslims in Bengal and north India are less prosperous, with a limited presence among the middle classes and medium-sized capital.

Moreover, unlike the broader trend of Indian Muslims being a relatively urban community, the majority of Muslims in West Bengal reside in the villages. As far as immunity from communal violence is concerned, there is a similarity between the condition of Bengal Muslims and south Indian Muslims.

In this context, how do you respond to the oft-repeated allegation against Mamata Banerjee of Muslim appeasement?

The RSS-BJP has consistently repeated the charge of Muslim appeasement against Mamata Banerjee. However, this is nothing new if seen in the context of their age-old propaganda to accuse the Congress and other regional parties of ‘Muslim appeasement’.

The Sachar report comprehensively busted the so-called myth of Muslim appeasement. In my recently published book on Indian Muslims, I have shown that even after Sachar, actual socio-economic conditions of Indian Muslims are completely different from such propaganda.

Indian Muslims are one of the most educationally backward and economically deprived groups, like the Dalits and Adivasis, as evident from several government-appointed committee reports, Census data, national sample surveys, and academic studies.

What is surprising is that even if Indian Muslims can be empirically identified as a disadvantaged socio-economic group, the issues of socio-economic deprivation of Muslims in India have not been prominently articulated in the contemporary political discourses.

The tactic of the RSS-BJP is to continuously propagate such rhetoric of ‘Muslim appeasement’ and ‘Hindu victimhood’, but the reality is far from such campaigns. The RSS-BJP’s charge of appeasement is because of Mamata Banerjee and other TMC politicians’s visibility in Muslim religious gatherings and the tacit support given by the TMC to few regressive sections among the Muslim community on the issue of reforming personal laws. Such politics is counterproductive and only strengthens the RSS-BJP.

The Trinamool has now understood that they can win elections with the support of both Muslims and non-Muslims by directly delivering on the larger developmental issues along with religious caricatures of identitarian symbolism and tokenism like posturing of religious attire and the active support to various religious festivals of all communities.

How is the TMC different from the former Left Front government in its treatment of Muslims? Have Muslims always been used as handy electoral pawns by successive political parties across the board?

However, the Post-Sachar Evaluation Committee Report (2014) report suggests that in the last seven years of the Left Front (2004-05 to 2011-12), the Muslims were behind scheduled castes and marginally behind the scheduled tribes in primary education and way behind the Hindu upper castes and Hindu OBCs in higher education.

On the other hand, although poverty levels among Muslims have been higher than the scheduled castes, the poverty reduction among Muslims was one of the highest in West Bengal during the Left Front regime.

There is a slow and steady improvement of Muslim representation in state government jobs under the Trinamool regime. In the 2006 Sachar Report, the Muslims constitute an average of 3.4%, while the staff census report of West Bengal (2016) shows that Muslims now constitute 5.73% of total state government employees, an increase of over 2.3% in the past decade.

There is visible evidence that the OBC Muslims are slowly getting into higher education and government jobs because of the implementation of the Ranganath Misra Commission recommendations in the state by the Left Front in 2010.

There has been a marginal increase of Muslims, Dalits, Adivasis and women in the ministerial berths from 2016 in comparison to the last Left Front government of 2006-11. Also, the elevation of a Muslim politician as the mayor of Kolkata who is equally capable of organising Durga puja and Kali puja in his locality, the patronage of several local pujas by the TMC leaders and the “purification puja” campaigns after the visit of BJP leaders in several districts is the peculiar model that the TMC is promoting. This political model of the TMC is based on religious pluralism, respect to religious traditions and celebrating the display of religious rituals than a separation of religion and politics or a negation of religious beliefs.

Do Muslims feel secure in Bengal in the times that we are inhabiting?

How much does the historic tragedy of Partition violence affect Hindu-Muslim relations in Bengal?

The partition violence was not an issue in West Bengal for many decades. However, in the recent past, there has been a concerted effort by the RSS-BJP and their fraternal organisations to put those tragic episodes back in the public memory through the social media campaign. However, in most places, Hindu-Muslim relations are peaceful in Bengal.

Do you see an assertion of anti-Muslim politics and sentiment in Bengal?

It has not become a significant sentiment when compared to northern and western India. The steady decline of the Left and the Congress has created conditions for the BJP to occupy the opposition space more as a default option against the TMC than any charisma of a BJP leader or for any alternative programmatic agenda.