India is also making discrimination against Muslims a key ingredient of its refugee and immigration policy. 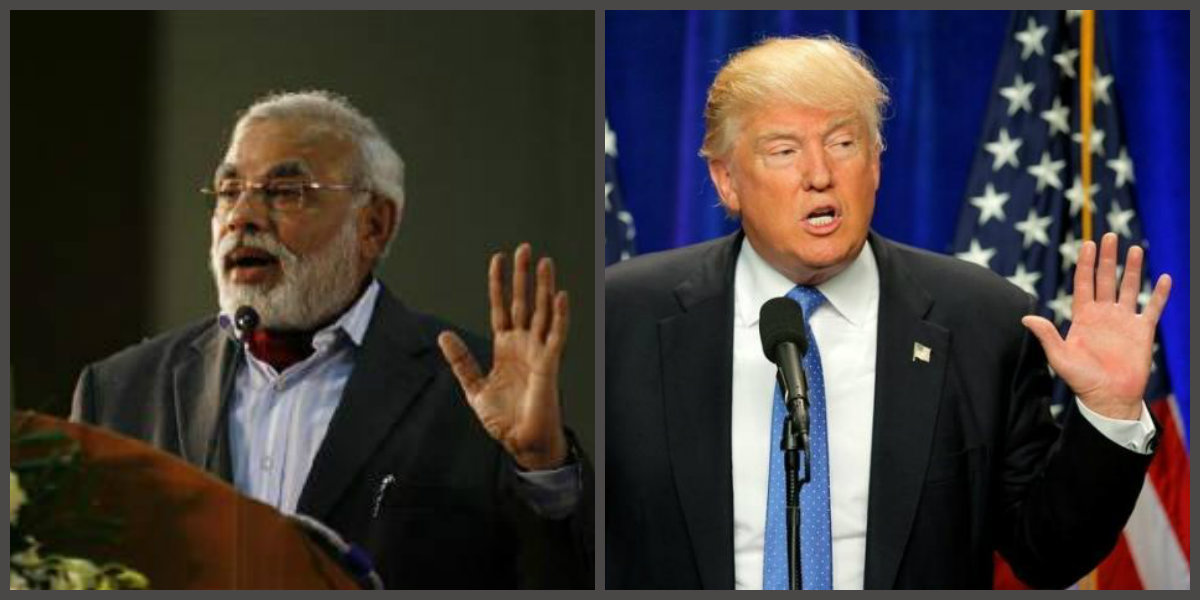 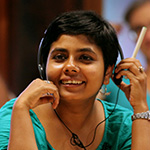 Scenes from New York’s JFK Airport are being broadcast all over the world, as citizens of the United States of America rally together to protect immigrants’ rights. President Donald Trump’s executive order suspending the country’s refugee entry programme for 120 days, and banning the entry of citizens from seven primarily Muslim countries – Yemen, Syria, Libya, Somalia, Iraq, Iran and Sudan – for 90 days was passed with the apparent objective of protecting US national security. However, it is clear to most that the new policy is driven by Islamophobia and xenophobia.  Donald Trump has come to the presidency by appealing to the only demographic in his country he cares about, the white majority. No one who followed Trump’s campaign should be surprised at the nature of these executive orders. The Trump administration, with its repeated invocation of America’s past greatness, is clearly harkening to a pre-multicultural, predominantly white nation.

One lesser known aspect of the executive order is the prioritising of refugee claims on the basis of religious persecution – as long as the applicant belongs to a religious community which is a minority in their country of origin. In this way, Muslim individuals facing persecution in countries where Muslims form a majority are ineligible for refugee status in the US.

While many in India have recoiled at the manner in which the Trump administration has made religious discrimination a key ingredient of its refugee and  immigration policy, we should also turn to look at similar legislative provisions being proposed in our own country.

“Provided that persons belonging to minority communities, namely, Hindus, Sikhs, Buddhists, Jains, Parsis and Christians from Afghanistan, Bangladesh and Pakistan, who have been exempted by the Central Government by or under clause (c) of sub-section (2) of section 3 of the Passport (Entry into India) Act, 1920 or from the application of the provisions of the Foreigners Act, 1946 or any order made thereunder, shall not be treated as illegal migrants for the purposes of this Act.”.

This effectively means that persons from minority religious communities from our neighbouring Muslim majority countries shall not be considered as illegal migrants and subjected to prosecution. Further, the Bill also proposes an amendment to the Third Schedule of the Act, which would allow minority communities, namely Hindus, Sikhs, Buddhists, Jains, Parsis and Christians from Afghanistan, Bangladesh and Pakistan to qualify for naturalisation as a citizen of India if they are resident in India or in service to the Government of India for an aggregate period of not less than six years, as opposed to eleven years for everyone else.

The Preamble to the Bill, which seeks to explain the aims and objectives of the act, states:

“Many persons of Indian origin including persons belonging to the aforesaid minority communities from the aforesaid countries have been applying for citizenship under section 5 of the Act, but are unable to produce proof of their Indian origin. Hence, they are forced to apply for citizenship by naturalisation under section 6 of the Act, which, inter alia, prescribes twelve years residency as qualification for naturalisation in terms of the Third Schedule to the Act. This denies them many opportunities and advantages that may accrue only to the citizens of India, even though they are likely to stay in India permanently. It is proposed to amend the Third Schedule to the Act to make applicants belonging to minority communities from the aforesaid countries eligible for citizenship by naturalisation in seven years instead of the existing twelve years.”

The phrase “Many persons of India origin including persons belonging to the aforesaid minority communities…” is telling. It is clear that that this proposed amendment is not aimed at all persons of Indian origin but only some, namely non-Muslim ones. What is even more interesting is that the bill is not aimed at all religious minorities in all neighbouring countries, and it clearly excludes many communities that may be experiencing horrific forms of persecution, such as the Muslim Rohingyas in Buddhist-majority Myanmar or Buddhist Tibetans and Muslim Uighurs in China.

If the Narendra Modi government wants to provide protection to religious minorities in neighbouring countries from persecution  – a laudable objective – then it need not have looked further than the existing international frameworks of refugee law. Central to the definition of a refugee in the 1951 Refugee Convention is a well-founded fear of being persecuted on the grounds of religion, race, nationality, membership of a particular social group or political opinion by the country of one’s nationality. Till now, India has consistently refused to promulgate a central legislation on refugees, or be a signatory to the 1951 Convention, treating the decision to grant refugee status as a matter of political expediency. Even if it does not want to sign the 1951 convention, nothing prevents it from enacting a domestic law that incorporates its principal features. The fact that the government is not interested in doing so means granting protection to victims of persecution is not its primary objective.

What does that leave us with, then? The Bharatiya Janata Party’s 2014 election manifesto gives us the answer.

Page 37 of the manifesto states that “India shall remain a natural home for persecuted Hindus and they shall be welcome to seek refuge here”. Why should India be a natural home for persecuted Hindus, as opposed to persecuted Muslims or Christians? Invoking the image of the “persecuted Hindu” is a masterful way of pushing the Rashtriya Swayamsevak Sangh’s notion of India as a ‘Hindu nation’, and an embattled one at that. Just as the claim of a threat to national security, and the myth of a “white minority”, is used to push xenophobic, Islamophobic  policies in the US. Interestingly, the Citizenship (Amendment) Bill 2016 goes a step beyond the “persecuted Hindu” to include Buddhists and Sikhs and Christians as well. All, except Muslims, in fact.

It is not as if Muslims are not being persecuted in India’s immediate neighbourhood. Rohingya Muslims are not even recognised as an ethnic group in Myanmar, and are often described as the most persecuted group in the world. Sri Lanka saw extensive anti-Muslim riots in 2014, led by Bodhu Bala Sena, a Buddhist group. However, none of these groups would be covered by the proposed Indian citizenship amendment. On the other hand, the suspicion of Bengali-speaking Muslims in several north-eastern states has led to disastrous consequences. Bengali-speaking Muslims routinely run the risk of arrest and prosecution in Foreigner’s Tribunals in Assam, where they have to prove they are Indian citizens. The Citizenship (Amendment) Bill 2016 would also be in direct contradiction of the Assam Accord, which states that any person, whether Hindu or Muslim, is “illegal” if they have entered the state after March 24, 1971. In 1983, hysteria about Muslims led to the horrific Nellie massacre in Assam. In 2015, a Bengali-speaking Muslim man, accused of raping a young woman, and suspected of being Bangladeshi, was dragged out of a prison in Dimapur, Nagaland, and lynched in public. The Modi government’s citizenship  amendment, therefore, simultaneously excludes communities that need protection, while fanning existing Islamophobic sentiments in the country.

It is clear, therefore, that the proposed Citizenship (Amendment) Bill is only a step in a very well-executed plan towards the redefinition of India as a ‘Hindu rashtra’. The impulse is of demographic cleansing, more or less in line with what Donald Trump is attempting to do. Trump’s executive order cleverly does not use the word ‘Muslim’ in the ban it imposes on those seeking to enter the US. India’s Citizenship (Amendment) Bill, on the other hand, by identifying explicitly and arbitrarily the intended beneficiaries of its refugee policy, directly excludes Muslim communities which may or do face persecution in India’s Muslim-majority neighbours (eg. Ahmadis, Hazaras, Shias) as well as Muslims who are in a minority elsewhere, like Myanmar or China.

That the draft Indian law uses the term “minority” without the slightest hint of irony is a testament to the obfuscatory powers of legal language.  It is also notable that while Trump’s move is being protested across the world, Modi’s measure – driven by the same hatred and fear of Muslims – has quietly been introduced into the Lok Sabha, without much debate or outrage.