Protesters believe these policies suppress the rights of the minorities in India including the Muslims, Dalits and Adivasis. 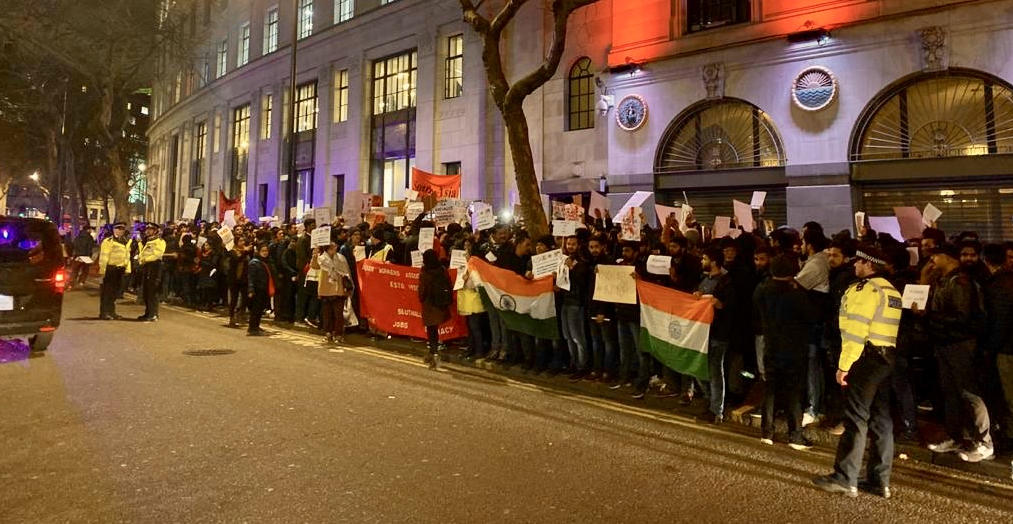 London: Hundreds of Indian students and diaspora stood outside the High Commission of India in London on Wednesday evening, in the cold and rain, to protest against the Citizen Amendment Act (CAA) and the National Register of Citizens (NRC). They believe these policies suppress the rights of the minorities in India including the Muslims, Dalits and Adivasis.

The protesters in London also expressed solidarity with the students of Jamia Millia Islamia and Aligarh Muslim University and others who encountered police brutality, and with the many other protestors in India who are taking to the streets on Thursday, raising their voice against the CAA and NRC.

At the protest, songs of ‘azadi’ echoed, the preamble of the constitution was read and the national anthem sung. Meena Kandasamy read a poem in Tamil and English called ‘We are not the Citizens’, a Kashmiri speaker described what it was like being “caged” in the Valley, and a group of Keralites joined the protest sloganeering in Malayali. Some European students were seen punching the air and shouting ‘Halla Bol’, expressing solidarity with their Indian friends. Many students travelled from outside London to be a part of this protest. 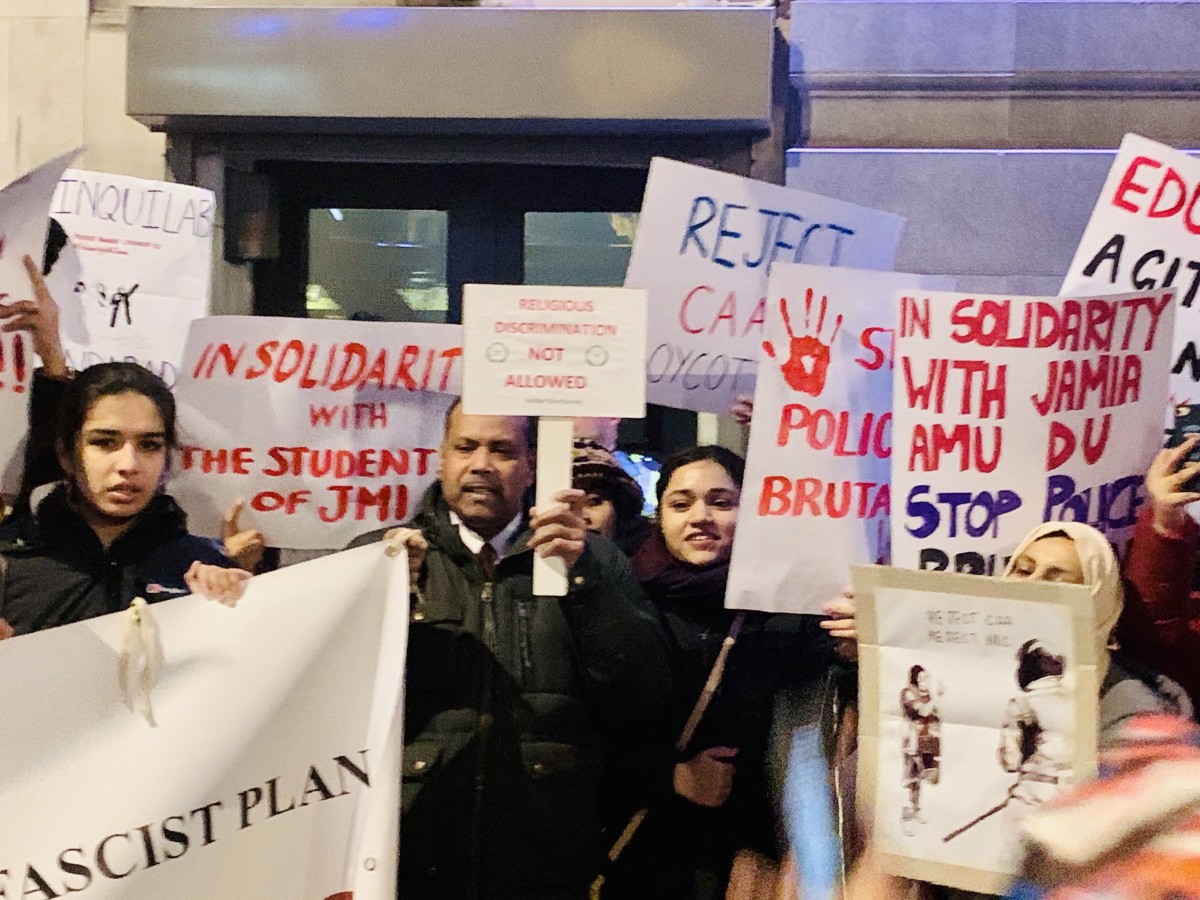 The London protest was organised by the South Asian Solidarity Group and SOAS India Society. They strongly condemned the CAA and opposed plans to implement the NRC.

“In India under Narendra Modi’s regime we have seen alarming suppression of dissent along with sustained efforts to reinforce Brahmanical Hindutva ultra-nationalist ideologies and the vision of a regressive purist Hindu nation. The violent attacks by the police and military on peaceful protests is yet another blatant display of the Indian Government’s repressive and autocratic nature,” read a joint statement issued by the organisers.

The Indian Workers’ Association, which joined the protests in London, said the NDA government’s “tide of anti-Muslim acts” as enforcement of their Hindutva ideology and advocacy was “a very dangerous path to the two nation theory”. Indian student societies and academics at University of Oxford, University of Cambridge, LSE, UCL, King’s College, Goldsmith University, University of Westminster and others have also signed petitions and issued statements supporting the students right to dissent in India and against the police brutality during protests. In a statement, the University and College Union raised concerns with the CAA and urged the Indian government to “fully investigate allegations of violence and sexual harassment by police against students”.

“We are saddened that this spirit of unity is under threat, and we hope that the right to peaceful protest is upheld,” read a statement issued by the Oxford India Society. National Indian Students and Alumni Union (NISAU) called on Narendra Modi and Amit Shah to stand with peaceful protestors and urged them to “take immediate and considerate action” against Delhi police.