Make No Mistake, a Population Control Policy Will Target the Marginalised

Instead of haranguing them to have fewer babies, shouldn’t a truly benevolent government be doing more to raise their incomes, their education and their prospects for social and economic mobility? 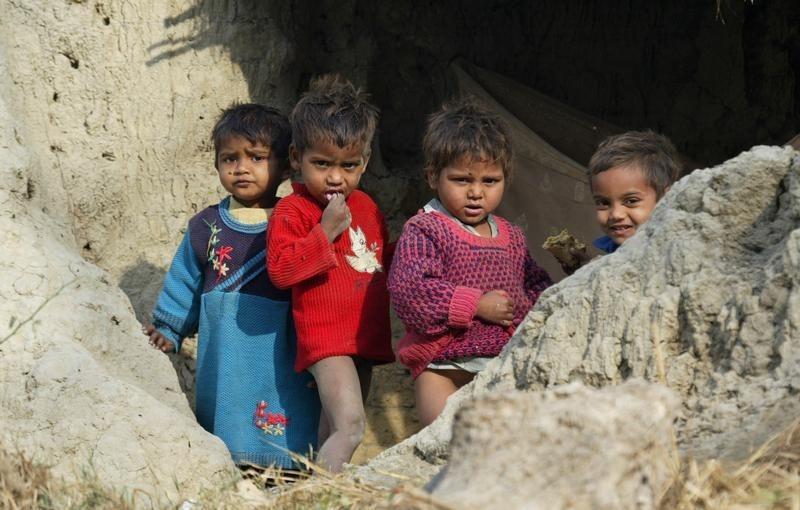 Children stand inside a broken house on the outskirts of Lucknow January 16, 2008. Photo: Reuters/Pawan Kumar/Files

With clockwork regularity, our ill-informed politicians bring up the population ‘problem’ to explain the disappointing state of the nation’s progress on numerous fronts. My fear is that these loose comments will erupt any day into a new Bill on ‘population control’ with no clarity about what it is that we want – a smaller rate of growth, a smaller population size, fewer people of a particular kind – and exactly why and how we think any of these things actually matter.

One can make many arguments against these attempts to resurrect the bogey of population growth as the primary impediment to development. For example, one can examine more closely the supposed role of population growth in our current economic predicament. Will the imposition of a two-child policy significantly alter the population growth trajectory in the country? And even if it does, will that suddenly push up our GDP growth? One can also consider the micro-level and human rights implications of a population control policy. I address this second, individual level, perspective here.

It is true that the devil is usually in the details, but let us ignore for the moment what the details of a population control policy would be. Instead, let us look at who exactly the law would be aimed at. Let us also pretend to believe that the government’s motives for such a law are innocent of a deeper malevolence towards certain specific groups in the country, those that they are being accused of also targeting through supposedly egalitarian policies like the triple talaq bill, the revocation of Article 370 and now the Citizenship (Amendment) Act, National Register of Citizens and National Population Register.

The population question globally suffers from ‘us’ vs ‘them’ explanations. Housewives routinely blame the unbridled fertility of their maidservants, the rich make fun of the unhealthy hypersexuality of the poor, slick city-dwellers bemoan the large family sizes of simple villagers, the educated laugh at the irresponsible repeated pregnancies among the unlettered, the privileged castes blame those at the bottom for our population growth.

Also read: ‘Population Explosion’: The Myth that Refuses to Go

Such casual comments may be rude, but they actually contain a kernel of truth. All past and present data do indeed find that the highest fertility rates are to be found among the poor, the rural and the less educated. In the latest (2015-2016) round of the National Family Healthy Survey (NFHS4), the total fertility rate (TFR) for village India was 2.4 compared to 1.8 for urban India; 3.1 for women with no schooling compared to 1.7 for women with 12 or more years of education; 3.2 for the lowest wealth quintile and 1.5 for the highest wealth quintile; 2.26 for the Scheduled Castes compared to 1.93 for the non-SC/ST/OBC groups.

This means that our efforts to impose a two-child norm in the country would have to disproportionately target the rural, the poor, the less educated and the socially most disadvantaged. Is this how we want to treat our most disadvantaged citizens? Can we really assume that it is irresponsibility, ignorance, irrationality and sheer cussedness that explain their higher fertility?

Should we instead acknowledge the precariousness of their lives? Should we read some of the research literature that demonstrates that it is their very poverty, illiteracy and lack of opportunity that tilts their cost-benefit calculus in the direction of children being the primary source of security – to protect them in times of crisis, in old age, in conflict, in natural disasters? Instead of haranguing them to have fewer babies, shouldn’t a truly benevolent government be doing more to raise their incomes, their education and their prospects for social and economic mobility, so that children cease to be their primary insurance against risk?

Add to this the fact that it is the children of this section of the population that face the gravest threats to survival into adulthood and one can see why it makes sense to have three or four births to make sure that there will be two or three alive when their support is needed.

Now to the elephant in the room. In NFHS4, the TFR was 2.62 for Muslims compared to 2.13 for Hindus. Muslim fertility is indeed higher than Hindu fertility, but:

(1) It is not all that much higher and

Combined with the well-documented lower socioeconomic levels of Muslims compared to Hindus in this country – for which several factors besides discrimination are responsible, for example, many of the upper class Muslims of India left the country at the time of Partition – one hardly needs ‘religious’ explanations for the slightly higher fertility of Muslims. If one is to bring religion into the picture, it will have to be largely in the context of the ‘minority group hypothesis’ – minorities everywhere, especially when they are also socioeconomically disadvantaged, tend to feel more insecure than the mainstream population and a higher birth rate is often one way of dealing with this insecurity.

That there is nothing inherently Islamic about high fertility in today’s world is well illustrated by the rapid declines in birth rates that we have seen in recent decades in several predominantly Muslim countries like Iran, Indonesia and Bangladesh.

And yet, every few days, some politician or acquaintance or friend or relative evokes horror images of Muslim population growth rates overwhelming Hindu growth in India; makes crude calls to clamp down on Muslim fertility; alludes to completely irrelevant (and untrue) things like the four wives that Muslim men supposedly have access to and the ‘baby-making factories’ (we know who said that) that Muslim refugee camps have become.

A population policy that decrees a two-child family is therefore cut out to target the weakest sections of our population – the poor, the rural, the less educated and, in a land increasingly riven by bigotry and divisiveness, Muslims of course.

Quite apart from targeting those with the biggest rationales for higher fertility, such a decree also opens up numerous avenues for punishment, extortion, bullying and badmouthing of precisely those least able to fight back and with the most to lose. We must not forgot the cruel excesses of the population control measures of the Emergency in India. And we need to educate ourselves about the cruelty and human rights violations surrounding the one-child policy in China more recently. Women were especially the victims of the zeal with which the policy was implemented.

It is worth noting that China now badly wants a rise in birth rates to shore up its falling labour force as its population ages to developed country levels but without the developed country income levels needed to maintain this ageing population. But that macro-level impact of a short-sighted and knee-jerk population control policy will have to be the subject of another article.

Alaka M. Basu is a social demographer working on reproductive health and family planning and Professor in the Department of Development Sociology, Cornell University, as well as currently Senior Fellow in the United Nations Foundation, Washington DC.