Textbook Authoritarianism Is Playing out in India

History has shown that the authoritarians’ playbook runs out of formulae at some point. But Modi's playbook of repression, violence and illiberalism has just upped its ante.

When Uttar Pradesh chief minister Adityanath demands revenge against those involved in anti-Citizenship Amendment Act protests, or when India bears the ignominious mantle of the most internet shutdowns of any ‘democracy’, or indeed when ‘liberal’ is spun as a cuss word, we know we are well and truly in authoritarian land.

History tells us that authoritarians rise amidst conditions of uncertainty and rapid change, be it social, economic or political. Hungary’s Orban won a convincing election victory in 2010 on the back of the 2008 global recession, Hungary’s massive fiscal deficit and a punitive IMF bailout package amounting to Euro 20 billion. Amidst economic and social insecurity, he promised tough Orbanomics. 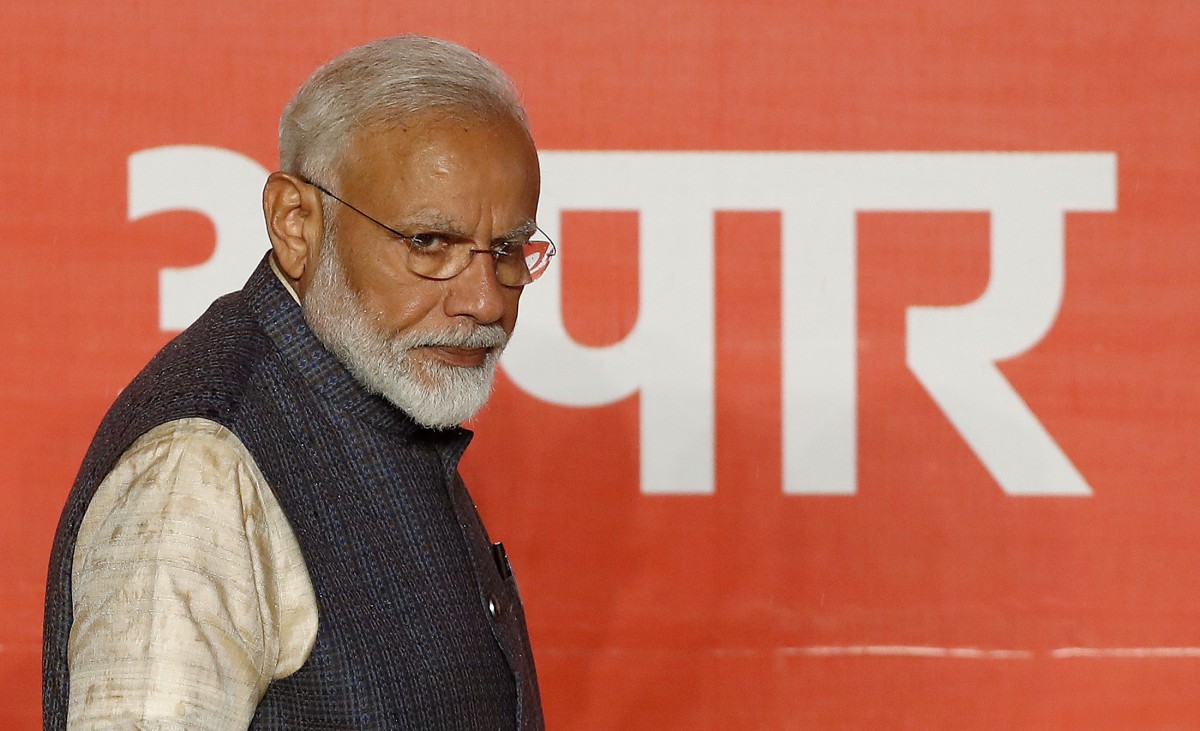 His focus has been on spurring the construction sector, foreign direct investment, and ruthlessly cutting social spending. Modi too was elected as India’s Prime Minister with the promise of development. He inherited an economy that had lost the vigour of the initial post-1991 liberalisation. It was mired in corruption, best symbolised by the coal and spectrum scams under PM Manmohan Singh’s UPA2. Modi with his clean, no-nonsense image was to make India rise above this muck.

Modi set about cleaning India alright. The much-advertised Swachh Bharat Abhiyan was to clean our cities and villages of dirt, litter and open defecation. Demonetisation was to clean our corrupt, blackened economy of undeclared currency and tax avoiders. It was even to clean out counterfeit notes that were supposedly funding terrorists and Kashmiri stone pelters. Modi’s BJP in the meantime was sweeping away the opposition. By buying or otherwise bringing over opposition MLAs to their side, the BJP has inched ever closer to its stated goal of a Congress-free India, or even an opposition-mukt India.

The Brahmanical obsession with cleanliness and purity is stamped all over the BJP’s actions, despite the much-advertised humble roots of its leader. Even as the BJP cleans and clears India of its dirt – physical, historical or political – the authoritarians’ playbook demands an alternate, a ‘new’.

The New India is to be a united India. Its uniformity is to spread from Kashmir to Kanyakumari, even if that unity is to be forged via repression and subjugation as Kashmiris are experiencing first-hand. As Modi and his deputy have declared, this will be one nation, one constitution, even one language. While the authoritarian might want to forge a unified community from above: via law, diktat, language, even violence, that community must always have an ‘other’.

Sameness is highlighted in contrast to difference. In Orban’s Hungary, the other is the refugee from Syria or elsewhere, as also the Roma (pejoratively called Gypsies). Both are projected as welfare benefit-grabbing, resistant to integration with wider society, and given to crime. In Modi’s India, this other is the Muslim.

Throughout its history, and especially from 2014, Modi and the BJP-RSS’s Hindu nationalism has sought to single out the Muslim as different, dirty, undesirable, violent and undeserving of being in the Indian comity. The meat-eating Muslim has been publicly lynched.

The Muslim who has dared to love outside his or her religion has been humiliated and even linked to terrorism. And now, the Citizenship Amendment Act that will allow religious minorities of certain Muslim-majority countries to apply for Indian citizenship, will offer state protection to Hindus, Christians, Sikhs, Jains, Buddhists against the othered, villainised Muslim. Here, Afghanistan, Pakistan and Bangladesh are the oppressive states that subjugate their minorities.

People from the Muslim community take part in a protest against NRC and Citizenship Amendment Act, in Muzaffarpur, Wednesday, December 18. Photo: PTI

These are also states that apparently threaten India’s borders, now and in the past, with their terrorism and tyranny. India, on the other hand, is the righteous nation that will defend its borders against these Muslim-majority countries, while magnanimously offering shelter to ‘sharanarthis’, i.e. refugees looking for sharan or protection.

Like authoritarians everywhere, the authoritarians’ playbook in India too veers away from its initial promise of economic reform and development in difficult times. In fact, this playbook very decidedly turns the page on unities formed around identities of labour, class or other economic and industrial categories.

Trade Unions are anathema to authoritarians from Thatcher to Erdogan to Modi. While Modi might have come to power on the promise of development, what he has offered amidst a rapidly declining economy, is an imagined community. This is the clean, pure, righteous, paternal community of Hindus, which must fight to keep the unclean, impure, violent other at bay. At the helm of this community is the one leader.

By and large, the authoritarians’ playbook has kept to the script in Modi’s India. However, the last few days and weeks have shown cracks in the façade. Community, real or imagined, does not fill our stomachs or get our unemployed youth a job—unless the job is of a gau rakshak. And India’s great diversity—of language, religion, dress, food habits, history, identity and more—can hardly be trussed into some tight garb of Hindu unity. Modi might still try to divide CAA protesters on the basis of their (Muslim) dresses, but India is much too complex for this simplistic othering.

The diversity of India that has been celebrated in the ongoing protests against the CAA and proposed NRC will have unsettled any authoritarian ideas of a homogenous society that plays by centrally imposed rules. The youth-led, positive and vibrant nature of these protests must be all the more disorienting. They upend age hierarchies, patriarchal gender norms as also ideas of the natural flow of wisdom.

The latter ideas sustain authoritarianism centred on the older, all-knowing male. This is why protest must be re-couched as wayward innocents being misled by larger, more sinister forces. While an opportunistic opposition or ‘urban Naxals’ are misdirecting the youth, paternal authoritarianism will show the flock the right path once again. It will punish the child, but also re-educate her/him back into the fold.

Like history has told us time and again, the authoritarians’ playbook runs out of formulae at some point. This is probably not that moment in the life of India’s homegrown authoritarians. If anything, their playbook of repression, violence, punishment and illiberalism is going to up its ante in retaliation.

No one can accuse authoritarians of being high-minded statesmen and stateswomen. At the same time, the ongoing rebellion of young people and a cross-section of society against the authoritarians’ playbook is heartening. This act of talking back, of reclaiming our citizenship and political community from some centrally imposed, top-down diktat, can only be a good thing for India.

Nikita Sud teaches at the University of Oxford and is the author of the book Unfixed Land: The Making of Land and The Making of India.