Will Migrants’ Lockdown Experiences Become the Debris of History That Reaches the Sky?

Will language give a name to the trauma the migrant workers have suffered during the lockdown? Time will tell. Ultimately, their deaths proved how closely, during the lockdown, their fates were linked with trains. The trains they waited for to take them home, which did not come; the train they were not expecting but which came with a sense of finality early Friday morning (May 8), cutting short the homeward journey of 16 migrant workers near Aurangabad.

Driven by a distress the rulers of the land have been impervious to, the group of men and women had started walking from Jalna, in Maharashtra, towards Madhya Pradesh, on Thursday (May 7) evening. Adding to the civilisational journeys of the dispossessed that have become synonymous with the lockdown.

After walking for 45 km, weary to the bone, they lay down to sleep on the rail track at about 3:30 am. They must have thought it was completely safe. After all, they knew from bitter experience that passenger trains were not running; it was why they were walking all the way to Bhusawal, a couple of hundred kilometres away, in the hope of catching a Shramik special that would take them closer home to their destination in Madhya Pradesh.

In the absence of the train they so desperately wanted to board, the track must have seemed oddly comforting. As someone mentioned, they call those planks ‘sleepers’.

At 5:15 am, they were killed as a goods train ran over them. A newspaper report says they were aged between 20 and 35.

If there was any certitude in the lives of migrant workers across the country in 40 odd days of lockdown, it was that trains were not running, let alone on time. The implacable set of face of a supreme leader given to dramatic and ‘strong’ actions – “in four hours, the Rs 500 notes will be worthless; in four hours the nation will be under lockdown” – had made sure that rail services would come to a grinding halt.

The fear of the virus was all too real, as the world is discovering day by day. The message conveyed was that airports, rail and bus stations, factories, bazaars, offices, schools, restaurants, hotels and playgrounds had to fall silent immediately.

What was left unsaid was that everything has a cost. The cost of the lockdown at midnight was clear – the inexorable descent into despair of the country’s vulnerable migrant workers. Because work had ground to a halt, they were expendable till the lockdown lasted. If they were not needed, they did not exist.

They should have taken it on the chin. Even when all avenues of survival were closed to them, poverty and privation were curses they were used to. It was their lot to be invisible. That was the expectation – both during the early days when they were bereft of work, shelter, money and food, and later, when industries opening up, wanted the labour captive.

They could not fulfil that expectation. Sometimes, when there is too much iron in the soul of a nation, and a mask unmasks the corrosive indifference embedded deep within, even the most dispossessed are shaken out of their numbness to assert their humanity by dying if they have to. It is difficult to continue living in a place where everyone behaves as if you do not exist. 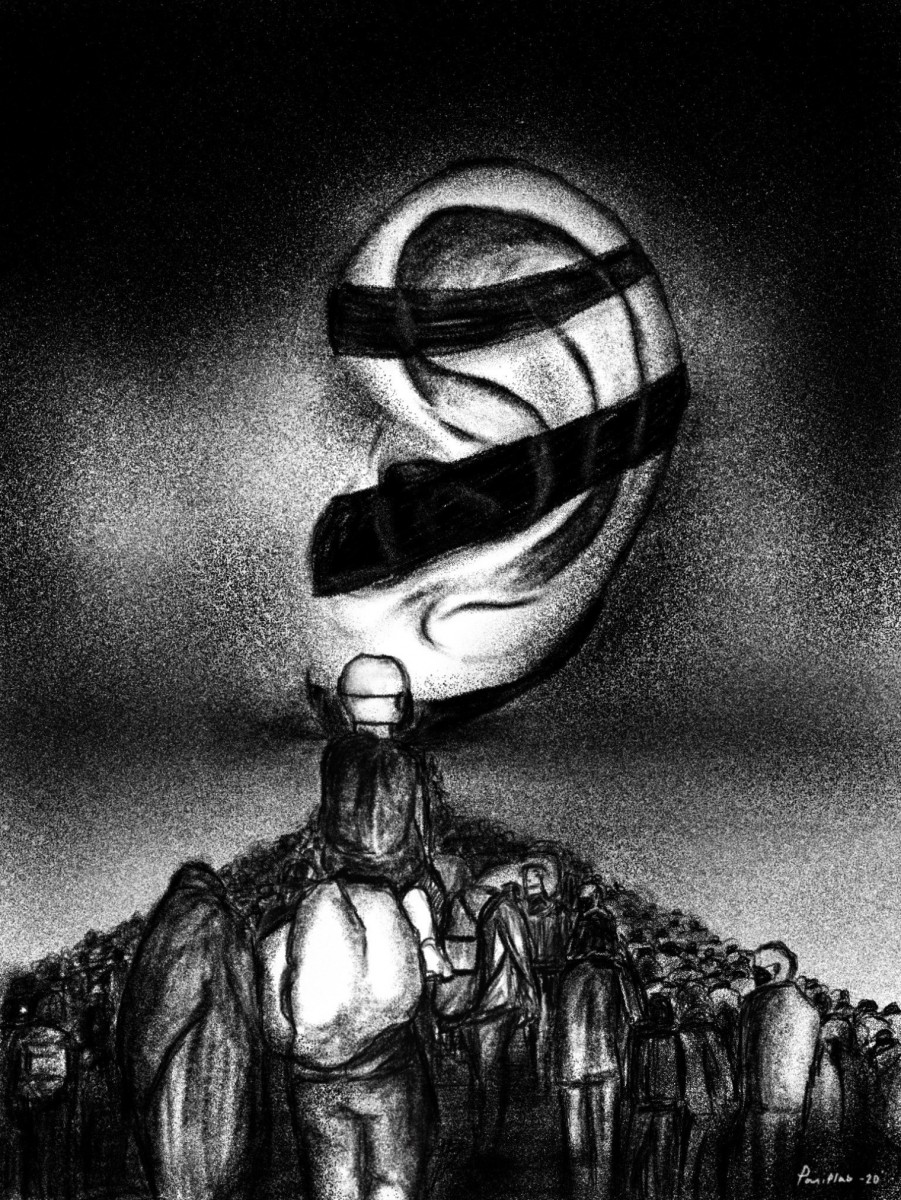 That is how a map of India that had been discounted for so long, has started becoming visible with a blinding purity of purpose. Contoured by wave after wave of migrant workers who set out on foot from the inhospitable terrain of cities and towns to their villages hundreds of kilometres away.

Many of them who spoke on camera said if death were the only option, they would rather die in their homes, seeing the light of recognition in the eyes of their family members.

There was no Margaret Bourke-White to capture the human tragedy of the biggest distress migration since Partition. But for once even the normally sensationalist television channels seemed to be affected by the exhaustion writ large on drawn faces, the quiet dignity that never left them, and the deep instinct that was driving long lines of humanity to flee, regardless of consequences, the urban skylines they had helped build.

When a mike was thrust towards them, they responded but did not break their stride, just kept walking.

Usually, the journeys of migrants are expressions, born of lived experience, of an immense topography of poverty and deprivation which pushes them to cities in search of livelihood. But their flight from cities during lockdown is a rebuff of the moral vacuum that defines our state and society today, which the circumstances of the coronavirus pandemic have merely exposed.

As to the nature of collective memory that will take shape among the migrant workers, it is bound to reveal itself in time.  Will there be cautionary tales about the smart city that lacks a heart and its raja, no less? Will folk artists, when they sketch a pointy coronavirus, also paint the great exodus brought upon by a great betrayal of the sense of community and humanity itself?

Will migrants’ experiences of being shunned by authority and the keepers of society; of long marches of exhaustion and gnawing hunger; of seeing a companion’s death by fatigue, become part of the body’s memory, to be transmitted to the next generation? Will language give a name to the trauma the migrant workers have suffered during the lockdown? Time will tell.

When the initial announcement of the lockdown was made in front of the television camera, there was a certain neatness to the decisive stance of giving no more than four hours to the nation to hunker down.

Seen through a rectangular frame, the monolithic idea of the nation had a nice feel to it, until a deep and long-existing faultline ruptured that idea and the India of the cast-away migrant bled out of the flat screen as scattered photographs and documents of the 16 men and women who died under the wheels of a goods train near Aurangabad on May 8.

In their deaths they discarded their invisibility once and for all. Now they have become part of the troubled collective memory of our dire times.

Chitra Padmanabhan is a freelance writer based in New Delhi. She has translated historian Sudhir Chandra’s ‘Gandhi: An Impossible Possibility’  (Routledge, 2017), from Hindi.