The Show Must Go On: IPL and the Crematorium Next Door

What news may be more uplifting to a gasping COVID-19 patient than that our own Virat Kohli or Rohit Sharma have just blasted sixes that carry the red cherry all the way to the crematorium, asks Badri Raina in this satirical piece.

Virat Kohli and Glenn Maxwell of the Royal Challengers Bangalore during an IPL match. Photo: PTI

There is that old adage: “misery loves company.”

In India, especially, there is no dearth of small-time moralists who pontificate that when children, women, men are unable to breathe outside hospital gates, by the roadside, in make-shift mortuaries, waiting to die for the lack of a sick bed, oxygen, not to speak of medicine, everybody should be grieving.

The bulk of these self-appointed carpers are failed people who never learnt how to make a fast buck, be it at the stock market, in mutual fund transactions, in the black market, or indeed, the grandiloquent pride of the republic, the cricket league called the IPL.

Young women and men who report daily on the COVID-19 apocalypse inches from desperation and death, failed teachers who think their time for preaching has come, retired officers who seek to re-insert themselves into public prominence by appearing holier-than-thou contribute to demoralising a nation destined to be a five trillion dollar economy.

It is their view that national heroes who bring laurels to the realm and bolster our image of great boisterousness of success ought not to be wielding a joyous willow in a playground metres from the crematorium where dead Indians wait for long hours to find their slot on the pyre or in the graveyard.

These kill-joys, anti-national to the bone, do not realise how their lamentations are grist to foreign agencies who are now busy broadcasting India’s so-called plight day in and day out, rendering to tatters the image of the Vishwa Guru in the council halls of the harbingers of destructive foreign ideologies.

They have scant regard for the words of wisdom routinely disseminated to the suffering nation by the highest of the high—wisdom that shames silly things like fact and data into oblivion.

A profound philosophical distortion is at work in this uncalled-for mourning, inattentive to corrective admonitions now and again voiced by scions of the so-spiritual ruling party and government—that death after all is the way of all flesh, and people are not dying for the first time. 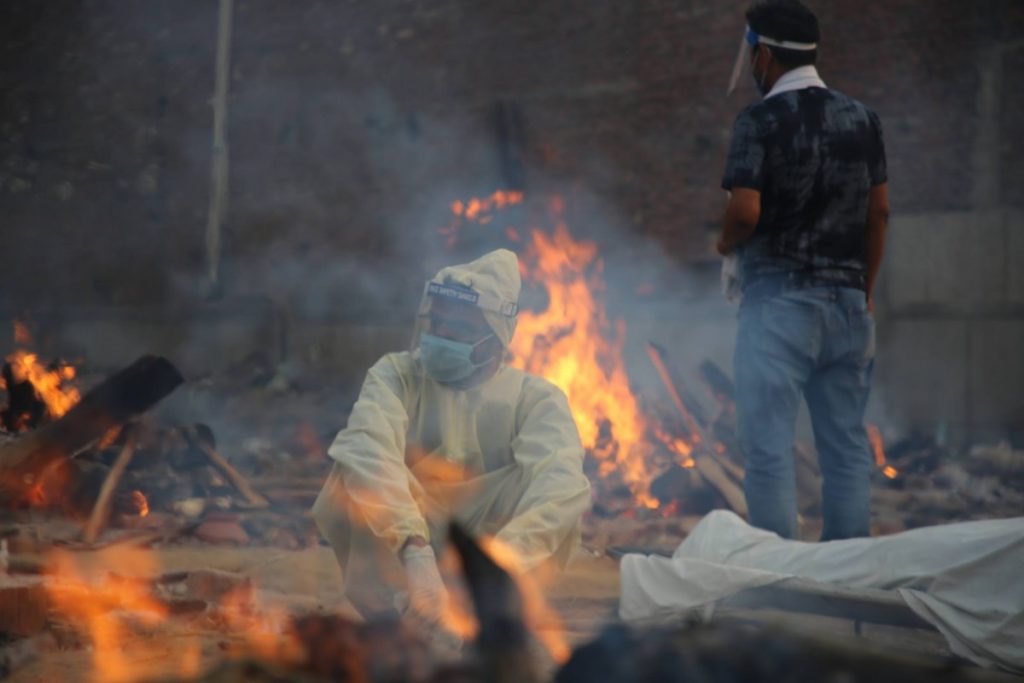 Disconnected from the riches of ancient wisdom, this tribe of uncaring moralists have forgotten that, people, after all, only suffer the consequences of their Karma, and that systems of rule or governmental policies have little bearing on the ordained fate of the human subject, especially those whom god has chosen to relegate to penury and disempowerment.

Nor do they realise that, in the scheme of Sanatan thought, death is an unreal occurrence since only the body expires, not the soul, which returns forever to repopulate the realm in one shape, colour, or form.

How often has this teaching been rendered by knowledgeable pundits in funereal congregations, but wisdom crieth in the temple and nobody listens.

Nor do they consider the fact that no matter how many millions gasp to death, this land has the world’s second-largest surplus of bodies, come to think of it.

If, therefore, the custodians of India’s premier cricket league are carrying on business as usual, they may only be applauded for celebrating the joy of Vaibhav (luxury, held most high and desirable in Sanatan philosophy), showing the rest of the busybody world what resilience of success this nation of nations has. Indeed, what news may be more uplifting to a gasping COVID-19 patient than that our own Virat Kohli or Rohit Sharma have just blasted sixes that carry the red cherry all the way to the crematorium.

Medicine far more potent than a Remdesivir that remains unavailable and unavailing.

Play on, therefore, O committed warriors of success and image-building; shout, “Khela hobe (The game will be played).”

And, imbecile carpers and media aficionados, cease your grieving nit-picking. All that may have been well-placed before India achieved glorious independence in 2014, but your antics now are grossly misplaced, and deleterious to the image of Bharat Mata.

And let the justice system rethink its priorities too. Better lock up the moralists than lambast the powers-that-be.

Look how, in awe of our atmanirbharta (self-sufficiency), even a Bhutan is willing to send aid.

The IPL, after all, only contributes to demonstrating how normalcy reigns in the mainland, as it does in Jammu and Kashmir.