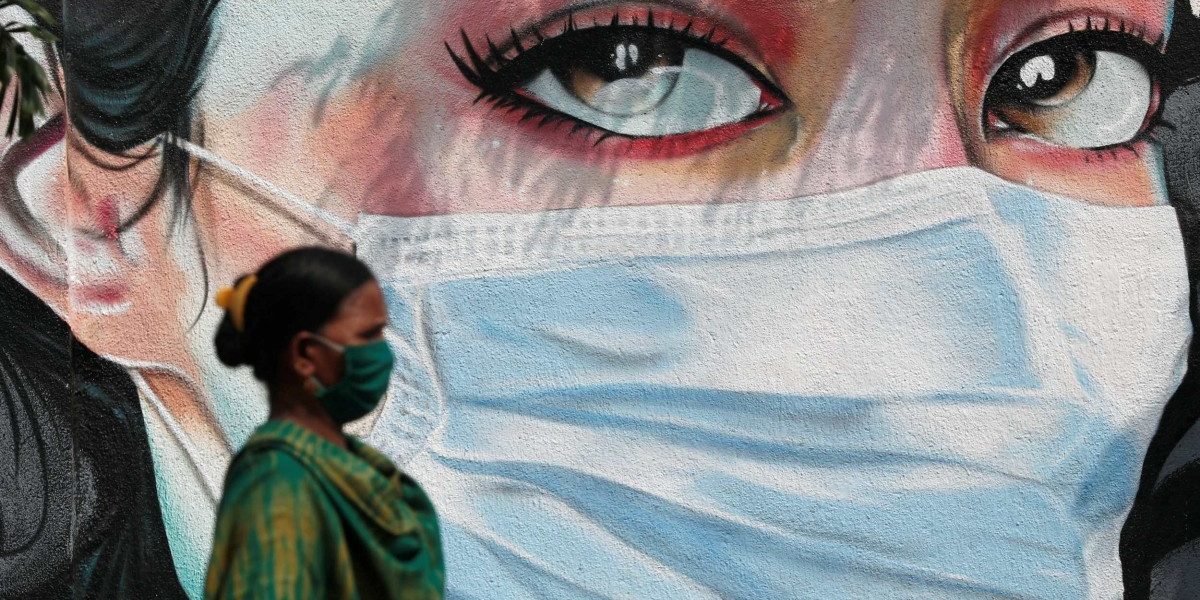 A woman walks past a graffiti of a girl wearing a protective mask amidst the spread of the coronavirus disease (COVID-19) in Mumbai, India, October 23, 2020. Photo: Reuters/Francis Mascarenhas/File photo

New Delhi: India dropped one spot, and is 131 among 189 countries, in the 2020 human development index, according to a report released by the United Nations Development Programme (UNDP). Human Development Index is the measure of a nation’s health, education, and standards of living.

India’s HDI value for 2019 is 0.645, which put it in the medium human development category. India has been positioned at 131 out of 189 countries and territories, according to the report. India had ranked 130 in 2018 in the index.

Talking to reporters, UNDP Resident Representative Shoko Noda said the drop in India’s ranking doesn’t mean “India didn’t do well but other countries did better”. Noda said India can help other countries too and lauded its commitment to reduce carbon emissions.

The report said evidence from Colombia to India indicates that financial security and ownership of land improve women’s security and reduce the risk of gender-based violence, clearly indicating that owning land can empower women. It further said indigenous children in Cambodia, India and Thailand show more malnutrition-related issues such as stunting and wasting.

“In India different responses in parent behaviour as well as some disinvestment in girls’ health and education have led to higher malnutrition among girls than among boys as a consequence of shocks likely linked to climate change,” the report said.

The report said that under the Paris Agreement, India pledged to reduce the emission intensity of its GDP from the 2005 level by 33.35% by 2030 and to obtain 40% of electric power capacity from non fossil fuel sources by 2030.

“As part of the plan, the National Solar Mission aims to promote solar energy for power generation and other uses to make solar energy competitive with fossil fuel based options. Solar capacity in India increased from 2.6 gigawatts in March 2014 to 30 gigawatts in July 2019, achieving its target of 20 gigawatts four years ahead of schedule. In 2019, India ranked fifth for installed solar capacity,” the report said.