In Rajasthan, Adivasi Women Are Coming Together to Assert Their Rights

More than 1,500 people marched to the Udaipur district collector's office last month, making sure their voices were heard. 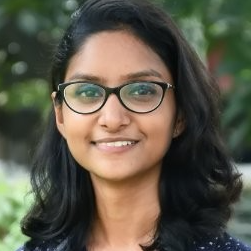 “We do not feel the heat today. Protesting for common demands with hundreds of others makes me feel my power,” says Lakshmi Bai, one of the leaders of the Aravali Nirman Majdoor Suraksha Sangh. “We now know that we are not alone in our problems,” she adds.

Last month, braving the sweltering heat, more than 1,500 women and men marched to the Udaipur district collector’s office, putting forth their demands on their public entitlements. The scene was composed of a sea of women in colourful ghagaras and men in white turbans, raising their slogans against the careless attitude of the state’s Labour Department. The protestors came largely from the remotest Adivasi communities of the area and are part of the Aravali Nirman Majdoor Suraksha Sangh, a registered union of construction sector workers that has been functioning in the area for over seven years.

“Around 75,000 workers have been registered under the BOCWWB, and thousands of us have applied for our children’s scholarship, maternity benefits and pensions provided by the scheme. To date, we have neither received any benefit nor any information regarding their status,” says the president of the Aravali Sangh, Abdul Jabbar Khan.

The Aravali Sangh draws membership from around 300 solidarity groups functioning in the area, locally called Ujala Samoohs. These Samoohs bring together over 11,000 Adivasi women across southern Rajasthan, often from households where male members migrate seasonally for wage labour.

These Ujala Samoohs are common spaces which help women extend support to and draw power from each other. They enable them to find a common identity as a collective. These groups have been playing an active role in raising concerns against the ill-functioning of the public distribution system and the Mahatma Gandhi National Rural Employment Guarantee Scheme in their villages (MGNREGS). These spaces give them an opportunity to mobilise and act on the issues concerning them.

Data from the Aajeevika Bureau’s Management Information System say that due to Ujala Samoohs’ concerted efforts, around 8,000 families across four districts of southern Rajasthan have been linked to MGNREGS in the last two years, and over 2,000 families have been receiving regular and full ration. However, such successes are only limited to the members of these solidarity groups and are not for everyone, implying a defect in policy implementation. People’s job cards still remain with the panchayat samitis and ration is only being given to those who have constructed a toilet in their houses. 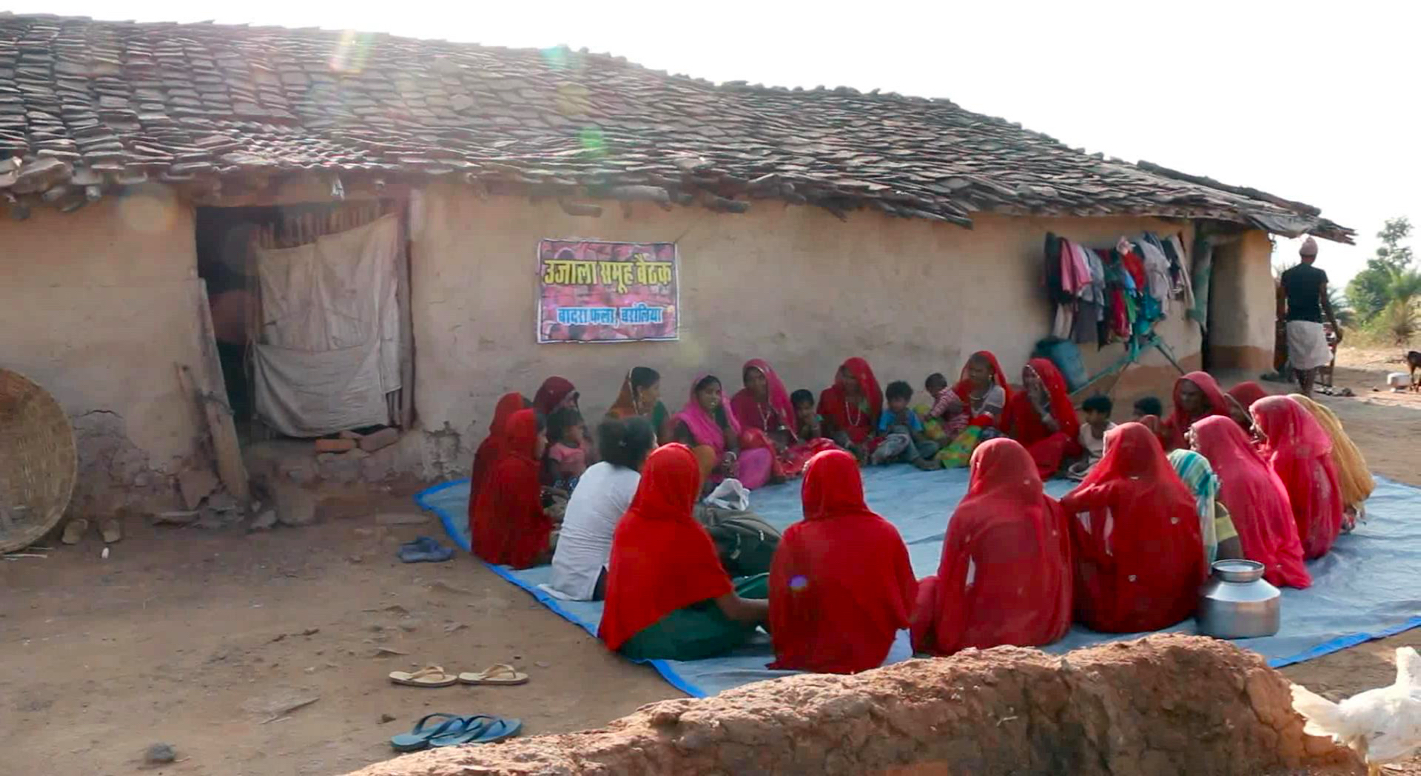 Women participating in a Ujala Samooh meeting in their village. Credit: Drishti Agarwal

Many members of these Samoohs were present on the day of the protest, bringing forwards their demands regarding an increase in the number of the MGNREGS person-days with timely payment of wages. They were asking also for the removal of the village cronies in the PDS which hinders their access to due rations on time. There was a time when most of these women were whispering from under their veils in front of their own husbands; being able to protest with the men from their villages is a big step forward.

“I am glad to be here. Until today we have only been to the sarpanch of our village for our problems. But today we got a chance to present them in front of the district collector. If required we will even go to Jaipur next time, to meet the chief minister,” says Bhanwri Devi, an Ujala Smaooh leader of Bedawal village from Salumbar block in the Udaipur district.

The demonstration went for three hours. After a long meeting, representative members of the Aravali Sangh and Ujala Samoohs appeared out of the collector’s office and informed an expectant crowd that the collector has requested ten days to review their demands. Relief and happiness swept across all the faces waiting in the sun. The collective strength of the Sangh had paid off. It was heartening for Tipu Bai, leader of a women’s group in her village, to know that the collector had agreed to engage with them. She expressed her belief in the power of people’s collective by saying, “Why wouldn’t the collector agree to our terms when so many people have come to his doorstep!”

Tipu Bai talks from experience. She has led several instances of collective action in her village as the leader of her Ujala Samooh. One such instance was a protest against the irregular functioning of the PDS, which resulted in the re-election of the ration dealer. In another case, she challenged the village sarpanch for his corrupt practices. Tipu Bai has emerged as a local hero and legend, fiercely standing up to upper caste men and cronies with her language of equality and transparency.

The Aravali Sangh draws strength from hundreds instances of of local public action led by them at the village and block levels. It is from these sustained efforts of expressing one’s democratic rights and staking claim in the local democracy that these now women have been able to present their demands in front of the Udaipur district collector.

Speaking to these women, it was asked what they meant by empowerment. A fierce leader in the making, Dalki Bai, says, “We don’t really know if we are empowered or not. We just know that we now are not as fearful as we used to be. We can come out of our fala (village hamlet) and participate in such a big rally, that is something I had never imagined for myself.”

Udaipur does not have a recent history of protests and locals here feel that such demonstrations are ineffective. Dissatisfaction and anger could be felt on the day of the protest from the passers’ by as it had caused a road blockage, shifting all the traffic onto one side of the road. Southern Rajasthan has historically been dominated by Rajputs, with Maharana Pratap as a glorified hero. However, it does not have an equivalent glorified history of Adivasis, despite them comprising more than half of the population. In such a scenario, these local level demonstrations by Adivasi collectives, a majority of which are women-led, remain relevant. The voices that have been historically left unheard are seeking an identity for themselves.

The local community’s experience tells us that public demonstrations and collective action are seen as irrelevant. However, it cannot be denied that they enable people to express dissatisfaction with the state and its functioning – and that is the essence of a living democracy.

Drishti Agarwal works with Aajeevika Bureau, a specialised non-profit initiative that provides services, support and security to rural, seasonal migrant workers. The article is based on her experience of closely working with Ujala Samoohs, which are supported by Aajeevika Bureau.