From leaking private chats to a section of the media to the narrative around the case constantly changing, the investigation has raised more questions than providing answers. 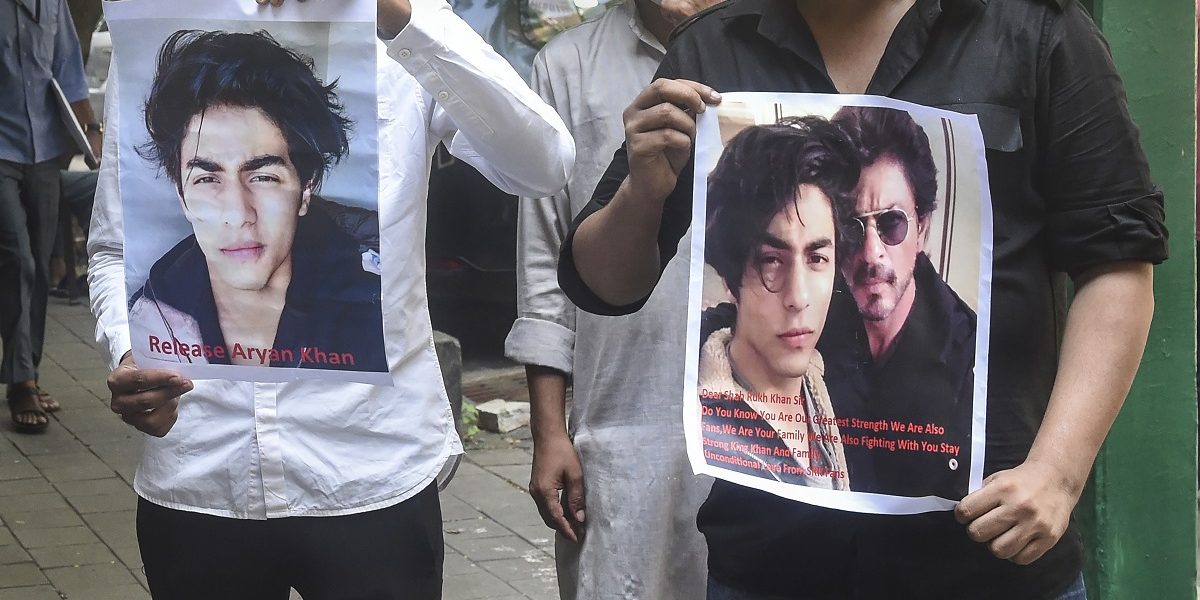 Mumbai: On October 26, as the Bombay high court began to hear the arguments in the bail application moved by Aryan Khan, actor Shahrukh Khan’s son, India Today TV ran an “exclusive” story about the “incriminating WhatsApp chat” between Khan and his friend and budding actress Ananya Pandey.

The conversation, the channel claimed, discussed procurement of drugs. This chat, as it appeared, was categorically leaked to a section of the media. Within minutes, the news broke on a few more TV channels. The chat, the defence lawyers have argued during the bail proceedings, was accessed and made public even before being placed on record. These chats, they claimed, were read out of context and intentionally leaked to colour public opinion.

There is a clear pattern that has emerged in the way the Narcotics Control Bureau (NCB) has functioned in the recent past, especially when it deals with celebrities and high-profile cases. In politically motivated cases, involving high-profile persons, the action seems to play not in a courtroom but outside it.

In the alleged drug party on a Goa-bound cruise involving Khan and others, right from day one, there are several allegations and questions raised about the way in which the case was handled. Khan was arrested on October 3. He was allegedly one of the many persons who had consumed drugs at the party. For an allegation of this nature, the NCB should have first conducted a medical examination on him and other arrested persons. Inexplicably, the NCB decided to not get the 23-year-old’s urine and blood samples tested – a common practice in any drug case.

Since the day of the arrest, Khan’s lawyers have been harping over the absence of one of the most crucial aspects in the case. The NCB, which while arresting Khan and two others – Arbaaz Merchant and Munmum Dhamecha – had applied sections of only consumption and later shifted their story to conspiracy and claimed a larger “international drug link” was involved. The claim, even 24 days since the raid, has not been substantiated.

The arrest memo drafted soon after Khan and other accused persons were taken into custody merely mentions “personal consumption”. But to substantiate this allegation too, the NCB has not attributed any quantity of drug to Khan or Merchant.

The Narcotic Drugs and Psychotropic Substances (NDPS) Act criminalises consumption and the maximum punishment under the Act is one year. Senior counsel Amit Desai, appearing for Khan, during the bail argument has repeatedly questioned the NCB’s intention to go for custody when as per the procedure laid down under section 41 A of the Code of Criminal Procedure (CrPC), the accused persons should have been issued notice to appear before the investigating team instead of seeking their physical custody. Khan and others have been in custody for 24 days now. This crucial aspect was recently emphasised on by the Andhra Pradesh high court in an NDPS case.

Two persons – Avin Sahu and Manish Rajgarhia – who too were arrested along with Khan were granted bail by the special NDPS court on October 26. They were ‘guests’ on the cruise and are the first of the 20 people who have been arrested to be granted bail in the case so far. Sahu is accused of consumption and Ragarhia, interestingly, was shown in possession of 2.4 grams of marijuana. Special judge V.V. Patil, who had earlier denied bail to Khan, Merchant and Dhamecha, passed the order granting bail to Sahu and Rajgarhia.

The bail application of Khan, Dhamecha and Merchant is scheduled for a third consecutive day of hearing on October 28 before the Bombay high court.

The defence has called the investigation a media trial and that Khan is made a scapegoat only because he is the son of a famous man. The NCB zonal head, Sameer Wankhede, who is heading the investigation, in one of his recent media interviews had claimed that his office has burst several narcotics rackets in recent years.

“The media does not highlight the news if we catch a normal person, but when there is a case involving a celebrity, the news is everywhere,” Wankhede had said. But it is also a fact that in those cases, the NCB has not leaked private chats to the media. Actress Rhea Chakraborty’s chats were also leaked last year.

Following the death of actor Sushant Singh Rajput by suicide, the manner in which his partner, Chakraborty, was hounded by media and the Central agencies, including the NCB, is seen to be playing out in Khan’s case too. But this time, unlike the past year, the Mahavikas Aghadi government in the state is more prepared and is poking holes in the procedure and is seen to be countering the NCB’s claims in a more combative manner.

At the forefront is senior Nationalist Congress Party leader Nawab Malik, who has taken it upon himself to “expose” Wankhede and his ways. Malik’s son-in- law was booked in another NDPS case a few months ago, only to be later given a clean chit. He might have an axe to grind here but the evidence that he has brought forth so far questions the veracity of the NCB’s case.

For instance, let us look at the presence of the two panch (spot) witnesses in the case. These witnesses – one with a clear BJP link and another with a past crime record – were present on the cruise at the time of the raid. Within days of arrest, Malik made an explosive revelation by posting pictures of K.P. Gosavi, a self-styled private detective in Malaysia, with Khan. Gosavi, taken along by the NCB as a “respected person” – a prerequisite to qualify as a panch witness – has cases of forgery against him. Another person, Manish Bhanushali, is a well-known BJP worker. Bhanushali was seen posing with Merchant.

Since then, Malik has continued to make sensational claims – from an alleged conspiracy to malign the state government to falsely implicating Khan and others in a “fake case” and illegal tapping. During each of his press appearances, Malik has presented “evidence” to back his claims up. The most recent instance was when he alleged that Wankhede produced a “fake caste certificate” to become an Internal Revenue Service (IRS) officer. In the process, Wankhede’s religious identity has also been raked up. Wankhede has claimed that he has been unfairly targeted and his family has been dragged into murky politics.

Malik’s attacks have led one of the witnesses, Prabhakar Sail, to come ahead and make allegations of corruption and extortion against Wankhede. Sail, who claims to be Gosavi’s bodyguard, is one of the witnesses in the case. Sail, in an affidavit, has claimed that he overheard Gosavi speak to one Sam D’Souza about a Rs “18- crore deal”. Of this, Sail has claimed that Rs 8 crore was Wankhede’s share.