Two sets of Kashmiri Pandit and Muslim friends have become an example of brotherhood in the twin districts of Shopian and Pulwama. 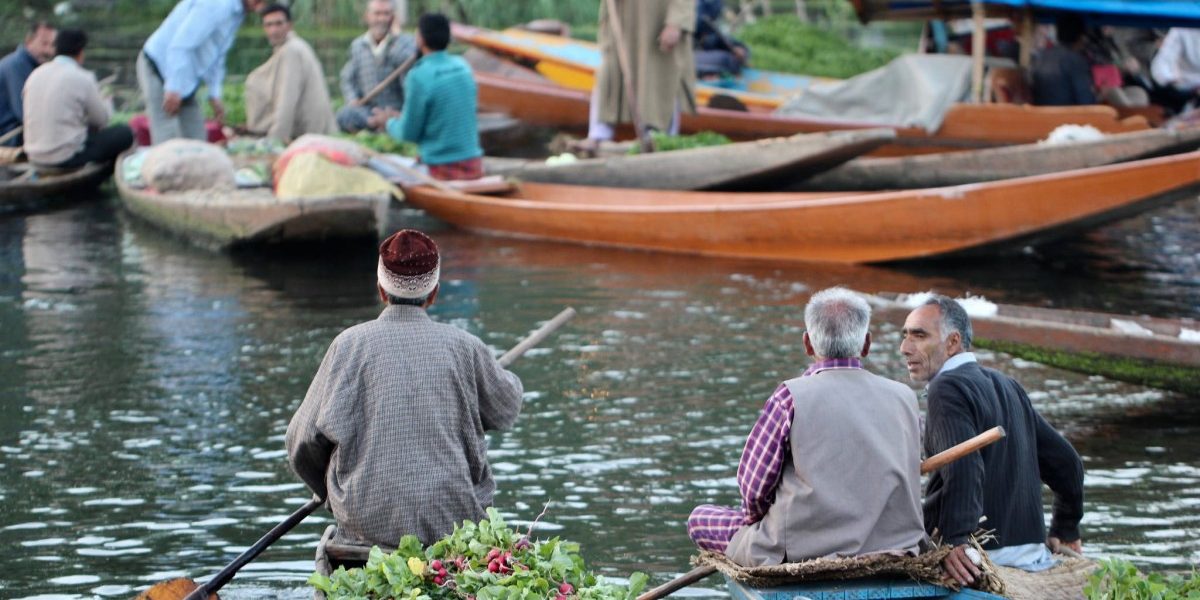 Shopian (Kashmir): Every morning, 62-year-old Chaman Lal, a Kashmiri Pandit, waits for his friend to take him out for a stroll. Lal, a native of Zainapora village in south Kashmir’s Shopian has been visually impaired for over 25 years. Nearly three decades ago, when his brothers left home to chase their dreams, Lal remained confined to the four walls of his room.

He, however, has one hope: His childhood friend, Muhammad Anwar Mir.

Locals call their friendship “The eighth wonder of the world”. For the past 25 years, every afternoon 70-year-old Anwar Mir walks two kilometres to Lal’s home, from where the duo set out for a walk. Lal says the two have been close friends for 40 years, spending two hours daily in each other’s company.

“Once I put my hand on Mir’s shoulder, I get a lion’s stride,” Lal says. When Mir drops Lal home after over an hour-long walk around the village and a chat with locals, several young people assemble around them and share jokes. 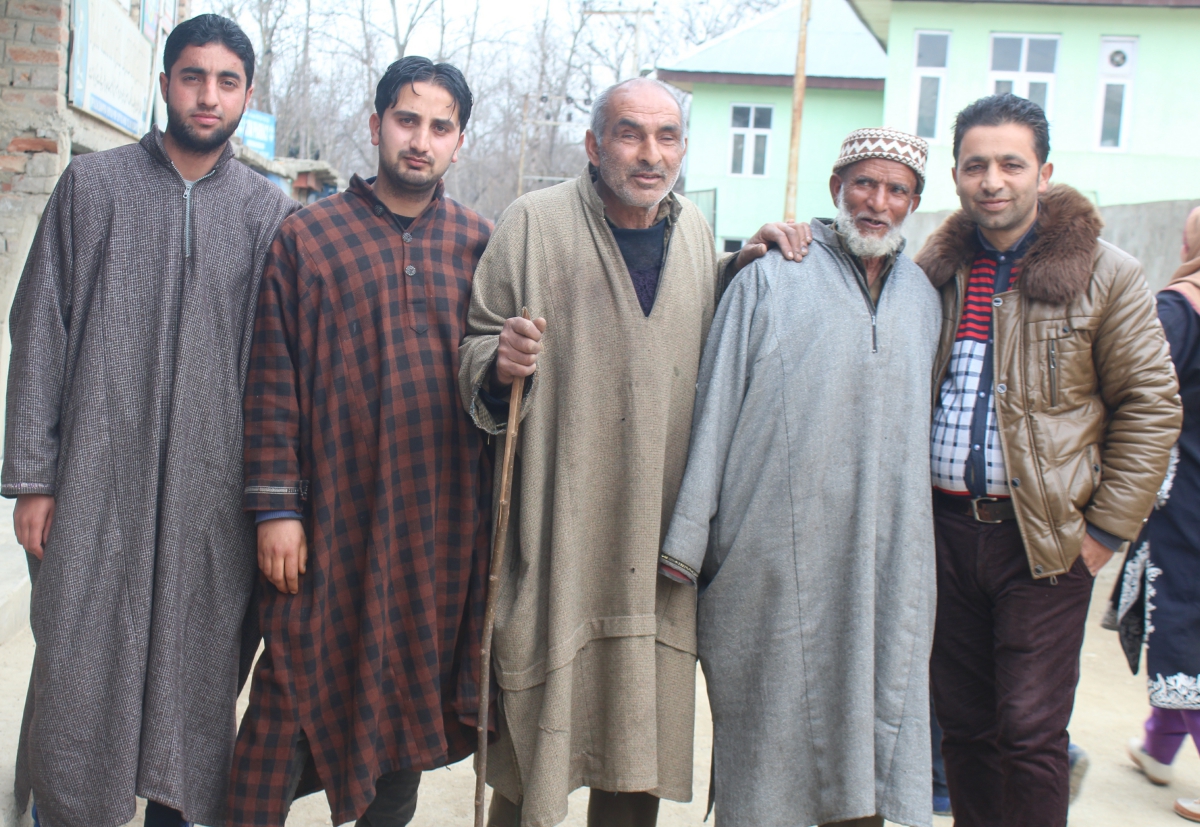 Lal explains that despite all kinds of treatment, he has been unable to see. “I was not blind from birth but encountered this problem some 25 years ago,” he says. “I am not able to see, but I invariably remember the timing of Mir’s arrival.”

“When Mir opens the door of my room, it elevates me,” he adds. “I get ready for the walk even before he gets here.”

Lal lives in a single-storey one-room house in Zainapora village while Mir lives two kilometres away in Babapora village. Villagers from Zainapora told The Wire that four other Pandit families, besides Lal, reside there and have for decades lived with their Muslim neighbours in harmony.

Seeing the two friends together, it is hard to tell that they are from different backgrounds. Mir, with his grey beard, always has a smile on his face, and so does Lal. Their love and affection are shared by Mir’s children as well who respect and chat with Lal whenever they meet him.

A neighbour of Mir, Muhammad Ismail Malik, said that nothing stops him from meeting his friend. “We’ve told Mir several times not to go if the weather is bad or if he is ill, but he never listens to us. He always replies that Lal will be waiting for him and they have to go for a walk.”

When asked what inspires his actions, Mir says with a smile, “My Prophet Muhammad is a staunch example for me. When he was courteous to everyone, then why not me?” he says, adding that he goes to Lal’s home daily, except on Fridays as he spends most of his day in prayers and congregation.

Apart from their walks, Mir shows up whenever his friend needs him – to take him to the hospital, to a marriage or funeral or anywhere else. “I come and take my friend there,” Mir says.

Lal, in turn, says they are even closer than brothers. “We never give an ear to anyone’s talk and Mir has always held my hand and helped me,” he says.

Villagers and neighbours say they want the government to sanction an old-age pension for the two friends. Muzaffar Ahmad, who owns a medical shop which Lal and Mir regularly visit, says their friendship is a fitting response to the communal elements who want to divide this community’s brotherhood.

Another tale of friendship

Approximately 25 kilometres from Zainapora lives Pyare Lal Pandit in Wahibugh village of Pulwama. Pyare Lal is also visually impaired and has been suffering from diabetes for the last ten years. This 66-year-old Pandit, a retired postmaster, is bed-ridden now. He lives with his prosperous family, which includes his wife, son, daughter-in-law and grandson.

When Pyare Lal wishes to go outside for a walk, his daughter-in-law rings up his 60-year-old companion Bashir Ahmad Dar.

Wahibugh village, some five kilometres from the district headquarter of Pulwama, has 350 households including six Hindu families.

Dar said that all the locals in the area have a lot of respect for Pyare Lal, who has taken up the financial responsibility of around seven poor and orphan girls. The duo because close friends after Pyare Lal took on the lease of Dar’s paddy field about a decade ago. 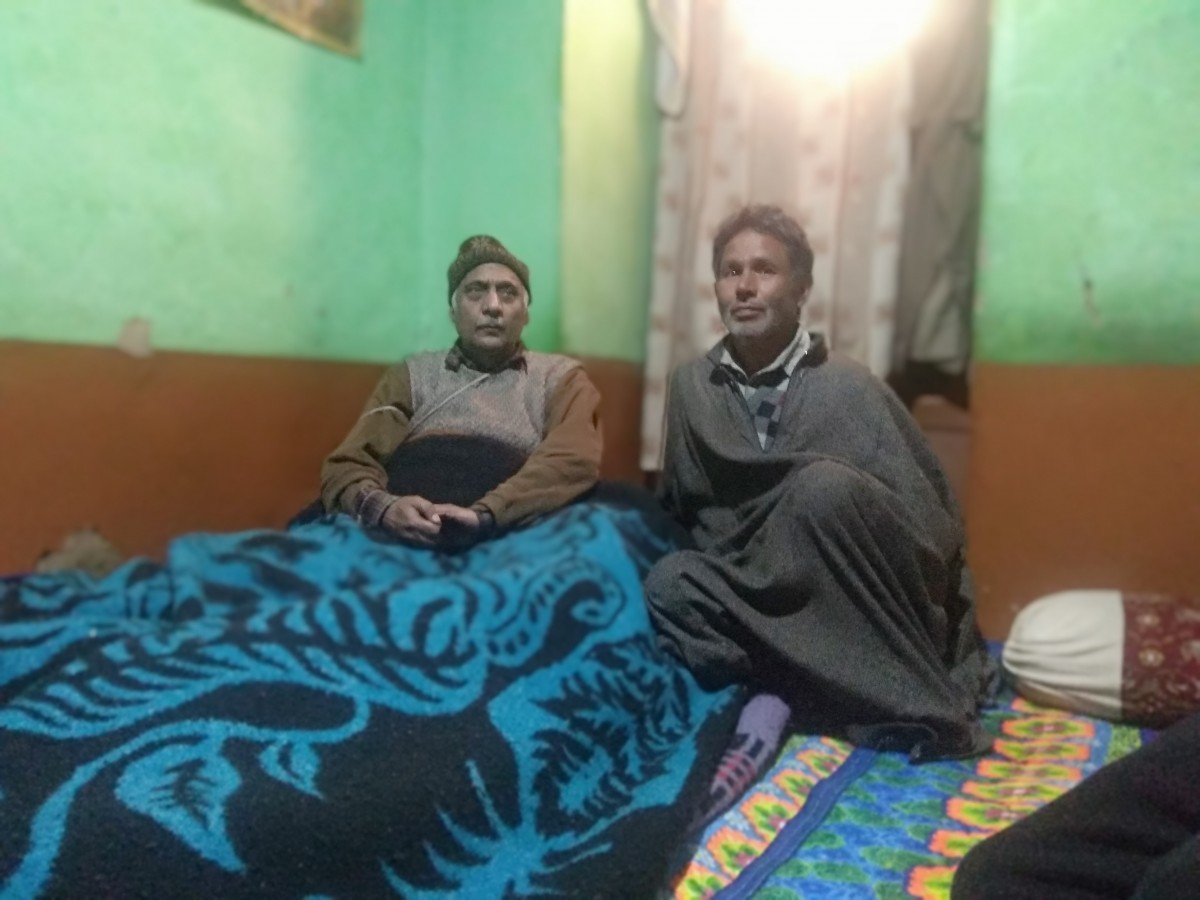 “Since then, I visit his home often and take care of the land. Lal is a rich man and he didn’t need any assistance but he loves to stay with us, chat with us,” Dar says, adding that he accompanies Pyare Lal to a hospital in Srinagar for treatment and medical check-ups.

Also read: In Photos | Kashmir Is Scarred by Another Year of Rage and Grief

Pyare Lal says that his family has a decade-long Sufi connection and for him, there is nothing that will come in the way of him living in harmony with the people of other communities. “After graduating from SP College in Srinagar, I started a part-time job at India Post besides helping  my father with agricultural chores.”

“My father was also a postmaster and a sarpanch of the village and nobody contested against him after seeing his honest judgements. Once I asked my father for money to get soap from the market, but he refused. Within moments a local chowkidar asked for money from my father to pay his dent, and this time, he gave him all that was in his pocket,” Pyare Lal says, adding: “When I questioned my father about his, he responded, ‘We can live without soap, but this man would not get his respect back if he is not able to pay his debt.”

Raashid Hassan is a journalist based in south Kashmir.