In Kashmir, Elation as UN Report Calls for Self-Determination, Inquiry Into Rights Abuses

Top Hurriyat leader Mirwaiz Umar Farooq said the report has brought Kashmir as a political issue back into focus in the UN, which he described as a “major victory” for the people of the state. 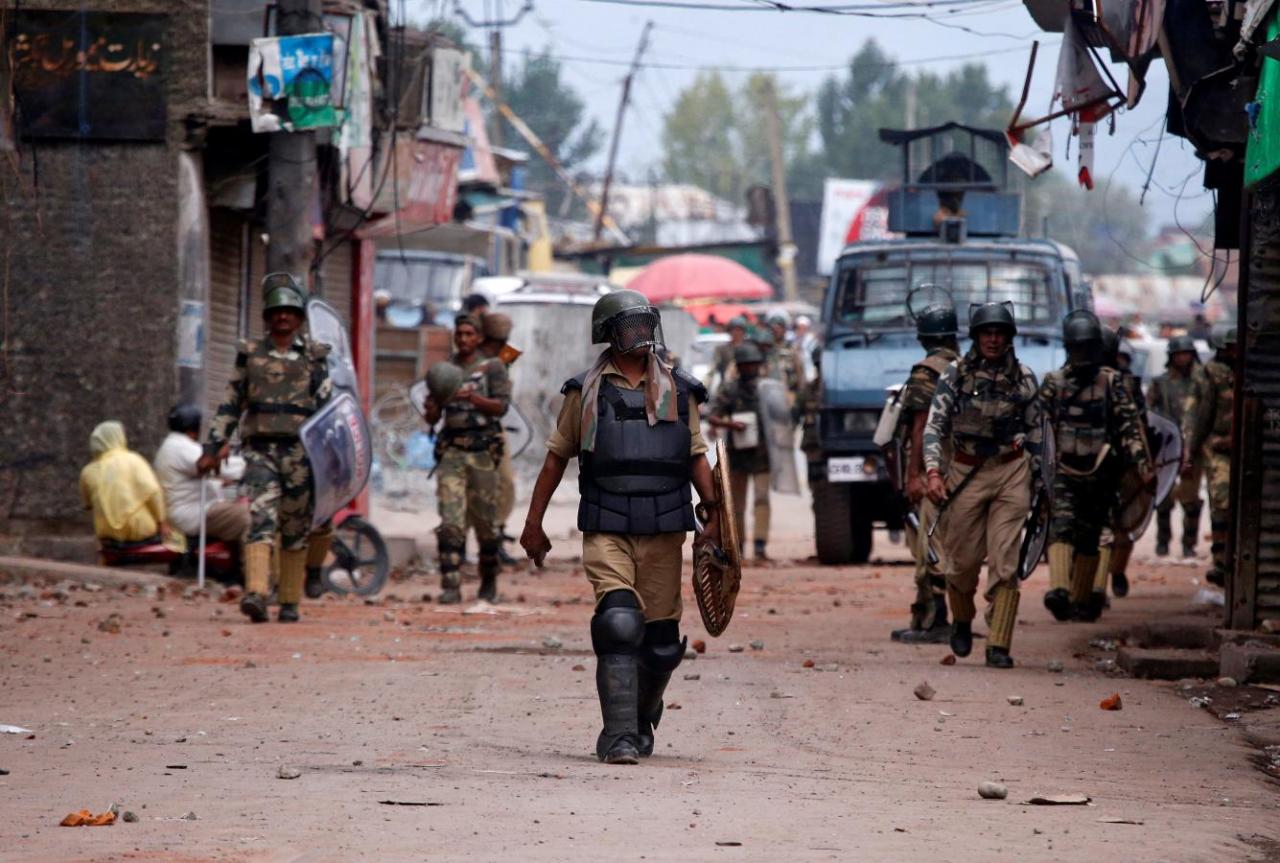 Srinagar: Soon after the Office of the United Nations High Commissioner for Human Rights released its first-ever report on the situation of human rights in Kashmir on Thursday, urging India and Pakistan to “fully respect the right of self-determination of the people of Kashmir as protected under international law”, top Hurriyat leader Mirwaiz Umar Farooq said the world body has acknowledged the sufferings of people who are fighting for their political rights, and asked the Centre to give up its “ostrich-like attitude” on Kashmir.

While the 49-page report gives a detailed account of “human rights violations and abuses” on both sides of the Line of Control, its main focus is in “Indian state of Jammu and Kashmir from July 2016 – when large and unprecedented demonstrations erupted after forces killed the leader of an armed group (Burhan Wani) – to April 2018”.

“This report was long overdue,” the Mirwaiz told The Wire. “Not only does it highlight human rights violations by the state in Kashmir for the past 30 years, it lays importance on the resolution of the dispute as per peoples’ aspirations.”

Welcoming the report, the Mirwaiz said it was now the responsibility of the UN to push for setting up a commission of inquiry about the human rights situation in Kashmir in order to bring the “real picture” to the fore, as the report recommends.

“We are hopeful the UN won’t wait another 30 years to follow up on the report. It is good that the report talks about the human rights situation on both sides of Kashmir. We urge both India and Pakistan to facilitate the process of inquiry,” said the Mirwaiz, who is a key member of the Joint Resistance Leadership which also includes separatists Syed Ali Shah Geelani and Yasin Malik.

The Hurriyat leader said that if there were rights violations committed by “armed people” they too should be inquired into. “We are not saying no to it,” he said. “We have more than 10000 disappearance cases; over 1200 youth have been left blinded due to use of pellet shotguns from 2016 and hundreds of youth have been killed from 2016… somebody has to be accountable for that.”

According to the Mirwaiz, the report has brought Kashmir as a political issue back into focus in the UN, which he described as a “major victory” for the people of the state.

“The report is recognition and acknowledgement of the ground realities in Kashmir and has set records straight by highlighting the disputed nature of Kashmir and the need to resolve it as per peoples’ aspirations,” said the Mirwaiz.

A joint statement issued by the Association of Parents of Disappeared Persons (APDP) and J&K Coalition of Civil Society (J&KCCS) said the report affirms that J&K requires special attention and was a signal to the Indian and Pakistani governments that the UN is closely monitoring “everyday violence” and the role of the parties to the dispute.

Stating that the report has “deep symbolic value” following years of silence by the UN on Kashmir, the organisations said the report connects to the historicity of the J&K conflict, and past UN Security Council resolutions.

“The call for a Commission of Inquiry – an international independent inquiry – is in keeping with past demands by JKCCS and APDP, in light of the unwillingness of Government of India to allow for functioning of any processes of justice and fair and proper investigations,” the statement said.

One of the major recommendations of the report is for the UN Human Rights Council to consider “the possible establishment of a commission of inquiry to conduct a comprehensive independent international investigation into allegations of human rights violations in Kashmir”.

Noted human rights activist Khurram Parvez termed the report as “path-breaking” on the human rights situation in J&K and historical and symbolically a “huge step leading to an acknowledgement of Indian government’s role in massive human rights abuses”.

After the UN resolutions on Kashmir almost 70 years ago, Parvez said the report was an important addition to the Kashmir issue.

As New Delhi rejected the UN report, calling it “fallacious, tendentious and motivated”, the state government headed by the chief minister Mehbooba Mufti chose not to comment on it.

“We will study the report first and then give our opinion on it,” said the state government’s spokesperson Naeem Akhtar.

On its part, the principal opposition National Conference (NC) targeted the PDP-led government for “mishandling” the Kashmir situation, which has given a “chance to the external agencies to poke their nose in our affairs”.

The party’s general secretary, Ali Muhammad Sagar, said the NC has never shied away from talking about the human rights situation in the Valley. He referred to the demand by party vice-president Omar Abdullah in 2011 as the then chief minister about the need for setting up a Truth and Reconciliation Commission in J&K to probe human rights violations in both parts of Kashmir across the LoC.

“This report has largely focused on the 2016 uprising and the situation thereafter. More than 175 civilian killings have taken place since then. The barbaric use of pellet guns also finds mention in the report…there are some things in the report which need an explanation to make people accountable,” said Sagar.