It is a reality that children with disabilities are doubly at risk of sexual abuse. The lack of proper data with relevant authorities in India brings to the fore the question of whether the lives of disabled children matter. 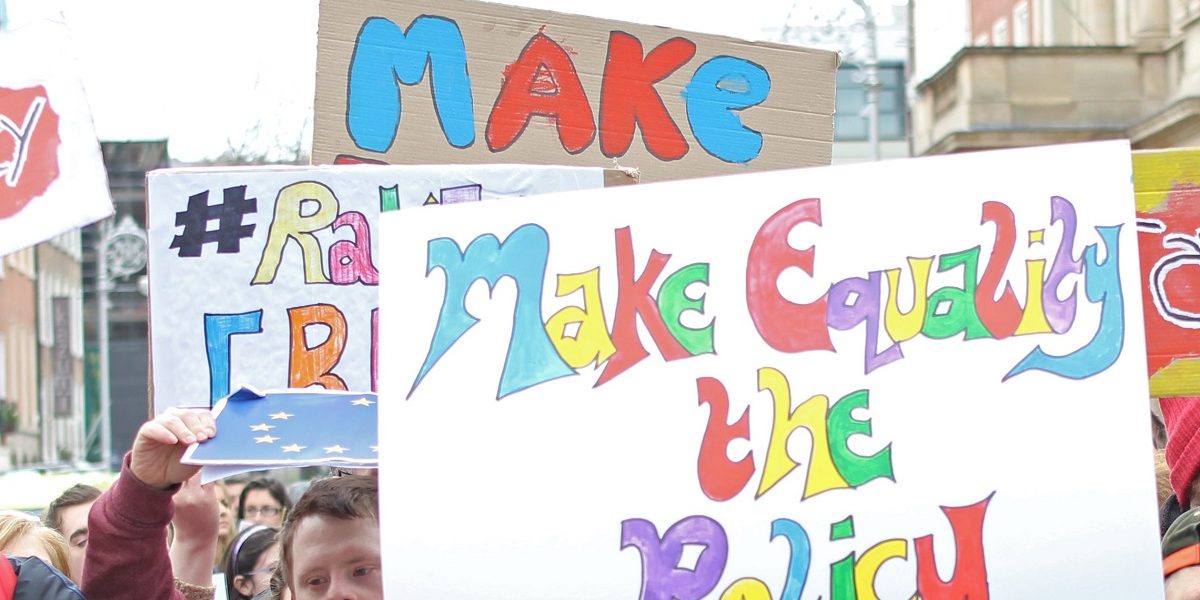 Representative image of a protest for disability rights. Photo: Sinn Féin/Flickr CC BY 2.0

A fact which should haunt every citizen is that in India a child is sexually abused every 15 minutes as per reports by reputed organisation Child Rights & You (CRY). Among them, the easiest targets for sexual predators are children with disabilities who come from economically weaker sections of society.

Even though there are laws in place such as the Rights of Persons with Disabilities (RPwD) Act of 2016 and the Protection of Children from Sexual Offences (POCSO) Act of 2012, children with disabilities face barriers due to their disability, and further if they belong to economically weaker sections of society, they and their families don’t have the means to protest or complain against the violence.

The lack of data about the sexual abuse of disabled children further hampers the ability of civil society to advocate for them. A sad reality is that although the National Crime Records Bureau (NCRB) has the capability to maintain data on various crimes, it does not maintain disaggregated data on disability.

Another area where there is a lack of data is with the nodal authority responsible for the protection of child rights in our country. In response to a Right to Information (RTI) application filed by Parveen Malhotra (name changed) in May 2021, the National Commission for Protection of Child Rights (NCPCR) disclosed data that showed that a total of 99 cases related to children with disabilities had been registered with the authority from 2017 to 2020.

This aggregated figure of just 99 cases related to children with disabilities in the past four years does not seem believable. It is in stark contrast when compared to a total of 5,012 complaints of violation of child rights of all children with and without disabilities tallied in the 2018-19 annual report of NCPCR.

As for the RTI, NCPCR responded only to the first query in the application, which asked for providing state-wise and disability-wise data on children with disabilities who approached NCPCR and the number of such children who were provided intervention and support for a period of 2017-2020.

A brief study of the annual report reveals that there is no specific mention of data pertaining to different disabilities. The word “disability” itself was only mentioned a total of nine times in the annual report, as a part of headings which club all marginalised and vulnerable children.

Also read: People With Disabilities Can’t Be Too Joyful Over Rollback of Amendments to the RPWD Act

The RTI response went on to show that state-wise camps organised by the NCPCR in 55 districts for the year 2020 recorded complaints totalling 3,060 related to disability certificates and pension for children with disabilities.

NCPCR reported that it did not have data on the following points:

All this indicates that for the government, disabled lives do not matter.

Not having any information in material form on these points makes it abundantly clear that although the raw state-wise data of complaints are registered with NCPCR, the commission is treating people with disabilities as a homogeneous group. There is no disability-specific workshop, conference, seminar or programme within the commission to create awareness about the RPwD Act. Even though videos are available on the website of NCPCR as external links, the PIO in charge does not know about them! Lastly, people with disabilities are not being consulted in creating holistic interventions for the community; once again they have been left out. 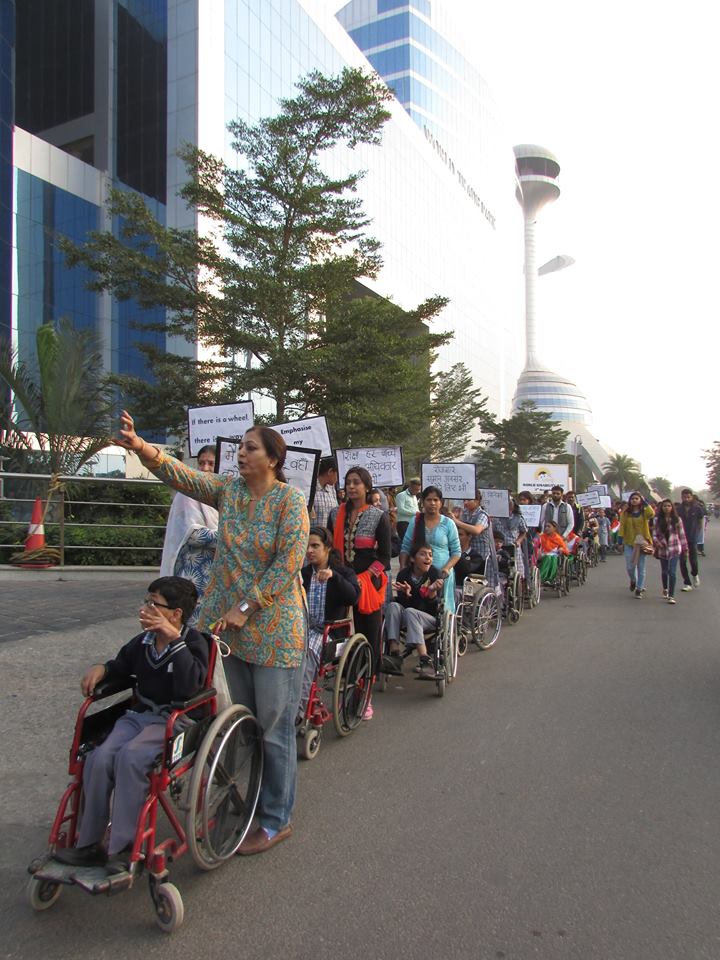 Parveen, along with the Commonwealth Human Rights Initiative (CHRI), Disability Rights India Foundation (DRIF) and the Javed Abidi Foundation (JAF), is now going to take up this matter with higher authorities.

Even with the pathbreaking RPwD Act of 2016, disabled people are not seen as right holders or enforcers. Why would the invisible minority amount to any threat at all? At the end of the day in the minds of the political elite, people with disabilities amount to a mere 2.21% of the population, out of which 69% live in rural India and 45% are illiterate.

Most authorities just like the NCRB and NCPCR do not have disability on their radar. An example can be made of the Uttar Pradesh Population Control and Stabilization Welfare Bill 2021, which assigns no value to the life of a disabled child. This valuation of life is clearly stated in Section 15 of the Bill which reads:

“Notwithstanding anything contained in this or any other law for the time being in force, an action of an individual shall not be deemed to be in contravention of the two-child norm under this Act, if either or both of the children borne out of the earlier pregnancy, suffer from disability and the couple conceives a third child subsequently.”

Simply put, a disabled life has no value.

Those in the disabled sector who are in leadership positions are easily appeased when our nation’s bearded godfather announces that Indian Sign Language will be included in the school curriculum. They lack the understanding that an announcement is not the same as implementing the programme. For the dream of ISL as a subject to be implemented correctly, there are multiple steps that need to be discussed in depth.

As per the Indian Sign Language Research & Training Centre (ISLRTC) Interpreter database, there are a total of 304 interpreters active in India. To point out the most obvious, how will 304 interpreters teach at the 14,94,052 schools present in our nation. The announcement is just a politician’s promise without a plan!

Since the government does not see people with disabilities as right enforcers, promises are seldom kept. Shokin Kotla, an orthopedically disabled man from Nuh Mewat, is a living example of a politician’s false promise.

The chief minister of Haryana, Manohar Lal Khattar, in 2017 met Shokin and was impressed by his independence. To show his benevolence, he offered Shokin a job and made an announcement about the same. This story of promise was also covered by local media but after the chief minister left and the initial hype died down, even after four years till date, Shokin has not been employed. He has followed up with the Chief Minister’s Office through the CM Grievances Redress & Monitoring System, Haryana, but fails to secure a job.

Kotla, being an independent adult with disability, is still fighting the system. But what about children with disabilities who have little to no agency? How can they voice their concerns and more importantly who is listening to them?

To make matters highly depressing once again the NCRB recorded a total of 109 cases of child sexual abuse on a daily basis for the year 2018. Independent reports show that each day four such cases are denied justice in India due to closure by police because of insufficient evidence. This begs the question: what are the chances of justice for a doubly disadvantaged disabled child?

The RTI response reporting a mere 99 cases in four years is a testament to the fact that nobody cares about the sexual exploitation of disabled children. To the larger society, the stigma of being a child with a disability is worse and more problematic than being sexually abused.

In August 2020, a 10-year-old deaf girl from Palwal in Haryana was brutally raped and murdered by her neighbours. My team and I along with deaf activists went to the ground to aid the district-level officials and legally assist the family members who were also persons with disabilities in receiving their compensation. After a few meetings, we realised that the family of the victim did not want to pursue the matter any further. They did not want to cause unrest of any sort, even though they had our full support.

The legal system is inaccessible with multiple barriers, creating an added fear amongst people with disabilities. There is a dire need to work on evaluating the current set of interconnected legal, health, pension, insurance systems, making them accessible as per the RPwD Act of 2016 while also influencing the different actors involved in the design of new systems to be inclusive. That being said, leaders of the movement and the larger disability community need to band together as one, delegating various tasks amongst each other so that nothing is left out or missed.

In my mind, to achieve the above, a starting point would be the mainstreaming of the identity of disabled persons amongst various systems through a demand for disaggregated data. If the demand is not met, then it is clear that the authority is violating the United Nations Convention on the Rights of Persons with Disabilities (UNCRPD) Article 31, which covers statistics and data collection by member states. The demand for transparency and accountability should be the sling that the Davids of the disability sector use to take down different government-grown Goliaths.

Shameer Rishad is the convenor of the Javed Abidi Foundation (JAF). He can be reached on Twitter @RishadShameer.