'If He Had a Job in Bihar, He Would Be Alive Today': Son of Man Killed in Srinagar

The family of Virendra Paswan, who was to return to Bihar for the first time in two years on October 10, tell The Wire that he had been insistent his children's education. Fifty-seven-year-old Virendra, originally form Baade Hasanpur village in Bhagalpur district of Bihar, had been running a golgappa cart near Madina Chowk, which falls under the under the Lalbazar police station’s jurisdiction, in ​​Srinagar, since 2019. At his stall from noon to 10 pm everyday, used to make a decent earning.

On the evening of October 5, he was shot by terrorists at a distance from Madina Chowk. His relatives were informed about the incident over phone at around 9.30 pm on the same day.

The Paswans were landless and belonged to the Dalit community. Virendra migrated to Bengal capital Kolkata in his childhood to work in a rod-making factory. As opportunities in Kolkata grew thin, Virendra moved back to Baade Hasanpur in 2017.

He drove an autorickshaw in the village for some time but income was meagre. So he returned to Kolkata, worked there for a few days as a labourer and returned to the village once again in 2019.

By then, there was simply no work in the Bhagalpur village.

However, inspired by the 30-40 people from his village who had gone to seek a livelihood in Kashmir, Virendra left for Kashmir. Soon, income from his cart was enough to run the family and educate his children. 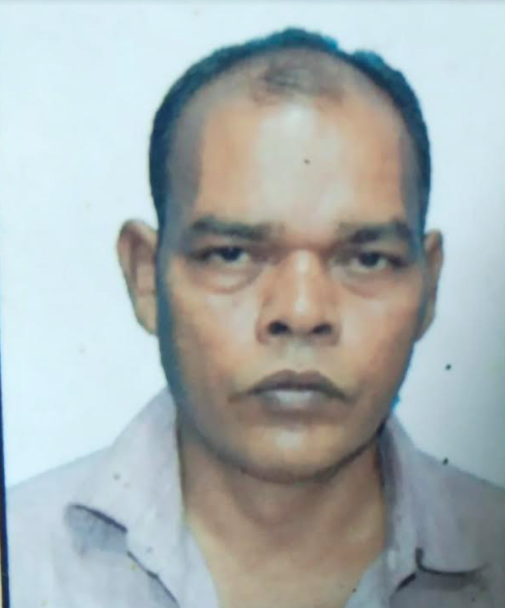 “He had not returned since he went there in 2019. He wanted to save money so that we could get our daughters married and so our son could get a good job after completing his studies,” Virendra’s widow Putul Devi says.

The couple have four daughters and two sons. Out of the four daughters, one is married and two others are studying in Class 6 and 12 respectively. Both sons are in school; one in Class 10 and another – Vikram, quoted at the beginning of the piece – in Class 12.

“He was supposed to come to the village for Durga Puja, after two years. He had got a train ticket for October 10. We had spoken to him in the afternoon, the day he was murdered. He asked us how we are doing and promised to call again in the evening. But in the evening we got the news of his death instead of the promised call,” Putul Devi tells The Wire.

The first call on his death came from Virendra’s brother, who also lived in Srinagar, to Vikram. After some time Vikram was called again and told that his father had been killed by terrorists.

Virendra did not study, but he wanted to educate his children. Vikram says, “He used to take care of the family well. We don’t even have land for farming, but he never asked me to work.”

“My father used to tell me often that I am uneducated, but you must study.  He would tell us that he will work as a labourer if needed but that won’t let us work as labourers,” he says.

Virendra wanted Vikram to become a government officer – a dream the son also had. Now the responsibility of three sisters, a younger brother and his mother is daunting.

“We have got Rs one or two lakh as compensation. But how long will our house run with this money ? How will I continue my studies? How will my sisters get married? Seven months ago my mother also underwent an operation. I had to take a loan of Rs two lakh which is yet to be repaid,” Vikram says.

Vikram wishes the government would ensure a permanent arrangement for his family.

He also wants the government to act tough so that other innocent people are not murdered. “Government should immediately arrest those terrorists and punish them so that they don’t kill more innocent people like my father,” the teenager says.

“Wanted to cremate him in village”

Virendra’s body was cremated at 4 pm on October 6. His younger brother performed the last rites. Those who attended the funeral tell The Wire that the cremation ground in Karan Nagar is the same where the body of a Kashmiri Pandit who was killed by terrorists a few hours ago was cremated.

Vikram says that he wanted his father’s body to be brought to the village and cremated there. “We were trying to get the body, but my uncle, who lived in Kashmir, told us that it would cost a lot to bring the body and it would be difficult to get compensation as well…We had no source of income other than my father’s earnings, so from where would we spend that much money? That is why we decided that the last rites should be performed there,” Vikram tells The Wire.

Meanwhile, Eijaz Asad, Srinagar DC, told The Wire, “We gave Rs 1.25 lakh as immediate help to the brother of the deceased. Apart from this, we had also proposed that if they wish to take the dead body to the village, we will also get the plane ticket done. But his brother told us that Virendra’s family wants the last rites to be performed here.”

He further said that Rs 6 lakhs is also being given to Virendra’s family.

Anirudh Mahto, the mukhiya of Baade Hasanpur village, tells The Wire, “It would have cost Rs 70,000-80,000 to bring the body here, so it was decided that the last rites would be performed there.”

“There has been an assurance of financial help from the Block Development Officer and one quintal of rice has been given to the family as immediate help. We have initiated the process of giving a widow pension to his wife. It will start soon,” says Mahto.

September death of another Bihari labourer

Thousands of people from Bihar live in Jammu and Kashmir. Some of them work as labourers, while some run small businesses.

Last month, Shankar Chaudhary, a labourer from Katihar district, was killed in a terrorist attack in Jammu and Kashmir’s Kulgam. Chaudhary used to work at the apple orchard there.

In 2019, 17-year-old migrant labourer Md. Shahnawaz Alam was badly injured by pellet guns fired by security personnel. He was a resident of Araria district of Bihar and had gone there for work.