I Walked 40 km With the Farmers in Maharashtra, Here's What I Learnt

This is not a staged protest. Try not to let any IT cell mar the credibility of this challenge. Bolster these farmers. They are courageous women and men fighting a difficult battle. 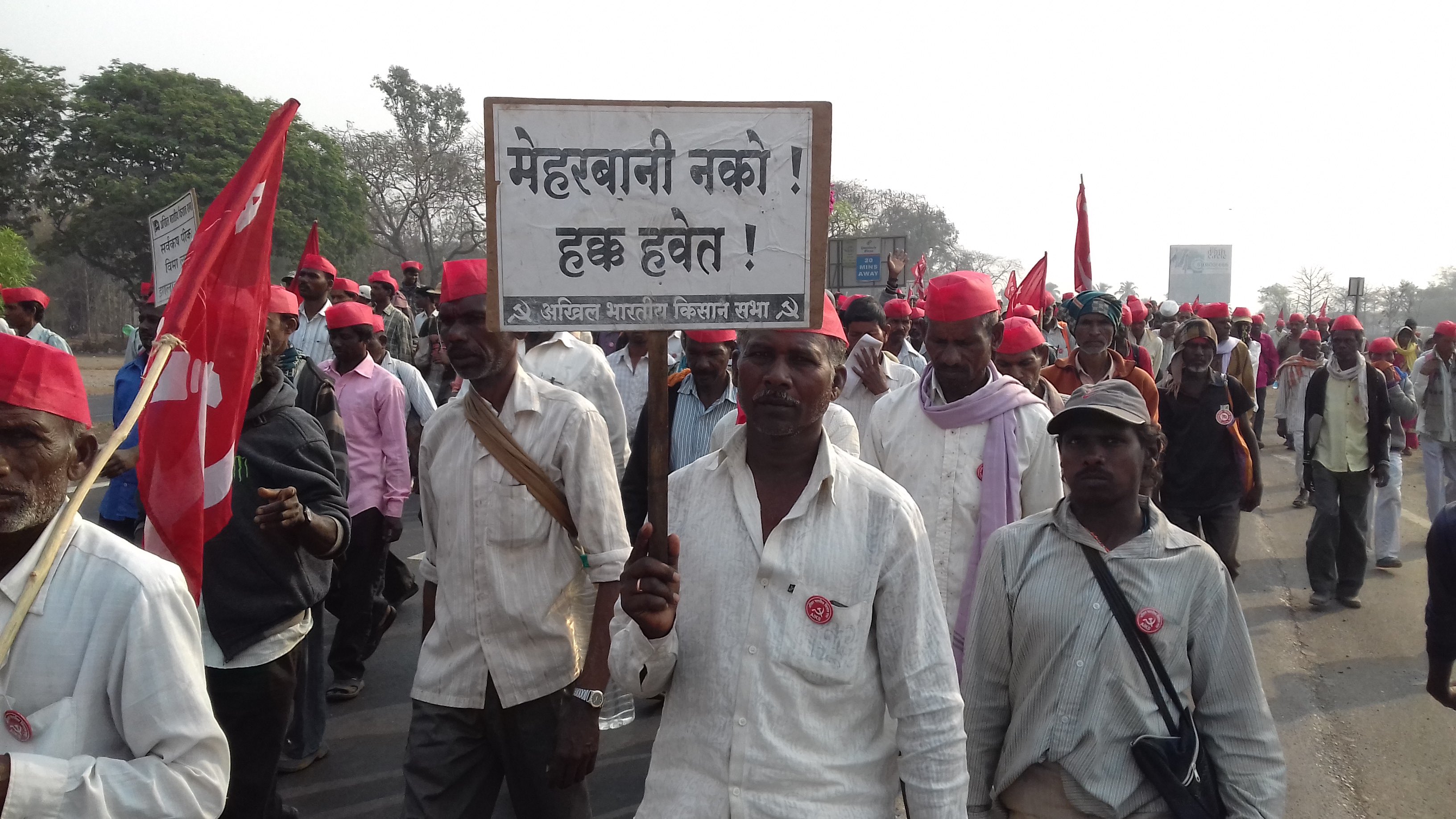 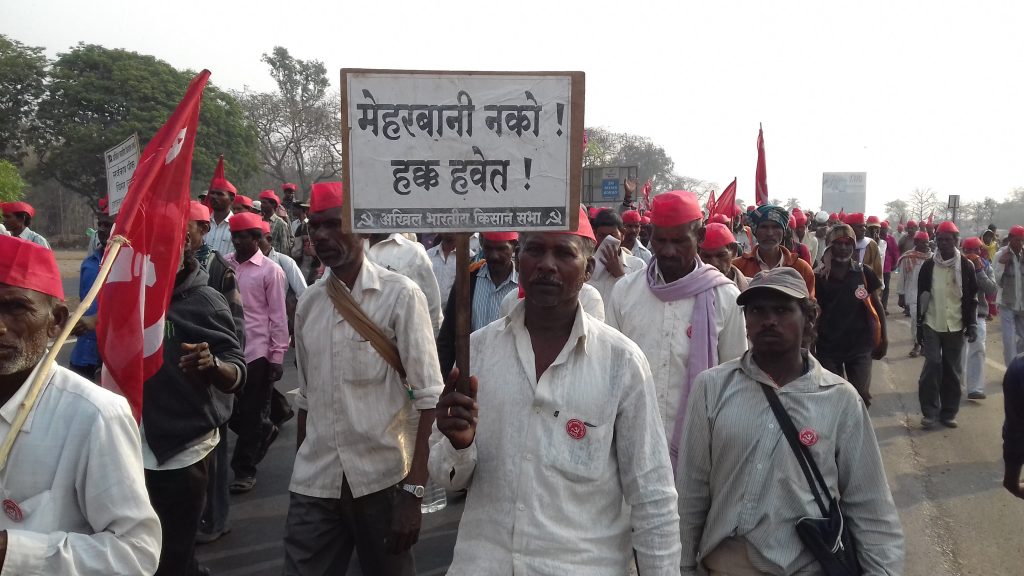 “Meherbani nakko! Hakk Havet!” The farmers marching into Mumbai today are asking for their rights, not favours. An expected 30,000 of them, under the banner of the All India Kisan Sabha, decided to cover a distance of roughly 180 km from Nashik to Mumbai on foot to protest a number of issues ranging from loan waivers to land allotment.

The ‘long march’, as the Kisan Sabha has termed it, began on March 6. Today, the marchers plan to picket Maharashtra Vidhan Bhavan until their demands are met. Right at the front, you can see Jiva Pandu Gavit, the CPI(M) MLA from Surgana and Kalwan constituencies, and Ajit Navle, general secretary of the Kisan Sabha along with other leaders. They’re followed by some farmers holding a banner which reads ‘Maharashtra Rajya Kisan’. Then starts an endless queue of farmers holding placards, water bottles, bags and packets of biscuits. The procession also includes some mothers holding their kids, undeterred by the searing heat or the distance. Slogans and songs blaring out from speakers accompany them as they walk.

I walked almost 40 km with the march on Saturday, March 10 before the heat took a toll on me and I had to return to Pune. But these superhumans, accustomed to toiling hard on the field, showed no signs of slowing down. In the midst of all this, some old ladies still took the time to remind me, at least thrice, to cover my head to protect myself from the heat.

Water tankers arrived at regular intervals and the farmers promptly ran towards them to fill their bottles. One of the most astounding aspects of the Long March is the level of discipline these farmers have maintained throughout their journey. They’ve nearly managed to complete their long journey without any instances of violence. The same level of discipline can be seen in their arrangement for preparing and distributing food as well. Before each meal, a team of farmers breaks off from the larger procession to find a clear ground and cook food (from resources collected largely by themselves) before the rest of the group arrives. There are no large tents and farmers eat khichdi under the harsh sun. Musicians play traditional songs and some farmers even dance, somehow still energetic after their gruelling journey.

This is not a staged protest. This is a real protest by a sad farmer community. They are working hard for their demands. Try not to let any IT cell mar the credibility of this challenge. Bolster them. They are courageous women and men fighting a difficult battle. 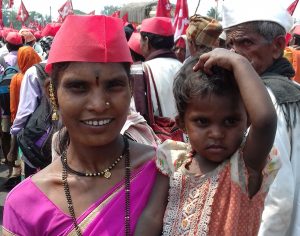 The heat and distance have not deterred farmers from marching. Credit: Ayush Dubey

The problems they are protesting are not new. Farmers have been facing these issues for a long time now. First, the farmers are demanding a complete loan waiver instead of a partial one. The Maharashtra government did announce loan waivers but the benefits of this scheme have been extremely limited. They also have problems with the land allocated to them under the Forest Rights Act. According to the act, a maximum of 4 hectares can be allocated to a family if they are already cultivating a piece of forest land. However, the amount of land allocated to families, even those who have been cultivating 4 hectares is far from adequate. The next issue on the list is the river linking project around Nashik and Thane, which will lead to the submerging of tribal lands. Older issues like the non-implementation of the Swaminathan commission’s recommendations still persist. All these are issues which have a direct impact on these farmers and their families.

Navle told me that despite submitting a memo to the government, they had not received any answer of Saturday, March 10. He added that the farmers’ aspirations were still not getting attention.

This march is a proof of how the government and our society have failed our farmers. Farming is already a tough job. And on top of that, they are being compelled to walk 180km under the sun only to get what is already rightfully theirs. Farmers eating meals in an open field under the sun are not a comfortable sight. They are the ones who provide us with what we eat, they should not be the ones subjected to such hardship. I wish the government could have responded to their demands earlier so they didn’t have to march. As they reach Mumbai today, I hope the protest reaches its logical conclusion and their demands are met.

Ayush Dubey is a 24-year-old web developer and aspiring journalist in Pune.