Holding Hunger at Bay During Lockdown: Stories From Bengaluru and the Nilgiris

Amidst the deprivation and abandonment of the most vulnerable during the nationwide lockdown, come a few rays of hope from stories of generosity in this hour of deep crisis.

Migrant workers from Lucknow walk along Mumbai-Nashik highway to reach their native places, during a nationwide lockdown in the wake of coronavirus, in Thane, Wednesday, April 29, 2020. Photo: PTI/Mitesh Bhuvad

Indians remain under a national lockdown since March 25, 2020, imposed to contain the spread of the novel coronavirus. For those of us cocooned in middle-class comfort, the biggest complaint about the lockdown is having to manage without domestic help. But for the families, urban and rural, who depend on daily wages for basic food, surviving the lockdown is a question of life and death.

When the lockdown was announced on a short, four-hour notice, innumerable workers in our cities found themselves without employment overnight, as work sites and factories abruptly shut down. Many walked hundreds of kilometres back to their villages, braving police lathis, hunger and the elements. Many remain stranded in inhospitable cities, with neither food nor shelter. This time around, though, the usually metro-focused media made the voices of the usually ignored, taken-for-granted workers heard.

We have seen dreadful pictures of people scrabbling for scraps of food in sheer desperation. People questioned how the government could send aircraft to bring non-resident Indians home from abroad, but could not provide buses or trains to ferry stranded migrant labourers from our cities back to their villages. The suffering, the deprivation and abandonment that has been the norm for the most vulnerable and defenceless in our country throughout the lockdown is unforgivable.

There have been some saving graces. Moved by the coverage, thousands of better-off Indians stepped up to supply food to the stranded labourers. Anil Misquith, a corporate veteran who quit to join the voluntary sector, signed up to be the Swiggy delivery man for migrant labourers stranded in Bengaluru.

He has been doing daily food delivery runs to groups of workers in and around his HSR Layout neighbourhood. When I asked him what made him do this, Misquith said, “It started with an SOS from a friend at Network of Volunteers. Six migrant workers in HSR Layout were surviving on biscuits, as their employer had fled. I called a friend from an NGO (Kagaaz Foundation), who supplied ration kits for them. The next day I received another SOS to deliver cooked meals. We delivered 400 meals to multiple families with small children waiting hungrily for us.”

Requests then started pouring in from all over Bengaluru – Hulimavu Gate, Yelahanka, Begur, Hosur Road. “I began distributing dinner to 100 people for another NGO. For a long term solution, I tried to connect these people to a government system for access to dry rations, so they could cook at their convenience. After a lot of chasing, I got 25 kits of rations, each with 15 kg rice, one kg each of dal and salt, two kg potatoes, one litre oil and sambar powder, which I distributed. Finally, I got the surveyor from the Bengaluru municipality’s labour department to collect details of families on April 8. April 24 was nirvana for me. Finally, the families called me saying they had received government rations,” Misquith said. 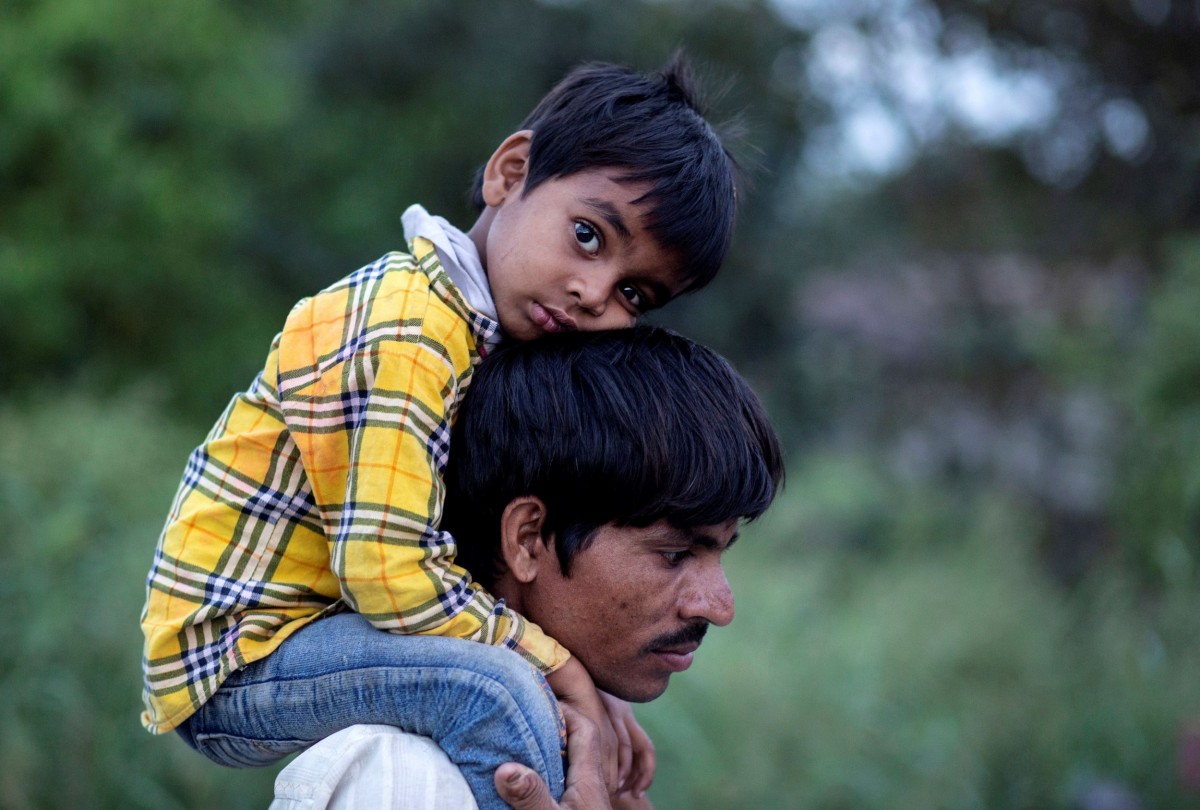 Veteran Delhi journalist John Dayal told me another heart-warming story. A young woman called him to say that she would be delivering his urgently required supply of insulin. Anushka, a college student, arrived with the insulin at 9 pm that night, as promised. She’d been doing delivery rounds on her two-wheeler all day, without even a break for food. Her day had started at around 3:30 am, because “food distribution from schools in slum areas begins early and people start lining up at 4 am, just so they don’t miss out. Frequently, the food finishes before they reach the counter, and so many just wait in line the rest of the day so they don’t miss out on the next round of food distribution in the evening,” she told Dayal. Anushka visits the schools early every morning to distribute food to as many of these people as she can. She then picks up rations and goes to the next place to continue distributing. Her story is heartwarming and inspirational. It has gone viral as thousands saluted her efforts.

More glimmers of hope emerge when newspapers report on the generosity of the Dawoodi Bohra community distributing huge quantities of food in slums and to underprivileged groups in Gujarat and Maharashtra. I have heard instances of Bengaluru churches opening food distribution centres. The Sikhs, whose gurdwaras feed people everyday even during normal times, once again have appeared with truckloads of food. Even the tiny community of Tibetan Buddhists have joined in. When temples, mosques and religious trusts of all kinds are working together so harmoniously during a crisis to feed the hungry, we should ponder over what exactly creates religious divide and disharmony in normal times.

The responsibility of feeding stranded migrant workers, though, ultimately rests with the state governments. In this respect, Kerala has shown vision and exceptional compassion. The chief minister, and everybody else, started referring to migrant labourers as ‘guests’. By implication, in keeping with Indian traditions, they had to be looked after and looked after well. More than 3.5 lakh ‘guests’ have been housed in over 19,500 camps in Kerala, according to reports. Not only was shelter and food supplied to them, entertainment in the form of television, carrom and chess was also a part of the deal. The state has gone as far as providing mobile recharging facilities.

Nearer home, in the Gudalur Valley in Tamil Nadu’s Nilgiris district, it’s the Adivasis who are most vulnerable. Though the Tamil Nadu government gives free rice to below-poverty-line (BPL) ration cardholders, it is not enough for most families. Usually, by the third week of the month, most run out of rice and buy more for the last week. However, most Adivasis are daily wage labourers. For them, no work means no wage, which means no rice for the evening meal. The announcement of the lockdown on March 25 caught many people unprepared, with no rice in the pot and no way of getting any more.

On March 27, day two of the lockdown, the Bettakurumba people of Paingal village in Erumadu, near the Kerala border, had no rice at all. Seventeen families went to the local shop to ask for rice on credit. The shop owner refused, knowing they would have no work during the lockdown, so wouldn’t be able to pay him. But then, 30 years of grassroots work by the Adivasi Munnetra Sangam (AMS), an Adivasi community organisation in the Gudalur valley, paid off.

The people of Paingal are all members of the AMS. Kethan, the Sangam leader, telephoned K.C. Krishnan, the local AMS animator. Krishnan in turn asked the shop owner to give people supplies on credit, and that the AMS would undertake the guarantee for payment. He also got the mandatory police permission needed for people to go to the shop. So, the 17 families of Paingal got their rations. The relief was palpable. No one would go to bed hungry that night.

The AMS also sought help from local NGOs they have been working with since 1988. It formed a crisis management team and sent out appeals for funding. Relief money came in almost immediately, with the Azim Premji Philanthropic Initiative taking the lead.

Several Adivasis also gave rice to others whose stocks had been depleted. In some places, people told the bearers of fresh rations, “We have enough for a few days, those families need it more than we do”. Suresh, an unsentimental, down-to-earth animator, barely held back tears as he said, “I took rice to some villages where there were some old women. They held my face in their hands and said, ‘The gods must have sent you, son. We have not eaten anything for two entire days. If you had not come we would have gone to bed hungry tonight too’.”

Suresh has spent over a decade working for his people – getting them ration cards, Aadhar cards, fighting for their rights. But this was one of the most difficult experiences he’s ever had. Despite their relative poverty, it’s been a long time since he last heard of people literally starving in his forest villages in the Nilgiris.

At Pattavayal, also near the Kerala border, another Sangam animator Karunakaran arranged for five families to collect rice, dal and soap from a small shop. When he called the shop to arrange payment, the Malayali owner Subhash, in a touching gesture, refused the money. “It’s my small contribution, in this time of trouble, for people who are poorer than me,” he said. Subhash has a tiny shop and is not wealthy, so this generosity was something he could ill afford. 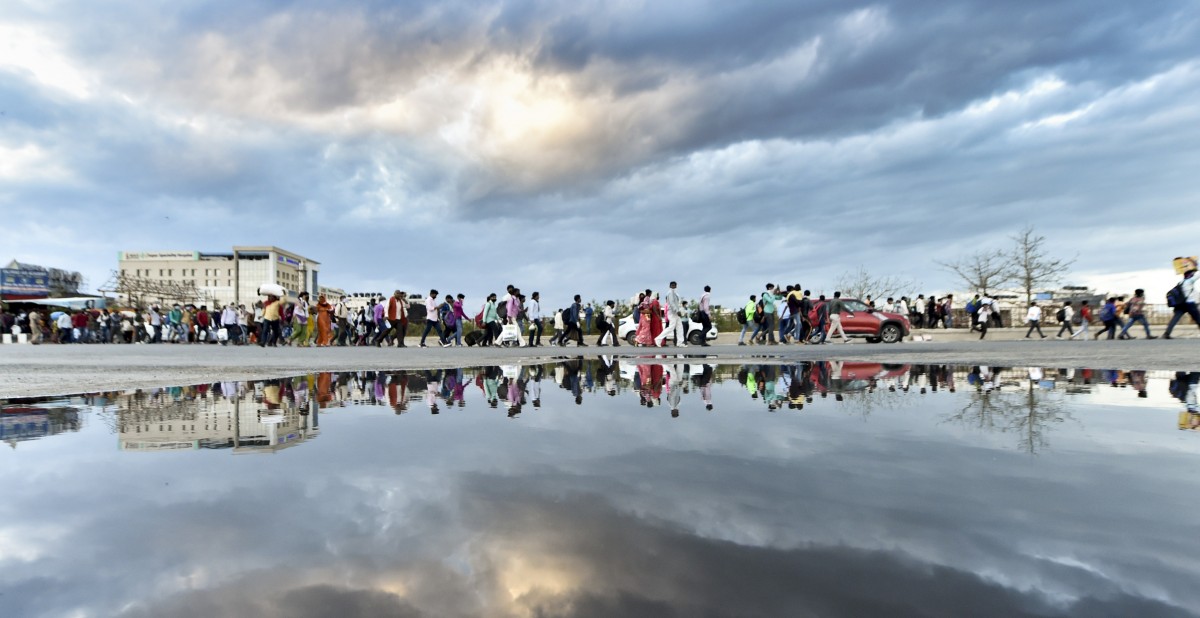 When the lockdown began, the AMS team managed to get food to the most needy and desperate families. The most vulnerable were old people, children, pregnant women, single mothers, people without the all-important government ration cards. A team of village volunteers was put in place to monitor the situation. Up to 703 families were given 6,500 kgs of rice and 350 kgs of dal from late March through April.

When the lockdown was extended, the tribal team had to get food to 5,500 families to make up for a shortfall, as people continued to remain out of work and wouldn’t be able to buy food once their stock of ration was over. The AMS operation will continue as long as the lockdown does, and until people are able to resume employment. The Gudalur revenue divisional officer is impressed by the work done by the tribal team. He is friendly and cooperative and tribal leaders, unusually, have a hotline to him. They are allowed to distribute the rations with a government official accompanying them. All Adivasis and other BPL cardholders in the Nilgiris also received Rs 1,000 each from the state government.

We can only clutch at these elusive rays of hope that come from such stories of generosity and kindness in this hour of crisis. Still, at the back of my mind, there’s a relentless voice which refuses to be comforted. It screams for Jamlo Makdam, the 12-year-old girl who died of exhaustion and dehydration after walking 150 km from Telangana to her home in Bijapur district, Chhattisgarh. And thousands of others like her.