The data also shows that West Bengal has the highest number of encounters by para-military forces. Uttar Pradesh tops the list of deaths in both judicial and police custody. 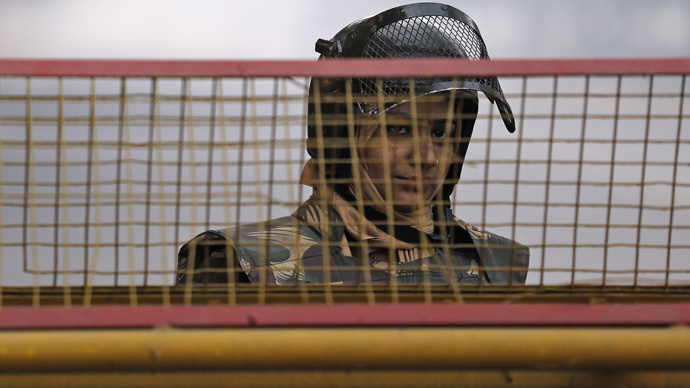 Chhattisgarh has topped the list of encounters by state police, with 66 of the 206 cases in which complaints were registered with the National Human Rights Commission being from Chhattisgarh. Likewise, West Bengal reported the highest number of such encounters by para-military forces in the past year, ending September 2016.

Referring to how complaints running above a lakh were received by the commission this past year, the panel chairperson Justice H.L. Dattu said in a statement on Friday that this indicates “not only the increasing faith of the people in its functioning but also their awareness about the importance of the promotion and protection of human rights”.

In terms of encounters, Justice Dattu said that during this period, the maximum number of complaints (32,498) were registered against the police, out of which 206 cases were encounters. “Chhattisgarh with 66 encounter cases, topped the list followed by 43 in Assam, 15 in Jharkhand, 10 in Odisha, 7 each in Maharashtra and Meghalaya and 5 each in Uttar Pradesh and Manipur.”

“Whenever an issue of human rights violation comes to the notice of the NHRC, it has to take its cognisance without bothering for the permutation and combinations of electoral politics or caste and creed equations,” he said.

Referring to the issue of human rights violations, Justice Dattu, who had described the panel as a “toothless tiger” in June this year, said the commission has the mandate to question governments on allegations of negligence to prevent violations and guide them in their commitment towards good governance.

He said the cases registered by the commission raise direct or indirect questions on the functioning of the governments. “However, its interventions are not adversarial to the functioning of the governments, as ultimately the aim of both of them is to work towards the promotion and protection of human rights through good governance,” he clarified.

Justice Dattu said the “onus is on governments in states and the Centre, to ensure that the faith of the people in the NHRC is not shaken, even by exception when some of them choose to ignore its recommendations, not on the merits but merely on the ground that they are not bound under the Protection of Human Rights Act to accept them.”

Stating that “faith also becomes a reason for enhanced expectations,” he said, the NHRC has not been an exception to this and out of several complaints received by it, many have been on issues beyond its jurisdiction.

In this light, he spelt out the role the panel can play. “The commission can take cognisance of complaints only against the action or inaction of a public authority and not a private authority. Also, civil and property disputes as well as service matters, except the pension and family pension issues, are beyond the commission’s jurisdiction. It cannot take cognisance of an incident of human rights violation, if it is reported a year after its occurrence,” he pointed out.