Human Cruelty and a Tale of Two Pregnancies

Where has the outrage and empathy we rightly felt at the death of the elephant in Kerala gone in the case of Safoora Zargar, the Jamia student held in an overcrowded jail at COVID time? 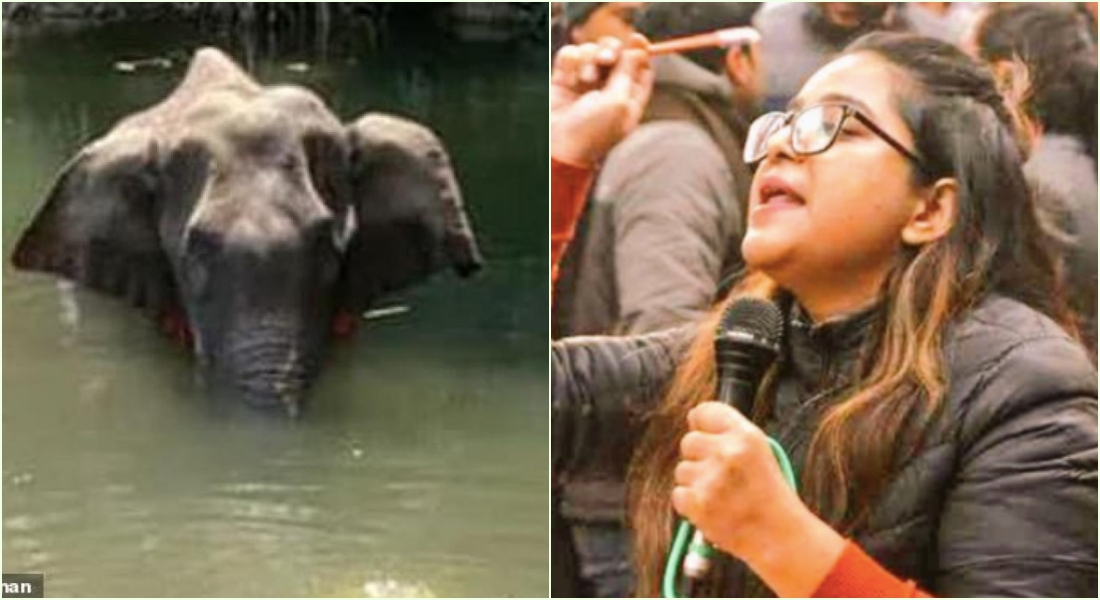 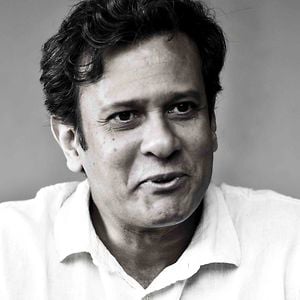 I saw the report first on social media – WhatsApp, to be precise. A gut-wrenching story of a pregnant elephant dying a horrific death, standing in the middle of a river. The initial reports was that some people had deliberately fed her pineapple filled with firecrackers.

On the basis of this narrative, social media rushed with its reactions, including posts from politicians and Bollywood celebrities, with remonstrations filled with anger and grief. Post after post lashed out at the supposed perpetrators, angrily wondering how human beings can be so cruel towards an innocent elephant, that too a pregnant one.

The actual events turned out to be quite different. While investigations are ongoing, it seems that nobody intentionally fed her that pineapple. It’s an unfortunate case of a trap set for wild boars gone horribly wrong. It is apparently a routine practice in plantations to use firecracker-filled fruit in order to ward off wild boars. The unfortunate elephant had wandered off from its habitat and ingested the fruit that was never meant for her.

Nature is messy and cruel, more so at its perimeter with humankind.

No matter how the details fill in, whether accidental or intentional, the slow painful death of a pregnant elephant was a sight that would fill every decent human’s heart with grief and anguish. In every society, pregnancy is considered sacred. It heralds the arrival of the new. It is emblematic of hope and of movement forward.

But then what about Safoora Zargar?

WhatsApp University will never tell us who Safoora Zargar is or why she matters. She is a sociology student at Jamia Milia Islamia. And is now in the first trimester – a critical period in her pregnancy.

On April 10 this year, she was arrested for having taken part in a protest against the controversial Citizenship (Amendment) Act, that has caused such a huge stir in the country because it makes religion a criterion for preventing a refugee from acquiring Indian citizenship.

Even according to the yarn the Delhi police has spun, the only concrete charge against her is that she supposedly helped block a road during a demonstration. That’s it. But because the police have linked that demonstration – where no violence occurred – to events separated from it in space and time that she had no role in and claimed they are all part of one grand conspiracy to engineer riots in Delhi, the sessions court refused to grant her bail.

While the oppressive provisions of UAPA make bail well nigh impossible, what makes its denial particularly barbaric is that a pregnant woman has been shoved in an overcrowded prison system during the time of a pandemic. This despite the recognition, worldwide, that pregnant women are in the category of those with “increased risk of severe illness from coronavirus”. In India, the ICMR’s guidelines note that “pregnancy itself alters the body’s immune system and response to viral infections in general, which can occasionally be related to more severe symptoms and this will be the same for COVID-19”.

What makes the situation even more farcical is the fact that while a pregnant woman remains in jail without bail despite her lack of direct or indirect involvement in any act of violence, a man caught red-handed during the Delhi violence of February 2020 with weapons had no problem securing bail. Ironically, the fact that there is a pandemic was an additional factor in his release.

One also remembers the case of Union minister Anurag Thakur who led a crowd of supporters in late January as they chanted “shoot the traitors” – a slogan directed at anti-CAA protestors. Despite this clear and present act of incitement to violence, the police has not found it necessary to arrest him, let alone proceed against him under the anti-terror law.

One also remembers the incendiary speeches and direct threats of violence by local BJP leader Kapil Mishra. Unsurprisingly, he too was neither arrested nor charge-sheeted. When Justice Muralidhar of the Delhi high court asked the police to take a decision on registering an FIR, the judge himself ended up getting transferred and the solicitor general told his successor the “condition is not conducive at the moment” to proceed against Mishra.

One couldn’t have written a dystopian script better. The minister who incited violence, the politician who barked out hate speeches, the gun smuggler caught red-handed are sitting pretty, while the judge who tried his hand at justice was transferred, and most importantly, a pregnant woman was cruelly thrown in an overcrowded jail during COVID times for exercising her right to dissent.

So why has the outrage and empathy gone missing here in the case of this pregnant woman? Why did the celebrities and politicians not raise a hue and cry? Why did social media not seethe with righteous anger? Was it a fear of retaliation from the authorities, or perhaps a studied silence by the mainstream media, or was it that the issue didn’t quite have the right optic? Perhaps it was a bit of everything.

There certainly are a lot of people who, like me, have been equally upset by both these incidents. Perhaps their voices have been drowned by a cacophony of disinformation. But surely, the deafening silence in the case of a pregnant woman being “taught a lesson” by the authorities doesn’t bode very well for the country. Much remains to be said about Safoora and many other unconscionable arrests in recent times, but suffice it to say that a society which cannot stand up for the rights and dignity of a pregnant woman is one which is capable of betraying every living being in the land, human and animal.

Bedabrata Pain is a filmmaker, an ex-NASA scientist and one of inventors of digital camera technologies,  who divides his time between Los Angeles and Mumbai. He is the director of the award-winning Chittagong.