In an interview with The Wire, Manabendra Chakraborty of the HPC Paper Mills Revival Committee says the BJP and Modi have betrayed paper mill employees. 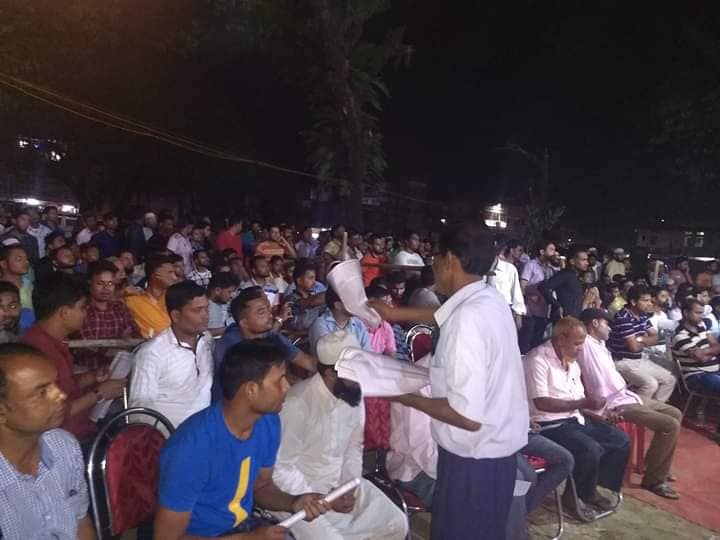 New Delhi: On April 11, Prime Minister Narendra Modi was in the Bengali Hindu-dominated Silchar Lok Sabha constituency of Assam to address an election rally. Silchar, along with Mangaldoi, Nagaon, Autonomous district (Diphu) and Karimganj will go to polls on April 18.

Modi was speaking on expected lines – reiterating the promise made in his party’s manifesto that it would bring the Citizenship (Amendment) Bill if it returns to power in New Delhi.

In this BJP stronghold, which also is believed to have a lot of people who would benefit from the passage of the Bill, that electoral promise naturally has many takers.

However, about four km from the rally venue, a set of protesters were mouthing slogans against Modi, reminding the prime minister of an earlier electoral promise – revival of two paper mills run by the Centre-owned Hindustan Paper Corporation Limited (HPCL).

Modi reportedly made that promise to the employees of the the Cachar and Nagaon paper mills – situated in the state’s Barak and Brahmaputra Valley respectively – in the run-up to the the 2016 assembly elections.

Against the backdrop of the Silchar railway station, the protesters, comprising employees affected by the closure of the Cachar unit since 2015, were shouting, “Pradhan Mantri go back, go back! We shall not allow the killer of so many of our employees into Silchar!” 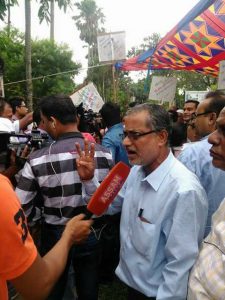 “Work in the Cachar unit was suspended in 2015. Prior to the state polls, we were promised by BJP that it will be revived. We voted for the party. However, in 2017, work in the Nagaon unit was suspended. Non-revival of these mills have affected about two lakh people of Assam who directly or indirectly found employment through them. So far, 53 of our workers have died due to financial crisis,” he later told The Wire on phone.

Not taking any chance, the Silchar police soon arrested the sloganeering protesters and shifted them to a police station far away from the venue of the PM’s rally. They were kept there till 5:30 pm.

In an interview with The Wire, Chakraborty explains the committee’s demands and the struggles of employees and their families after not receiving their salaries for the past 27 months.

The interview has been slightly edited for style and clarity.

According to local media reports, the workers of the two paper mills have started a campaign, ‘Main Bhi Berojgar’, in response to Prime Minister Modi’s ‘Main Bhi Chowkidar’ drive. Why?

Yes, we have, and have appealed to all students’ organisations, clubs, NGOs, intellectuals and political parties, irrespective of differences, to support our cause. We have held several meetings and distributed leaflets to inform people about the injustice meted out to us by the Modi government over the past five years. He betrayed us.

Also Read: What Do Walls in Guwahati Tell Us About Its People and Their History?

We have been agitating for the past four years as Modiji, after formation of his government, suspended production of the Cachar Paper Mill on October 20, 2015. Raw material worth Rs 100 crore was in stock when work was suspended.

On March 13, 2017, production in the Nagaon unit in the Brahmaputra Valley was also suspended without even a notice being issued to the employees. The HPCL paper mills are government of India enterprises. The Centre didn’t care about the employees, stopped paying salaries for the last 27 months.

As of now, 53 workers have met premature death while in service due to massive tension over financial difficulties. Some have died because they didn’t have money for medical treatment. Two of the deaths were suicides. The Modi government is directly responsible for these deaths. The children of the employees have been forced to abandon higher education due to financial hardships.

At least, two lakh people have been affected due to the suspension of work in these units, but the government is quiet about it.

You told local media that Modi promised to revive the mills. Did he meet any employee representatives in this context?

Modiji, while campaigning for the 2016 assembly polls in Assam, addressed a huge rally on March 27 at Kalinagar near the Cachar Paper Mill. He promised to revive the mill for employment generation and economic growth of a backward state like Assam, but nothing was done.

Rather, attempts have been made to hand over both the units to private players. [Local media reports said the Centre had readied a Rs 1,000 crore private-public partnership plan, which has been stalled by the National Company Law Tribunal as HPCL owes loans to a supplier. The Interim Resolution Professional appointed by the tribunal is reportedly taking stock of HPCL’s liabilities presently.)

We met union minister for heavy industries Anant Gete at least six times. We also met finance minister Arun Jaitley and DONER minister Jitendra Singh three times each. All of them assured us that the mills would be revived and our salaries would be released, but each one betrayed us.

We also placed our issue before the president, who understood our precarious condition and intervened. On August 27, 2018, both the houses of parliament approved Rs 90 crore for interim salary in the Union Budget. But it has since been withheld by the Modi government. [News reports said the fund has been held up as IRP would go about deciding who gets what. ‘A full scale revival package could end up costing the Centre upwards of Rs 3,000 crore.’] 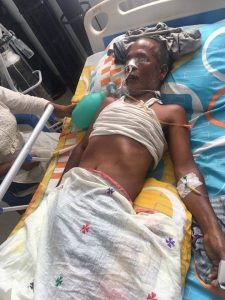 Chief minister Sarbananda Sonowal also spoke about a plan to revive both the paper mills some time ago. Media reports said in 2018 that the state government sent a Rs 1,800 crore proposal to the Centre to revive it.

On repeated occasions, we met the chief minister. He assured us, terming it a ‘prestige issue’ but did nothing. That is the reason we also boycotted the December panchayat polls with the slogan, ‘No salary, no vote’.

We are seeing our colleagues dying. The last one to die was Jahindra Kempri on August 14. He was sick, but his family had no money for his medical treatment.

The ruling party calls itself a Hindu party, but most of the employees who have died so far due to the Modi government’s betrayal are Hindus.