The solidarity witnessed on Twitter in these last few days goes far beyond the traditional, limited scope of online solidarity of raising awareness via hashtags or retweets. 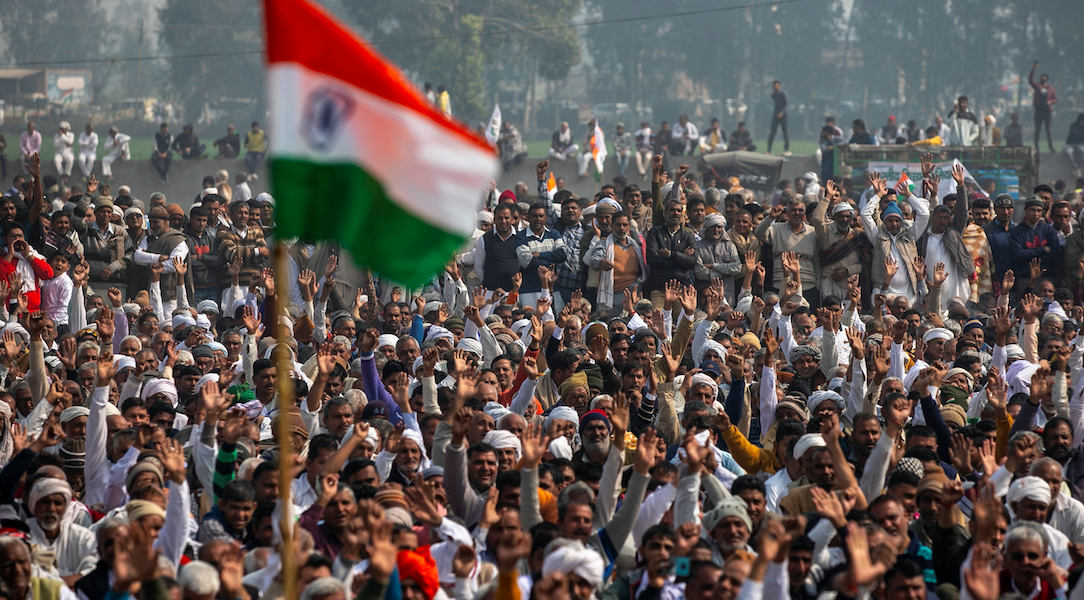 With the click of a mouse half a world away, February 2 became a monumental day for the farmer protest movement in India. Pop superstar Rihanna catalysed a social media storm of solidarity by tweeting “Why aren’t we talking about this?! #FarmersProtest”, which caused a viral chain of subsequent tweets from other celebrities, high-profile individuals, and organisations, such as Greta Thunberg, Human Rights Watch, Vanessa Nakate, Licypriya Kangujam and Anonymous.

It was a huge show of support made more significant by what had preceded it: many months of farmer protests across India in freezing conditions, which were met with state militarisation and fortification of Delhi and followed by a campaign of censorship, media blackouts, large scale Twitter suspensions, internet shutdowns, the detention and arrest of journalists and deafening silence from Prime Minister Narendra Modi.

The solidarity witnessed on Twitter in these last few days goes far beyond the traditional, limited scope of online solidarity of raising awareness via hashtags or retweets.

The chain of events initiated by Rihanna has revealed the inspiring and unexpected power of digital solidarity, particularly with respect to shifting and sharing power. Only when considered against the backdrop of suffocating censorship can the efficacy of this kind of digital solidarity be understood. We can also see the extent to which it has been deployed, in this case, to undermine the stance of those promulgating and upholding the farm laws.

Why is solidarity so important in the battle against censorship?

As mentioned above, regular online campaigns for justice generally aim to gain as much attention as possible, which can later be utilised for the furtherance of a struggle.

This is true under ordinary circumstances; however in this particular case, Rihanna’s tweet was able to hinder the attempts of the Modi administration (in cahoots with Twitter) to silence the dissent of the protesters, as well as journalists, media outlets and the diaspora.

Hence, it is no coincidence that February 2 became one of the largest days of solidarity for the farmer protest movement. But why did Rihanna’s tweet have such a large impact? 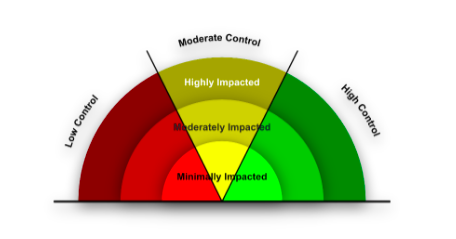 Let us begin with an introduction to multi-stakeholder analysis, which explores the dynamic power relationship between those who have an interest in a particular decision as individuals or representatives of a group. In a movement rooted in participatory action, the stakeholders are those who need “to be involved in deliberations, decision making or actions to achieve project goals.”

This includes people who influence a decision, or can influence it, as well as those affected by it.

A stakeholder analysis needs to take into account “problems of underrepresentation, disputes generated by unclear rights, or problems of incompatible goals and agendas,” according to Jacques M. Chevalier and Daniel J. Buckles. This can be represented in the rainbow figure above left.

When considering the farm laws through the lens of this rainbow model, the Indian state sees itself as a powerful stakeholder and beneficiary since it has the highest control and is minimally impacted. It can decide whether to implement or offset the three laws.

In contrast, the Indian farmers and labourers, who are the most directly affected by the laws, are also those with the least control over their terms and implementation. There are other stakeholders to consider as well, such as the farmers’ unions who have moderate control, or the large land-holding class of farmers that possess some measure of control over such measures.

Interestingly, stakeholders can also be ancestors or future generations; this allows the inclusion of the diaspora, as well as others who may be less immediately or directly impacted. But how does this relate to solidarity and censorship? 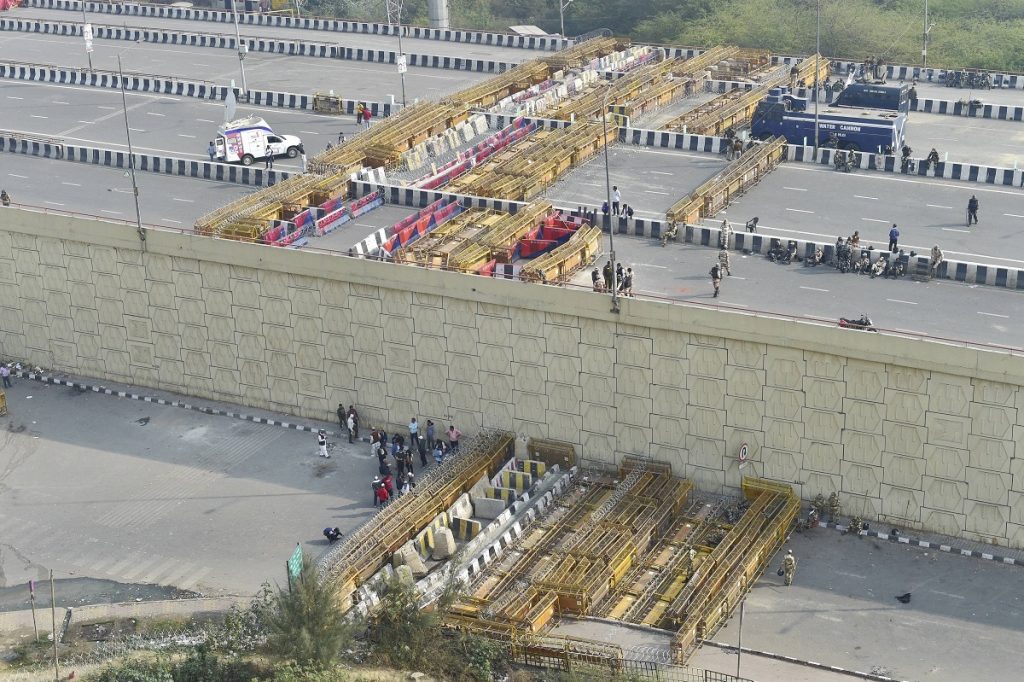 In short, the ability of solidarity to undermine even draconian censorship can challenge the ways in which the relationship between various stakeholders is administered. For example, the power of the Indian state can consolidate the support of other influential stakeholders, such as allied nation states, large tech companies or the domestic political and celebrity classes, whose solidarity is geared towards upholding state control.

This is what we are witnessing with Twitter censorship in collusion with the state, and the complicity of the Bollywood elite, whether through conspicuous silence or active denunciation of the Indian farmer protestors. Another form of solidarity with the state is self-censorship, which is the reason why major news outlets in the West are not adequately covering the farmer protests, despite it being potentially the largest in human history.

So where does Rihanna come into all of this?

Rihanna is far removed from consequences of the laws; she is neither a farmer nor a member of the Punjabi diaspora. And yet, because of her celebrity status, she was able to grant some degree of control over the narrative to those most directly impacted and possessing the least amount of control over the promulgation of these laws: the farmers and labourers at the heart of the movement.

Rihanna’s tweet in solidarity with the protesters was able to disrupt the censorship efforts by those with the highest levels of control and influence within the state and media apparatus. This is most evident as we are now witnessing many Indian politicians and celebrities breaking their silence and being compelled to take a stance as a result, including an official government response from the Ministry of External Affairs.

Similarly, this is why the media went after Greta Thunberg for her “toolkit”, which was actually nothing but a list of solidarity actions.

On that point, it is also noteworthy that stakeholders can also be non-human, such as the environment, which is highly impacted yet has control only by proxy of activists and organisations.

This leads to the inclusion as stakeholders of Greta Thunberg, Vanessa Nakate and Licypriya Kangujam, environmental activists who also tweeted in solidarity with the farmer protests whilst speaking on behalf of the climate. In the battle between censorship and solidarity, these acts of online solidarity represent a major advance for the protest movement, as they extend the notion of stakeholdership to a global scale.

Issues previously deemed to be only of concern to local populations can become sites of global struggle. Acts of online solidarity challenge attempts to silence (or censor) the dissent of groups that could previously be disregarded by the media or coerced by state power. 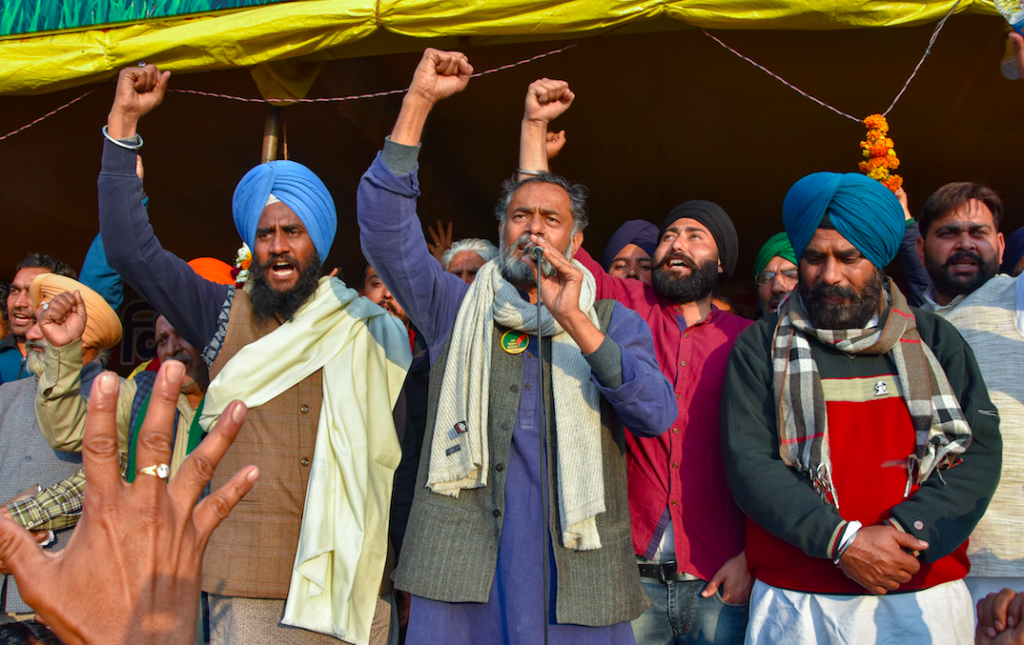 In sum, Rihanna’s tweet was a huge setback for the Indian state and others trying to silence the farmer protests because it broke the monopoly of power and influence held by highly positioned stakeholders in the media and state apparatus, distributing it instead to those across the spectrum of impact and control.

To the degree that censorship continues, we must be ready to extend solidarity in direct proportion, increasing the scope of accountability whilst limiting the atomisation of those that possess the least control and are impacted the most.

We can do this by continuing to widen the scope of stakeholdership to a global scale, thereby bolstering the solidarity that will counter sinister and violent attempts of censorship. Indeed, the censorship efforts by Twitter backfired because they were confronted with a vast show of world-wide solidarity.

The hundreds of thousands of likes and retweets were not mere endorsements, but acts of affirmation, broadening the cohort of those who understand the farmer laws do not just concern farmers today, but also future generations and the global environment and other stakeholder groups. Therefore, it is a fallacy to say external forces can be spectators but not participants as Sachin Tendulkar suggests because the consequences of agrarian policy are not confined within the constraints of the Indian border.

This show of solidarity from unlikely figures, such as former adult entertainer Mia Khalifa, is also particularly interesting because it challenges traditional notions of who may meaningfully and successfully partake in such acts. It disrupts and dismantles hierarchical notions of solidarity.

Sukhraj Singh is the administrator of the online social media profile SikhArchive which produces podcasts and social media posts related to Sikh or Punjabi history. He is currently working on the book that will showcase the rich and more than 50-year-long diverse history of the Danish Sikh community.