How Can Justice for Any Woman End Like This, Asks Bilkis Bano as Rapists, Killers Walk Free

'My sorrow and my wavering faith is not for myself alone but for every woman who is struggling for justice in courts... I appeal to the Gujarat Government to undo this harm. Give me back my right to live without fear and in peace. Please ensure that my family and I are kept safe' 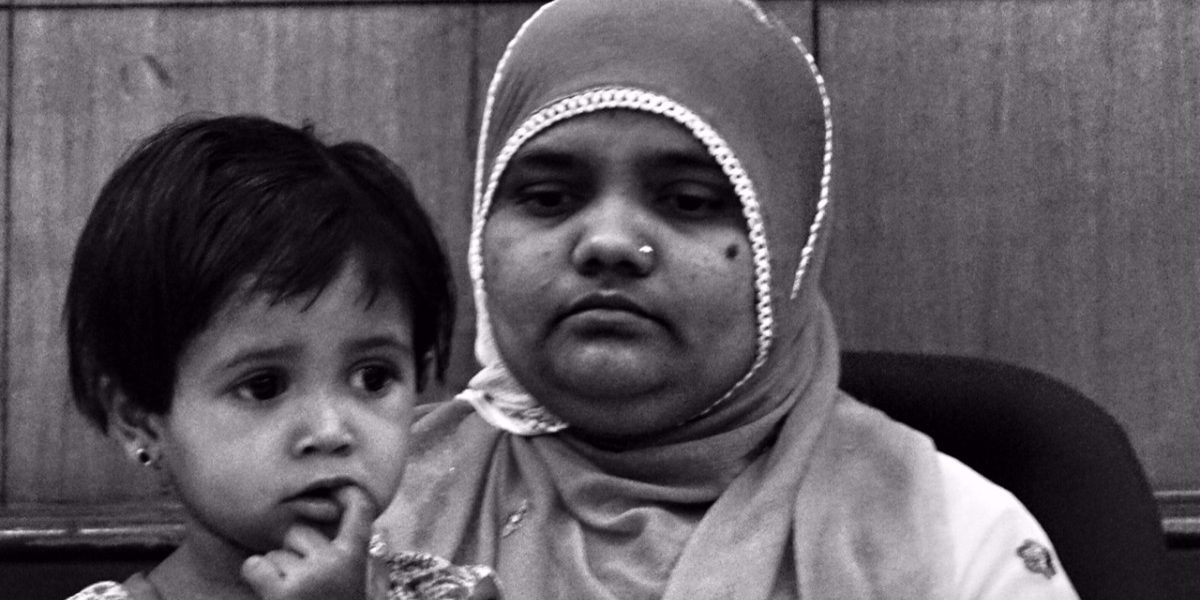 New Delhi: Bilkis Yakub Rasool, the rape survivor whose assailants were set free on Wednesday following the Gujarat and Union governments’ decision to grant them remission, has reacted to the release of 11 convicts after serving just 14 years of what was supposed to be a sentence of life imprisonment.

The 11 men include those convicted of gang-raping her and murdering 14 members of Bilkis’s family in Gujarat in March 2002. The decision to free them was announced on August 15 – one of the dates the Union government had fixed for the release of  prisoners who were convicted of ordinary, rather than heinous, crimes.

“Two days ago, on August 15, 2022 the trauma of the past 20 years washed over me again,” said Bilkis, in a statement released via her lawyer, Shobha.

“When I heard that the 11 convicted men who devastated my family and my life, and took from me my 3 year old daughter, had walked free. I was bereft of words. I am still numb.

“Today, I can say only this – how can justice for any woman end like this? I trusted the highest courts in our land. I trusted the system, and I was learning slowly to live with my trauma. The release of these convicts has taken from me my peace and shaken my faith in justice. My sorrow and my wavering faith is not for myself alone but for every woman who is struggling for justice in courts.

“No one enquired about my safety and well-being, before taking such a big and unjust decision.

“I appeal to the Gujarat Government, please undo this harm. Give me back my right to live without fear and in peace. Please ensure that my family and I are kept safe.”

Shortly after being released, the convicted rapists were garlanded at the local office of the Vishwa Hindu Parishad, which is linked to the ruling Bharatiya Janata Party.

The men were convicted following a long and complicated legal battle waged by the National Human Rights Commission against the Gujarat government – then led by Narendra Modi. The Supreme Court accepted the NHRC’s argument that the Gujarat police and administration were intent on covering up the crime and handed the investigation over to the Central Bureau of Investigation. The trial too was transferred to Maharashtra as the Supreme Court held that the Modi government could not be trusted with ensuring free and fair proceedings in Gujarat.

In ordering the release of the 11 convicts, the Gujarat government says it has exercised its discretionary powers on the basis of the state’s 1992 remission policy – in force at the time of their conviction – which does not exclude any category of criminal from being eligible provided they have served at least 14 years of their sentence. But this claim has been challenged by legal analysts.

Also read: Modi Wants to Give Muslim Women Their Rights. So Why Did He Abandon Bilkis in Her Hour of Need?

State governments derive their power to grant remission from Sections 432 and 433 of the Code of Criminal Procedure (CrPC). However, as The Wire has reported, Section 435 of the CrPC specifies that the consent of the Union government is a necessary prerequisite for the premature release of prisoners in cases where the offence was investigated by a central agency such as the CBI. This provision was also upheld by the Delhi high court in a 2021 judgment which said that the Union government’s consent was mandatory before proceeding with remission under section 435 of the CrPC.

If the Union government consented to the Gujarat government’s recommendation in this case, then its decision would run counter to its own stated policy of not allowing persons sentenced to life imprisonment and rape convicts to be prematurely released.

It is understood that a challenge to the Gujarat government’s decision is likely to made at the Supreme Court.

Read a timeline of events here: