Rajkumari Bansal has said she has no political connections and had gone to support the Hathras victim's family financially since it was being targeted. 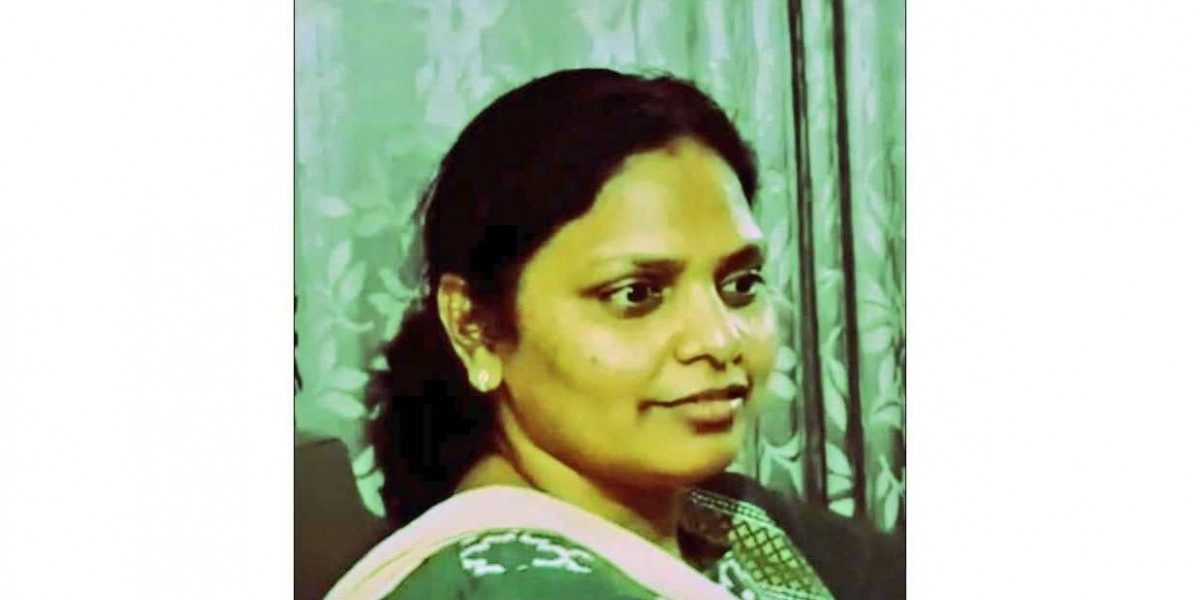 New Delhi: The story propagated by right-wing social media handles and websites about a “#NaxalBhabhi” infiltrating the home of the Hathras victim and interacting with media and politicians there has turned on its head with the woman, identified as Jabalpur-based forensic scientist Dr Rajkumari Bansal, coming out to state that she has no political affiliations and had only visited the family to express her solidarity and offer support. Moreover, she has now threatened to take legal action against those who tried to defame her.

Hashtag targeted Bansal as a Naxal

The hashtag #NaxalBhabhi had been doing the rounds for the past few days. Social media users were claiming that a woman, who at different times claimed to be the `sister’ or ‘bhabhi’ (sister-in-law) of the victim, had been staying at the Hathras house of the victim and trying to control the narrative. Some of the channels had also shown her to be a part of an “international conspiracy” to defame and destabilise the Yogi Adityanath government.

One of the hashtags showed a News 18 India report claiming that a woman who covered herself with her ghunghat (veil) was present with the family for six days from September 16 to 22 and that she stayed there as a fake ‘bhabhi’. The report said police were able to establish her real identity on verifying her call records and conversations with the real ‘bhabhi’ (sister-in-law) of the victim. This report identified the `fake bhabhi’ as a resident of Jabalpur in Madhya Pradesh.

Those posting such videos also posted images of Congress leader Priyanka Gandhi hugging a woman at the victim’s home, claiming that the woman was the #NaxalBhabhi. But a closer look at the image reveals that the woman was wearing a printed saree whereas Bansal was all through the stay seen in salwar suits in other images and interviews.

Through the hashtag, two other videos were circulated. In one of these, Bansal is seen speaking to the CPI-CPI(M) delegation members. It showed CPI(M) general secretary Sitaram Yechury saying, “This is about seeking justice.” To this, she responded saying, “How can someone be cremated that late at night? This could happen to anyone. The administration should not get used to this.”

In another video clip, Bansal was seen saying, “I have come here because of humanity … I am not related to the family … I want to fight for them.”

The social media handles were used to portray these as some of collusion between the Left leaders and Bansal, whom they declared a Naxal.

Right-wing portal OpIndia had also done a detailed story on this under the headline “Alleged Naxal who was pretending to be Hathras victim’s bhabhi spoke to Communist leader Sitaram Yechury: See pictures”.

Without verifying Bansal’s background, it began by saying, “A Naxal connection has surfaced in the Hathras Case that has dominated public discourse for two weeks now” and went on to build a narrative around pictures of Bansal and Yechury at the victim’s residence.

But all these claims and charges have come apart now with Bansal giving a series of interviews in which she said she was a medical professional who travelled all the way to Hathras to assist and financial support the family of the victim.

Forty-one-year-old Bansal said she is lecturer in the pharmacology department of the Netaji Subhash Chandra Bose Medical College in Jabalpur. (On October 10, the medical college served a show-cause notice to Bansal asking her to explain why she attended a protest against the Hathras case – confirming that she does in fact work there.)

Stayed for three days only in October, not six in September

She told The Times of India that she had gone to Hathras on October 4 to meet the family and returned to Jabalpur on October 6. “I went to express my solidarity. I wanted to come back the next day, but the family asked me to stay. How can someone be termed ‘Naxalite” without evidence?”

This claim contradicted the claim of some of the channels that she was in the Hathras home from September 16 to 22.

The posts also claimed that the SIT investigating the Hathras case had been looking for her. But the newspaper said a senior police officer told it that SIT had been formed for a specific purpose which in this case was to investigate the role of the police in handling the case.

The newspaper said while police officers refused to comment if any probe was being conducted into the Naxal links but they confirmed that the Uttar Pradesh police was in touch with the Jabalpur police to verify Bansal’s antecedents.

On the reason for her visit, Bansal told the newspaper: “I don’t have any political affiliation .. I come from a poor family and understand how the system works to suppress the weak .. When I read about the cremation, I was shaken. No mediaperson or politician was being allowed to meet the family, so I thought maybe I’d try meeting them as a common citizen.”

She said the police had also ascertained her identity when she reached the village as also when she was leaving it.

Also read: The Many Legal Falsehoods in UP Government’s Hathras Affidavit to Supreme Court

The report also cited the victim’s family criticising the labelling of Bansal as a Naxal. It said her sister-in-law said: “There are so many people coming here after knowing what happened. That doesn’t mean they should be called names and accused of conspiring”.

`Visited Hathras family on seeing it being targeted’

Another news report said Bansal lives with her 10-year-old son and husband and it was her conscience that drove her to visit the victim’s family.

It quoted her as saying: “I was upset and disturbed following the incident and did not want a repeat of the Unnao case, where the entire family was targeted. Seeing women reporters putting up a strong fight and voicing the family’s concern, I got courage to go there.”

Bansal said on reaching Hathras on October 4 afternoon, she found that “the family was helpless” and that it did not have adequate information about the case. “When I spoke to their advocate, I realised they did not have any documents. Being an expert in forensics, I wanted to examine the autopsy report and help the aggrieved family. I started asking relevant questions and tried to get those reports. After a point, my presence began making the authorities very uncomfortable,” she added.

`Wanted to extend financial support, gave a cheque too’

Bansal said she also “wanted to extend financial support to the family and gave them a cheque”.

Asked why she stayed for three days, Bansal replied that she had booked a return ticket to Jabalpur on October 5 but the family insisted that she stay back for two more days.

On being accused by the media of posing as a relative and prompting the family to give certain statements, she told the newspaper: “I always gave my correct identity, my Aadhaar card details and even registered my mobile phone number with the policemen who took my details.”

Bansal added that when she left the victim’s house to return on October 6, she was again questioned by police personnel in the presence of the SDM. “I had to walk from the victim’s village to the main road to catch a bus. Policemen followed me and started inquiring about my activity. They took picture of me and my documents. The SDM was also present with the police. Every time I was questioned by police and local administration, I gave my identity.”

Her statements have once again brought into spotlight the efforts by a section of media and the administration to target and malign those visiting Hathras to support the victim and her family’s struggle for justice.

Meanwhile, her medical college had served her with a show-case notice for her involvement in the protests. The college dean, P.K. Kasar, was quoted as saying: “We came to know from media reports that Rajkumari Bansal participated in a protest in Hathras. According to service rules, she can’t take part in any protest as she is a government officer. The notice has been served to her and her reply has been sought within a week. Further action will be subject to her reply.”

In her response, Bansal said she did not participate in any protest. “I will reply to the notice. I am going to lodge a complaint to the cyber cell of police against those people who are circulating my videos with defamatory comments,” she added.