Women, the report has found, would be molested and threatened with rape by male personnel. 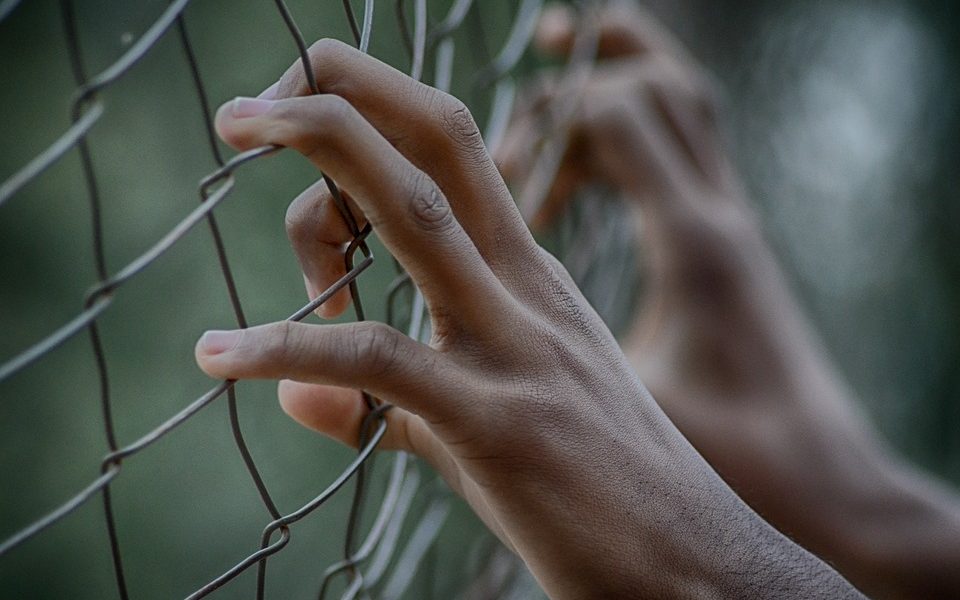 Trigger warning: The article contains graphic descriptions of physical and sexual torture which might be triggering to survivors.

Electric shocks, bricks hung from private parts, threatened with rape, sexually assaulted, hung naked, hung upside down — these are some of the methods that Haryana Police has been undertaking in dealing with prisoners, both men and women, a study has revealed.

The report, Inside Haryana Prisons, by Sabika Abbas and Madhurima Dhanuka of Commonwealth Human Rights Initiatives, was prepared following a study commissioned by the Haryana State Legal Services Authority.

It is based on interviews of 475 inmates in 19 prisons across the state. Intended to shed light on the conditions of jails in the state, it has revealed that a large number of inmates suffered shocking and inhuman cruelty in the hands of the police soon after they were arrested.

The study discovered that 227 or over 47% of all the inmates interviewed were subjected to “degrading and inhuman treatment, including torture, during police remand.”

The study was, notably, released by three Supreme Court judges, the chief minister of Haryana and the Chief Justice of the Punjab and Haryana high court in the presence of a large number of judicial, jail and police officers.

The report noted that the Criminal Investigation Agency (CIA) of Haryana Police was responsible for most of these incidents of torture. “The CIA has been infamous for using force to extract or coerce information from arrested persons or also illegally detaining people. A CIA unit is present in each district of the state,” the report said.

The study added that a book by sociologist A.R. Desai, Violation of Democratic Rights in India, pointed to how “torture has been institutionalised in Haryana in the form of CIA and that CIA men excel in interrogation and not investigation.”

The report revealed how many inmates sustained serious internal injuries because of the torture.

It cited one of them, Kumar, who was arrested earlier this year, as having said: “Beating me continuously with a baton was not enough for them (police), they tied my private parts with a rope and hung a brick from it, tugging at it.”

Kumar too was allegedly tortured by the CIA unit of the Haryana police crime branch. “He sustained serious internal injuries in his scrotum that kept him from walking properly. He underwent two surgeries while in judicial custody,” the report said.

The report also pointed to the complicity of medical professionals in this. “Kumar alleged that the jail medical officer did not record his testimony during his first medical checkup after his entry into the Hisar Central Jail I. He also alleged that despite telling the police that he was 17 years old at the time of his arrest, the police deliberately recorded his age incorrectly,” the report noted.

The report also noted that many of the methods of torture adopted by the Haryana police, such as beating the soles of the feet with a baton, water boarding, hanging upside down, rolling a baton on the thighs or giving electric shocks did not leave any visible marks on the body. This made it difficult for victims to prove their allegations and register complaints.

In the case of Jasjeet, an undertrial at the Ambala central jail, it said, during the eight days he was in police custody, he was subjected to severe forms of physical abuse, which included being given electric shocks, repeatedly being beaten with a slipper on his head, and having water forced up his nostrils.

Also read: Why ‘Deplorable’ Prison Conditions in India Are Major Hurdle to Bringing Back Mallya

A juvenile in Panipat jail, Salman, told the team that he too had water forced up his nose, and his soles were beaten with a baton. Police wanted him to confess to a crime he did not commit and when he refused, he was given electric shocks to his private parts.

Some inmates like Sumit said humiliation during torture added to the trauma. “Throughout the week that I was in police custody, I was hit repeatedly with a baton. To humiliate me further, the police immersed my face in water, and after stripping me naked, they hung me upside down”.

In what calls for even deeper investigation, many women inmates said that they had been molested by male Haryana police personnel and also threatened with rape.

The report quoted one Reema having said: “Drunk policemen touched my private parts while I lay naked on the floor of the cell. If I resisted, I was punished with severe physical torture in the form of electric shocks. My face was immersed in water and I was beaten with sticks.”

She also complained of illegal detention saying she was “kept in police custody for seven days without being produced before the magistrate” and all this while the torture at the hands of male officials continued.

Another woman, 39-year-old Zainab, also narrated a similar experience. She told the team that she was kept in police custody for 15-16 hours. “She was given rape threats and asked to remove her salwar in the presence of policemen. She is still traumatised,” the report noted.

Another inmate’s statement showed that these cases were not exceptions but probably the norm in Haryana police stations. The report said “Indu faced custodial torture for all three days she was in police custody.”

It quoted another inmate Anchal as having said: “One policeman put his foot on my thigh and threatened to strip me and said that he would put chilies in my vagina. I was beaten continuously for three days and given electric shocks. Out of fear and because I was threatened, I did not disclose my ordeal in front of the magistrate or even the doctor during the medical examination.”

And yet, the report said, “We did not find a single prison that accepted complaints from inmates about police torture after their admission.”

The CHRI, in view of these blatant cases of rights violation and torture, noted that “there is a need from the prison’s side to put in checks by working towards the detection of custodial violence and adoption of subsequent remedial measures.”

Note: All names of interviewees have been changed to protect their identities.