Mander and other rights activists had earlier said that the NCPCR’s raids were politically motivated and a part of the Centre’s witch-hunt against its critics. 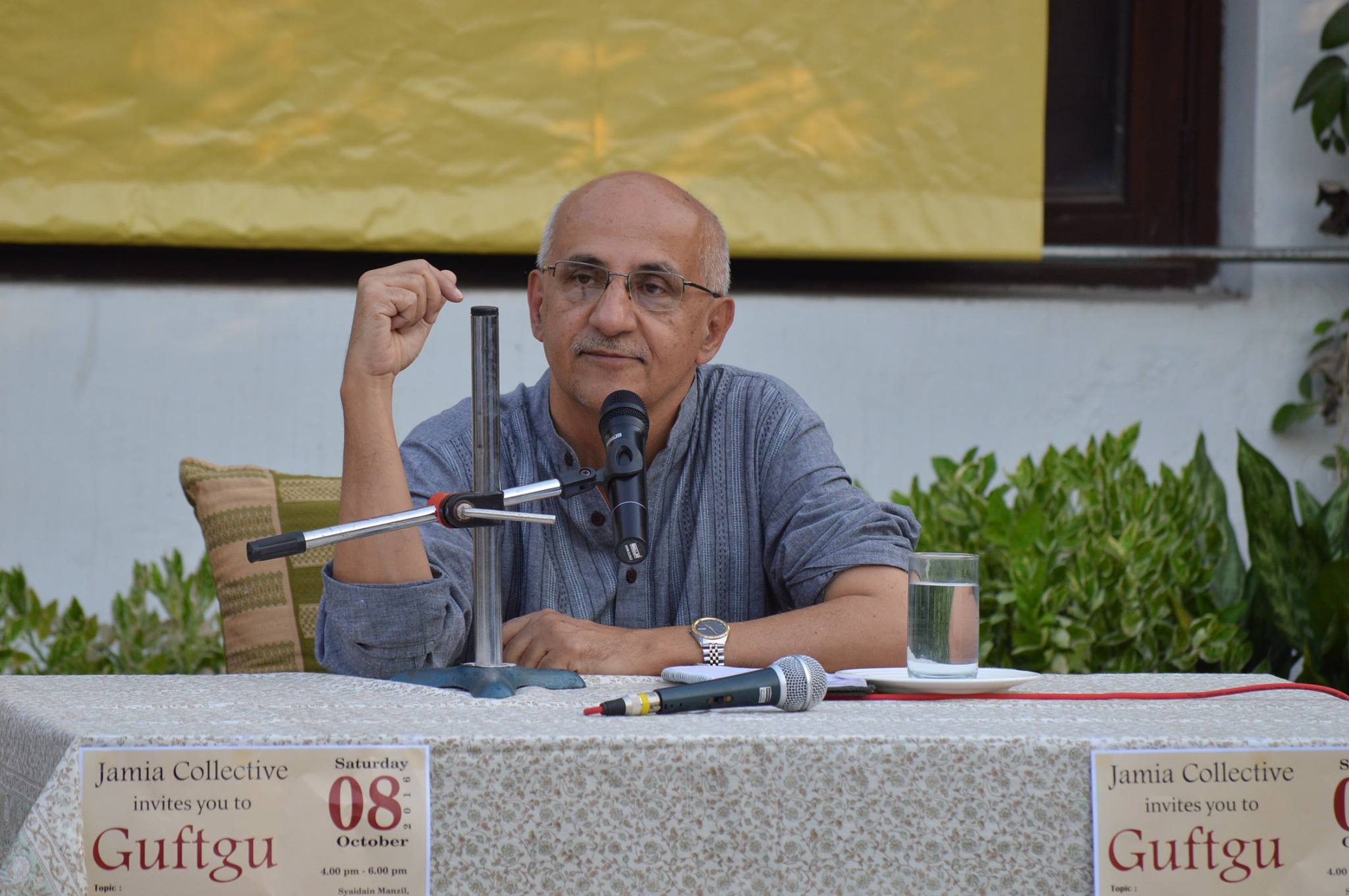 The DCPCR said that four enquiries were conducted at the homes by various statutory bodies under the Delhi government subsequent to the NCPCR’s check in October 2020. All of them found that “the NCPCR observations, except on some specific shortcomings, lack substance and merit” and “are not borne out by the evidence”. The affidavit submitted by the DCPCR as one of the respondents in the ongoing case in the Delhi high court refutes the NCPCR’s claims point by point.

The DCPCR’s observations will bolster the claim made by CES director and renowned civil liberties activist Harsh Mander, that the NCPCR’s raids were politically motivated and a part of the Centre’s witch-hunt against its critics. The inspections conducted by the NCPCR were conducted at a time when the Centre was battling massive anti-Citizenship (Amendment) Act agitations across the country. Mander was one of the foremost critics of the controversial law.

NCPCR chairperson Priyank Kanoongo and his team had conducted surprise inspections at Umeed Aman Ghar for homeless boys and Khushi Rainbow Home shelter for girls – both based south Delhi – on October 1, 2020. Following this, the apex child rights body in January 2021 reported a host of irregularities in infrastructure, funding and operating licences, all of which allegedly violated the Juvenile Justice (Care and Protection of Children) Act, 2015 (JJ Act) and its rules. It also said that COVID-19 protocol was not followed properly in the homes.

In a sensational claim, it also said that Ummed Aman Ghar may have been hiding the cases of sexual abuse in the previous years. Kanoongo, who has earned a reputation of furthering the ruling regime’s political agenda by targeting critics, went on the record to say that the children who had been given shelter at the homes were used to mobilise crowds at anti-CAA protests.

He had also claimed that Mander was directly involved in the management of the centres, while accusing the staff in the two homes of attempting to “derail” the enquiry process by saying that Mander had only helped establish the homes in the past. Mander in a statement had earlier said that although he helped establish the homes, like many others, he was no longer formally associated with them.

An FIR based on the NCPCR’s report was subsequently registered by the Delhi police against the two homes in February 2021. The Delhi high court is currently adjudicating the matter, in which the DCPCR has also been made a respondent.

It quotes the existing rules of the JJ Act to say that in cases where authorities fail to complete the renewal process on time, the application documents will be considered as a provisional registration for a period of six months. It added that the JJ Act rules are “silent” for cases in which the application is not processed even after six months, which was the case for Umeed Aman Ghar.

“Six months of provisional registration ended on 09.01.2021. However, the State Government did not decide the question of renewal of registration till then. It neither rejected nor renewed the registration based on the application for renewal. The law is silent on the status of the CCIs post the six months’ period,” the affidavit said.

More importantly, the affidavit said that the DIC conducted two enquiries, one of which was done merely five days after NCPCR’s inspection, and recommended “renewal” of the centre, while observing that the home fulfilled most of the requirements of the JJ Act even as it noted a few shortcomings. The DIC reported that the home is “well-maintained” and had adequate staff including cooks, caretakers, security guards, a counsellor and paramedics to take care of the 128 children housed in the Umeed Aman Ghar.

It also said that the children were given “periodic training on the JJ Act and POCSO Act” and were well aware of “safe and unsafe touch”. It added that the centre focused on “education, healthy and overall development”.

“Children looked happy and well aware of their goals. They are courageous and have no inhibition in interacting with the team members,” the DIC noted. However, it concurred with the NCPCR that dormitories, porta cabins and walls had to be renovated, and physical distancing norms during the pandemic needed to be followed more diligently.

The DCPCR said that even the CWC in its enquiry agreed with the NCPCR only on two points – “the non-maintenance of the personal belonging register and need of renovation of building walls and porta cabins” – in its largely positive report on the centre.

“The Bench observed that the CCI (Child Care Institution) is adhering to most of the norms of the Juvenile Justice Act, 2015 and Rules 2016.The children are found to be happy in the CCI and doing good progress in terms of their health and education. The children have shared that they live as a family and want to stay together….,” the CWC said in its report.

The DCPCR said that contrary to NCPCR chief Kanoongo’s claim that some sexual abuse cases were buried by the centre, the centre was in fact forthcoming in addressing the concerns.

It quotes the CWC report to say that the centre registered an FIR in one such incident in November 2012. “The matter was heard by the Hon’ble High Court of Delhi and the orders passed by the Delhi High Court in favour of the 3 children, who were the victims of sexual abuse in question here, were placed back under the care of the CCI, Umeed Aman Ghar for boys,” the CWC report quoted in the affidavit said.

Two other such incidents were also reported in 2013 and 2016, both of which have been registered by the Delhi police on the complaint of the officials of Umeed Aman Ghar.

The third enquiry committee by the SIC, comprising the head of the department of WCD, the chairperson of the DCPCR, an external expert (Bharti Ali, founder and executive director, Haq: Centre for Child Rights) and the chairperson of the CWC too said that the centre was found to be giving a largely enabling and safe environment to the children.

The DCPCR’s affidavit is particularly critical of the NCPCR for claiming funding irregularities at the centre, as much as its objection to foreign nationals’ visits to the home.

On the NCPCR’s insinuation that the centre had multiple sources of funding and this was “in itself wrong or offence”, the DCPCR said, “Clearly, NCPCR does not understand how NGOs fund themselves, and rarely does any NGO have a single source of funding for their operations.”

“…whether Income Tax returns have been filed or not is not up for probe by the NCPCR. No National/State Commission for Protection of Child Rights should get into business that is not it’s,” the DCPCR said.

Mander, in a statement soon after the NCPCR’s raids, had already said that while Umeed Aman Ghar was entirely funded by Indian donors, Khushi Rainbow Home “has some foreign donors as well”.

As far as the NCPCR’s doubts regarding visits by foreign nationals goes, the affidavit said that such visits only “adds to the exposure and richness of the  experience of the children in the CCI as they are exposed to people of different nationalities, thoughts, cultures, ethnicities, priorities and political beliefs”, and such exchanges were healthy.

Is participation of children in protests illegal, as claimed by the NCPCR?

The DCPCR  takes on the NCPCR’s observation that the participation of the children in anti-CAA protests violated sections of JJ Act. It said that the provisions of the Act were “unclear” on “how protesting against the government’s policy decision and holding poor and even incorrect opinions about the Government can be termed as illegal”.

“Any conclusion in that direction is the death knell of democracy,” the DCPCR said in the affidavit, while showing concern for “such reckless observations and conclusions drawn by NCPCR”.

“All citizens including children are well within their right to know, discuss, debate on any issue facing India and form their own conclusions. The fear expressed by the NCPCR is rooted in the belief that children are stupid, have no agency and cannot think at all. DCPCR vehemently opposes such a belief and expects greater dignity be accorded to children,” it said.

“DCPCR submits for the kind consideration of the Hon’ble Court that such over-breach of power by NCPCR be explicitly called out and restrictions be imposed on Commissions not to delve into matters not in the jurisdictions of the National/State Commission for Protection of Child Rights,” it continued.

Further, while requesting the high court to renew the centre’s registration, the DCPCR said that by conducting a sudden check at the home, the NCPCR breached its “jurisdiction and authority” as the raid was “outside its purview” legally.

The DCPCR’s detailed affidavit will reinforce the widespread perception that the ruling regime may have been using statutory institutions to advance its political agenda, and even the apex body to protect children’s rights appears to be caught in the web.

When contacted by The Wire, the DCPCR refused to comment further and said all details have been presented in the affidavit.