We are okay with horrific videos of mob violence, lynchings being freely available, but somehow, a sanitary napkin hurts our sentiments. 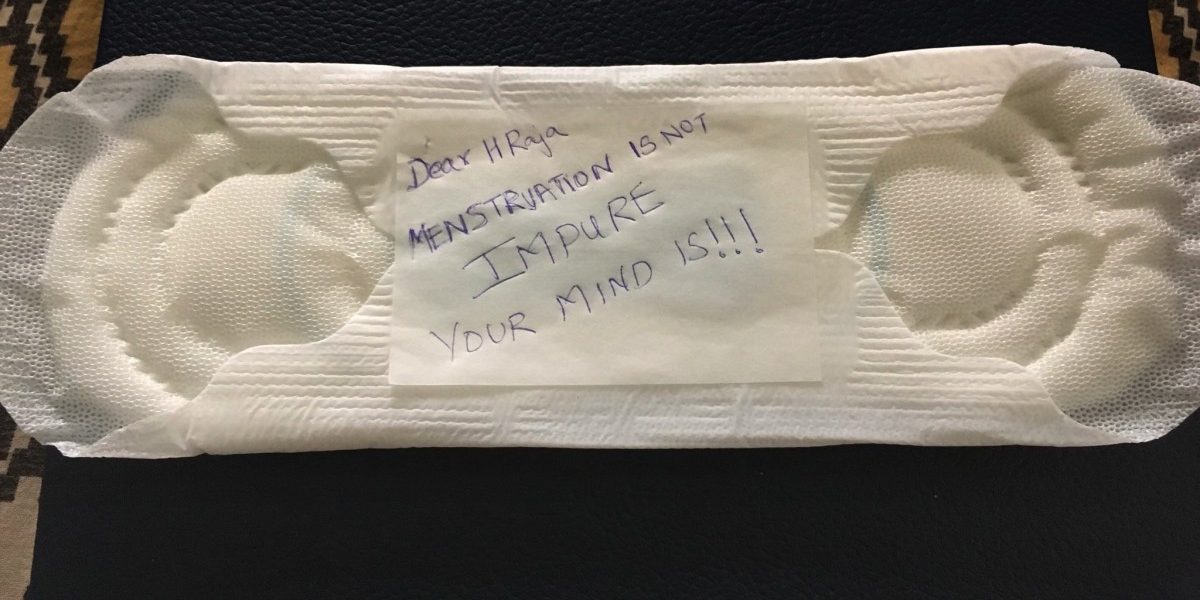 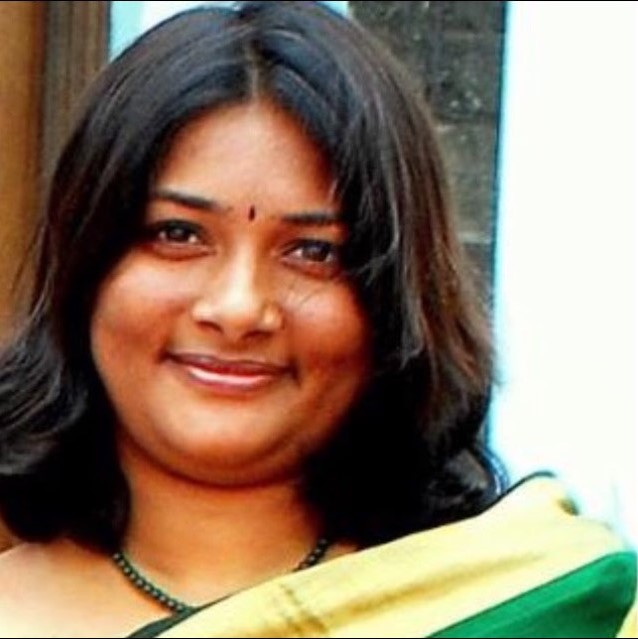 It all started with S. Gurumurthy’s  tweet suggesting that the Kerala floods might have something to do with the recent Supreme Court judgment on allowing women into Sabarimala.

Supreme court judges may like to see if there is any connection between the case and what is happening in Sabarimala. Even if there is one in a million chance of a link people would not like the case decided against Ayyappan. https://t.co/0k1818QZGU

Sadly, Gurumurthy was not the first person to suggest that. Ever since floods began to ravage Kerala, many Hindutva supporters cruelly construed it as a sort of punishment from Sabarimala. Following this, I did a thread on women who risked laws and social stigma to come out in favour of equality and civil rights to counter them. However, Its reach was limited to audience who were interested to know history as it was.

When Tamil poet Manushyaputhiran responded with a poem on the ‘power of menstrual blood that could create apocalypse’, BJP’s national secretary from Tamil Nadu H. Raja jumped the gun. Not the first time either for Raja. He is known to shoot his mouth against people who hold views that are not agreeable to him. When he doesn’t have an answer, he calls anyone raising a question an ‘anti-national’. Raja declared that Manushyaputhiran was insulting the Hindu gods and should be arrested. This isn’t the first or will be the last one either.

I am a Hindu, raised in a religious family, but was never taught that menstruation is impurity. To us women, at least a section of us, it was insulting – that talking about menstruation translates to insulting Hindu Gods. We thought there could be no better time than now to counter such vicious views and bust some myths. After a brief discussion, we concluded that this should be the hashtag of our campaign: #AllWomenBleed.

It’s natural. @HRajaBJP, Unlike you, we think straight even when we PMS. Learn from us how we handle it with grace. #AllWomenBleed #ArrestHRaja pic.twitter.com/ToeuKsV5MO

We do, so why should there be shame or taboo associated with it? It is a regressive and patriarchal mindset we have been accustomed to where sanitary napkins are still wrapped in newspapers or thick, opaque, black plastic covers. What are we trying to hide? We are okay with horrific videos of mob violence, lynchings being freely available, but somehow, a sanitary napkin hurts our sentiments.

We are a country where most women have no or limited access to menstrual hygiene, and yet sanitary napkins advertisements have to use blue ink to represent blood. It is 2018 and it is time for women to take control and disassociate ourselves from this artificial bubble of shame.

According to a survey in February 2018, It has been revealed that about 43% of Indian women do not have access to sanitary essentials at the beginning of periods, while 36% felt uncomfortable in buying them with other customers around. According to a National Family Health Survey (NFHS) 2015-16, about 57.6% of the Indian women use sanitary napkins and 62% women in the age group of 15-24 years still rely on a cloth during periods.

I was discussing with a few friends about how sick I was of the communalisation of everything. Menstruation is not kind to women of any religion – we face a host of issues which ‘need to stay confined’ to our women circles if we do need to talk about it. The hashtag #AllWomenBleed was an attempt to reclaim women’s space and discard the impurity associated with menstruation. This is not about religion, itnever was. We started off as three women who were sick of the impurity tag, so we tried to connect with a few more known voices, who are passionate about women issues, some agreed, others flatly refused. I understand why some women would want to refuse; it is not easy to stand up for something on social media, given the amount of hate, trolling and threat it generates especially towards women.

Hey @HRajaBJP, you can’t shut us down with impurity. It is just blood. Deal with it.#AllWomenBleed#ArrestHRaja pic.twitter.com/DW4P6TzRh2

I was very insistent that I would use a sanitary napkin in my message because it is not evil or disgusting, but an essential need for us women. And fortunately for me, more followed. Some even used photos of menstrual cups with their tweets. No menstrual hygiene product is taboo. We wanted to make that point.

Initially, our idea was to courier a packet of sanitary napkins to Raja’s office with transparent packaging and with the message: ‘No it is not scary, it is natural, it doesn’t bite”. But considering the shortage of sanitary napkins with the current flooding scenario in Kodagu and Kerala, we decided to make it an online campaign instead. The support we have received so far shows that we are ready to talk, and that we will continue to talk.

Interestingly I happened to received more support from men than from women. That some people have been trying to fathom my religion over this and giving me hate does not bother me. I don’t understand why I should be labelled as a Christian or why other religions have to be insulted for what I tweeted. Some of the hate received really puzzles me. Religious bigotry and patriarchy are two nerves I touched and am being trolled relentlessly for it. But my father always taught me never to be afraid of speaking the truth and I will continue to speak it.

My religion is that I am a woman and I bleed and am not ashamed of it.

Prabha Raj is an intersectional feminist who is strongly opinionated. A start-up enthusiast with a passion for social justice, she believes that love can conquer hate, one heart at a time and tweets as @deepsealioness.