Relief efforts show what social solidarity in difficult times can look like, but they also starkly highlight the magnitude of hunger and destitution in the absence of state intervention. 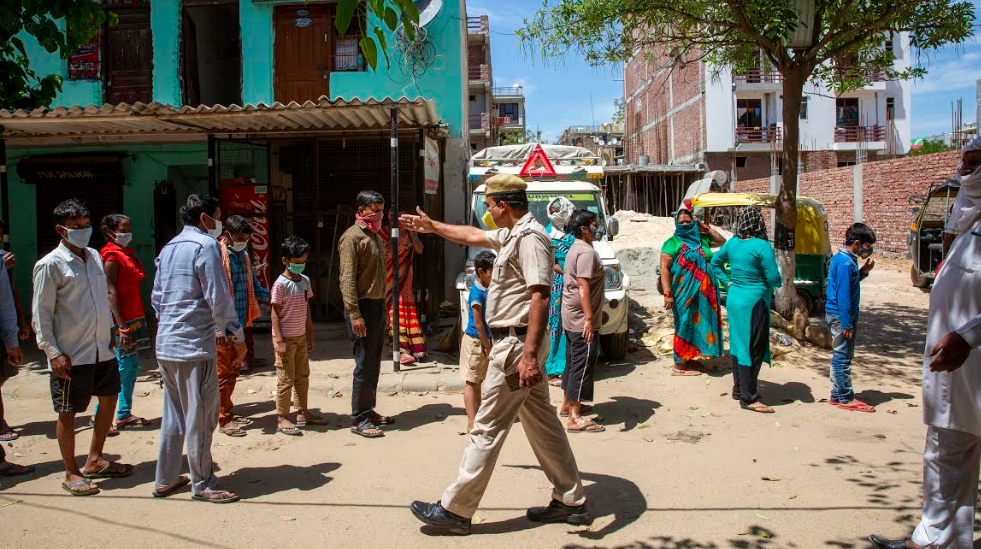 Long lines for rations and cooked food have been an enduring image of the lockdown in Gurgaon’s working-class clusters. Photo: Ishan Tankha 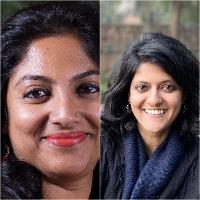 On May 2, Haryana chief minister Manohar Lal Khattar addressed migrant workers in the state for the first time since the lockdown was imposed on March 24 and appealed to them to return to work instead of going home. He assured the migrants that their livelihoods were secure and that their needs would be taken care of.

Both his appeal and assurance ring completely hollow. The fact is that for 40 days, the spiralling migrant workers’ distress in the many industrial pockets of the state has been callously ignored by the Haryana administration. The plight of migrant labour in high visibility metropolitan areas like Gurugram has exposed the sheer incapacity and unwillingness of the state government to respond with urgency to address the concerns that are so critical to fuelling its economic growth.

The current crisis has not only highlighted the large numbers of those who live a hand-to-mouth existence in Gurugram; it has shown how little a state like Haryana that benefits from their labour has to offer in terms of  basic humanitarian assistance, let alone social security, during an emergency situation such as caused by the pandemic-induced lockdown.

This is borne out by a report released recently by the Gurgaon Nagrik Ekta Manch (GNEM), a civil society group in the city. 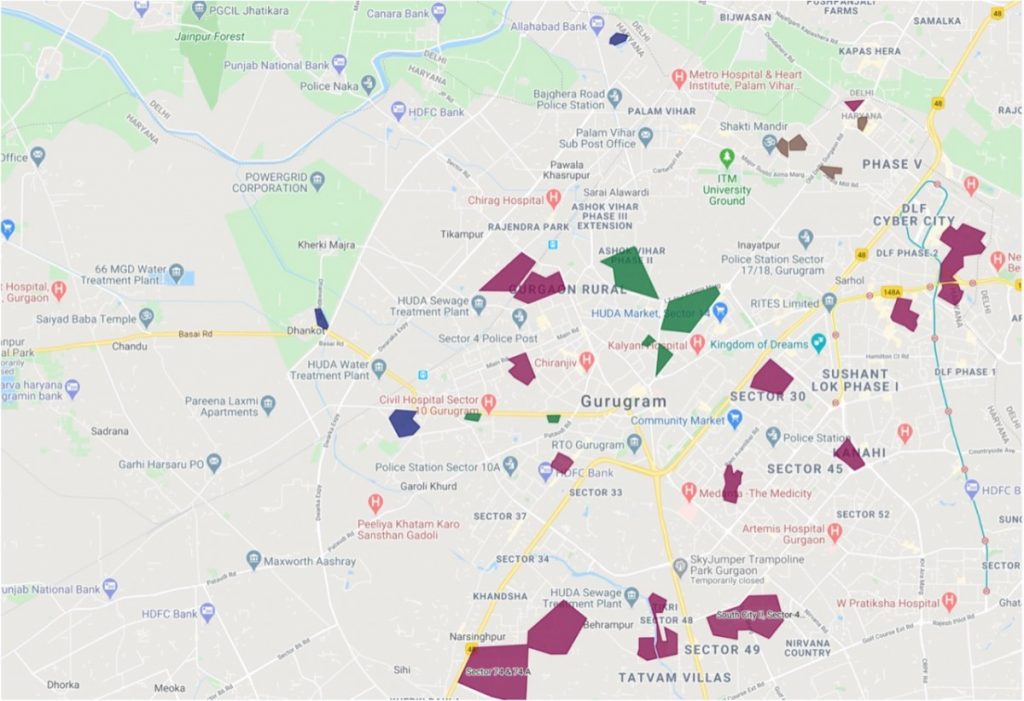 Drawing on their own database of the number of SOS calls and food deliveries made, GNEM’s report shows that despite delivering roughly 300 ration kits and 25,000 meals a day throughout April, they were able to meet only 74% of the demand logged by the group’s verification team, which follows up on every received distress call. These numbers represent only a fraction of distress amongst migrants in Gurugram that do not benefit from the already thin PDS coverage in the district.

Moreover, the demand spiked by over seven times post-April 15, when the second phase of the lockdown began, with savings and lines of credit drying up. Households with critically ill members, women-headed households and persons with disabilities have been pushed deeper into distress and poverty.

Anita, a young girl from the industrial pocket of Dundahera urban village told the GNEM verification team: “I am worried about papa’s dialysis. We have no money now, and our food rations are also almost over.” Anita’s father died on day 35 of the lockdown.

The distress calls logged by the GNEM team as well as similar civil society groups across the city, reveal a pattern of concentrated distress in certain parts, which include clusters around industrial pockets like Dundahera, Sarhaul, Manesar, Dharuhera, Khandsa, Laxman Vihar, Nathupur and Naharpur where migrants live in congested rental tenements. 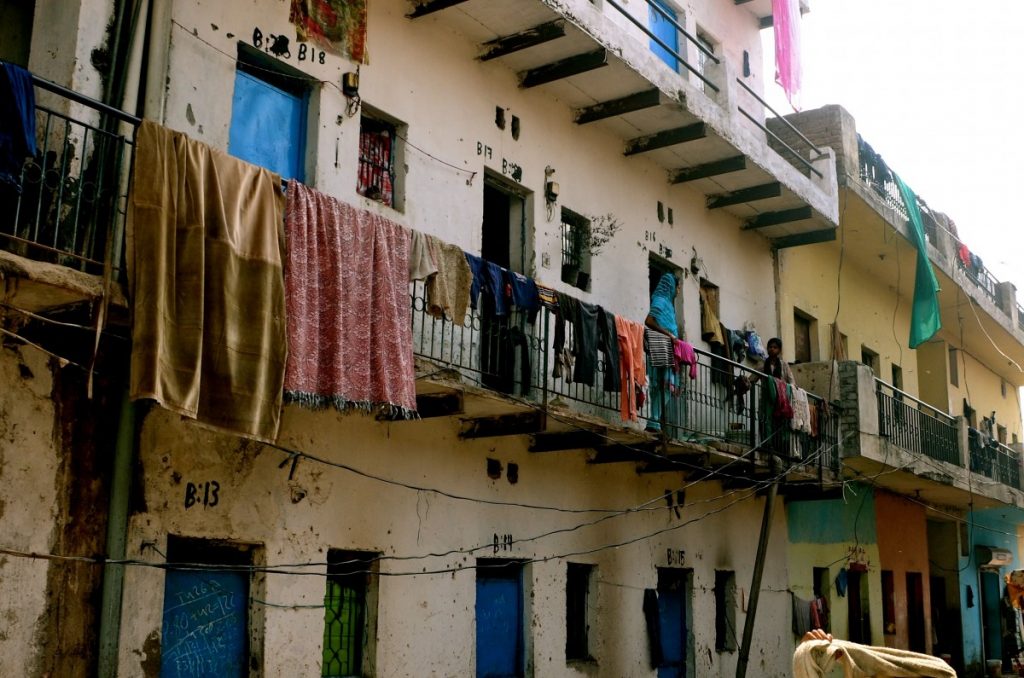 Nathupur, one of the hunger hotspots, is an urban village with a concentration of tenements where migrant workers live. Photo: Mukta Naik

Even as coronavirus hotspots are meticulously identified and containment zones established, these ‘hunger hotspots’ get no mention in official announcements.

Had the administration targeted these hotspots for relief, leaving civil society to fill the gaps elsewhere in the city, the crisis of mass hunger could have been averted more efficiently, states the GNEM report.

The rapidly scaling relief efforts of civil society organisations and contributions by corporates and Gurgaon-based restaurants show what social solidarity and responsible business in difficult times can look like, but they also starkly highlight the magnitude of the crisis of hunger and destitution in Gurugram in the absence of state intervention.

A portal publicised by the Municipal Corporation of Gurugram shows that a total of 51.5 lakh meals have been distributed, but these do not represent the government’s own efforts; they are simply the aggregated numbers reported by various groups engaged in relief efforts across the city.

While comparatively poorer states such as Rajasthan, Madhya Pradesh and Jharkhand issued orders to expand the PDS coverage to non-ration card holders in the first week of the lockdown itself, the Haryana government only took cognisance of hunger distress amongst the working poor as late as April 14 when an order to distribute distress ration coupons to “needy families” was issued.

The lockdown-induced crisis has revealed a counter-intuitive scenario where poorer states are doing more than richer states which have much deeper pockets.

A fortnight later, the GNEM report notes, there is mounting disillusionment and frustration with the Haryana government scheme. Sajid, a migrant worker from Bihar living in Sarhol, one of the hunger hotspots, says, “I have filled at least 20 different forms in the last month, but not received any help. What is the point of getting rations when we may not even survive”.

Civil society food relief teams working in the hunger hotspots report that very few forms have indeed been filled and coupons have not been received by those who have submitted forms. Many questions remain unanswered about the process: which are the “appropriate agencies” that will verify applicants and when will the delivery happen?

Having just entered the third phase of the lockdown, Gurugram city finds itself at a crossroads familiar to many industrial and employment hubs in the country where migrants are making  desperate  efforts  to return home just as the city’s economy is starting up again.

Gurugram has a slim window to move beyond spontaneous solidarity and demonstrate real empathy by creating effective safety nets to help the migrant workers survive as they slowly regain income. This is where the state government needs to step in and work with civil society and private actors to build an accountable, transparent system to distribute distress rations instead of abdicating its own responsibility.

Haryana CM Khattar should know that Gurugram, which is equipped with the formidable technological prowess of its multinational companies and a deeply embedded and dedicated civil society network, is well-positioned to innovate an efficient distribution system for emergency rations and give migrants a foothold for economic mobility.

Immediate steps to do so could include registration for non-ration-card holders via a quickly constructed portal to submit forms, receive acknowledgements and track applications. Frontline functionaries and call centres need to support migrant workers in this. The verification process must be kept simple and transparent within minimal conditions.

Delivery of rations must be decentralised, comprising door-to-door deliveries through frontline staff (could be dovetailed with existing civil society groups’ efforts). The government should use existing citizen service delivery platforms such as SARAL to receive requests and complaints, coordinate relief efforts and manage grievance redressal.

The CM’s office should be the one to champion this effort and ensure that Gurugram becomes synonymous with one of India’s Covid response best practices for PDS delivery for migrant workers.

Mukta Naik is fellow at the Centre for Policy Research, New Delhi and Anindita Adhikari is a PhD Candidate at Brown University.