While BJP’s Goa unit general secretary G. Naik admits that the villagers of Melauli deserve compensation for keeping their lands fertile for generations, he also believes that education infrastructure is necessary for the state. 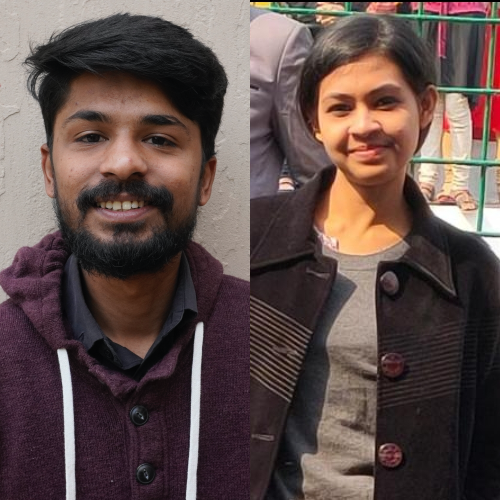 In Melauli village, Goa, two types of infrastructures are currently fighting for space. The fertile lands in and around Melauli, a natural endowment of the state, has long been used by the villagers to cultivate and earn a living from cashews. The Goa cabinet in July cleared a proposal to allocate 10 lakh square metres of this land for the Indian Institute of Technology (IIT) Goa campus in the Sattari sub district’s Guleli panchayat, North Goa.

Ever since then, the villagers of Melauli have been protesting the decision to shift their community elsewhere.

The case for the construction of the IIT is strong. One of the country’s premier institutes of higher learning, its presence in Goa is vital for the state’s education infrastructure. As of now, according to Mohammad Shakeel, the registrar in charge of IIT Goa, the IIT functions from a space provided by the Goa engineering college, but given its status in the nation’s education hierarchy and the fact that it is often visited by researchers and eminent people from around the world, it urgently requires a campus of its own.

For the villagers, the case for leaving Melauli untouched is just as strong. This small village of 350 households has farmed cashews on this land for generations, according to Shubham Shivolkar, one of the Melauli villagers and the co-convener of the Melauli Panchakroshi Gram Bachao Andolan. The villagers held protests earlier this month.

Shivolkar points out that if his community were to be shifted, it would take them about 35 to 40 years to make their new site as productive as this one, where the infrastructure is already in place.

“My family has been farming cashews for more than 80 years,” said Shivolkar. “Even before liberation, we were here. Our ancestors were also involved in the liberation movement, fighting the Portuguese for freedom.”

Shashikant Savardekar, another villager from Melauli, said during his protest, “After months of lockdown, we read in the paper that our land has been handed over for the IIT project.” He also mentioned that of the 350 odd households that occupy the small village of Melauli, around 85% of the people are involved in cashew farming.

So far, the villagers of Melauli have not received much public sympathy. After a recent visit to the project site where he confronted the protests by the residents, Pramod Sawant, Goa’s chief minister, remarked that he had “full knowledge of what a village is and the lives and problems of the villagers” and said he remained firm in his decision to have the IIT campus constructed here. Goa CM Pramod Sawant at the village to discuss the construction of the IIT campus. Photo: Twitter/@DrPramodPSawant

The site of the future IIT campus in Goa has already been changed twice due to local protests, Sawant said. He added: “Around 500 to 1,000 people will get jobs and the next two generations will benefit. The development of the village means development for the villagers.”

While Damodar (Damu) G. Naik, general secretary of the BJP’s Goa unit and a former MLA of the state, admits that the villagers of Melauli deserve compensation for making and keeping their lands fertile for generations, he also believes that education infrastructure is necessary for Goa and the nation.

“Cashew farming doesn’t require a proper forest; like coconut trees, cashew trees can be planted anywhere,” said Naik. “Somebody has taken the initiative to make the land fertile for these long years and for that they deserve compensation, but quality education is also necessary for our nation. Accordingly, someone has to make a sacrifice.”

The Western Ghats, which stretches to areas that are included in the proposed site of the IIT campus, is a natural biosphere containing a very dense forest cover and many indigenous and often endangered species of fauna. Vast stretches of this forest cover may have to be levelled in order to clear adequate space for the construction of the campus. Residents like Mr Savardekar oppose this move, as do farmers.

Shubham Shivolkar adds another concern of the villagers that “if the IIT were to be constructed, the sewage of the thousands of people who live here will start getting mixed with the aquifer or the groundwater and those who are dependent on that source of water will inevitably suffer.”

Shobhavati Melekar, who was protesting against the IIT plan, said, “This is our forefathers’ land, if we give this away, what are we supposed to do?”

But Naik, like Sawant, remains unmoved. “On private lands, you can raise objections, but the farmers are cultivating government land and cashing in on it,” he told The Wire. “Now they are fighting as though the ownership is theirs.” Goa CM Pramod Sawant spoke with villagers at the Shel-Melauli village regarding their grievances about the IIT Goa Campus, in October 2020. Photo: Twitter/@DrPramodPSawant

Some concessions may be made during construction. According to Naik, areas of dense forest or cultivation may be excluded from levelling. This happened earlier too: the plan had been tweaked to exclude 45,000 square metres of land containing ancient temples after protests from villagers.

“The residents wish to preserve the land while intellectual people want the IIT. Both parties need to reconcile,” said Naik. “The advantages to the people of Goa have to be prioritised and efforts need to be put into vertical rather than horizontal expansion in the project by use of relevant technology.”

With an area of a little over 1,400 square miles, Goa is presently attempting to accommodate multiple and simultaneous ground-breaking infrastructure projects. Thus, all over the state, there is friction between those with interests in economic restructuring and those with a tendency to conserve the state’s natural endowments.