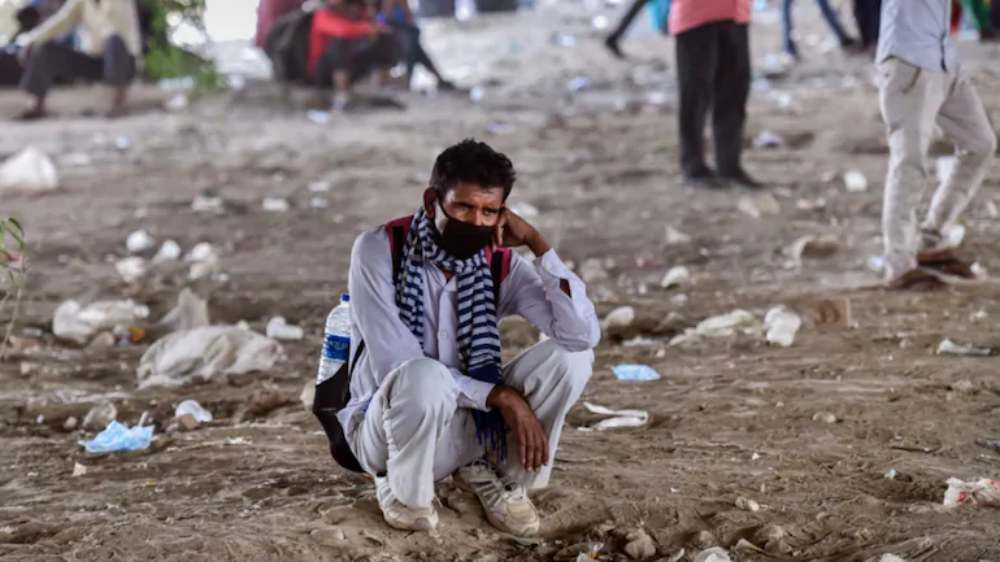 Amartya Sen once told Mahbub-ul-Haq, with whom he developed the Human Development Index (HDI), that he can “do a single, one-number indicator, but it will be vulgar”.

Mahbub ul-Haq replied: “Do an indicator that is just as vulgar as the GNP, but which will tell you more about quality of life than the GNP.” Sen also warned that we must not take it to be more important than that. Similar arguments apply to the Global Hunger Index (GHI).

In India, the release of the GHI rankings provide a useful opportunity to draw public attention to the struggle of many for the basic right to food.

The GHI score is the average of a country’s score on four indicators of equal weight: insufficient calorie intake, wasting (weight-for-height), stunting (height-for-age) and child mortality. For stunting and wasting, it uses the latest year for which data is available in the 2016-2020 period, as these are not annual surveys. For India, it relies on National Family Health Survey (NFHS) 4 data from 2015-16. Though NFHS-5 was conducted in 2019-20, data for only Phase 1 states was released in December 2020. For the rest, the results are awaited.

Measuring hunger is not trivial: some Indian surveys ask questions about whether people are compelled to “sleep hungry” or to “skip meals” or whether they are “eating less”. The GHI’s attempt to broaden the idea of hunger to nutrition outcomes is welcome, yet the components of the index are debatable.

Other limitations of the GHI have been highlighted, too: the use of FAO data to determine what proportion of the population has insufficient calorie intake involves too many unrealistic assumptions. This year, somewhat unusually, the focus has been on the methodology. The Ministry of Women and Child Development issued a statement challenging it.

The government’s claims that the GHI report is “devoid of ground reality and facts” is shot through with inconsistencies. Early on, it states: “The scientific measurement of undernourishment would require measurement of weight and height, whereas the methodology involved here is based on a Gallup poll based on a pure telephonic estimate of the population.”

The first half of the statement is valid ― chronic and acute hunger manifest themselves in stunting and wasting, which are based on height and weight ― but the second half is not. This is evident from the last sentence of the same statement: “Position on two indicators, ie, child wasting and child stunting, has remained unchanged in 2021 compared with 2020.”

Should we be worried about India’s low rank of 101 out of 116 countries? Perhaps that is best answered by looking at those just above and below us: violence-stricken Afghanistan is two ranks behind us. North Korea (not a democracy) is ranked above us at 96. On wasting, India has the worst ranking worldwide this year. Most importantly, if one looks only at stunting (widely accepted as the most robust indicator of undernutrition), India has a similarly low rank.

Given the chronic neglect of hunger, nutrition and health in India, the low rank is not a mystery. It reflects low budgets for child nutrition programmes that have experienced cuts since 2014, including during the pandemic.

COVID-19 has worsened nutrition outcomes by disrupting crucial social support. This is evident in the closure of anganwadis since the first lockdown (reopening briefly in a few states between the first and second waves), resulting in important time-sensitive health and nutrition interventions being discontinued. In many states, anganwadis provide eggs to children under six. Eggs are a nutrient-dense superfood which unfortunately remains a luxury for most Indian children. These closures also disrupted immunisation, antenatal care (ANC) and access to health care. Dreze and Paikra found that during the first lockdown, there was a crash in the availability of these services compared to an earlier (baseline) period. Child immunisation was at 65-74%, registration of ANC down to 78-80% and institutional deliveries at 71-78%.

Nutrition outcomes are overwhelmingly determined by the first 1,000 days of a child’s life, including the time in utero. Therefore, reaching pregnant and lactating women and children under the age of six years is crucial.

Fortunately, the Indian state has a welfare delivery architecture for child nutrition in the form of anganwadis/ICDS and school meals for children that reach approximately 20 crore children and the Public Distribution System (PDS), which reaches 80 crore. Instead of utilising them to the fullest during the pandemic, schools and anganwadis have mostly remained shut.

Straightforward options such as expanding the PDS (population covered and basket of food items supplied), improving the quality of food at schools and anganwadis, universalising and simplifying the process for maternity entitlements through the Pradhan Mantri Matru Vandana Yojana are there for the taking. It is not clear what the government is waiting for.

Reetika Khera is Associate Professor of Economics at IIT Delhi.