Freedom Under Fire: Who Watches the Watchmen; India's Growing Intolerance 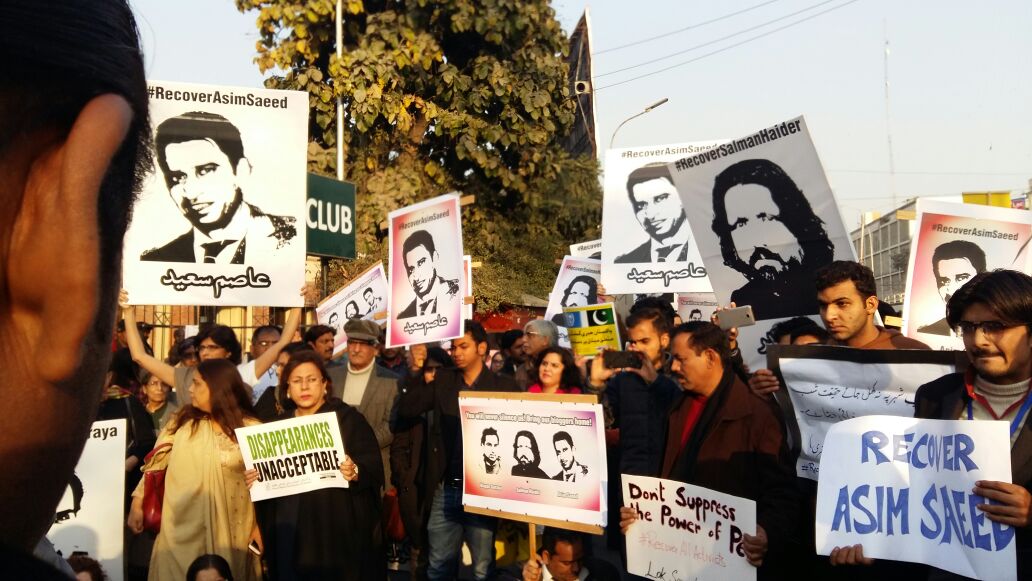 Citizens and activists protest in Pakistan over the disappearance of at least five human rights activists in the past week. Credit: Twitter

‘Who watches the watchmen?’

India is no stranger when it comes to silencing voices that talk about uncomfortable things. We have been witnessing a growing trend where activists are targeted for looking out for the rights of others. In Bastar, as the gross human rights violations and atrocities committed by the Chhattisgarh police are revealed, more and more human rights activists find themselves charged under various sections of the IPC or the Criminal Procedure Code. Only on January 8, the Washington Post reported that the National Human Rights Commission found the Bastar police guilty of raping at least 16 women.

Across the border, Pakistan witnessed a spate of protests on January 10, after four human rights activists went missing. The protestors, agitating in Lahore, Islamabad and Karachi demanded that the government take active measures to ensure that the activists were found and Human Rights Watch also urged the Pakistani government to investigate the disappearances. According to Pakistani daily Dawn, the disappearances have raised suspicions of government involvement, with left-leaning liberals wondering if security agencies or militants were responsible for the abductions. No organisation has claimed responsibility for these disappearances, even as a fifth activist reportedly disappeared on Wednesday, January 11.

Salman Haider, a poet and academic, Samar Abbas, president of the Civil Progressive Alliance of Pakistan, and activists Waqas Goraya, Aasim Saeed and Ahmad Raza Naseer went missing from various cities between January 4 and January 7. Prior to the protest, a social media campaign, #RecoverAllActivists, had been launched to garner support.

Pakistan has had a history of making inconvenient voices disappear. In August 2016, a young journalist, Zeenat Shahzadi was abducted by a group of armed gunmen. Human Rights Watch claims that between 2009 and 2015, the bodies of 4,557 suspected victims of enforced disappearances have been recovered.

Enforced disappearances are clearly a global phenomenon. In November 2016, Chinese lawyer and activist, Jiang Tianyong, went missing after he tried to investigate the detention of his colleague. According to the BBC, human rights activists fear that he may have been detained.

While using the state machinery to curb dissent is a common phenomenon, a January 12 report on Al Jazeera seems to suggest that international legal machinery is being used as well. Benny Wenda found out the hard way that he was the subject of an Interpol wanted notice. Wenda, who campaigns for West Papua’s independence from Indonesia, googled himself one day to discover that he was on Interpol’s red notice list. Human rights groups have suggested, as per the report, that some countries are given to using the Interpol to frame political dissidents and opponents by putting them on the wanted list. Furthermore, Interpol is not required to make these lists public, making the misuse of the organisation even more dangerous in addition to violating the Interpol’s requirement of being politically neutral.

For two months, the Thulukanthamman temple in Hariharapakkam village, Tamil Nadu, had remained closed. But on January 11, when it opened its doors once again, it did so for Dalits as well, breaking a centuries-old tradition. The New Indian Express reported that the decision was taken at a gram sabha meeting where more than 400 caste Hindus agreed to unanimously allow everyone to enter the temple, irrespective of caste or creed. It had remained closed in the first place because in August 2016, some Dalits wanted to enter the temple and participate in a festival – which some caste Hindus opposed vehemently. Then in October, nearly 200 Dalits were allowed into the temple to worship by a sub-collector which outraged various caste outfits and sparked protests. 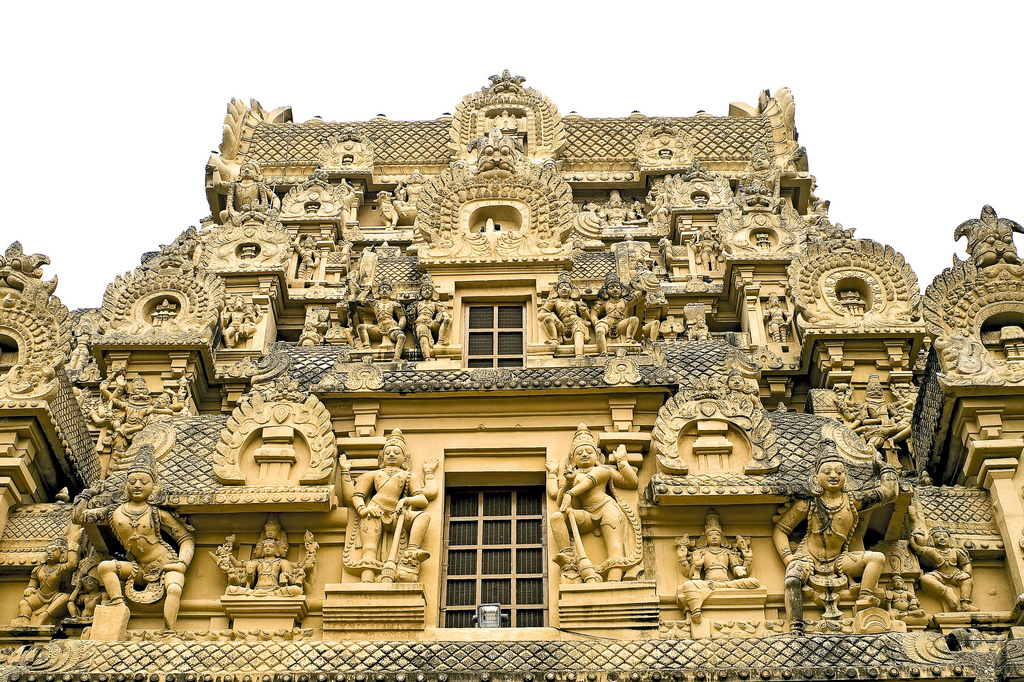 Temples in India have had a long tradition of discrimination that restricts Dalit entry into them. Image for representation only. Credit: Hafiz Issadeen/Flickr CC BY-ND 2.0

As a consequence of the unrest, the district administration decided to close down the temple. The report says that the district collector, Prashant M. Wadnere, remained firm about his decision to keep the temple closed for all if it couldn’t be open for all,  despite several pleas to reopen the temple.

Although the villagers eventually accepted the decision to allow Dalits into the temple, one Dalit student in the area told the New Indian Express that the temple will need additional security for three months and that discrimination continues – they are not allowed to share autorickshaws or buy groceries from caste Hindu shops.

Human Rights Watch released its World Report 2017 on January 12, which recounts and assesses the events of 2016. The report points out India’s growing intolerance. The report begins with a grim summary of the various rights violations that India had suffered in the past year.

Limits on free speech and attacks on religious minorities, often led by vigilante groups that claim to be supporters of the ruling Bharatiya Janata Party (BJP), are an increasing concern in India. In 2016, students were accused of sedition for expressing their views; people who raised concerns over challenges to civil liberties were deemed anti-Indian; Dalits and Muslims were attacked on suspicion they had killed, stolen, or sold cows for beef; and nongovernmental organisations (NGOs) came under pressure due to India’s restrictive foreign funding regulations.

A crackdown on violent protests in Jammu and Kashmir beginning in July killed over 90 people and injured hundreds, fuelling further discontent against government forces. Impunity for police and security forces largely continued amid new allegations of torture and extrajudicial killings, including reports of sexual assault and other abuses by security forces in the central Indian state of Chhattisgarh.

Using various parameters such as the treatment of minorities, disability rights, gender rights, freedom of expression, the organisation makes a qualitative assessment of the overall rights situation in a country over a year. An accompanying article titled ‘India: Growing Restrictions on Association, Speech’, raises concern over the government cancelling foreign funding licenses of NGOs such as the Navsarjan Trust, and the persecution of Teesta Setalvad and her organisation. According to the report, more than 25 organisations have had their licenses cancelled, despite the UN appealing to the government to scrap the FCRA. 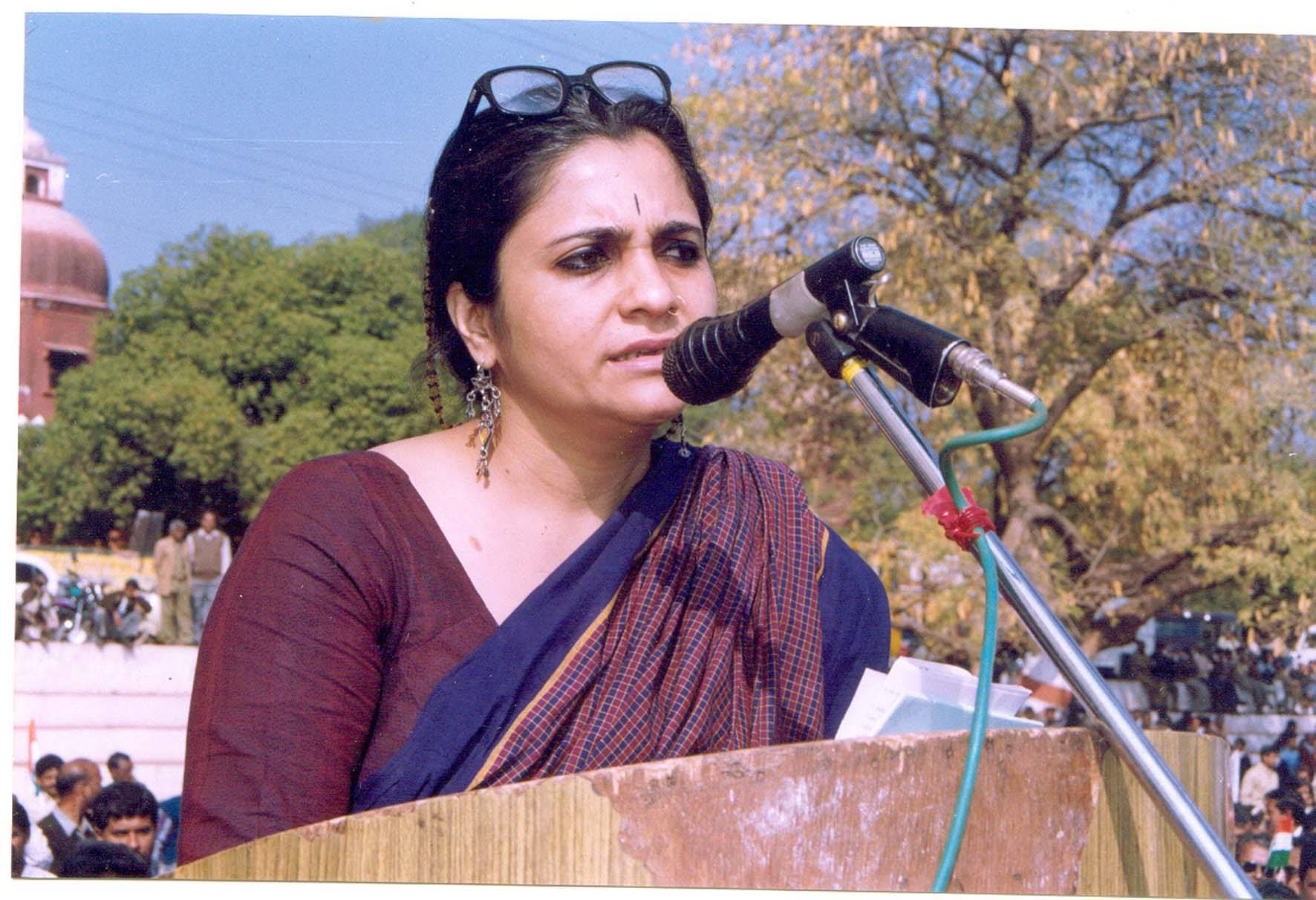 The CBI filed a chargesheet against Teesta Setalvad and her Sabrang Publications on January 3. Credit: Facebook

Kenneth Roth, executive director of Human Rights Watch wrote of a dangerous trend where rights are being viewed as an “impediment to majority will.” Meenakshi Ganguly, the South Asia director for Human Rights Watch additionally said,”India’s crackdown on civil society groups threatens the country’s rich tradition of people’s movements…..Instead of punishing the messenger by hindering their work, the government should engage with activists to improve access to rights and justice.”